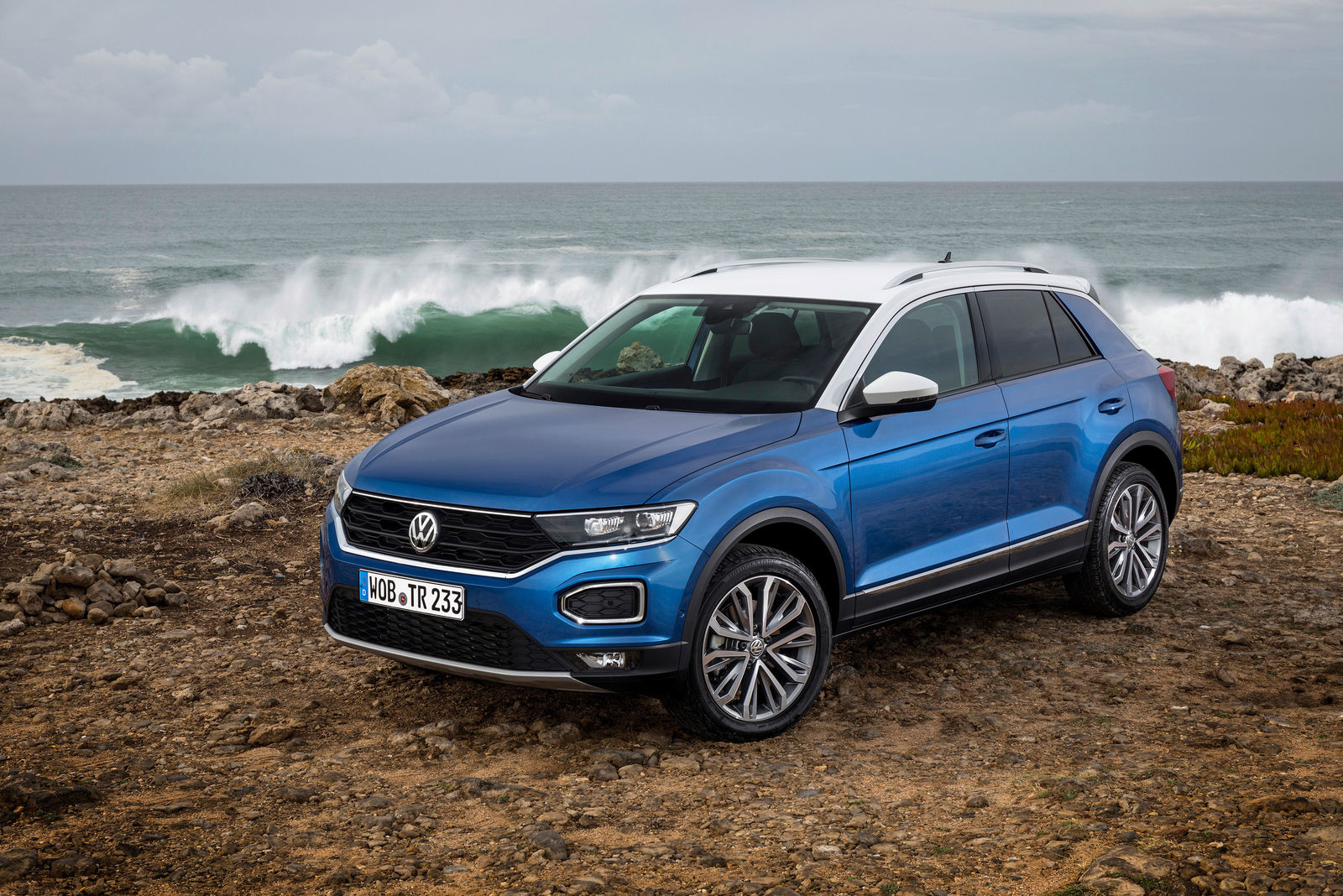 New Volkswagen SUV DNA. The design of the T-Roc follows a new expressive Volkswagen SUV DNA, which is similar to that of the Tiguan, Tiguan Allspace, Atlas and Teramont. It brings authentic off-road elements into harmony with dynamism and urban style. Essentially, the design of each new Volkswagen SUV will be interpreted individually based on this DNA. All SUV models are characterised by a unique design that is clearly unique to their product and market segment. The T-Roc illustrates this very well. It excites with a progressive design that right away etches itself into the mind as 'the T-Roc'. At the same time, however, it clearly remains a Volkswagen. Volkswagen Head of Design, Klaus Bischoff: "Volkswagen has created another authentic SUV with the new T-Roc. This car shows its underlying dominance. At the same time, however, in launching this crossover we are also bringing a very expressive and quite bold design to the streets. This emotional component makes it likeable. The T-Roc is therefore equally well suited for the urban world as it is for great adventures."

Sporty style. Visually and technically, the crossover also injects a powerful portion of dynamism into the compact segment. Klaus Bischoff again: "For me, the T-Roc is an SUV milestone, because it enriches the segment with an entirely unique and sporty style."

Dynamic proportions. The T-Roc is positioned in the segment beneath the Tiguan. Like that car, and the Atlas or Teramont, the T-Roc is based on the modular transverse matrix (MQB). Although these models share the same structural platform, they each have a completely independent body and interior layout. Thanks to the MQB, the development team was able to implement very dynamic proportions. This is especially true of the new
T-Roc. The crossover model is 4,234 mm long (252 mm shorter than the Tiguan), and it has a 2,590 mm wheelbase. The SUV's width is 1,819 mm (without exterior mirrors), and its height is 1,573 mm (4MOTION: 1,572). The relatively large width in comparison to the rather low roof structure underscores the vehicle's dynamic proportions. At the same time, the body's somewhat lower centre of gravity compared to other SUVs optimises handling properties. Its styling is also defined by its short overhangs (831 mm front, 800 mm rear) and large track widths of 1,546 mm (front) and 1,541 mm (rear).

Design of the side profile. The lines of the long, extended side profile are especially highlighted by a distinctive chrome element. It is a standard feature that upgrades every version of the T-Roc, extending from the
A-pillars over the entire side roof line and into the C-pillars. The latter are swept back, coupé-like, and have the visual look of a Targa bar in a longitudinal direction. Together with the chrome trim strips, they lend the side profile a fully unique dynamic character, whose form is reminiscent of that of a coupé. This effect is reinforced when the T-Roc is ordered in a bi-colour design. The new model is the first Volkswagen SUV that can be ordered in a two-tone finish with a visually contrasting roof section (including A-pillars and exterior mirror housings). Essentially, the chrome strip, additional light edges on the roof, roofline that descends coupé-like towards the rear, distinctive C-pillars and bi-colour paint make the T-Roc appear lower than it actually is. Connecting to the area beneath the window surfaces is the character line. This light edge is designed as a sharp undercut. To the left and right it meets the muscular wheel arches. A strong shoulder section has been created in the radius of the rear wheel arch. Rugged are the dark plastic, wrap-around, off-road trim pieces that protect the body in the area of the wheel arches, the side sills and the front and rear body.

Rear body design. The consistently horizontal layout of the rear body is structured over three levels. Viewed from top to bottom, there is the roof transition including the rear window; then there is the middle surface with LED tail lights in 3D design, the VW badge and central T-Roc signature in chrome; finally, there is the bumper area. This three-level structure gives the SUV a lower, wider and more sporty look. At the top on the left and right, the boot lid is framed by the chrome accents of the C-pillars. Towards the rear, the C-pillars are completely under the glass of the tinted rear window, which creates a strong impression of width. The styling of the rear bumper is just as distinctive as that of the front bumper. Upward and to the sides it frames the rear lid. On the sides of the bumper there are black plastic elements (in honeycomb design) and reflectors on the painted surface. On the lower-most level are the exhaust pipe trims towards the sides (in chrome look in the ‘Style' and ‘Sport') and a diffuser in the middle.

Notes:
Features and technical data of production models apply to models offered in Germany. Details for other countries may vary.
The T-Roc is a near-production concept vehicle. All performance, fuel efficiency and emissions figures mentioned in this press release are predicted figures, subject to official type approval, as of September 2017.