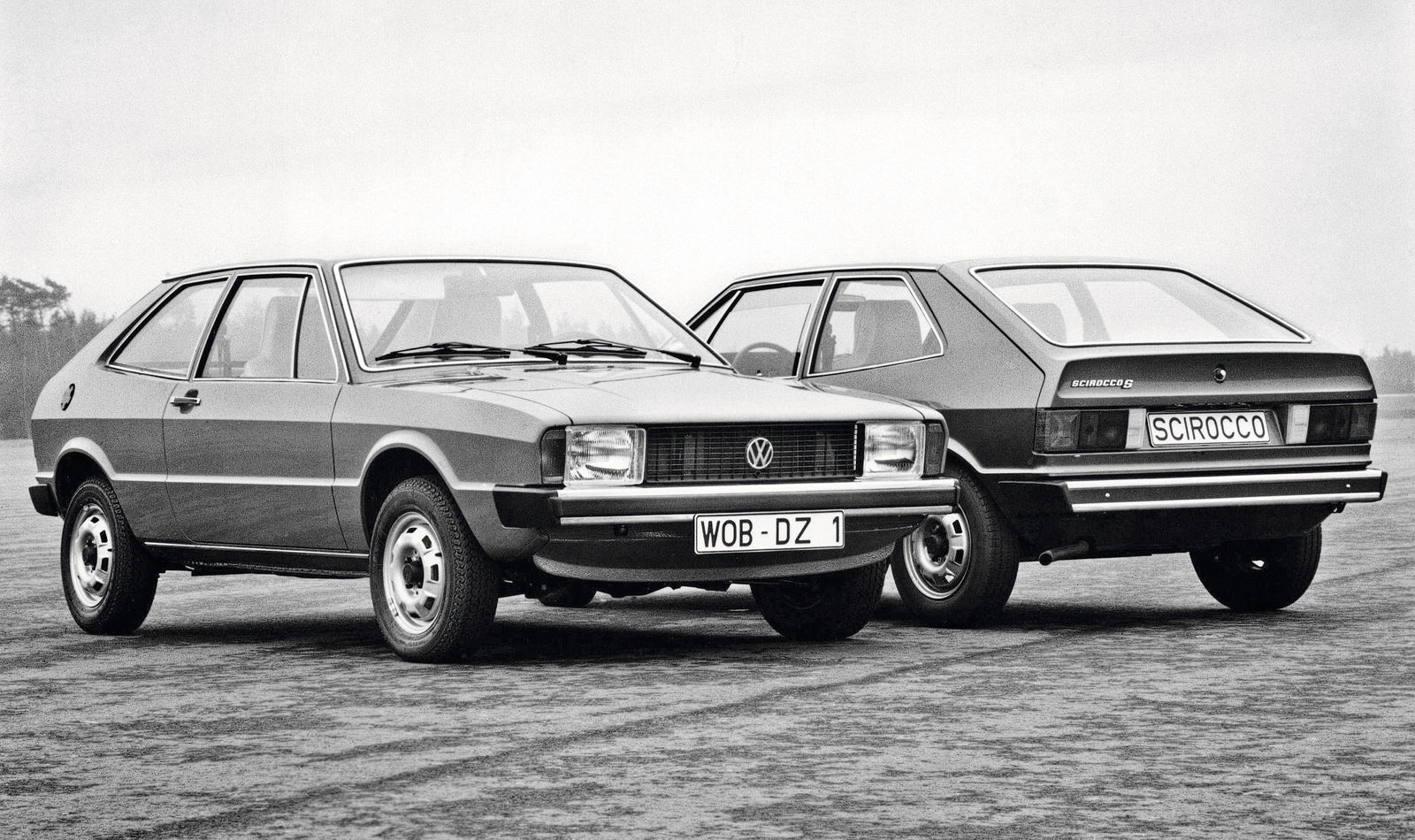 With its timelessly elegant body designed by Giorgio Giugiaro, also responsible for the Golf I, the Scirocco, named after an African desert wind, hit the 2+2-seater coupé segment like a whirlwind. This model with its large tailgate, which was produced by Karmann from 1974, featured the transverse engines and front-wheel drive system of the Golf. Depending on the trim level (L, TS, GT), the front end boasted rectangular or double headlights. The top model in the range was the GTI, introduced in 1976 with a power output of 81 kW / 110 PS, a top speed of 185 km/h and a larger front spoiler. The equally powerful GLi was a luxurious rather than a sporty version. Up to 1981, more than 500,000 units of the Scirocco I were sold throughout the world.

The Scirocco II was launched in 1981 with an elongated wedge-shaped body, softer lines and a rear spoiler installed above the rear window. The most powerful model in the series was the Scirocco GTX 1.8 16V with 102 kW / 139 PS. This was the first Scirocco to pass the 200 km/h mark. In terms of appearance, it also competed with the Golf GTI of the time, with its black wheel arch extensions, spoilers and side sills. Production of the Scirocco II, assembled by Karmann in Osnabrück, came to an end on September 7, 1992 after 291,497 units.

The first Scirocco, the successor to the Karmann Ghia Coupé, appeared on the market in 1974. Over a period of 18 years, 795,734 units of the first two Scirocco generations were produced. In 2008, Volkswagen launched a comeback of the Scirocco with the third generation. In mid-2014, Volkswagen carried out a major upgrade on the sports car and also added a 206 kW / 280 PS R version to the range. This coupé excelled as a nimble cruiser, a dynamic companion for commuters, a high-quality sports car for a visit to the racing circuit or simply as a charismatic all-rounder with its large tailgate.

It was billed as the first “fun car” from Volkswagen for the younger generation: The Scirocco desert wind conquered the hearts of fans in the early 1970s with a combination of Italian design and a completely novel technical concept. Amongst its fans was German rock star Udo Lindenberg.
Read on 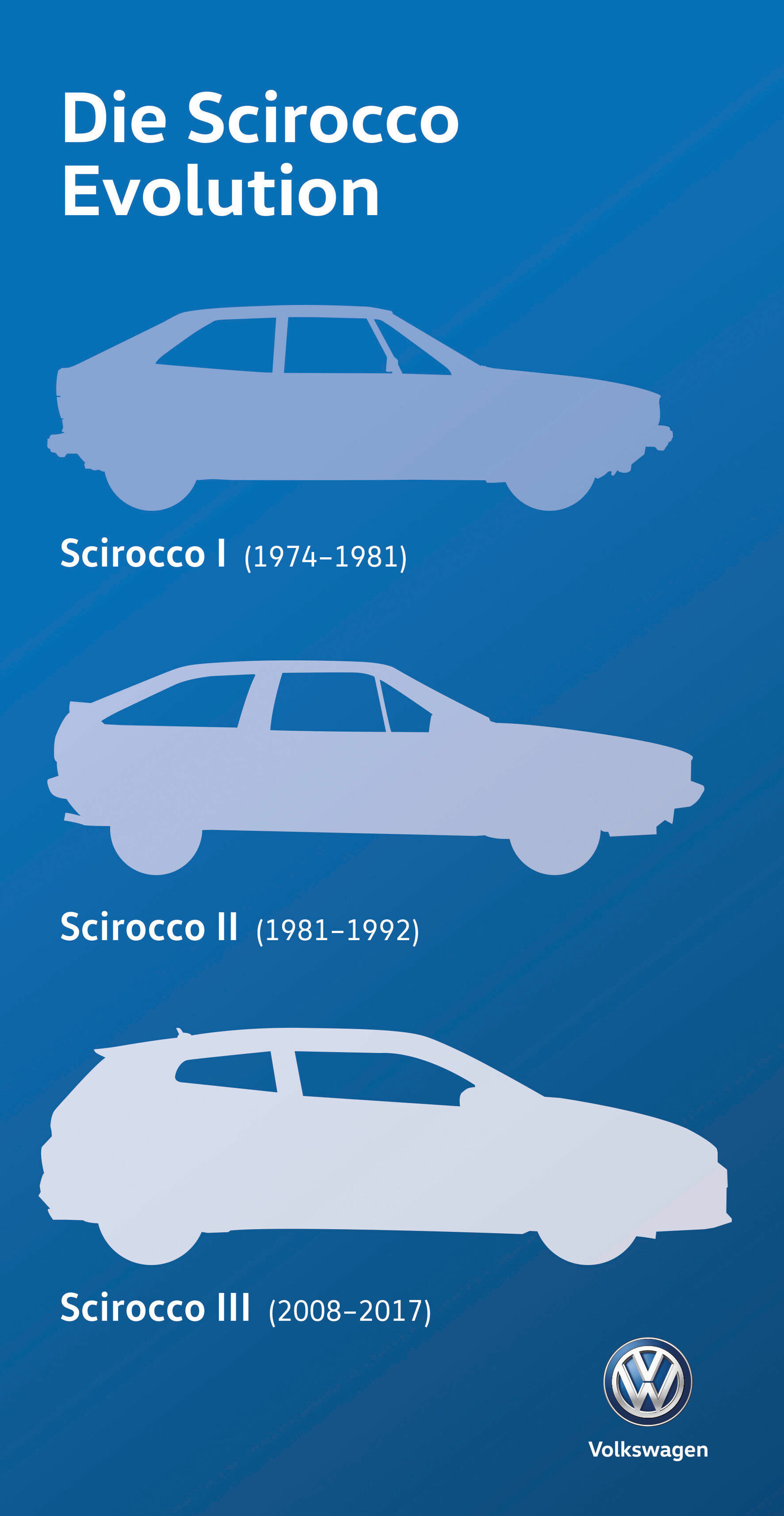 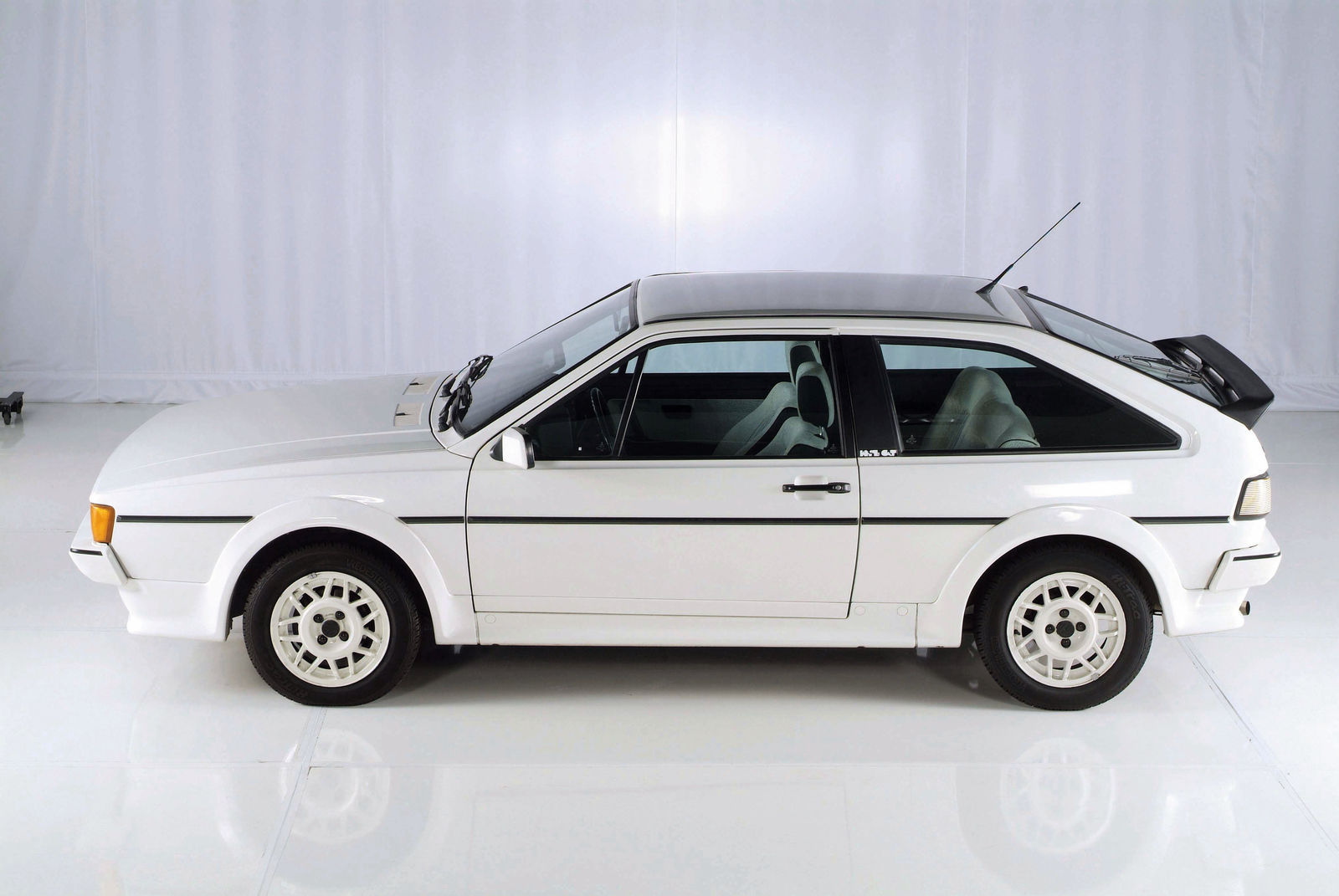 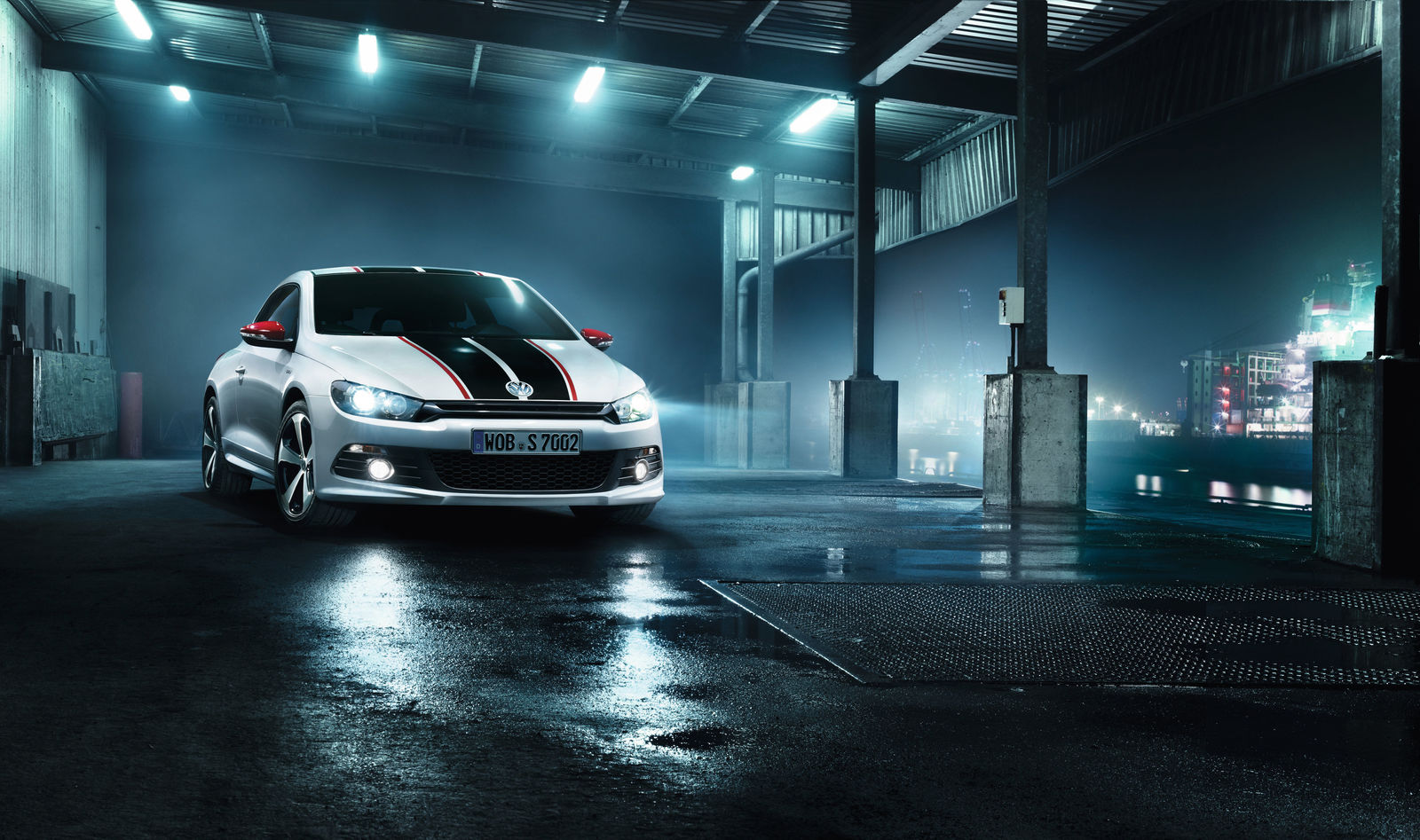