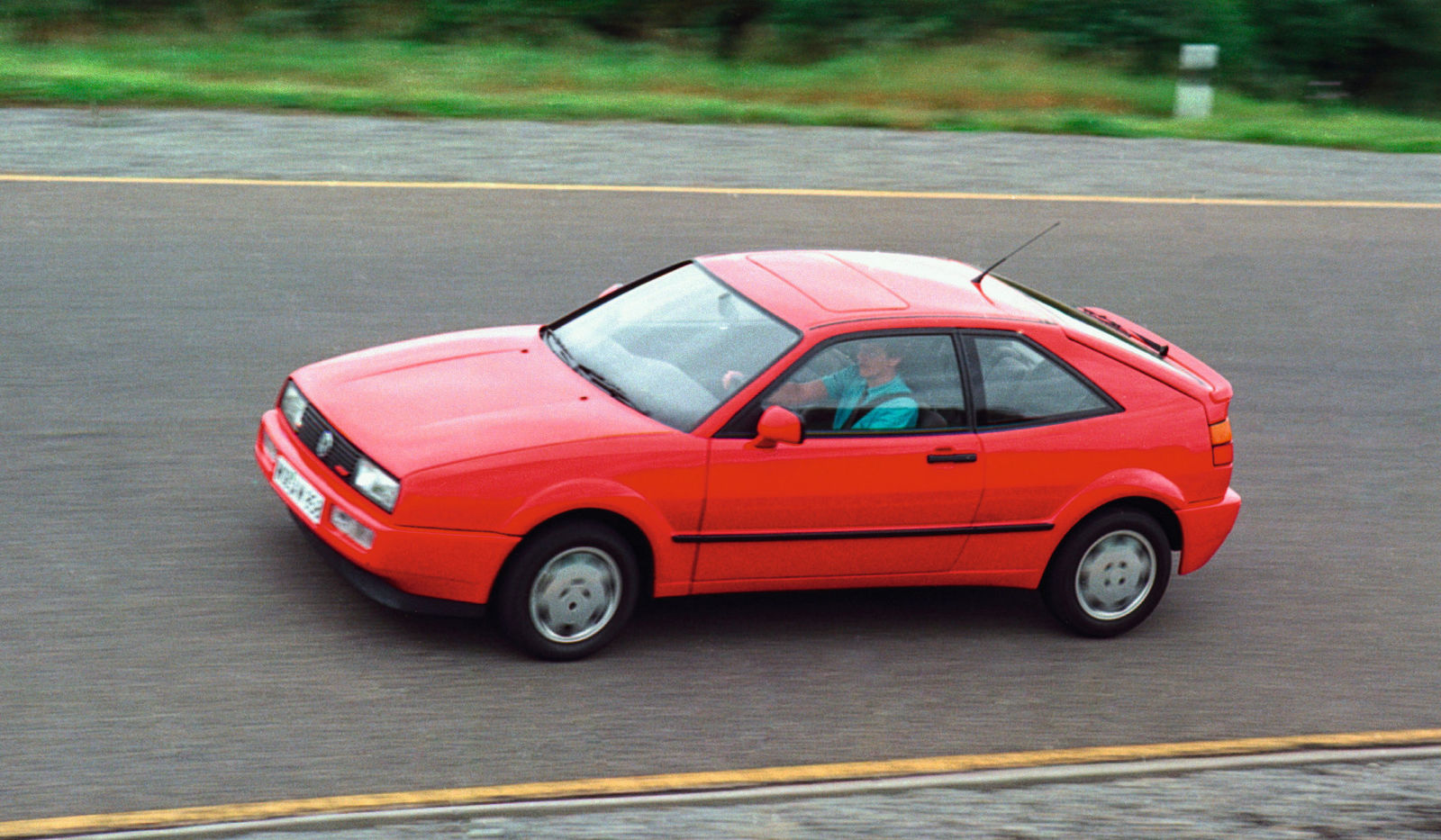 The Corrado, presented in August 1988, was positioned above the Scirocco II. The new sports car boasted thrilling features such as a rear spoiler which extended automatically at speeds above 120 km/h and a new G60 engine with scroll-type supercharger (“G-Lader”) and a power output of 118 kW / 160 PS. Smaller normally aspirated four-cylinder engines were also available. Later, the Corrado was available with a VR6 option – initially with 128 kW / 174 PS and then with 140 kW / 190 PS– another milestone in the history of Volkswagen powertrains for the coupé assembled by Karmann in Osnabrück. By 1995, 97,535 units of this sports model, also available with front airbags in the final year of production, had been produced. 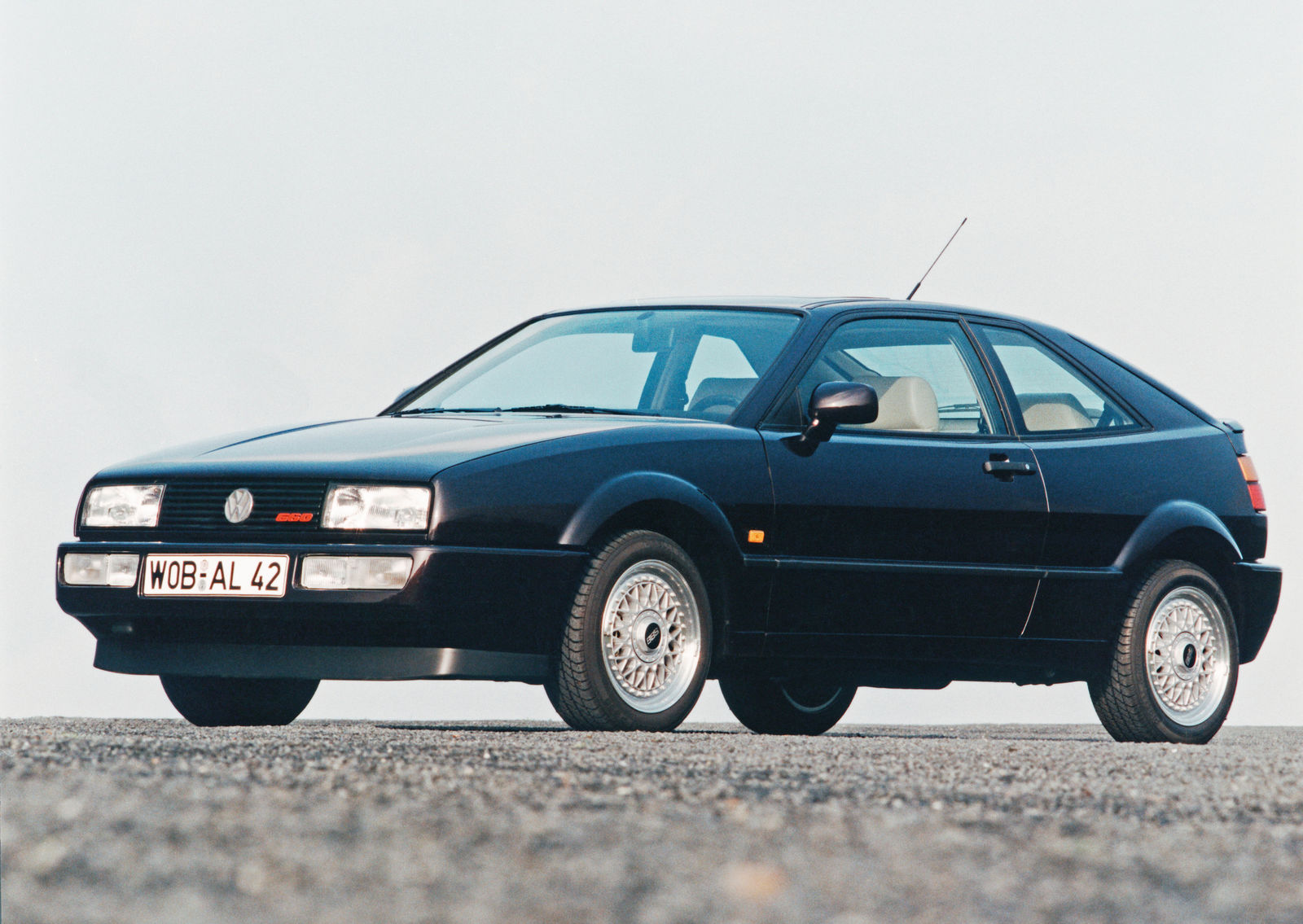 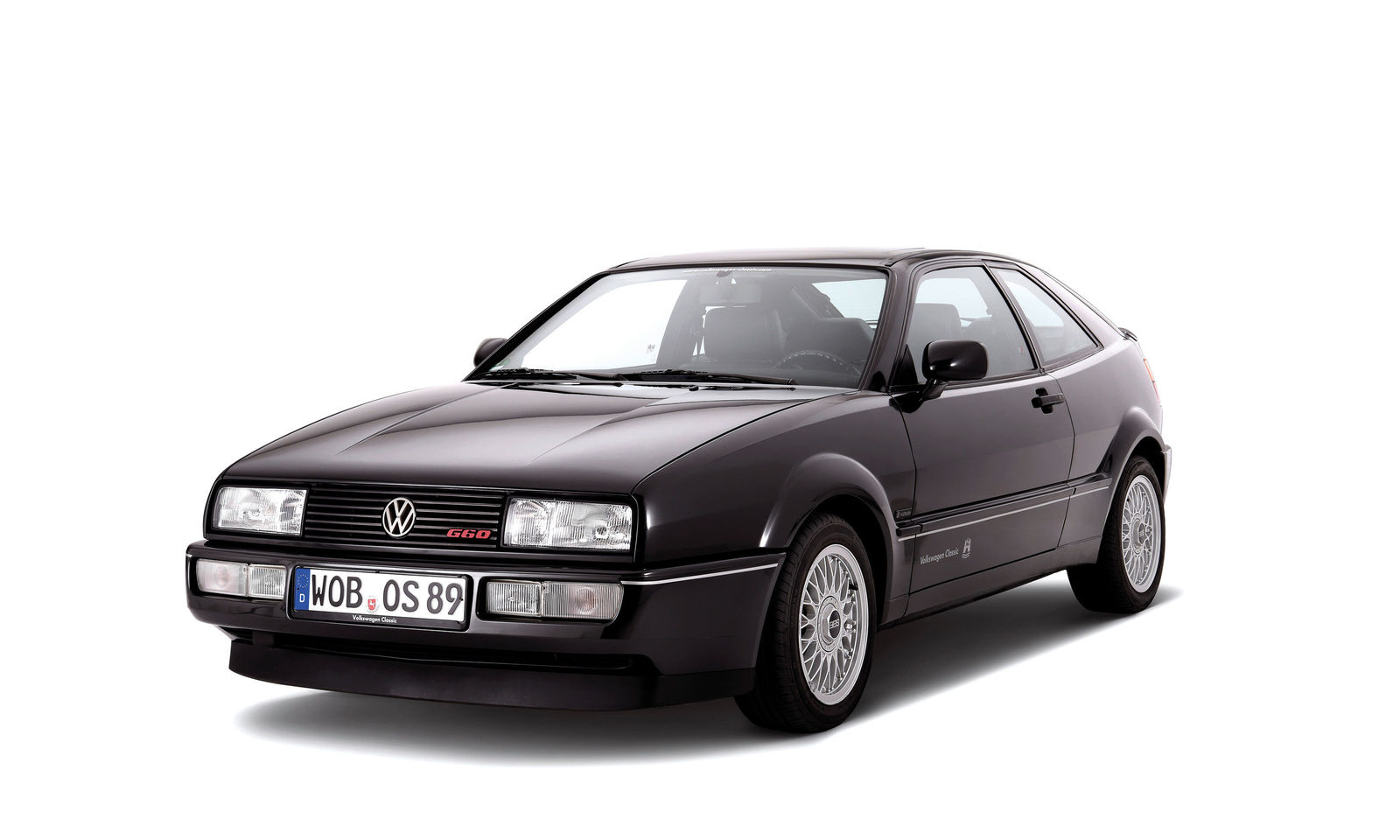 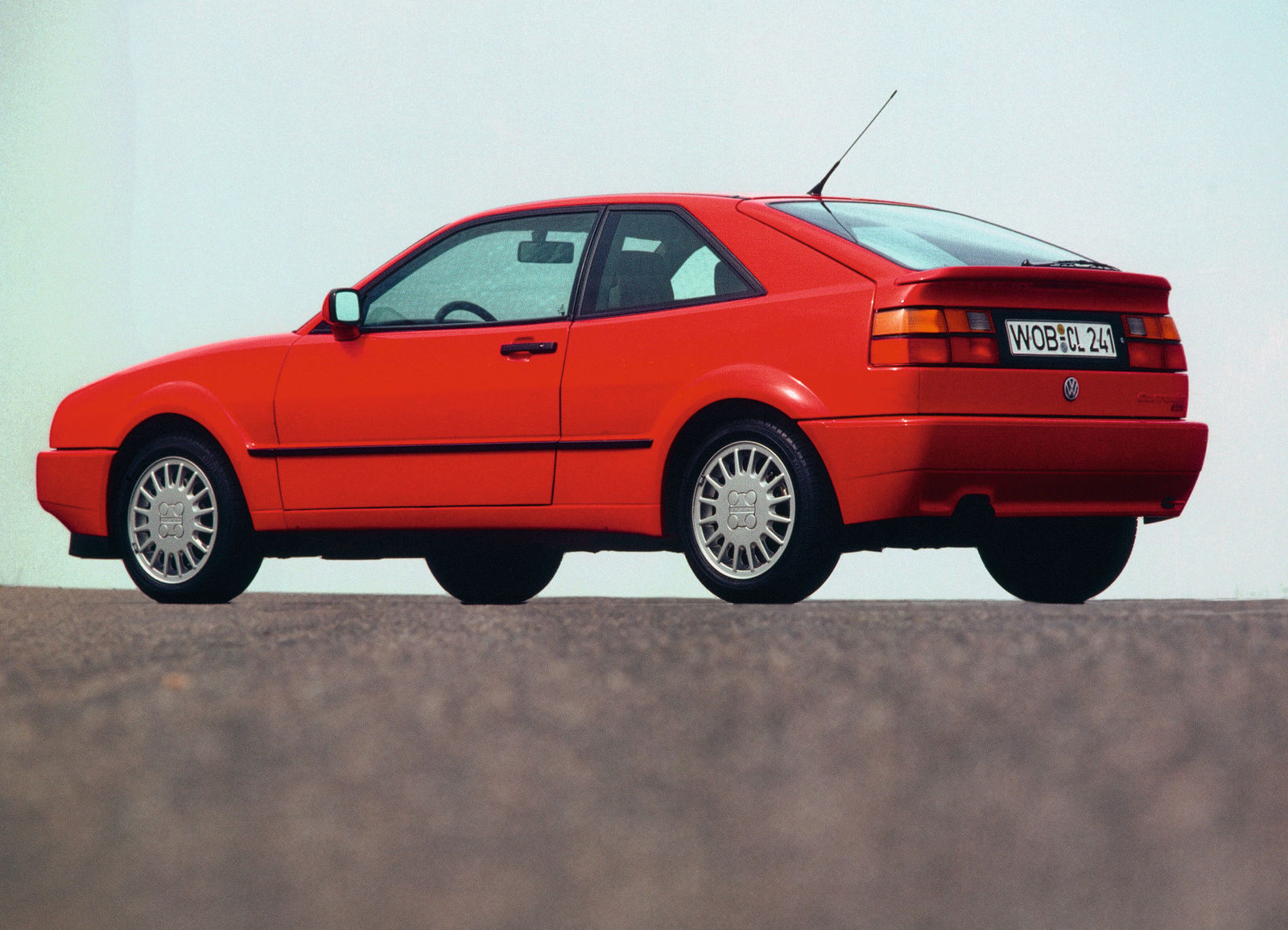 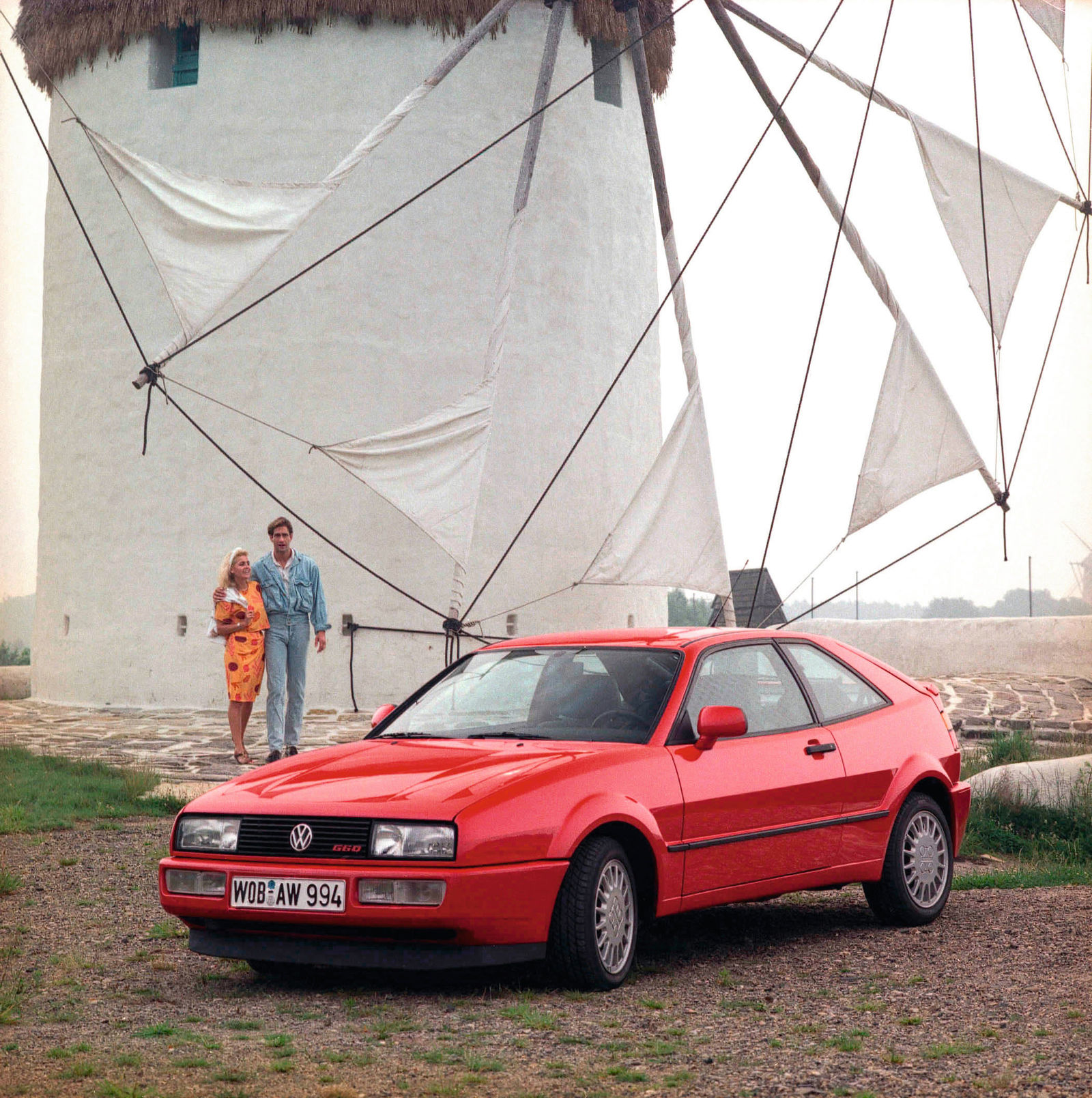 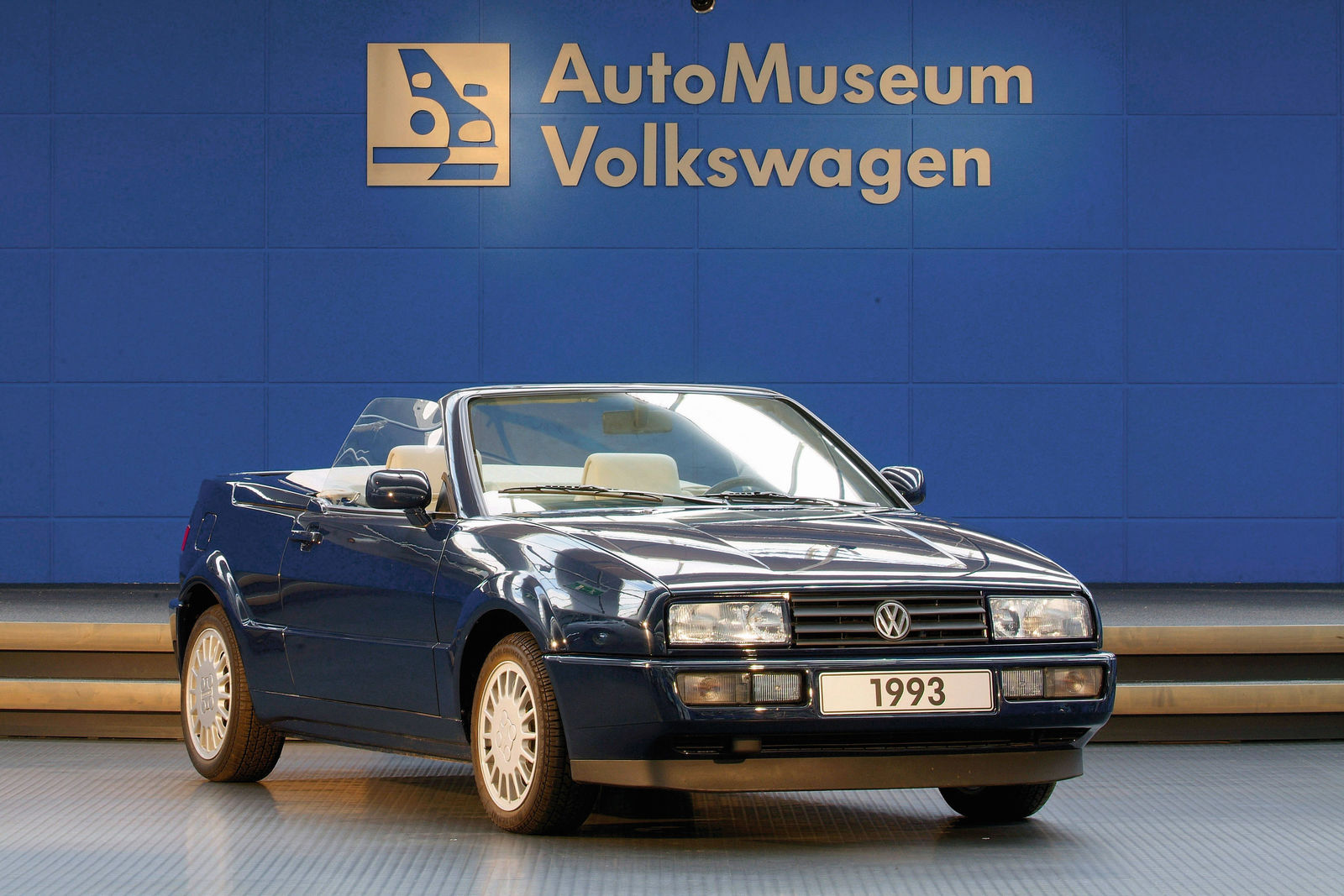