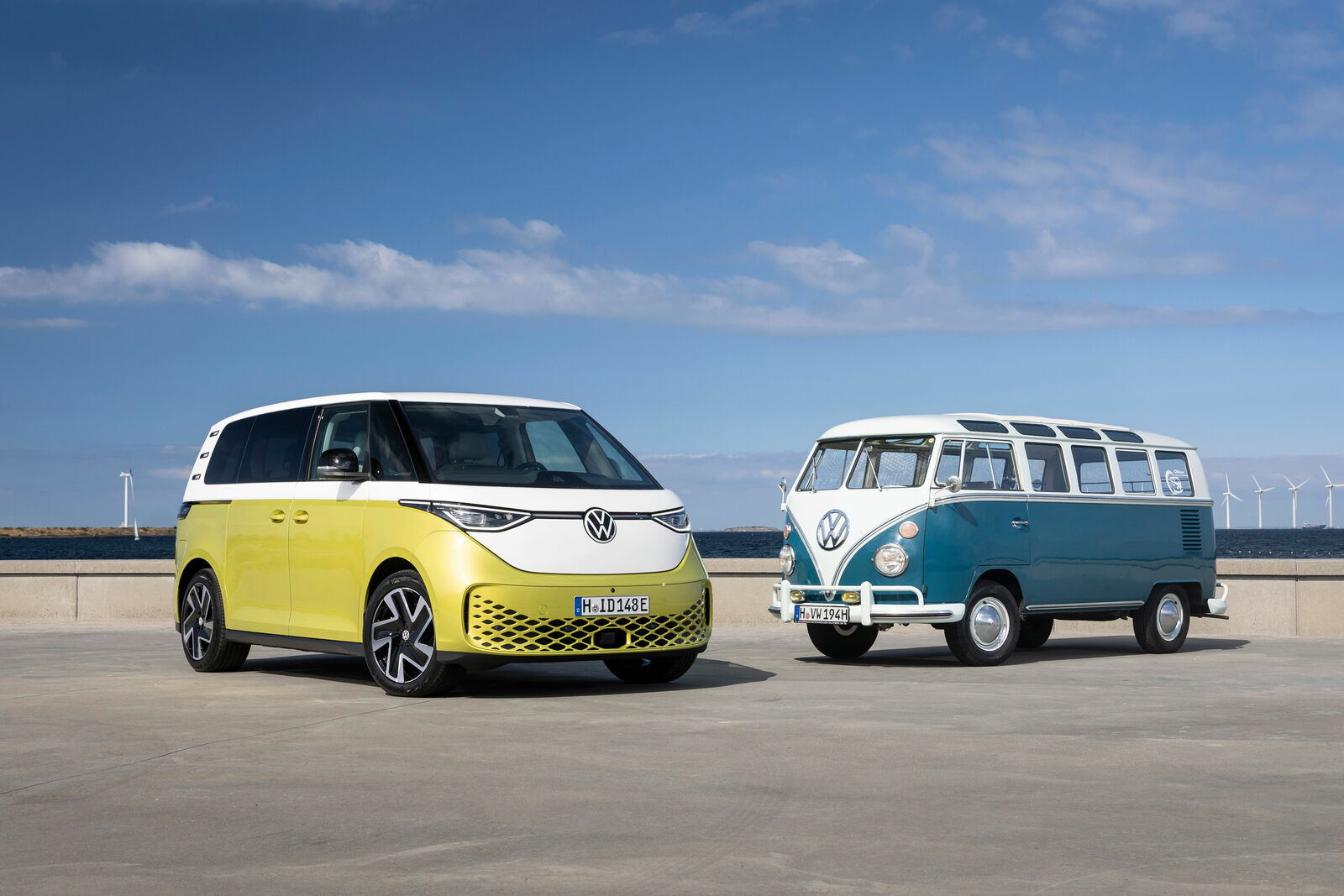 Iconic and aerodynamic. The design concept of the ID. Buzz concept vehicle shown as a world premiere in Detroit in 2017 has been systematically pursued for the full production version. That includes extremely short bodywork overhangs, maximum utilisation of space on a minimal vehicle footprint, splitting the bodywork design into an upper and lower level, and the iconic front in the style of the legendary T1 with a V-shaped bonnet between the charismatic headlights. Design already followed function in the case of the T1, the first Bulli ever. Form following function – this central tenet of automotive construction – applies to the design of the ID. Buzz too. The iconic, clear form is accompanied here by outstanding aerodynamics: the ID. Buzz has a drag coefficient of 0.29. That reduces electric power consumption and increases range.

LED lights as standard. Like the new Multivan, the ID. Buzz makes full use of LEDs. At the front there are charismatically styled LED headlights. The slim lateral bar between them is also finished as an LED strip. Integrated in the centre of the bar as a mark of homage to the T1 is the VW logo in larger format than on all other current Volkswagen vehicles. At the back the ID. Buzz differentiates itself from the T6.1 by the horizontally rather than vertically arranged LED tail lights, and through this detail shows a clear closeness to the new Multivan. Unlike in that case, however, the LED tail lights of the ID. Buzz are connected to one another for the first time on a Volkswagen Commercial Vehicles model by an end-to-end light strip. The ID. Buzz is being offered with the ‘IQ.LIGHT – LED matrix headlights’ as an option. They illuminate the carriageway and approaching corners interactively.