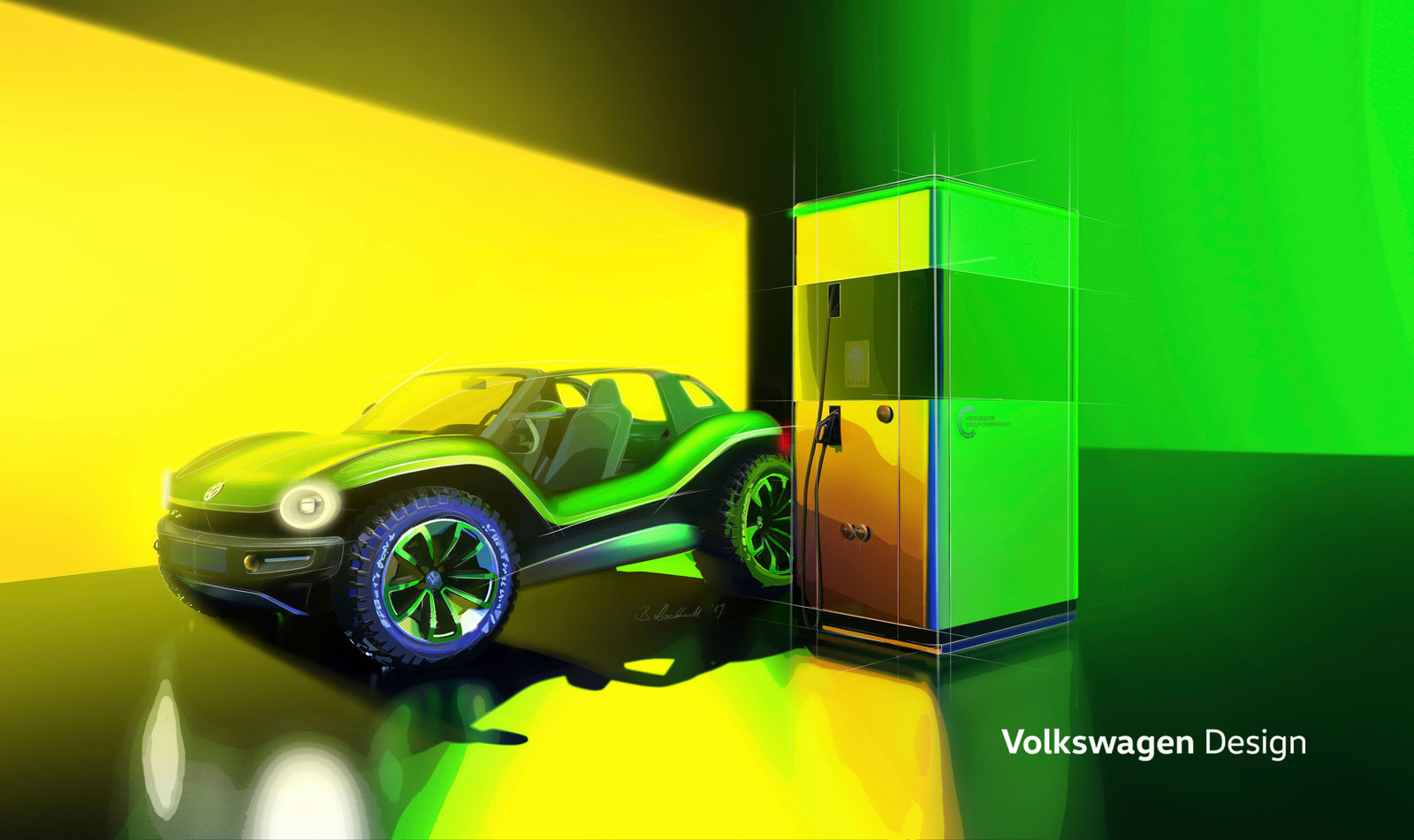 Charging anywhere in the world. In Geneva, the Volkswagen Group brand is demonstrating how charging can be realized and revolutionized in the future at any location – whether on the beach, at festivals, in the city or wherever: With the trade show premiere, a flexible quick-charging station. This can be set up temporarily or installed permanently.

Powerbank for e-vehicles. The concept for these mobile charging stations, which is close to series production, works on the principle of a powerbank, like the ones millions of people use for their smartphones when travelling – only much larger and more powerful. The charging capacity is up to 360 kWh (DC quick-charge technology with a maximum capacity of 100 kW). If the power level of the batteries installed in the charging station falls below a defined value, the discharged charging station is simply replaced for a charged one. However, if it is connected permanently to the mains supply, the battery pack permanently recharges.

Charging station as a building block of the energy revolution. If the station charges with electricity produced from renewable resources – such as solar or wind energy – this new charging station for the first time allows the sustainable electricity to be stored temporarily. This will make electric mobility CO2-neutral. Countries such as Germany, which feed in a high proportion of sustainably produced electricity into the grid following on from the energy revolution, will now for the first time be able to store a portion of this energy, as soon as the grid of quick-charging stations together reaches a defined volume.

One battery, two lives. The flexible quick-charging station is also twice as sustainable, As the station’s battery pack is technically related to that of the future ID. Family. This concept offers not only the advantage of scalability in versions with different capacities – but also a secondary use for older ID. models. Background: If a vehicle battery falls below a defined residual capacity during its life cycle, it is replaced. If this battery then passes an extensive test, if can be used in a mobile charging station and thus reused.

Production in Germany starting in 2020. Flexible fast charging stations will help to accelerate the expansion of the charging infrastructure. In 2020 Volkswagen Group Components will launch the production of new charging stations in the German component plant in Hanover and at the same time bring to the market the first models of the new ID. Family.