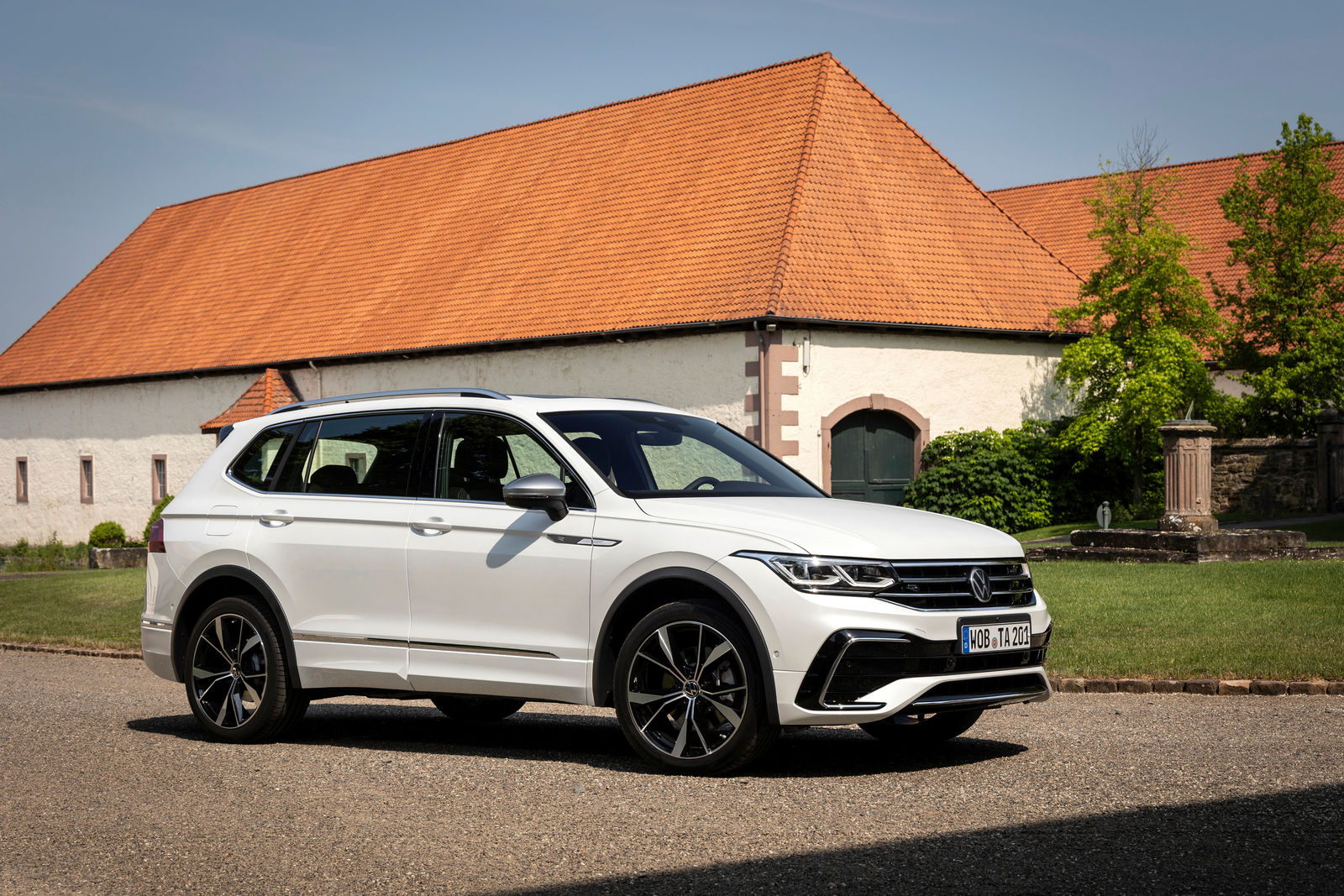 The Volkswagen SUV with up to seven seats

Top-selling SUV in Europe. Over two model generations, the Tiguan has developed into one of the most successful sport utility vehicles in the world. Ever since it made its début on the world stage at the 2007 International Motor Show (IAA) in Frankfurt, the car has been a mainstay for both the brand and the Volkswagen Group. The first extensive model update took place in 2011; in 2015, Volkswagen presented the completely new second-generation Tiguan, which was based on the modular transverse matrix (MQB). This Tiguan was launched in April 2016 and headed up Volkswagen’s global SUV campaign.

XL version is the crowning glory of the Tiguan second generation. The new XL version of the Tiguan was unveiled in 2017, featuring a longer wheelbase (110 mm extra), larger luggage compartment (145 litres extra) and unique front and rear ends. The SUV, which can be ordered as a five- or a seven-seater – in which case there is a third seat ro – is first manufactured at the Puebla factory in Mexico. SAIC Volkswagen produces an independent version for the Chinese market known as the Tiguan L at the Anting plant in Shanghai. In America and China, Volkswagen sells the second-generation Tiguan exclusively in its long version. Meanwhile, the long model variant is available as the Tiguan Allspace in Europe and many other markets.

Tiguan LWB and NWB. Internally, Volkswagen refers to the two wheelbase versions as Tiguan NWB (normal wheelbase) and LWB (long wheelbase). While both models are largely identical in technical terms, they differ primarily in relation to the front-end design, the space available in the passenger compartment, and the range of standard equipment. The five-seat European version of the more luxurious Tiguan Allspace (LWB) offers a luggage compartment volume of between 760 and 1,920 litres, whilst the seven-seater provides between 700 and 1,755 litres, and the five-seat Tiguan (NWB) offers between 615 and 1,655 litres. In 2018, SAIC Volkswagen expanded the powertrain range of the Tiguan LWB in China to include the Tiguan L PHEV with a plug-in hybrid drive.

Four factories, four time-zones. Since the Tiguan product line was launched in 2007, over 6.4 million units have been sold. At peak production times, a new Tiguan rolls of the production line every 35 seconds on average, with up to 2,500 units produced every single day. The four Volkswagen factories in which this versatile car is currently manufactured are spread across four time-zones and three continents. The site in Puebla, Mexico produces the Tiguan Allspace for countries in Europa, Africa, Asia and Oceania as well as the LWB versions of the Tiguan for North and South America. In Shanghai, SAIC Volkswagen manufactures the Tiguan L (LWB) for the Chinese market. The version with a normal wheelbase (NWB) is manufactured at Volkswagen’s main plant in Wolfsburg, Germany, for the markets in Europe, Africa, Asia and Oceania. The Kaluga plant, situated 170 kilometres south-west of Moscow, produces the Tiguan NWB vehicles for the Russian market and for neighbouring Central Asian countries. The top three markets for the SUV are China, the USA and Germany.