Sustainability – in harmony with the environment 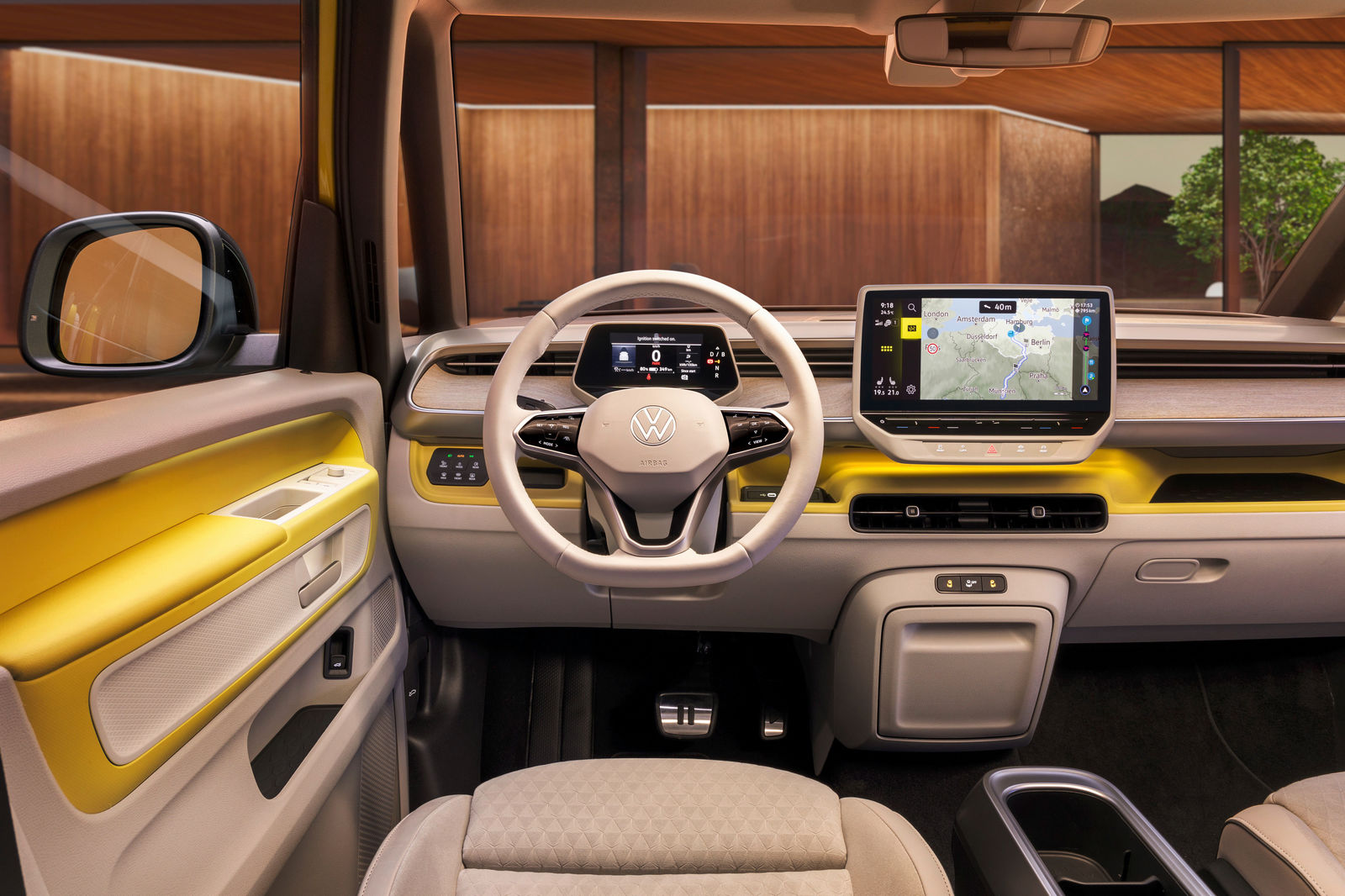 The new ID. Buzz and ID. Buzz Cargo are supplied on a carbon-neutral basis. What is meant by that is compensation of emissions from production in the German Hannover plant, the manufacture of all modules in factories of Volkswagen Group Components, and transportation up to the point of handover to customers all over Europe. Volkswagen Commercial Vehicles has set itself the objective in Europe of reducing the carbon footprint of all vehicles across their entire life cycle by 40 per cent of 2018 levels by 2030. The new ID. Buzz plays a key role in this. In essence, the electric drive system of the ID. Buzz and ID. Buzz Cargo works emission-free on the road. The carbon footprint is especially small if the battery is charged using renewable and thus environmentally friendly energy such as ‘Volkswagen Naturstrom’ from the Group’s own supplier Elli. In addition, Volkswagen is utilising a package of extremely innovative technologies and processes that make both versions of the ID. Buzz one of the world’s most sustainable model lines. The array of such measures starts with no use at all of leather or any other materials of animal origin. Two examples:

Over and above this, organically based vehicle paint and the use of renewable raw materials optimise the environmental characteristics of the two new ID. Buzz models. Part of being sustainable also includes the company’s promise to take back the high-voltage batteries at the end of their automotive life cycle and to prepare them for a second use – for example, as energy storage for a building’s solar panel system. It is also the case across the board that Volkswagen Commercial Vehicles gives a guarantee of eight years or 160,000 kilometres on the ID. Buzz battery.

Clever charging at home and on the road – easier than ever

Volkswagen is offering its own range of different wall boxes for vehicle charging. More and more owners of electric vehicles are using regenerative energy sources for this. In this context the optimal prerequisites for intelligent and sustainable charging of an ID. Buzz or ID. Buzz Cargo at home or at a business is an energy management system (EMS). It knows all the users’ requirements, thus enabling it to scale and manage their power supply intelligently. That makes it easier above all to charge vehicles with power generated via your own solar panel system. Furthermore, it is already possible even today using clever electricity tariffs and algorithms to charge the vehicle at precisely those times when a large amount of renewable energy is available. In this way, for instance, wind turbines do not need to be turned off because there are no consumers around. In 2019 alone, 6,500 gigawatt hours of renewable energy remained unused in Germany – 2.7 million electric cars could have been run on that for a whole year.

The potential, however, becomes even greater in combination with bi-directional charging – a pioneering technology that is due to be launched soon at Volkswagen: it enables electric cars to feed power that they don’t need into the domestic mains (vehicle-to-home) and thus in future also to make the power available for stabilising the grid. The new ID. Buzz and ID. Buzz Cargo will be coming onto the market with this technology already on board. Furthermore, it is the case that it will be possible in future to charge all other models of the ID. family with a 77-kWh battery bi-directionally. For vehicles that have already been delivered this technology will be available in a phased process via an over-the-air update. The power transfer and communication take place, where available, via a special DC bi-directional wall box.

Another smart solution simplifies charging while on the road: using the latest ID. software, the model line will in future offer the ‘Plug & Charge’ function as well. Using this function, the ID. Buzz authenticates itself at plug & charge compatible (DC) quick-charging stations via the charging connector, exchanging all necessary data with it in this way – a much more convenient arrangement. It works in detail as follows: as soon as the charging cable is plugged in, encrypted, secure communication based on what is known as the ISO-15118 standard begins between the ID. Buzz and the charging station. This authentication takes just a few seconds. Then the charging process begins – a charging card for payment is no longer necessary here. Billing is by ‘We Charge’ contract with Volkswagen. ‘Plug & Charge’ will be in use on the networks of Ionity, Aral, bp, Enel, EON, Iberdrola and Eviny. Discussion are also already taking place with other major suppliers.