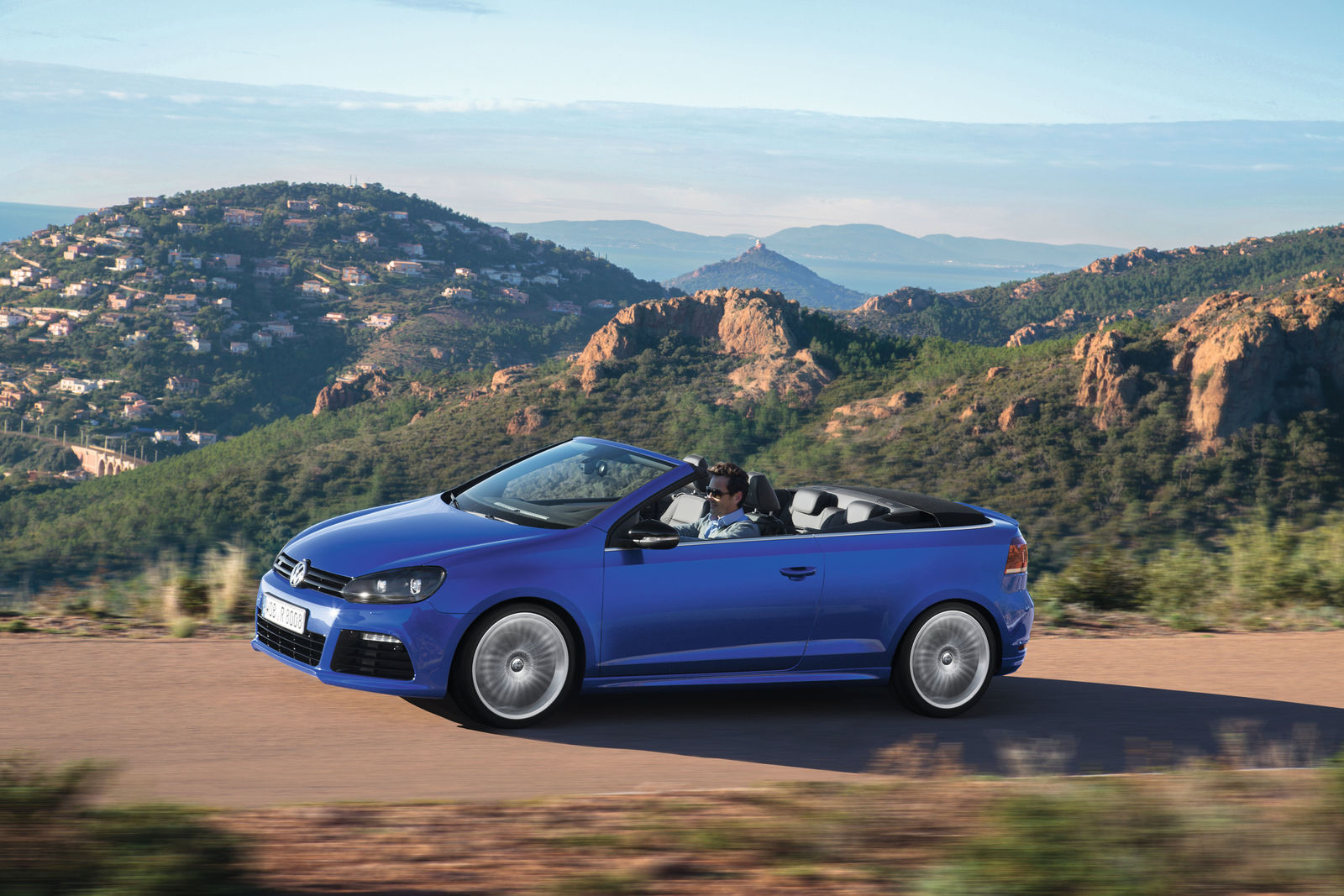 133.6 PS per litre displacement and 6-speed DSG. In the new Golf R Cabriolet, the turbocharger of the very flexible EA113 series direct petrol injection engine offers great variability right up to the highest power ranges. As already mentioned, the engine produces a strong 265 PS which is available from 6,000 rpm. The 1,984 cc four-cylinder engine's power-to-displacement ratio is a respectable 98.3 kW or 133.6 PS per litre. This makes the TSI engine very responsive. The in-line four cylinder engine builds up its impressive propulsive power via a turbocharger (up to 1.2 bar charge pressure) and an intercooler. The pistons of the four cylinder were equipped with reinforced bolts compared to the less powerful TSI versions. Engine designers also made the connecting rods stronger to transfer the high torque reliably to the crankshaft. Last but not least, the cylinder block was also reinforced to handle the higher engine forces. The TSI's power is transferred to the front wheels via a standard 6-speed DSG transmission.