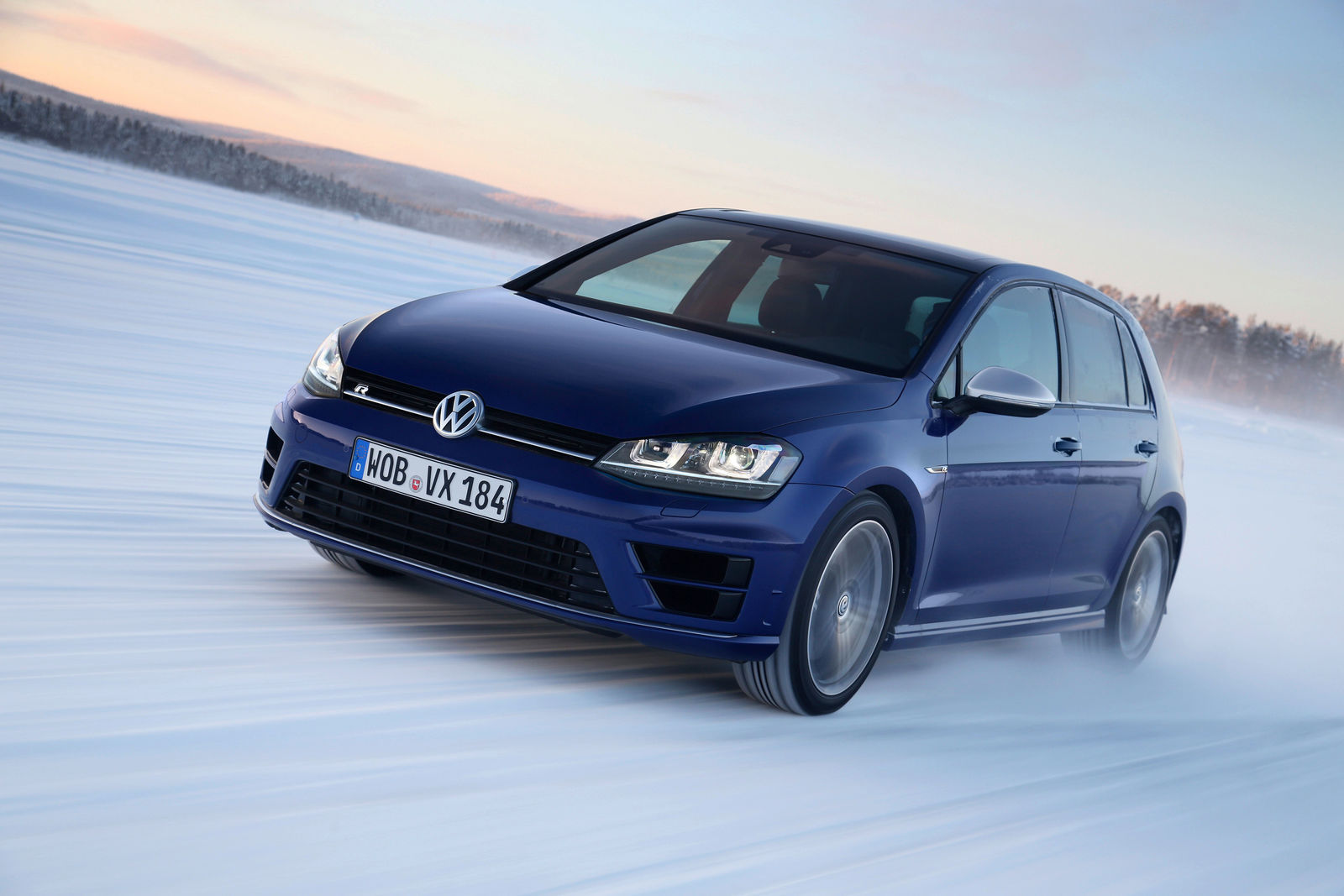 Power of the Golf R increased to 300 PS Fuel consumption with DSG reduced to 6.9 litres per 100 km

High-tech turbocharged engine. Like the current Golf GTI, the Golf R is powered by further advanced engine design of the four-cylinder EA888 engine series. Compared to the previous engine, numerous technical details were modified to reduce fuel consumption and emissions and at the same time to increase power and torque values. The engine has a newly designed cylinder head with four valves per cylinder, for example. Compared to the 169 kW / 230 PS Golf GTI Performance, designers boosted engine power of the Golf R by 70 to 221 kW / 300 PS (from 5,500 to 6,200 rpm), creating one of the most powerful four-cylinder engines. Maximum torque has increased 30 Nm to 380 Newton metres; it is available over a broad speed range from 1,800 to 5,500 rpm. To attain these values, the TSI, with a displacement of 1,984 cc, was subjected to a development programme similar to that of a motorsport engine. The following components were modified or completely redesigned compared to the already highly agile GTI engine: the cylinder head (together with exhaust valves, valve seats and springs), pistons, high-pressure injection valves as well as the turbocharger.

Efficient thermal management. The turbocharged direct petrol injection engines of the EA888 series all have innovative detailed solutions such as water-cooled exhaust gas channels running through the cylinder head to the turbocharger (to reduce efficiently full-load fuel consumption) and a dual injection system with direct injection and multi-port injection. Thanks to its new fully-electronic coolant control system, thermal management of the TSI in the Golf R is also much more efficient with a reduced warm-up phase; this reduces friction losses and fuel consumption. In addition, the TSI has variable valve timing with dual camshaft adjustment. In addition, valve lift on the exhaust side can be switched in two stages. This solution enables optimal control of the charge exchange process for better performance, fuel economy and low emissions.