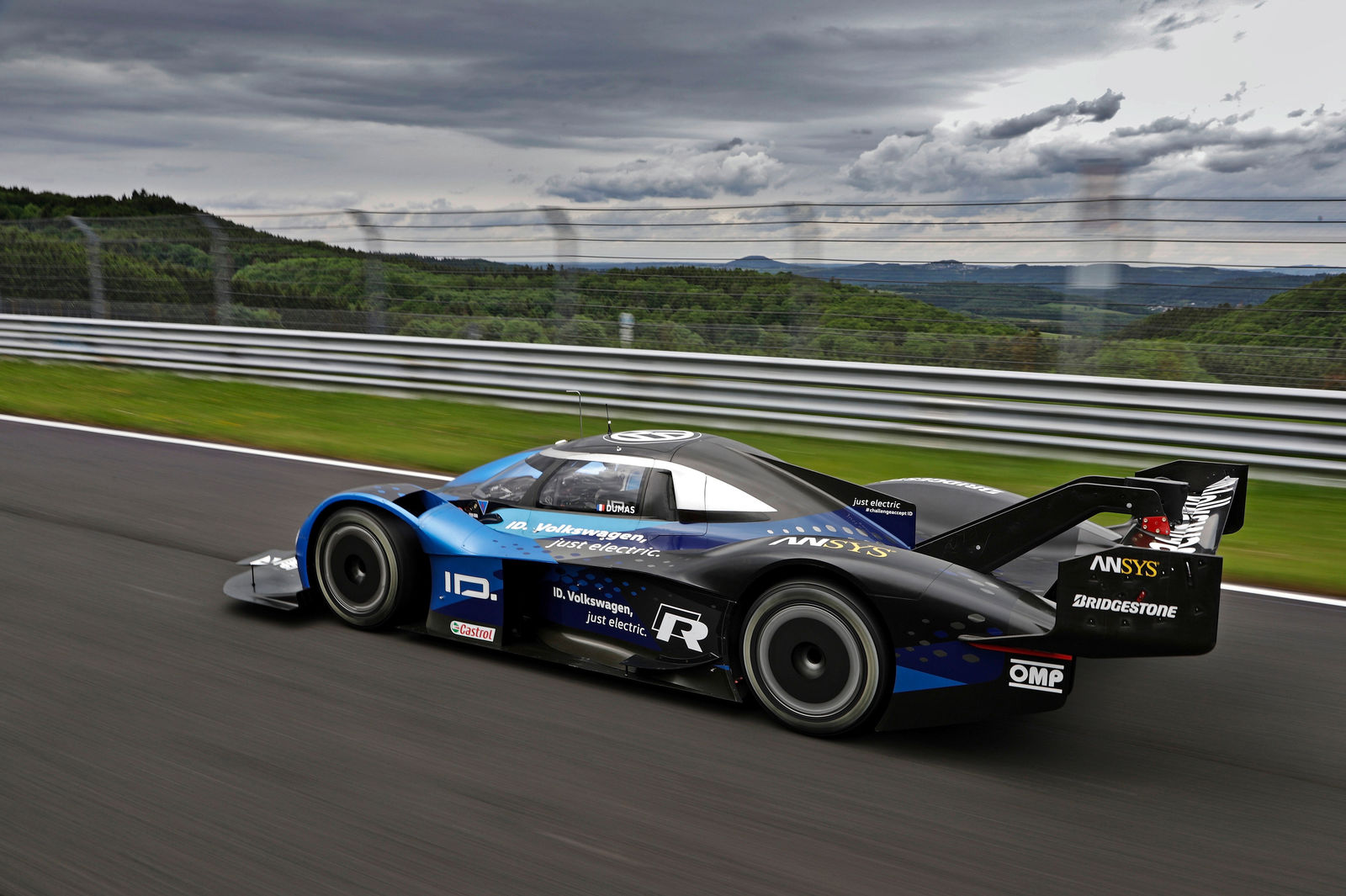 Volkswagen ID.R returns to Goodwood to defend its title

The Volkswagen ID.R is set to defend its title at the “Goodwood Festival of Speed” (4 to 7 July). Last year, Romain Dumas, at the wheel of the fully-electric race car, set a new record for electric vehicles at the prestigious race in the south of England. The Frenchman completed the 1.86-kilometre route of the Goodwood Hillclimb in just 43.86 seconds – the fastest time for 15 years. A mere five weeks after breaking the lap record for electric vehicles on the Nürburgring-Nordschleife, the ID.R – the sporty spearhead of the ID. family of fully-electric production vehicles – is ready to take on its next challenge.

“The electric drivetrain heralds a new era in production vehicles. Volkswagen is making an important contribution to this development with the ID. range, which is due to be launched soon,” says Dr. Frank Welsch, Member of the Board of Management of Volkswagen Passenger Cars brand with responsibility for Technical Development. “The Goodwood Festival of Speed is a fascinating bridge between the past, present and future of the automobile. As such, it is the perfect stage, on which to demonstrate the performance of Volkswagen’s electric technology.”

Volkswagen Motorsport Director Sven Smeets adds: “Last year, we lined up in Goodwood just three weeks after the record-breaking run on Pikes Peak and used the same technical configuration as we did at the hill climb. This year, we will field an ID.R that has been prepared specifically for Goodwood.” The engineers’ focus is on a drive configuration designed specifically for the short route. “We have developed another evolutionary stage of the ID.R – a sprint version with smaller batteries, in order to further reduce weight,” says François-Xavier Demaison, Technical Director at Volkswagen Motorsport. “We have also opted for a far more aggressive energy management strategy for the short distance. You need very high output for a very short time for the sprint in Goodwood.” 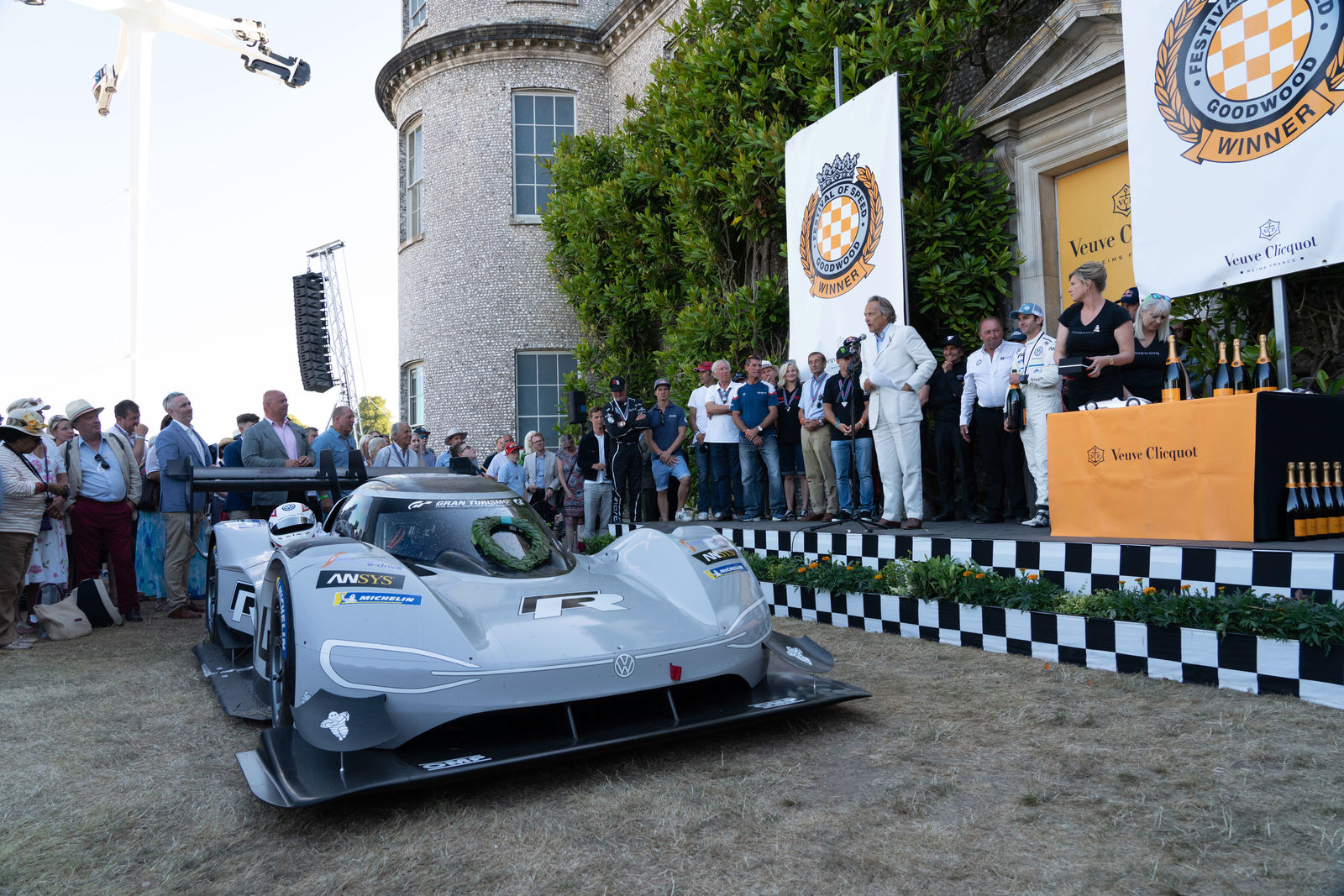 Tradition meets the present day: the Goodwood Festival of Speed

Since it was held for the first time in 1993, the Goodwood Festival of Speed has developed into one of the world’s biggest motorsport events, attracting roughly 180,000 visitors every year. They are treated to a weekend of show drives and timed races featuring motorcycles, rally cars, and racing and Formula cars from every era of motorsport. Motorsport legends go head to head with the current crop of professional racing drivers on a 1.86-kilometre sprint route and a 2.5-kilometre gravel track. “The atmosphere in Goodwood is unique,” says Volkswagen driver Romain Dumas. “Nowhere else in the world will you find so many famous drivers and legendary race cars in one place.” And very few events offer such a fine opportunity to observe how automotive technology has developed over the decades.

Video: The electric record-breaking run of the ID.R at the 2018 Goodwood Festival of Speed 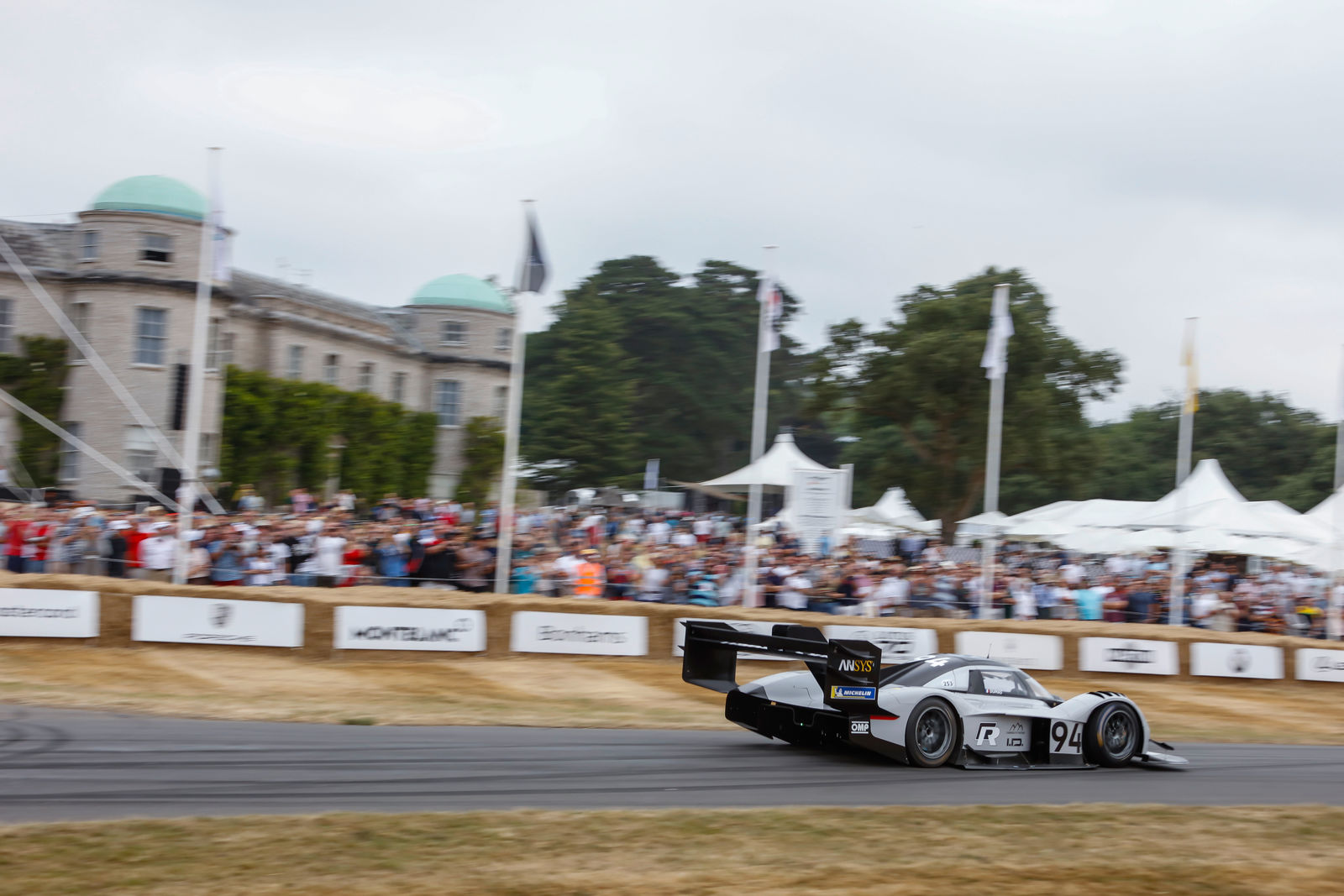