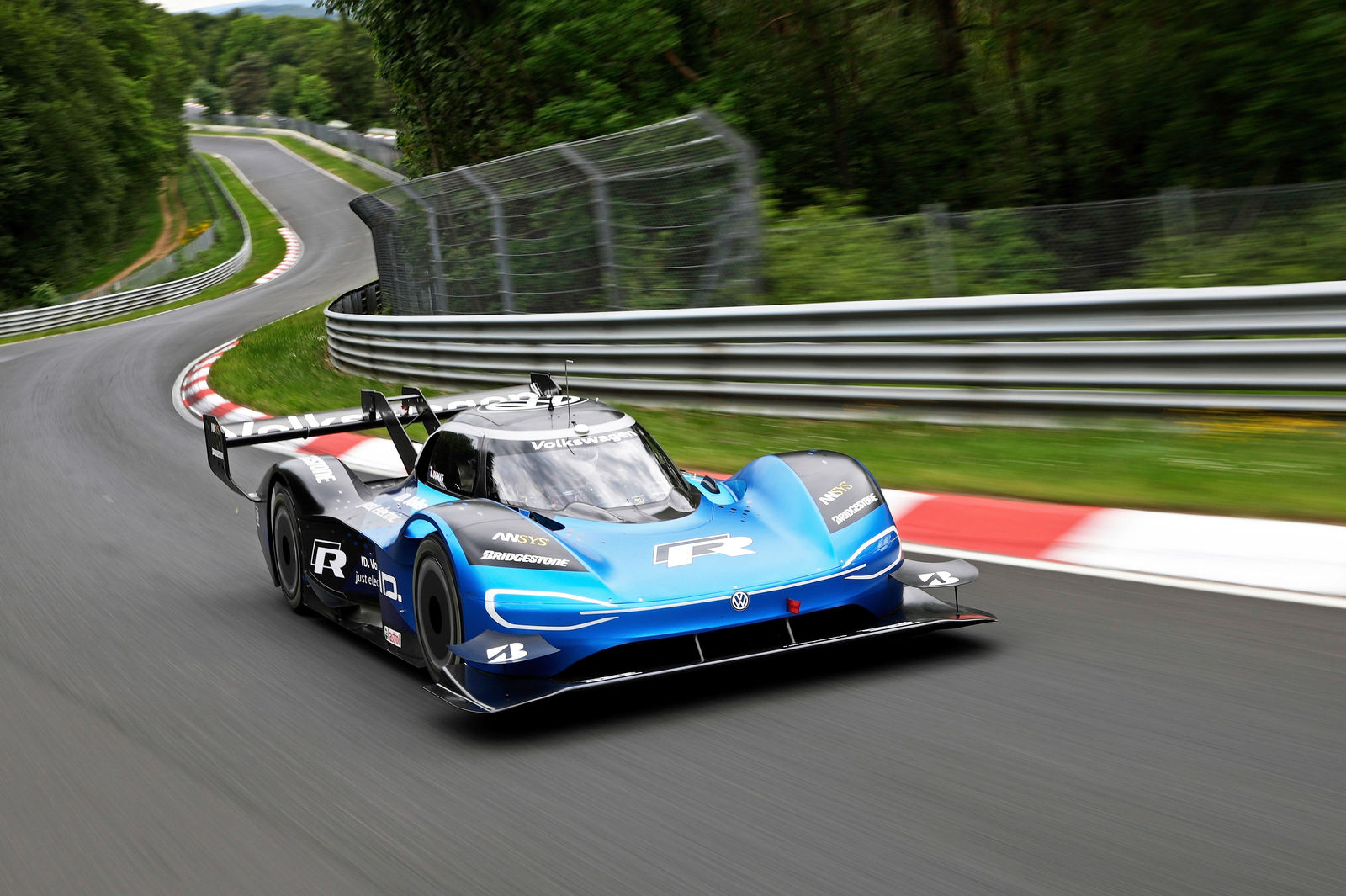 Volkswagen ID.R is “Electric Racing Car of the Year”

The “Electric Racing Car of the Year” award was presented to the fully-electrically driven Volkswagen ID.R at the “Race Night” on the eve of the Essen Motor Show. This year’s auto show (30 November to 8 December 2019) is once again proving to be a major attraction for car and motorsport fans from all over Europe. The prize, awarded by Auto Bild sportscars and Auto Bild motorsport, acknowledges the technology and successes of the 500 kW (680 PS) electric racing car, which has set five records in four countries, on three continents, in the past two years.

“I am delighted that the ID.R has been chosen as the racing car of the year in the Electro category this year”, says Volkswagen Motorsport Director Sven Smeets, who picked up the prize at the Race Night. “I receive the trophy as a representative of the entire Volkswagen Motorsport team, which has performed so magnificently over the past two years. This prize also acknowledges the engineers and technicians behind the project, who are often away from the limelight but contribute hugely to its success.” 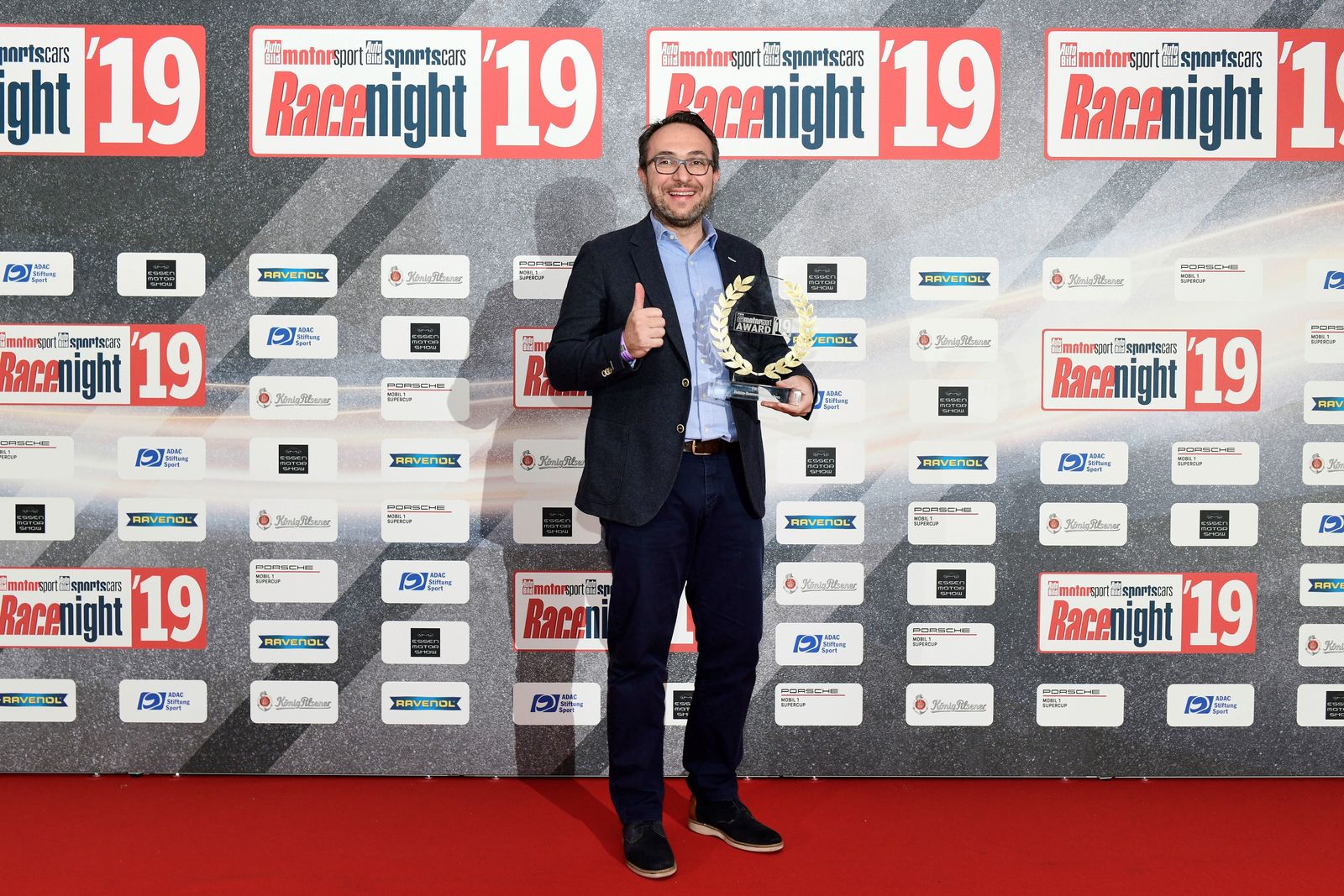 Volkswagen Motorsport Director Sven Smeets, who picked up the award at the “Race Night”.

The development of the ID.R began at the end of 2017 and, behind the wheel of the racing car, Frenchman Romain Dumas set the first record at the Pikes Peak International Hill Climb in Colorado (USA) in June 2018. The dynamic duo then proceeded to break the electric record at the Goodwood Festival of Speed (GB). Dumas claimed three more records with the ID.R in 2019: the ID.R now holds the record for the fastest lap by an electric car on the Nürburgring Nordschleife, as well as securing the overall track record in Goodwood and at Tianmen Mountain in China.

Live at the Essen Motor Show: ID.R and ID.3 alongside the new T-Roc R
In addition to seeing the ID.R – and “driving” it themselves in a realistic simulator – visitors to the Essen Motor Show can also get up close to the first member of the ID. family made for the road: alongside the electric racing car, Volkswagen will also be showing the new ID.3 to a wider audience – at Volkswagen Stand 3A43, in Hall 3. Volkswagen is also presenting the new T-Roc R – the sporty, top-of the range model with 221 kW (300 PS) – in Essen. A special one-off version of the T-Roc R with special emblems and a modified suspension rounds off Volkswagen’s presence at the motor show.

Customer racing teams introduce themselves to fans
Customer racing is once again playing an important role at this year's Essen Motor Show, including with the all-female “Girls only” team in the Golf GTI TCR. The team and drivers Carrie Schreiner (D) and Célia Martin (F) are planning to compete in the VLN Endurance Championship Nürburgring and the Nürburgring 24-hour race in 2020. The team will be talking about their experiences in the 2019 season in Hall 5, at stand 5D19, on Saturday.

The Max Kruse Racing (MKR) team will also be in attendance. Volkswagen driver Benjamin Leuchter (D), who also competes in the WTCR – FIA World Touring Car Cup, as well as MKR driver Jasmin Preisig (CH) will be available to answer questions and sign autographs at the Eibach stand in Hall 3, stand 3A17. The racing team's Golf GTI TCR will also be on display.