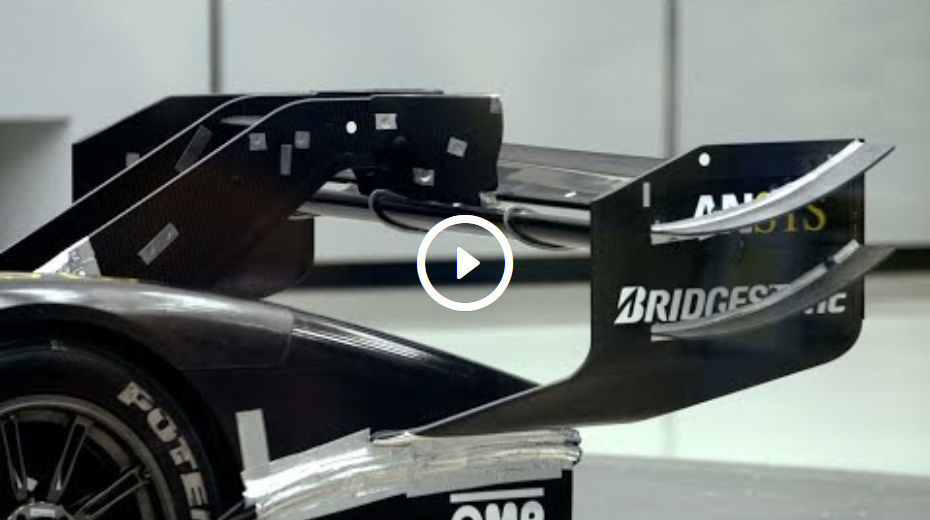 Volkswagen has set itself a new challenge with the ID. R this year – the Nürburgring-Nordschleife instead of Pikes Peak. A race track instead of a hill climb. Full-throttle sections instead of hair-pins. Because of this, the fully electric-powered ID. R has been continuously developed with respect to its aerodynamics.

“Though almost identical in length at roughly 20 kilometres, the Nordschleife presents a completely different challenge for aerodynamics in comparison to the hill climb at Pikes Peak,” says François-Xavier Demaison, Technical Director of Volkswagen Motorsport. “In the USA it was all about maximum downforce, but because the speeds are a lot higher on the Nordschleife, the most efficient possible battery use is of much greater importance with regard to the aerodynamic configuration.”

On the Nordschleife, it is not primarily about downforce, but low drag as well. Furthermore, the air in the Eifel, which sits about 600 metres above sea level, is much denser in comparison to Pikes Peak, where the finish line is 4,302 metres high. “This results in completely different basic data for the measurements of the aerodynamic aids,” explains Hervé Dechipre, the engineer responsible for the ID. R’s aerodynamics.

As well as an adapted floor and a new spoiler at the front of the vehicle, the ID. R will also sport a newly designed rear wing. It will be much lower than the variant used at Pikes Peak, in order to provide less surface resistance to the flow of air. The new multi-wing rear of the ID. R will nevertheless produce high downforce in the medium-fast turns of the 73-corner Nordschleife.

A difference to Formula 1: saving energy instead of overtaking

To further reduce the drag in certain sections, the rear wing will deploy technology known from its use in Formula 1 – the so-called Drag Reduction System (DRS). In the pinnacle class of motorsport, DRS is used in order to facilitate overtaking by allowing for higher speeds. During the ID. R’s solo-drive, however, the opening element of the rear wing will be used exclusively to preserve the remaining energy reserves. “Between when the rear wing is fully deployed and when it is flat, the difference in downforce is about 20 per cent,” explains Dechipre.

With the ID. R as the racing spearhead of the future fully-electric production vehicles from the ID. family, the high potential of electric drive is combined with the emotion and fascination of motorsport. In this respect, there are not only technical, but aesthetic parallels as well. Similar to the future production vehicles from the ID. family, the ID. R also requires comparatively few openings in the bodywork to allow cooling air to flow. “The electric motors operate with little cooling,” says Dechipre. “The ID. R therefore requires fewer air intakes than conventional race cars, which brings with it a great aerodynamic benefit.”

Tests in wind tunnel with models and the actual vehicle

As with the preparations for the record-breaking outing at Pikes Peak last year, Volkswagen has tested the ID. R’s aerodynamics in the wind tunnel – initially with a 1:2 model. The next step was to continue this detailed work with the original sized race car. “By doing this, we could simulate the movements of the ID. R when braking or steering, as well as the resulting changes in aerodynamics,” describes Dechipre.

In order to be able to test as many variants as possible of the aerodynamic components that were also constructed using computer simulations, Volkswagen Motorsport once again took advantage of 3D printing. As a result, particularly complex designed plastic vehicle parts (that undergo only minimal loads) can be made in a short time and with high cost savings. “A good example of this is the air deflectors in front of the rear wheel arch, which optimise the airflow around the rear wheel,” says Dechipre.

On the high-speed sections of the 20.832-kilometer Nordschleife, these can make all the difference to the ID. R’s ability to undercut the existing electric lap record of 6:45.90 minutes, and thereby lay down a clear statement as to the performance capabilities of electric drive from Volkswagen. 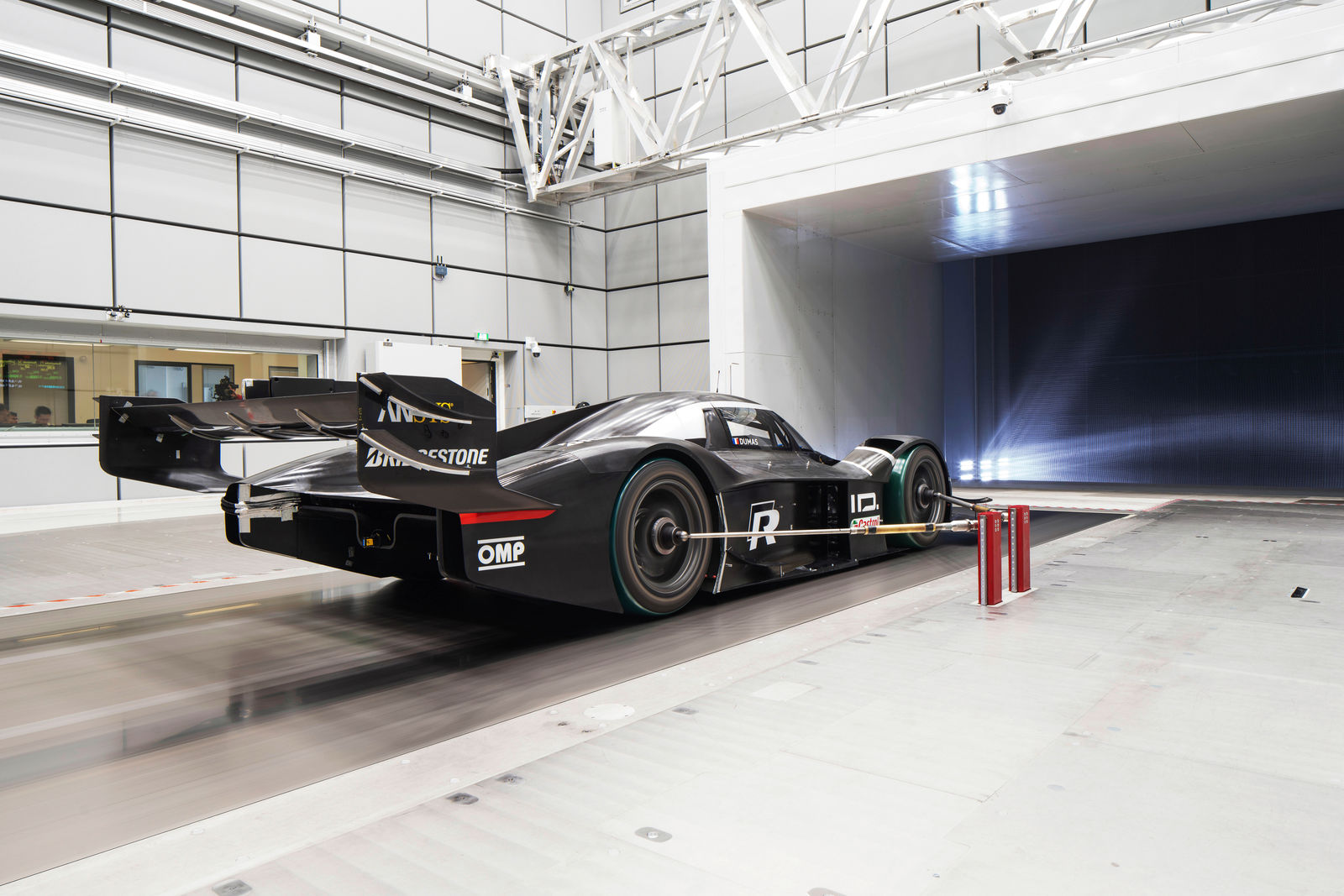 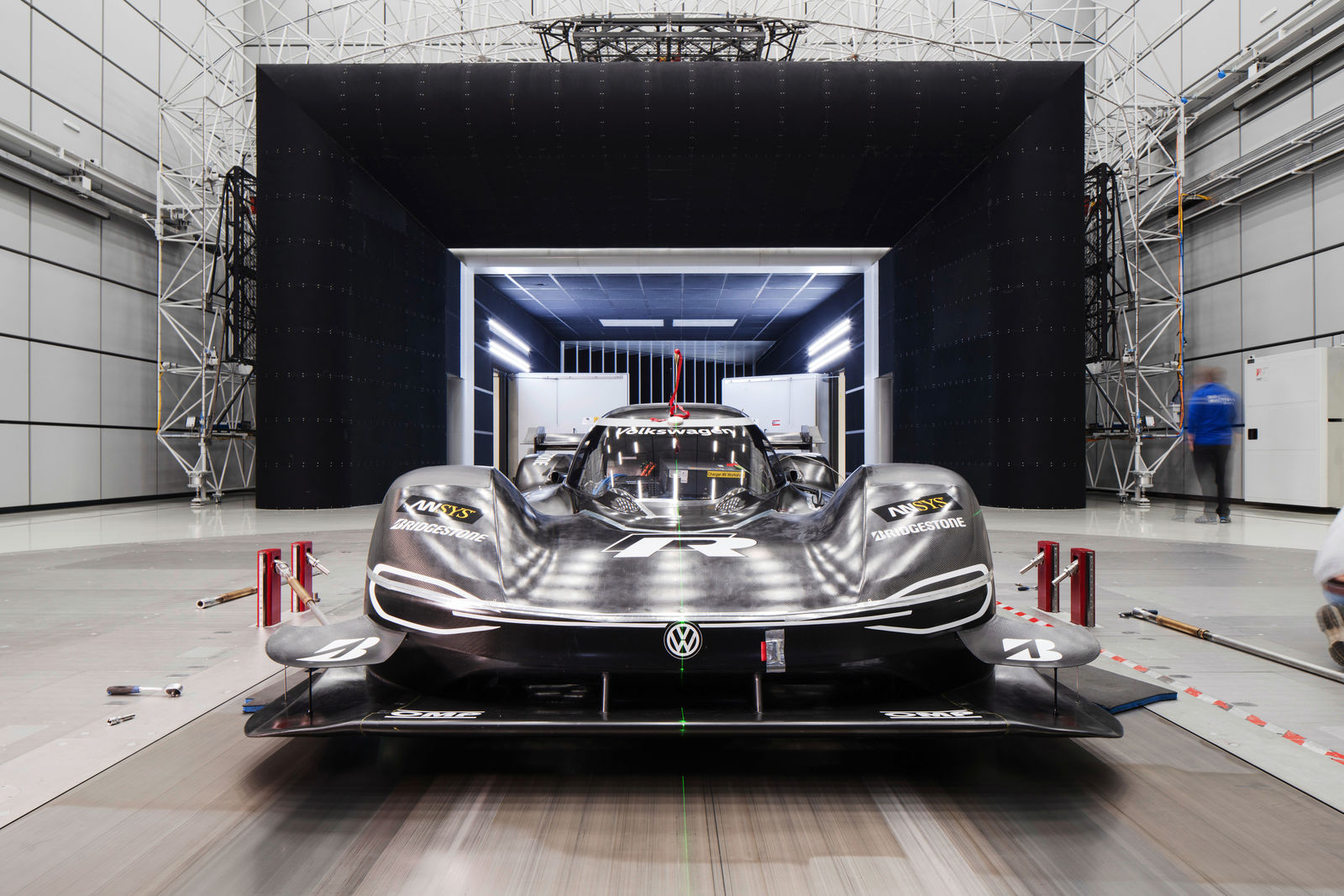 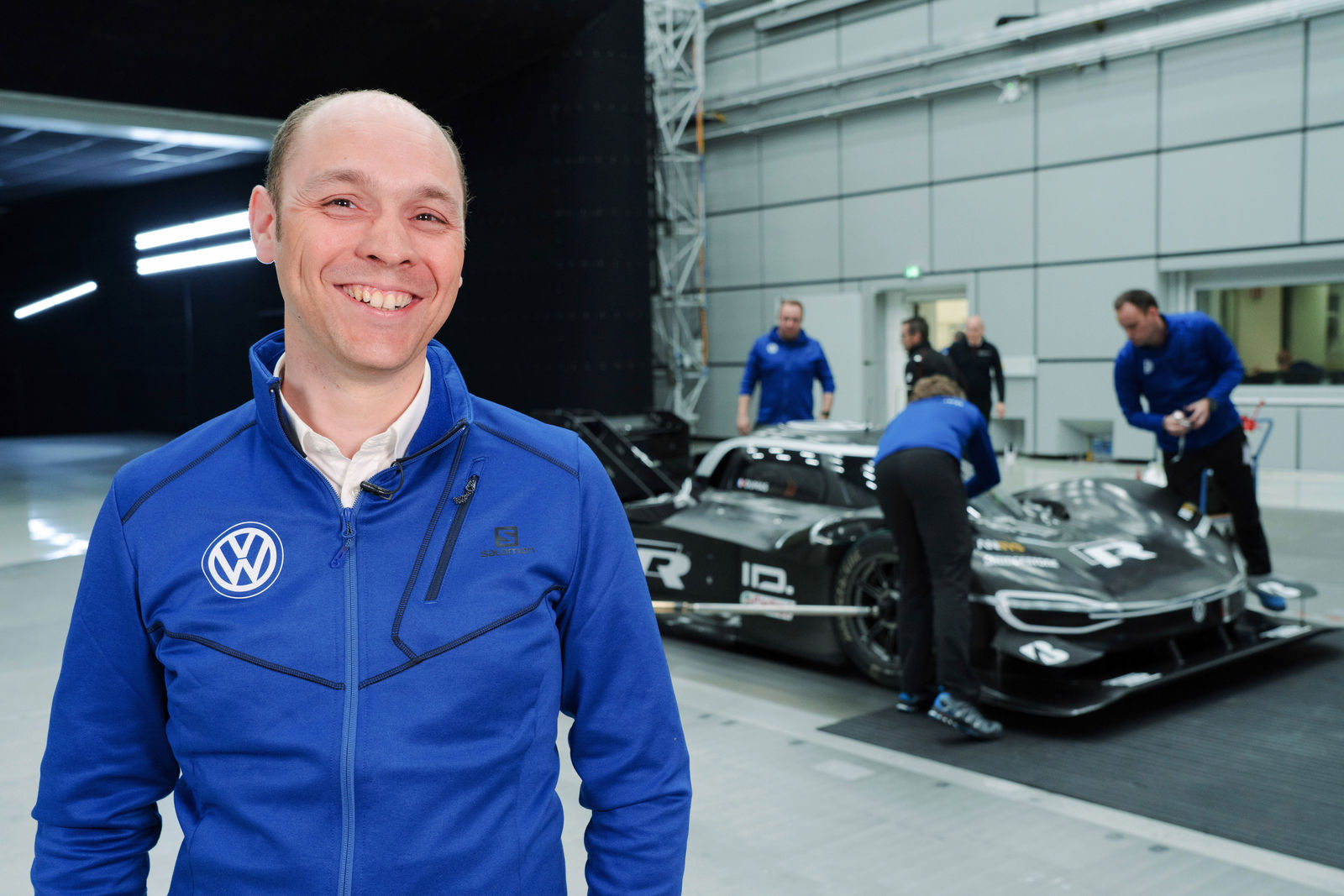 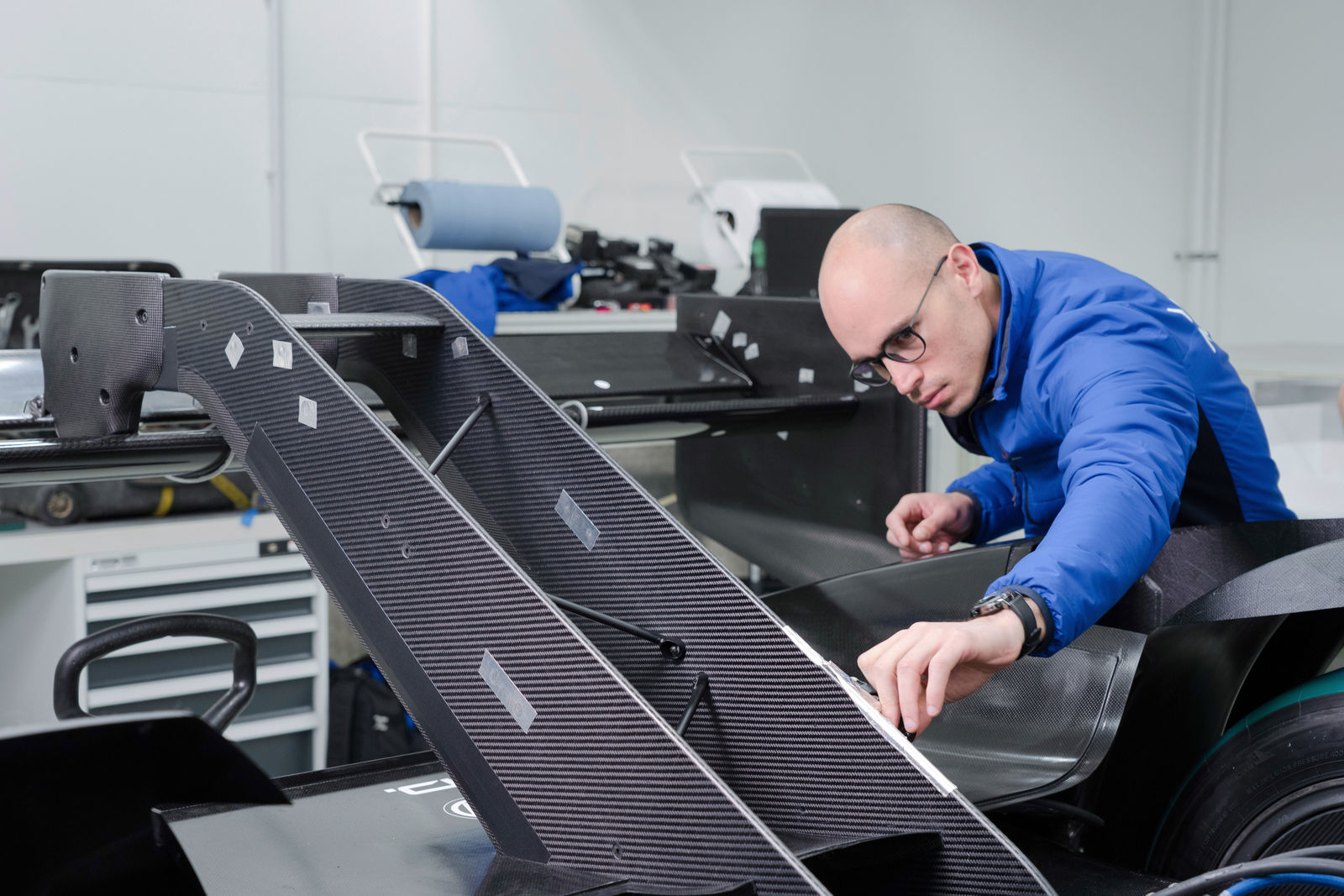 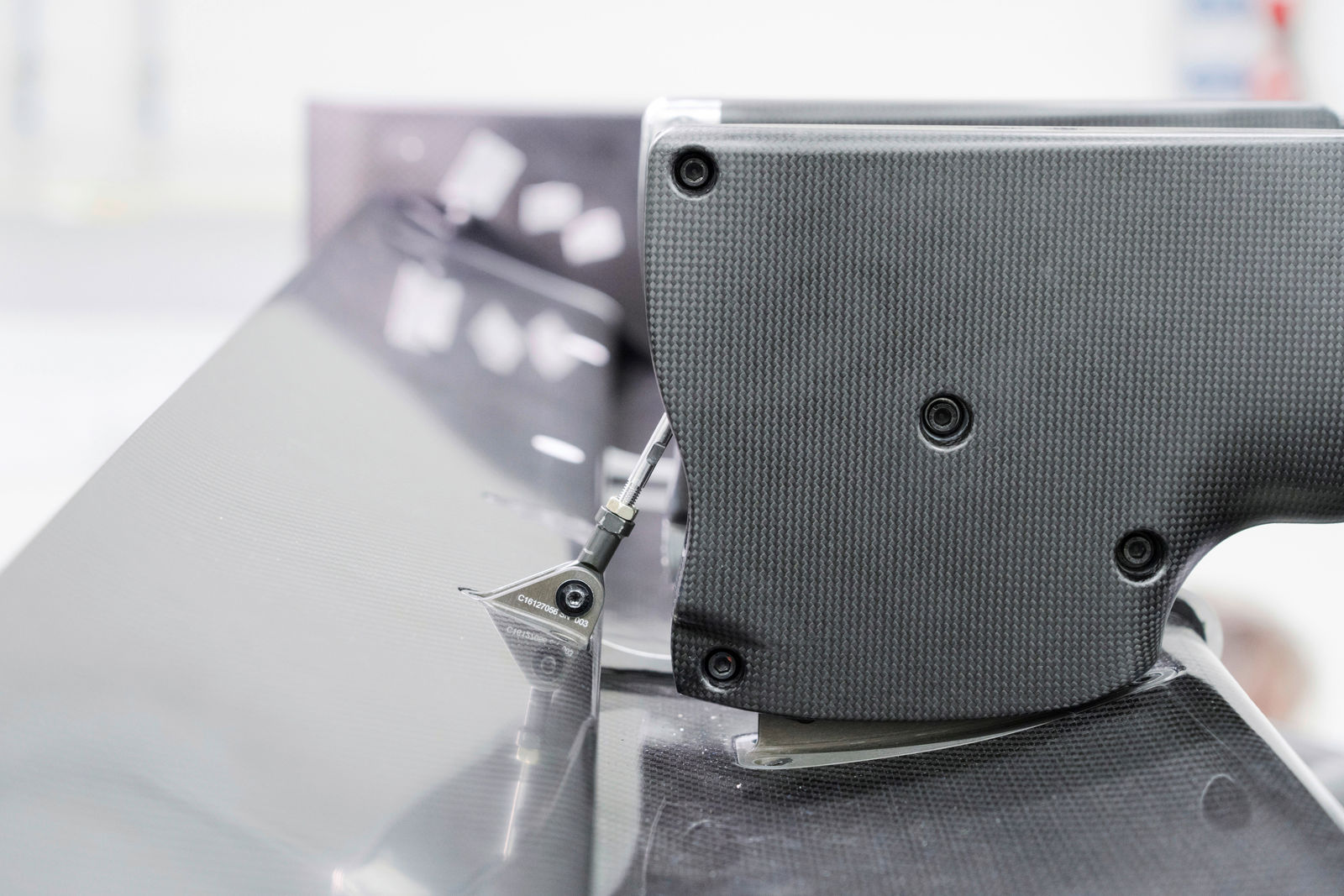