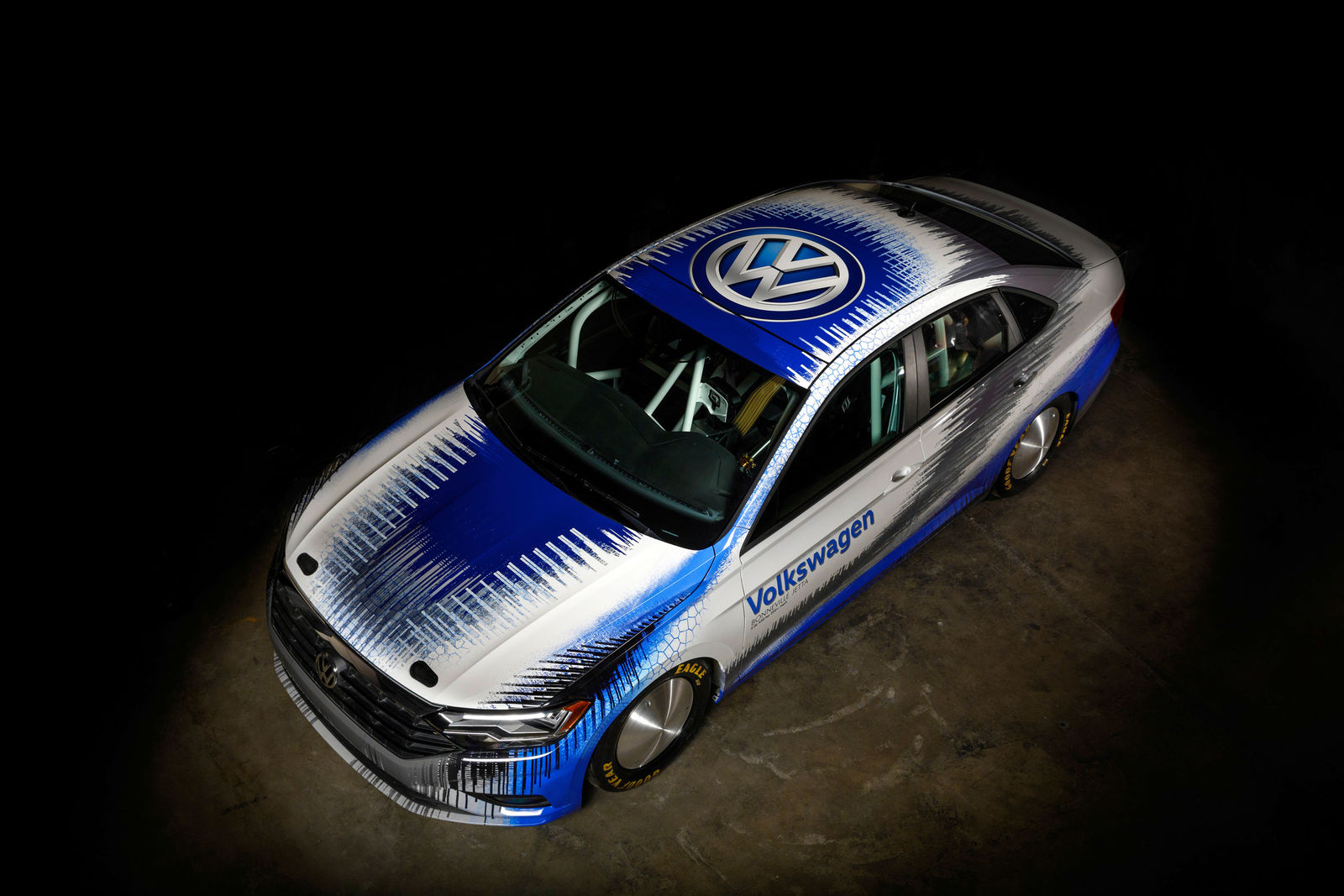 Volkswagen is still on the hunt for new records: only a few weeks after the success of the electric ID. R Pikes Peak in the “Race To The Clouds” held in the Rocky Mountains and in the UK’s Goodwood Hill Climb and it’s already time for the next sporting highlight. Between 11 and 17 August, Volkswagen of America will be aiming to break the land speed record in the BGC/G class of the Southern California Timing Association on Lake Bonneville – the salt flats in the US state of Utah – with its specially prepared but near-production version of the new-generation Jetta.

This Volkswagen is powered by a four-cylinder turbo engine (TSI) from the EA888 engine family with a power output of significantly more than 500 PS. A similar engine with a slightly more demure power rating will also be used in the new Jetta GLI, which will soon be taking off in the US. Engines in this high-torque series are used to power vehicles including theGolf GTI Performance (169 kW / 230 PS) and the Golf R 228 kW / 310 PS). On Lake Bonneville, the TSI engine must accelerate the modified Jetta to more than 208.572 mph (335.5 km/h) to equal the existing record for a car in this class. To get an idea of the speed: racing cars on the legendary Hunaudières track battle it out at speeds of 340 km/h in the “24 Hours of Le Mans”. Hinrich J. Woebcken, President and CEO of Volkswagen of America: “With this attempt at the record we want to underline the sporting potential of the new Jetta and inspire our customers with the more powerful Jetta GLI.”

The record-breaking car can reach a speed of more than 335 km/h as it is very light (the interior comprises only the controls for driving, a bucket seat with racing belts and a roll cage) and has excellent aerodynamics (Cd value: 0.27) As in the case of the I.D. R Pikes Peak – with which Volkswagen set the new record for the Pikes Peak International Hill Climb (Race To The Clouds) in the US on 24 June and then left the record for electric vehicles in the dust in the Goodwood Hill Climb at the Goodwood Festival of Speed in the UK on 9 July – the aerodynamics also ensure a very high downward thrust. This factor is essential in making sure the Jetta stays safe on the salt flat track, even at extreme speeds.

The Jetta, developed by Volkswagen of America in cooperation with the Bonneville specialists at THR Manufacturing in Ventura, California, has further technical refinements on board: in addition to a very low chassis, these include special salt flats wheels and tyres, a limited slip differential for optimum grip and two brake parachutes in the rear end. The specially developed Bonneville graphics on the body were contributed by Volkswagen's Southern California Design Center. “We wanted to emphasise the technical charisma of the Jetta and give the car designer graphics that set it apart from the extraterrestrial-looking environment of the Bonneville Salt Flats,” says Reto Brun, Director of the Design Center. 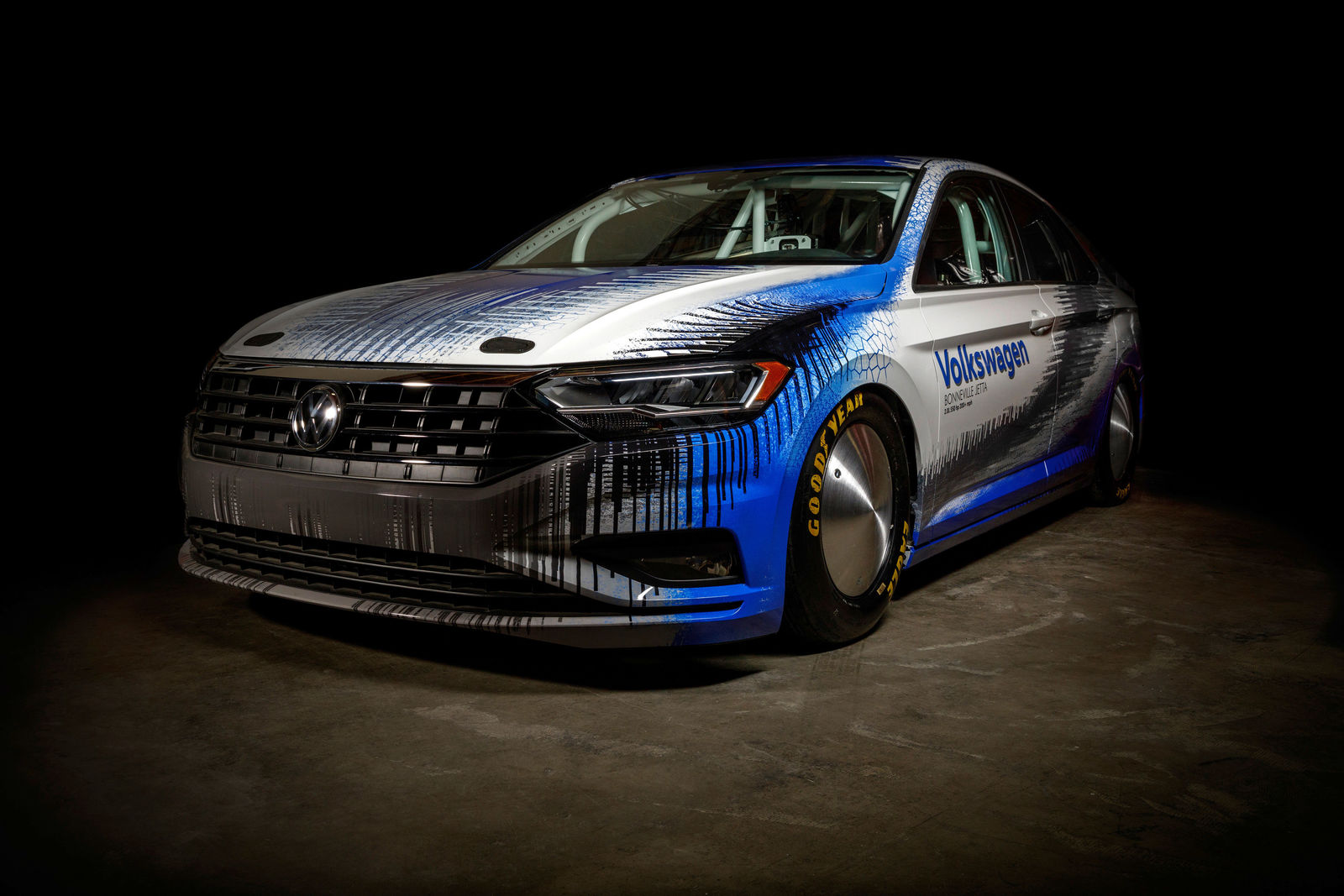 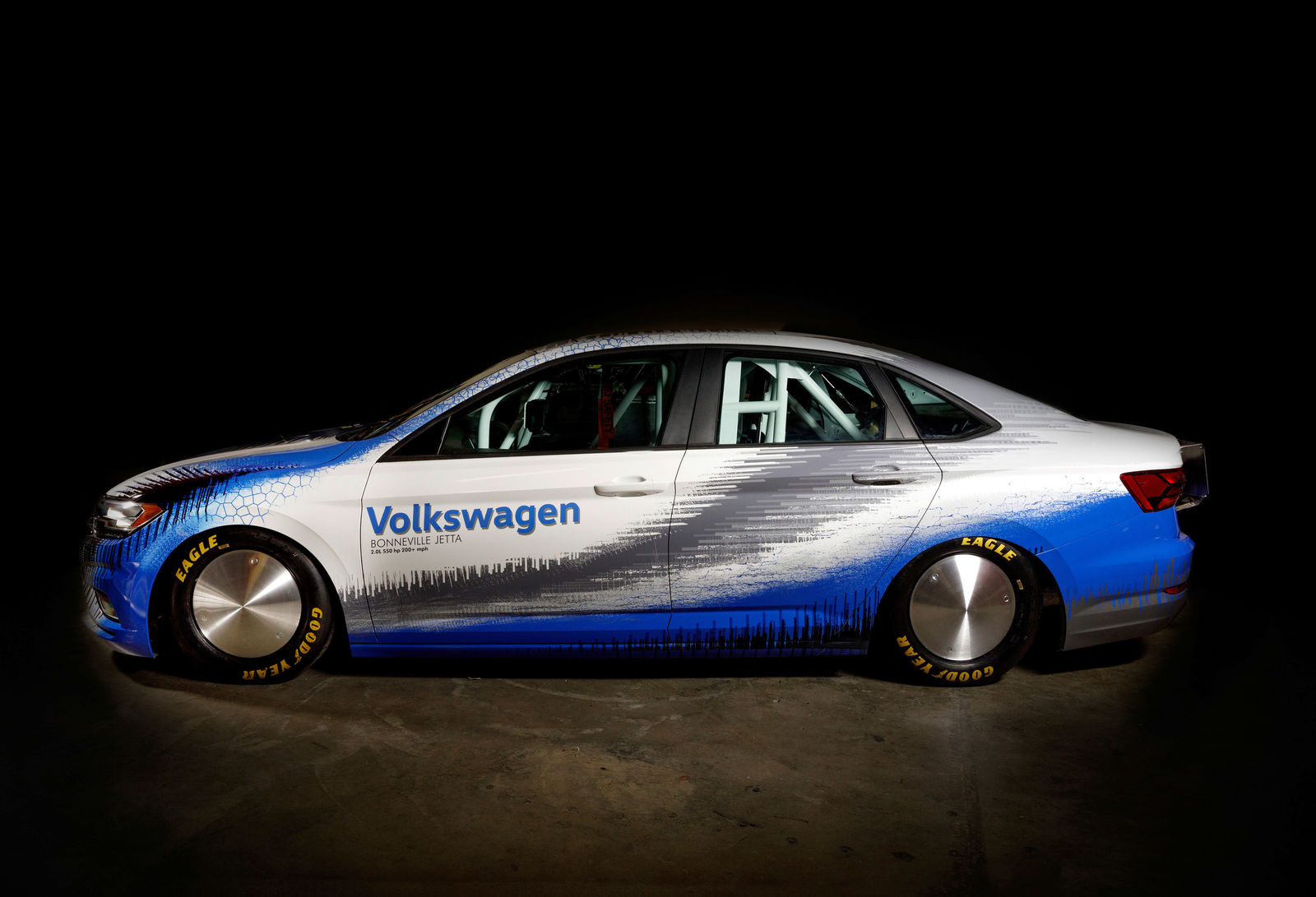 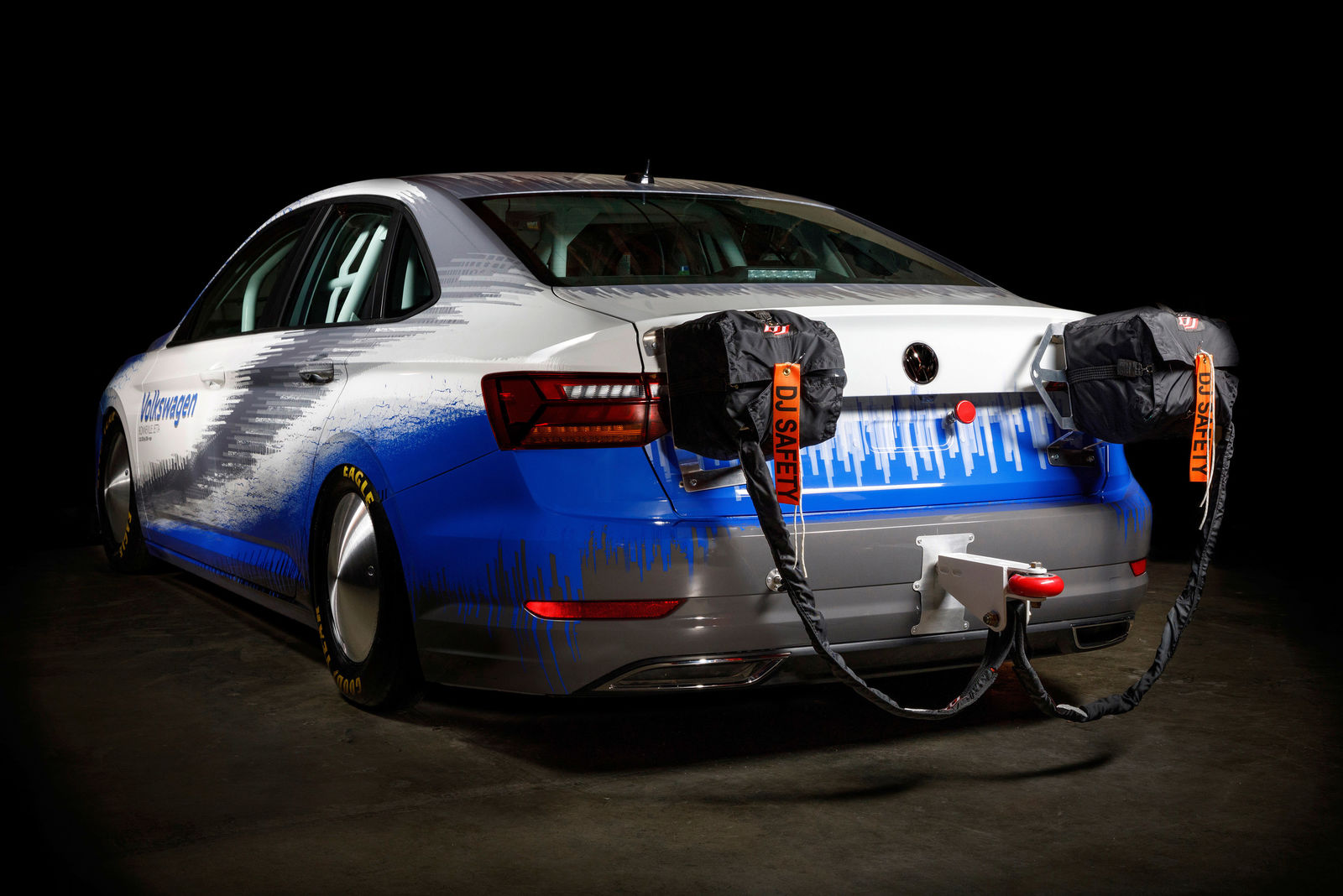