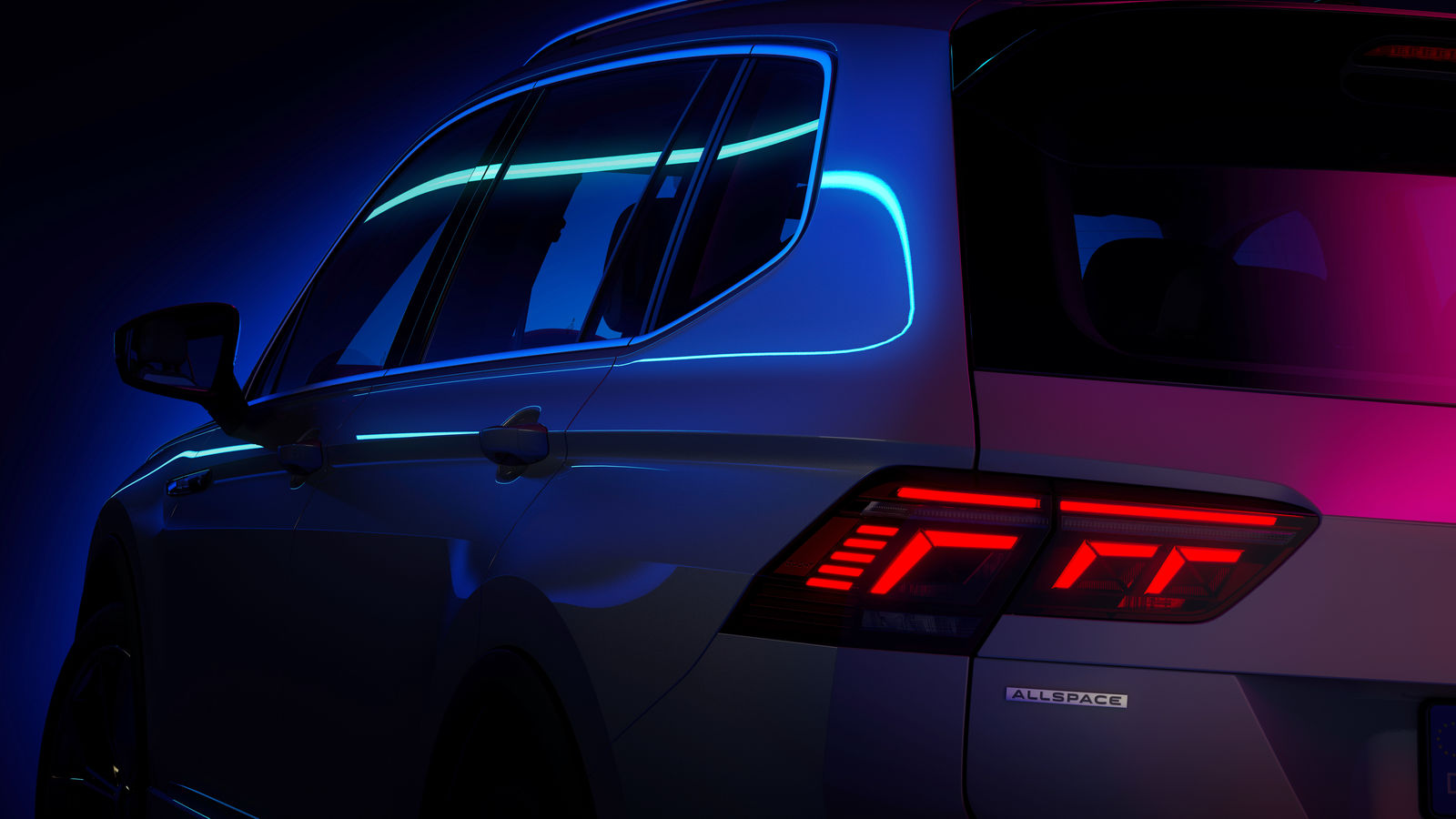 Volkswagen will introduce the new Tiguan Allspace on May 12.
05/05/21
Wolfsburg
Models
Press Release

The new Tiguan Allspace is gearing up for its world premiere

The Tiguan was given an update back in autumn last year, and now the countdown has started for its equally successful brother. The Tiguan Allspace is celebrating its premiere on 12 May, with pre-sales starting in the next weeks. In addition to a fresh new design for the exterior, the long version also boasts advanced technical features: new control and assist systems guarantee even more convenience and the Tiguan Allspace now has a wide range of online-based services and functions on board thanks to the MIB3 Infotainment system.

Since its introduction back in 2007, the Tiguan has gone from a newcomer to one of the best-selling SUV models on the market. One of the main factors for this success is the 2017 launch of the Tiguan Allspace, a 22-centimetre longer version of the Tiguan. Around 1.5 million of the Long Wheel Base variant (LWB) have been sold worldwide since its market launch in 2017 until the end of March this year. The technical and visual update of the Tiguan in autumn 2020 opens the next chapter of the success story. The Tiguan Allspace has received the same treatment and now dazzles with a sharper look, digital cockpit and comprehensive connectivity.

The Tiguan Allspace is the long version of the best-selling Tiguan and offers even more space with a luggage compartment volume of up to 1,920 litres. With its optional third row of seats, it also offers enough room for up to seven people, making it the perfect choice for families.

The long version will be built at two different sites. The Tiguan L for the Chinese market will be manufactured in Shanghai, while, the LWB (long wheel base) Tiguan versions for North and South America and the Tiguan Allspace for Europe will be made in Puebla, Mexico. Volkswagen has clearly hit the mark with the LWB version worldwide, as a remarkable 55% percent of all Tiguan models rolling out of production have a long wheelbase.