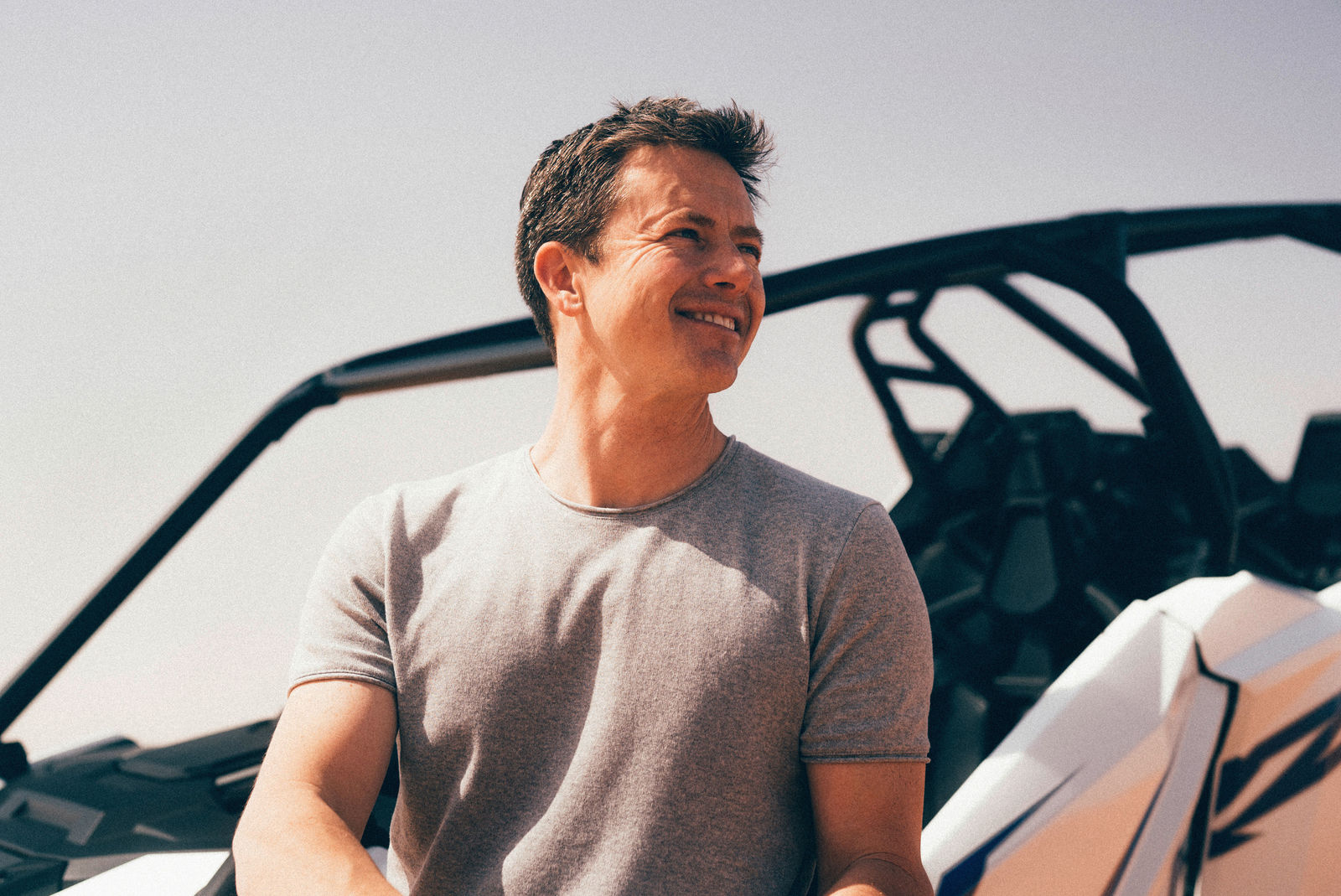 Who is Jason Bourne? This question lies at the heart of the popular film series of the same name. While Bourne is played by Hollywood superstar Matt Damon, it is Tanner Foust in the role of the fictitious secret agent in many of the films’ spectacular driving scenes. As a brand ambassador, Foust represents Volkswagen R around the world.

Tanner Foust is an American racing driver, stunt man and presenter. He’s a four-time Rallycross Champion, winning his most recent title in 2019 behind the wheel of a Volkswagen Beetle R. The Volkswagen pilot also has two championships in “Formula Drift” under his belt, along with four gold medals at the X-Games.

The 46-year-old is actively involved in the coordination and approval process for new Volkswagen R vehicles. “Tanner Foust is a man of many talents. Of course, it’s his skills behind the wheel that stand out the most. With his positive mindset and infectious passion for sporty cars, he is also a really likeable guy. Tanner is a great fit for us and represents everything that Volkswagen R stands for around the globe – in a charismatic and authentic manner,” says Jost Capito, Managing Director at Volkswagen R. “His expertise is also a genuine advantage for the development and optimisation of R models.”

At the beginning of February, the GP Ice Race in Zell am See (Austria) brought the successful combination of Foust and the Beetle R back together. Foust drove the 560 PS Beetle to victory in the American Rallycross (ARX) Championships in 2019 – enabling the now decommissioned model series to go out in true style. In Zell, the successful pairing drifted over the ice track with ease. “The Beetle R is the most fun office you could have. It’s truly a one-of-a-kind vehicle. 2019 was the last year that this Beetle appeared in a race. So, it is extra special for me to have the honour of driving it again one last time here in Zell am See,” enthused the R brand ambassador Foust.

His new “offices”: the eR1 and the Atlas Cross Sport prepared for the “Baja 1000 Race”. The eR1 is a test vehicle for a purely electric racing car based on the body of a Volkswagen Golf. “The future of Volkswagen and motorsport is electric,” says Tanner Foust, looking forward to his appearances in the eR1 in particular. After the cold and the ice, he then went to battle the heat. The largest Volkswagen meet in the Middle East, the “Dub Drive GC” in Abu Dhabi, took place in February. In addition to some spectacular drift shows, this year’s R-Model of the Year was also selected at the event. Foust is well aware of how much love goes into fans’ carefully tweaked Volkswagen models at the “Dubbie” meet.

Jason Bourne is not the only action star who has the R brand ambassador to thank for their incredible driving skills.Foust has also worked as a stunt driver on other Hollywood productions, including Iron Man 2, Need 4 Speed and the popular Fast & Furious series. In “Tokyo Drift”, the third part of the high-octane saga, he expertly manoeuvred tuned sports cars across tarmac and through narrow car park ramps to impressive effect on film. The precision drift work required in a small amount of space garnered him a nomination at the Taurus World Stunt Awards, an accomplishment Foust has repeated three times.Foust has also made a name for himself as a presenter: he guided spectators through the US version of the TV show “Top Gear” between 2010 and 2016. Foust found his passion for drifting at a young age – and he did so in Scotland and not the USA as you might expect. As a member of an US Navy family, he grew up in Scotland, where he discovered rally driving. As a youngster, Foust learned the real way to drive a car on remote country roads in Scotland. After his time in Europe, he moved back to the USA and eventually moved to Colorado to obtain his University Degree in Biology.

However, his passion for motorsport never left him: during the holidays, he spent every free minute at the racing track. To secure his time behind the wheel of racing cars, he temped as a mechanic or driving instructor – until he graduated and finally went pro in 2003 after a brief period as an amateur racing driver. Foust has lived in California ever since. However, his true home remains the same: behind the wheel. 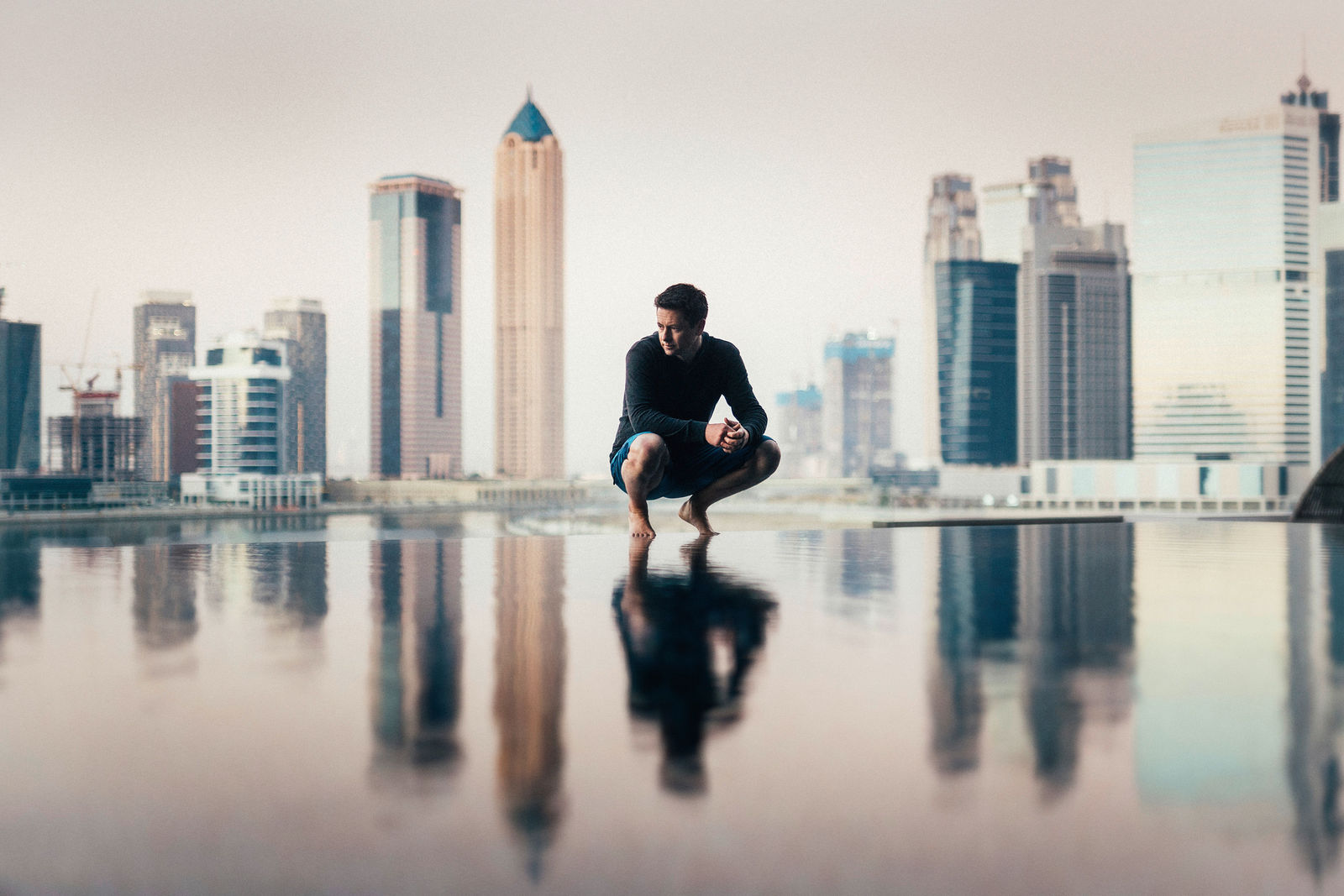 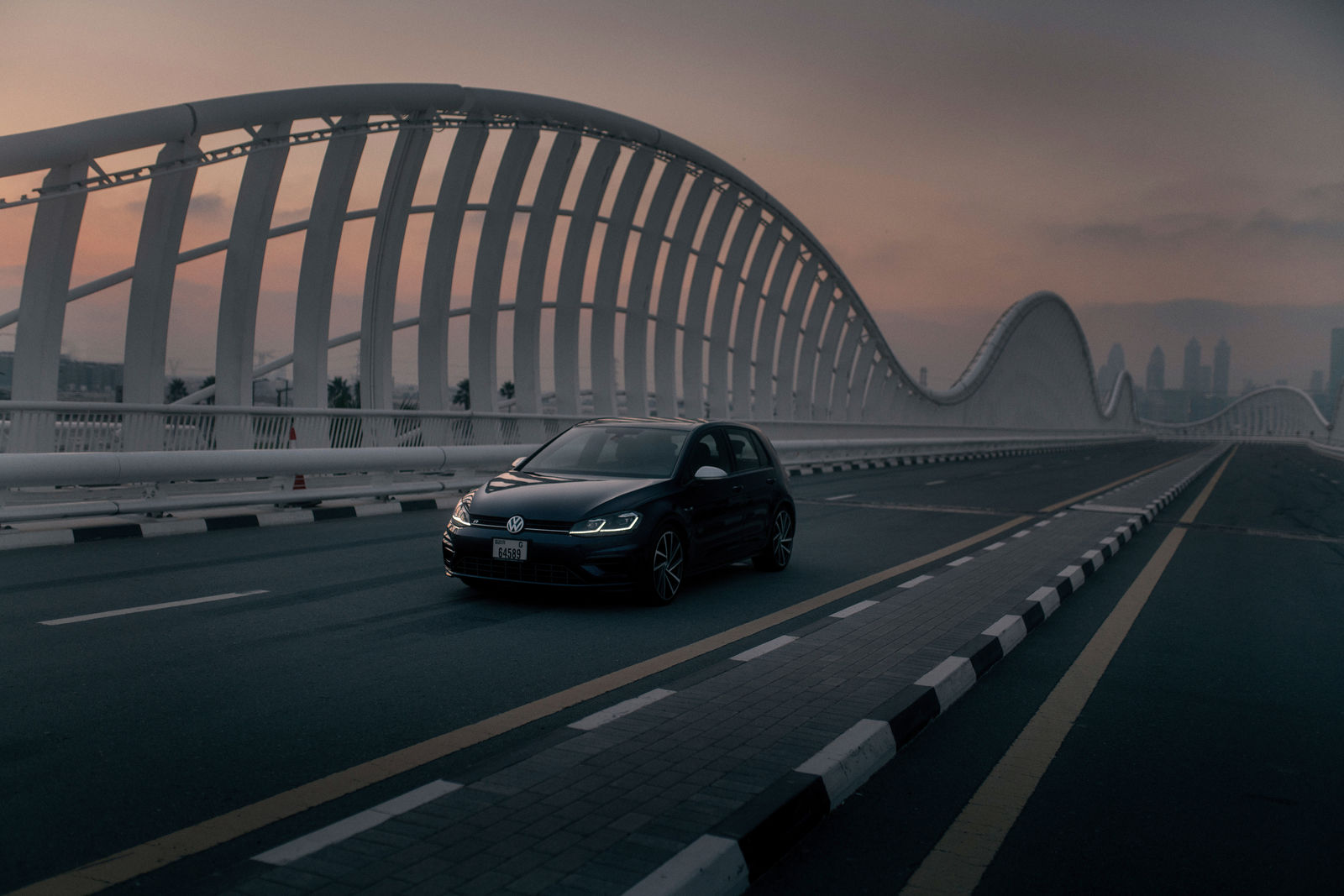 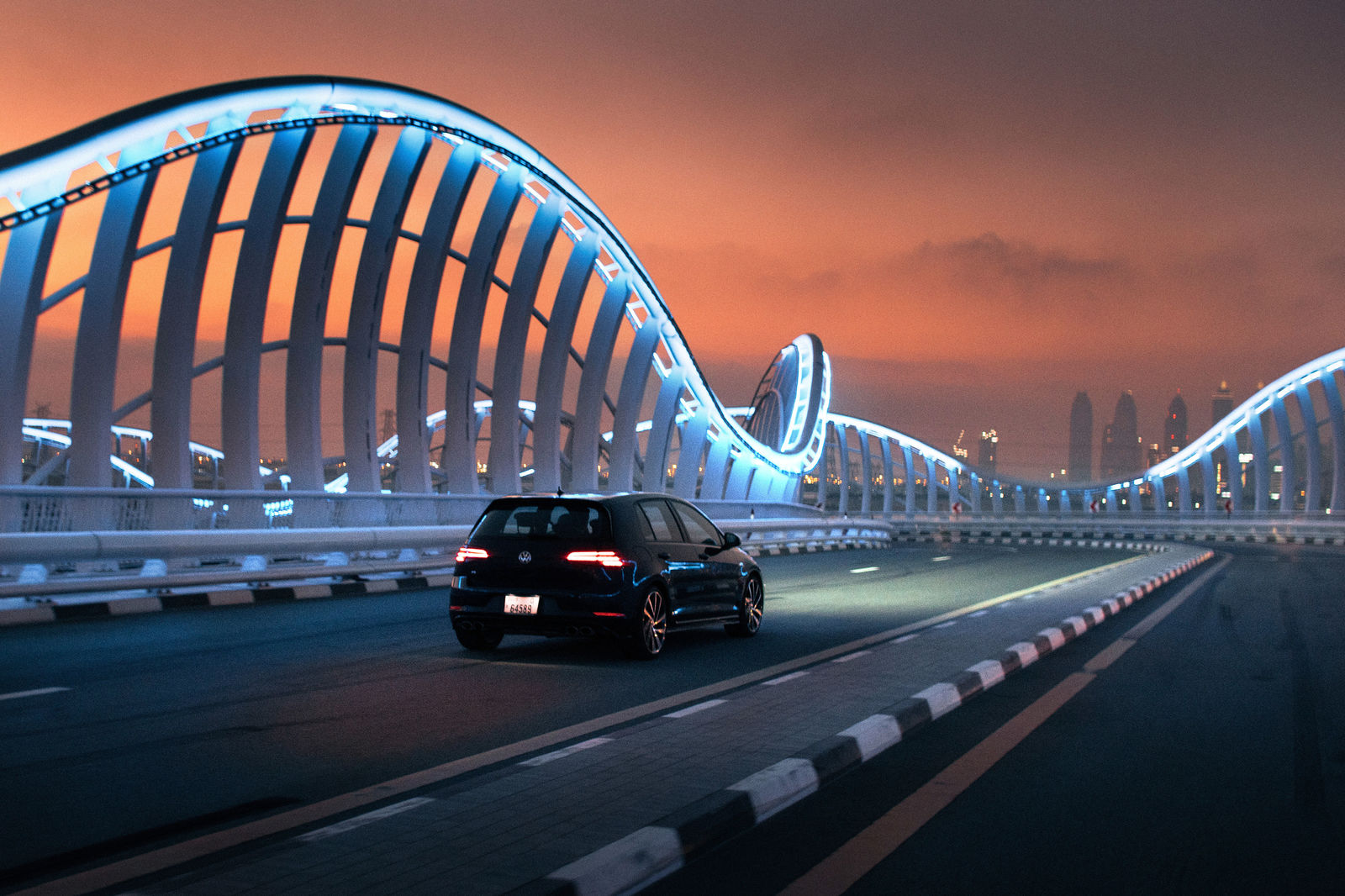 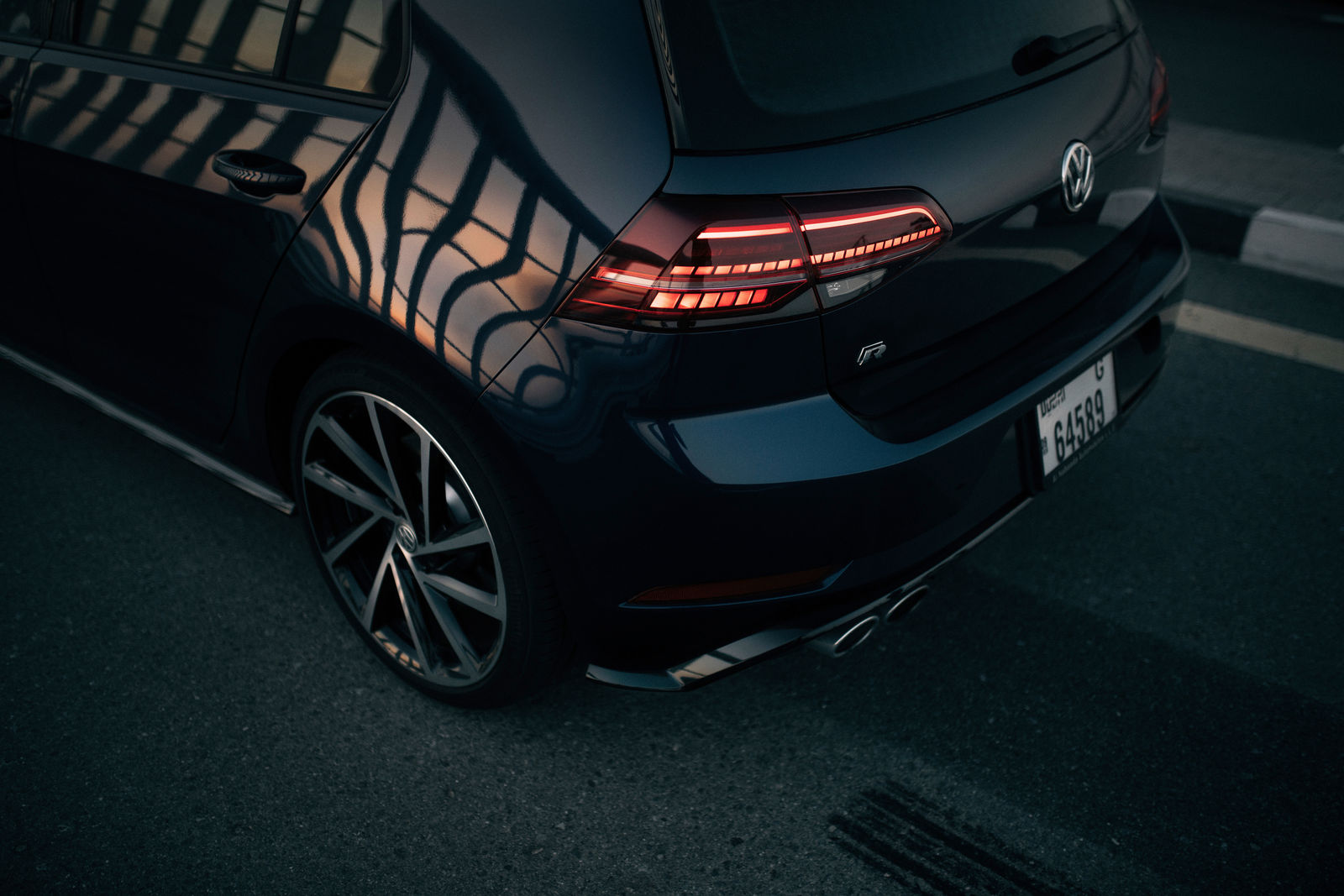 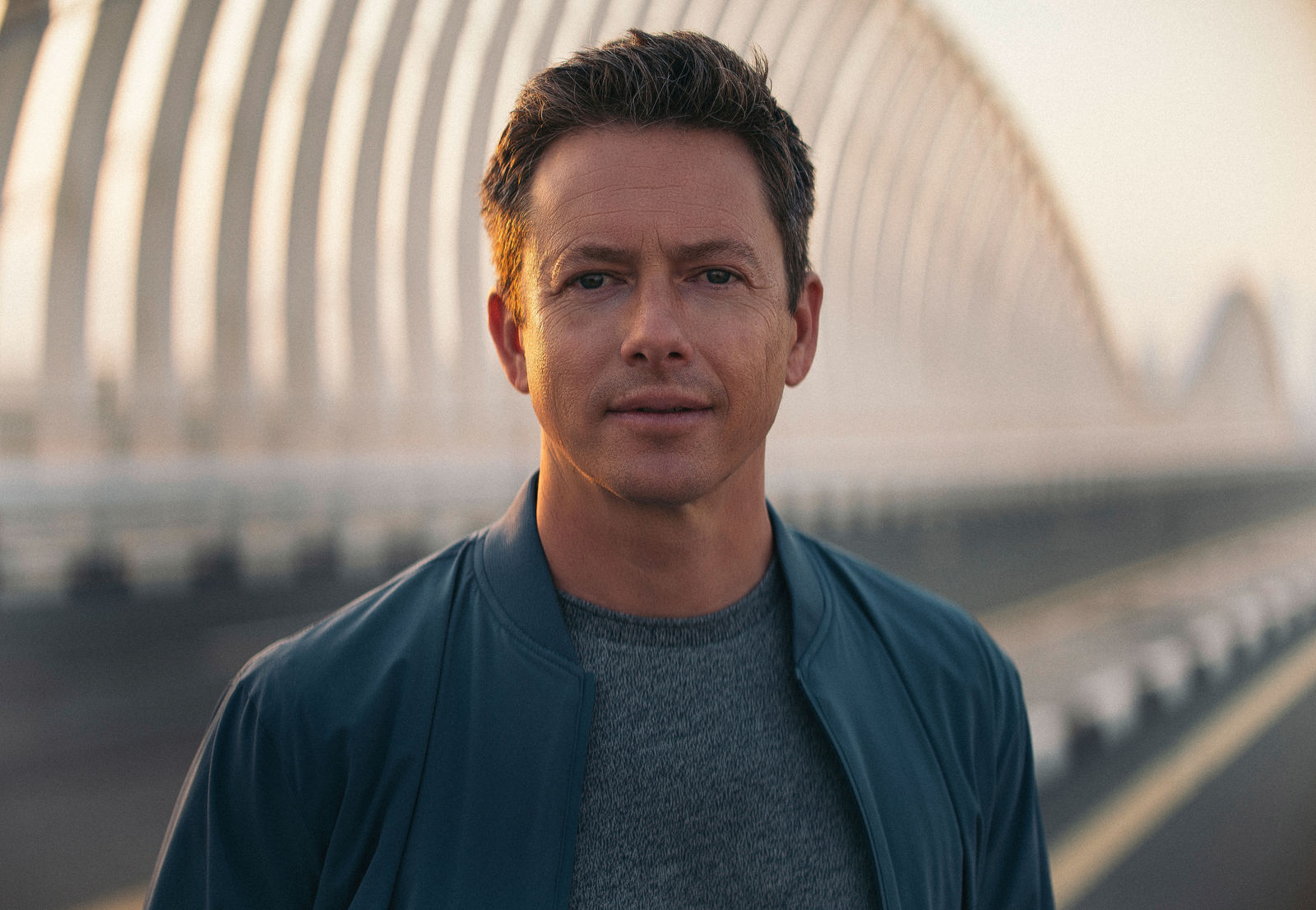 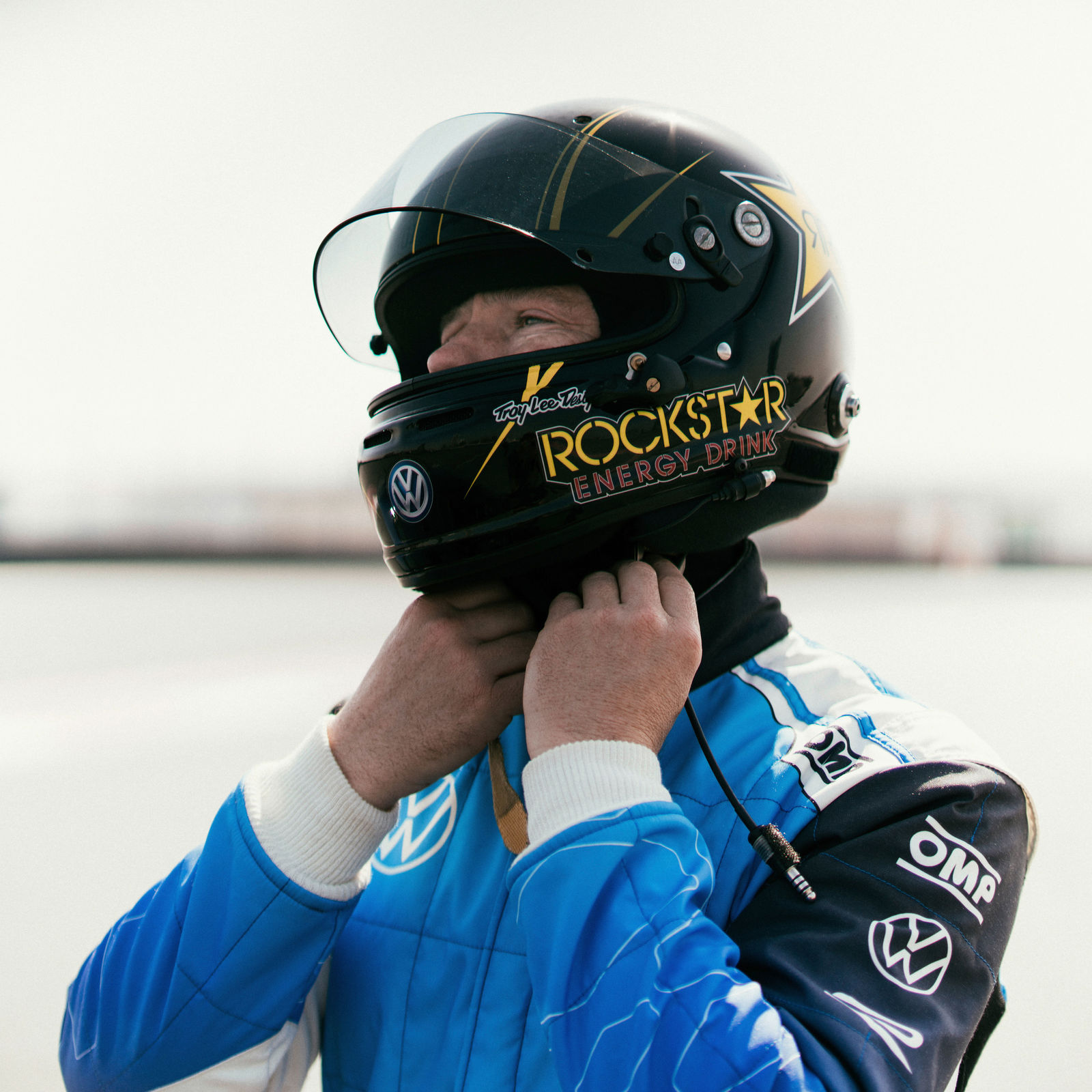 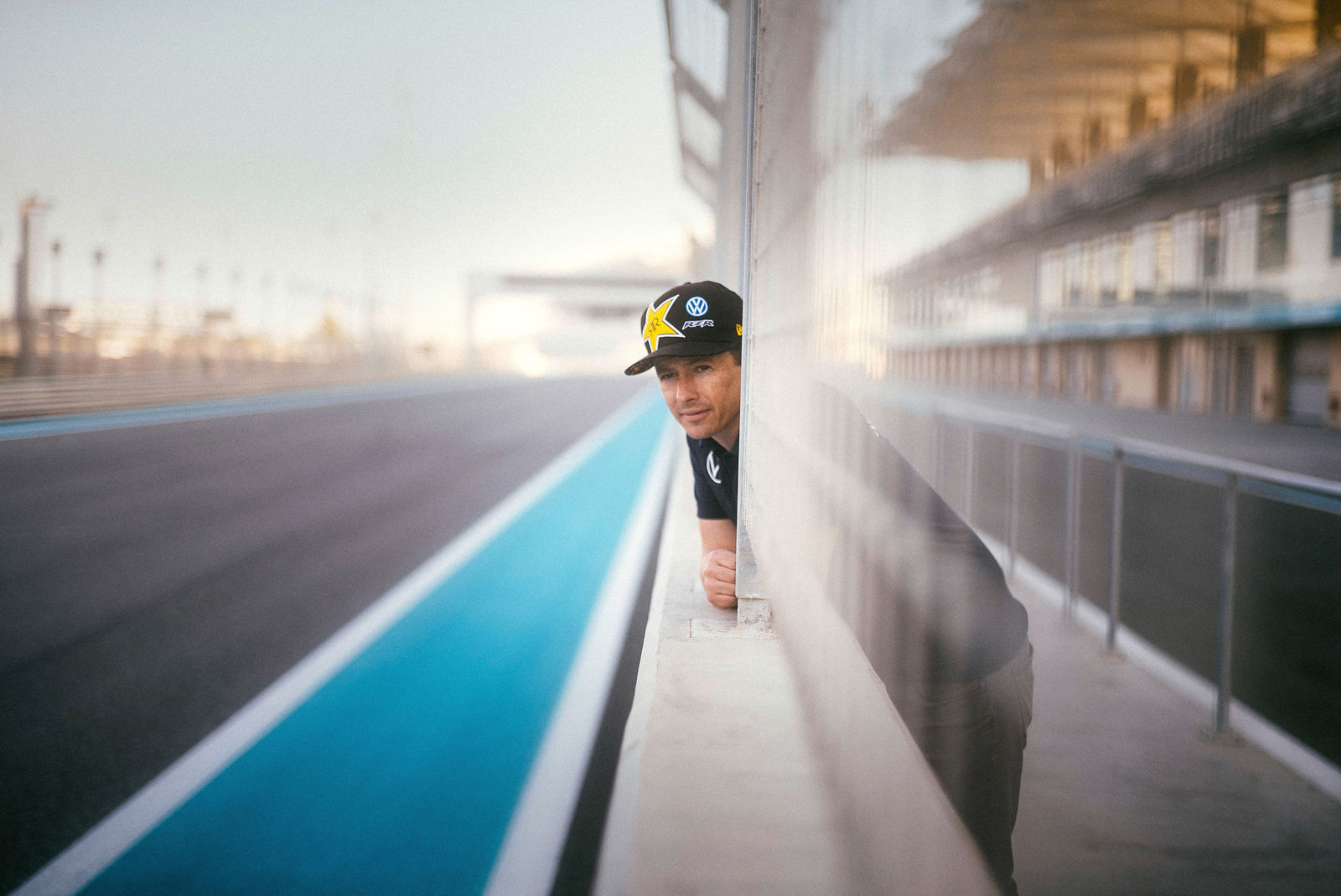 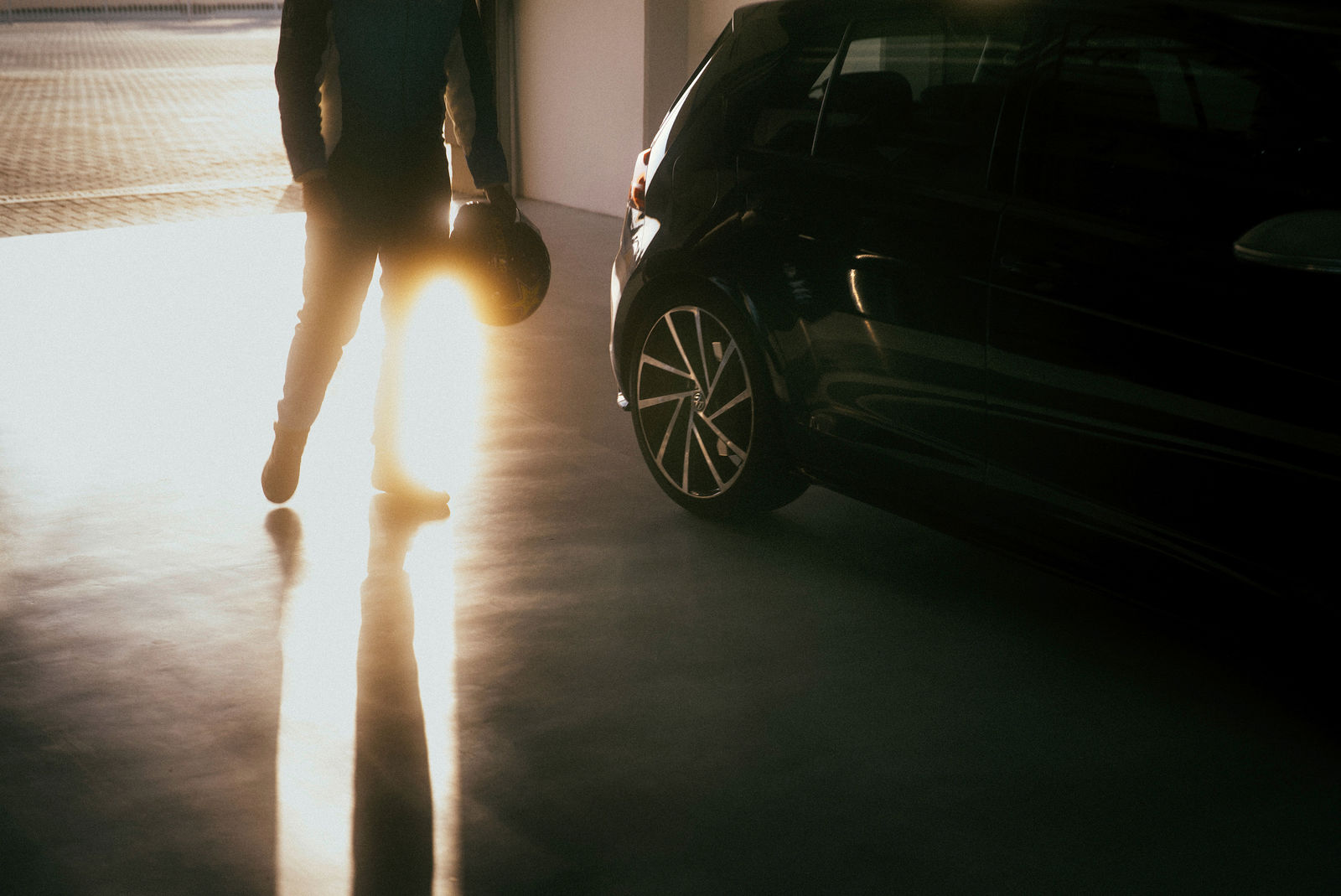 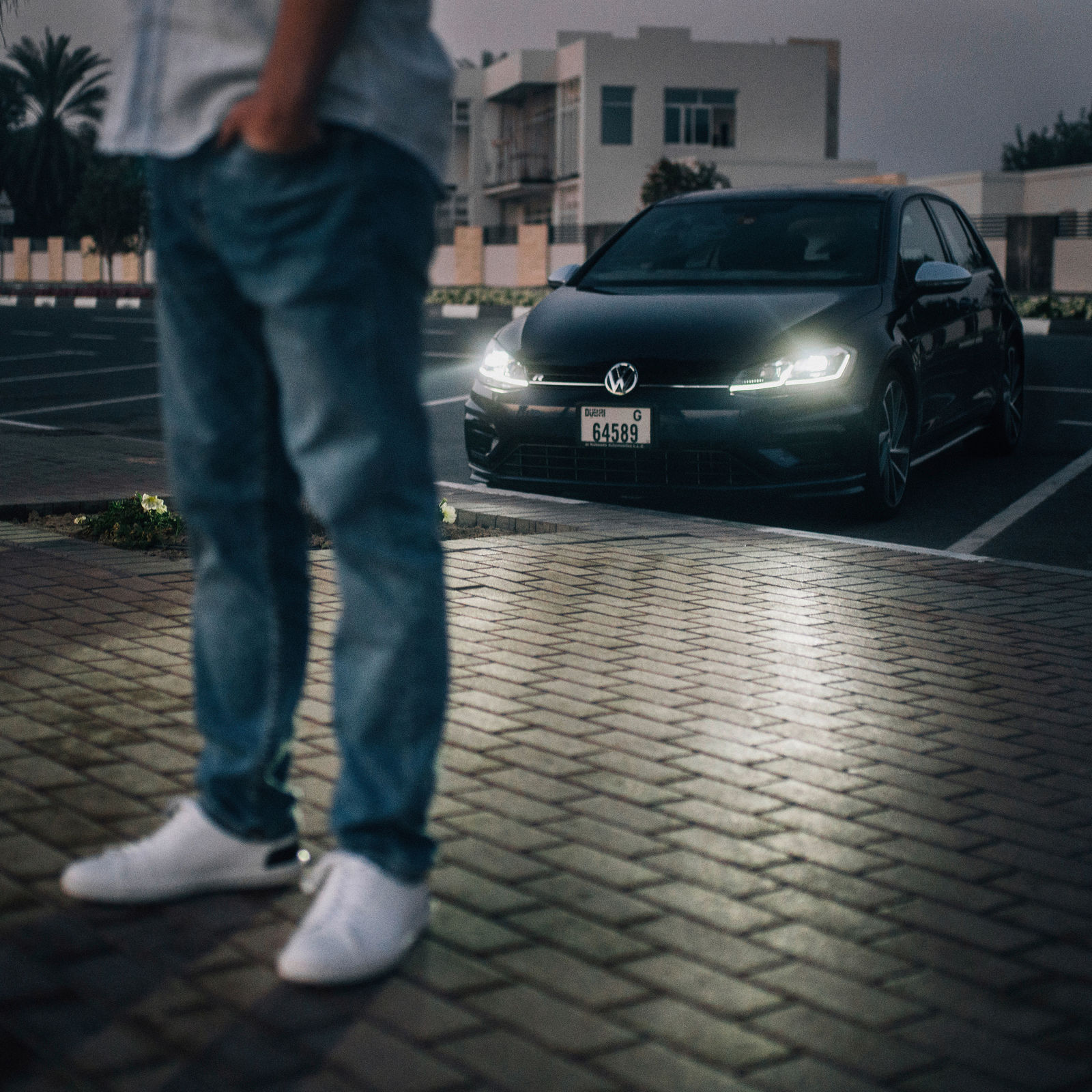