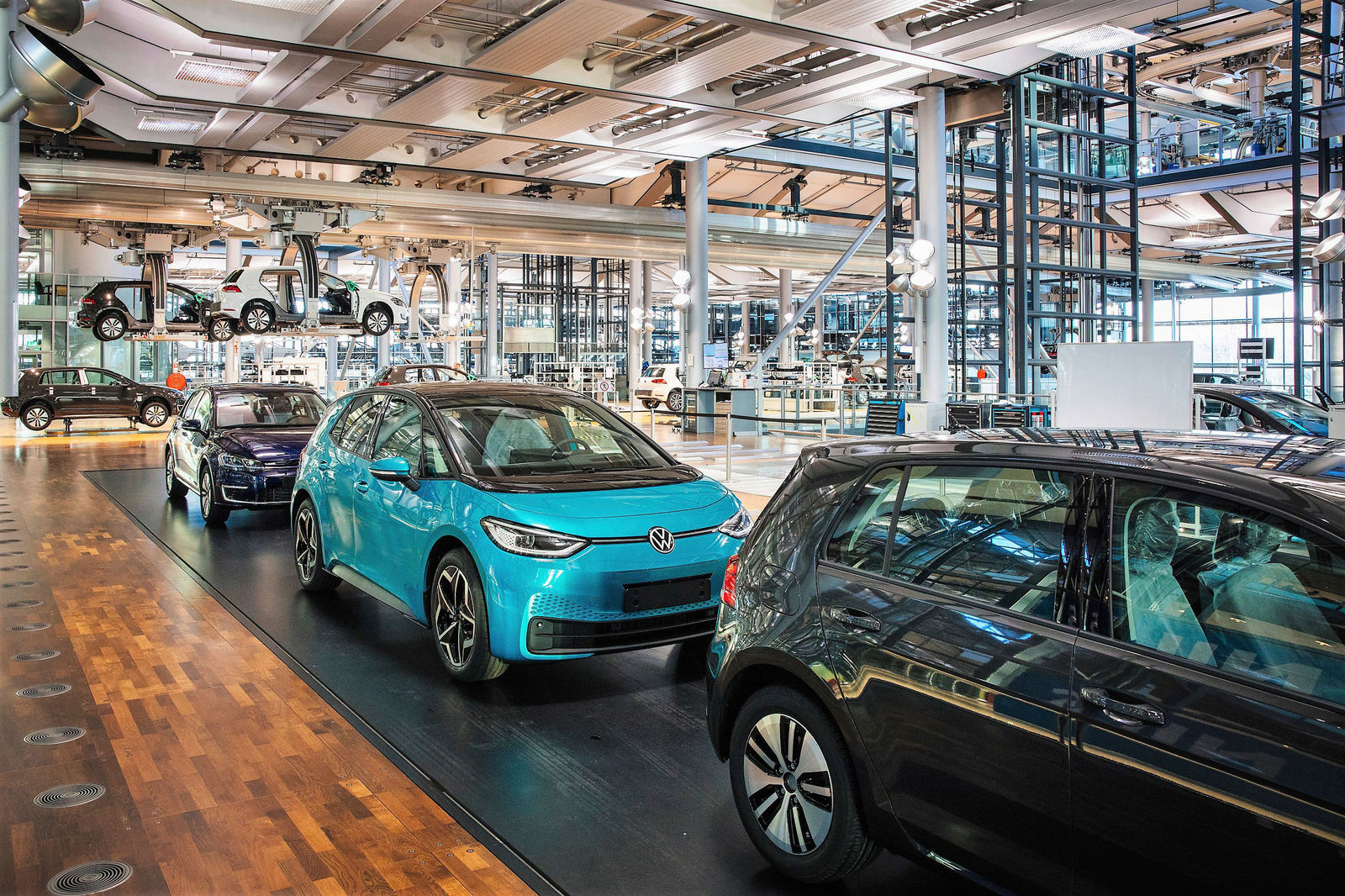 Passing the baton: After the end of production of the e-Golf, the ID.3 will roll off the production line in Dresden from January.
12/23/20
Dresden
Company
Press Release

Phasing out the e-Golf:
Volkswagen prepares to launch the ID.3 at the Transparent Factory in Dresden

The Volkswagen e-Golf is history: Today the last vehicle rolls off the production line at the Transparent Factory in Dresden. With the e-Golf in Uranogrey, a total of 50,401 vehicles have been manufactured in Dresden since March 2017. At the beginning of the new year 2021, the production area of the Transparent Factory will be reconstructed for three weeks before the first ID.3 series vehicles roll off the assembly lines in Dresden at the end of January.

Danny Auerswald, head of plant of the Transparent Factory: "The end of the e-Golf is also the start of the final preparations for the ID.3. In just a few weeks, we will be opening the next chapter for the Transparent Factory. After Zwickau, we are the second location in Europe to manufacture vehicles based on the new modular e-drive system. Volkswagen is thus underlining the importance of the Saxon plants in the group-wide E-offensive."

Thomas Aehlig, Chairman of the Works Council of the Transparent Factory: "The start of assembly of the ID.3 is very good news for the workforce and the reward for the many efforts made in the transformation of the site since 2016. We have thus achieved sustainable job security for the core workforce and a positive future perspective for the site."

Dresden site: Technical equipment for the ID.3 in two waves

At the beginning of 2021, the production area of the Transparent Factory will be converted to meet the requirements of the Modular Electric Drive Kit (MEB). The first conversions for the ID.3 already took place in summer 2020. As one of seven stations, the "marriage", where the body and chassis are bolted together, was adapted. The conversion measures in winter include, for example, the installation of a system on which the panoramic roof is fitted and the adaptation of the gripping devices for the installation of the cockpit and seat system.

e-Golf: One of the most popular e-vehicles in Europe

The e-Golf was launched in 2014 and was produced in Wolfsburg until summer 2020. In 2017, the Transparent Factory started production in parallel to meet the high demand. In total, 145,561 left the two German production facilities in more than seven years. Measured by sales figures, the e-Golf is one of the most popular e-cars in Europe - especially with customers in Norway and the German home market.

Transparent Factory Dresden: E-location and showcase for e-mobility since 2017

The launch of the e-Golf also marked the strategic realignment of the company into a "Centre of Future Mobility". Innovative business areas such as the "Future Mobility Incubator", Volkswagen's start-up programme, and the "Future Mobility Campus", a learning laboratory for training and further education, the expansion of vehicle delivery and as a test field for Production 4.0, have made the location fit for the future. This successful transformation will continue apace with the imminent series production of the ID.3 from the end of January 2021.

The ID.3 is the first vehicle to be based on Volkswagen's Modular Electric Drive Kit (MEB). The platform was developed specifically for e-cars and makes the best possible use of the possibilities of electric mobility. For example, the ID.3 has a long range, plenty of interior space and dynamic handling. More than 28,000 cars have been handed over to customers since the Europe-wide market launch in September. The basic version of the ID.3 will cost less than 30,000 euros (without state subsidies) and will be available to order in early 2021.

With its determined entry into e-mobility, Volkswagen is making an important contribution to climate protection and thus creating long-term prospects for its approximately 100,000 employees at its German plants. In addition to production at the Zwickau plant and, in future, Dresden, the component plants in Brunswick, Kassel, Salzgitter and Wolfsburg are also involved. They manufacture important components such as the electric motor or the battery system. The Emden and Hanover vehicle plants are also scheduled to start producing e-cars from 2022. In the medium term, the Group headquarters in Wolfsburg is to become the pioneering factory for the highly automated manufacture of electric vehicles.

Video: Phasing out the e-Golf: Volkswagenprepares to launch the ID.3 in Dresden 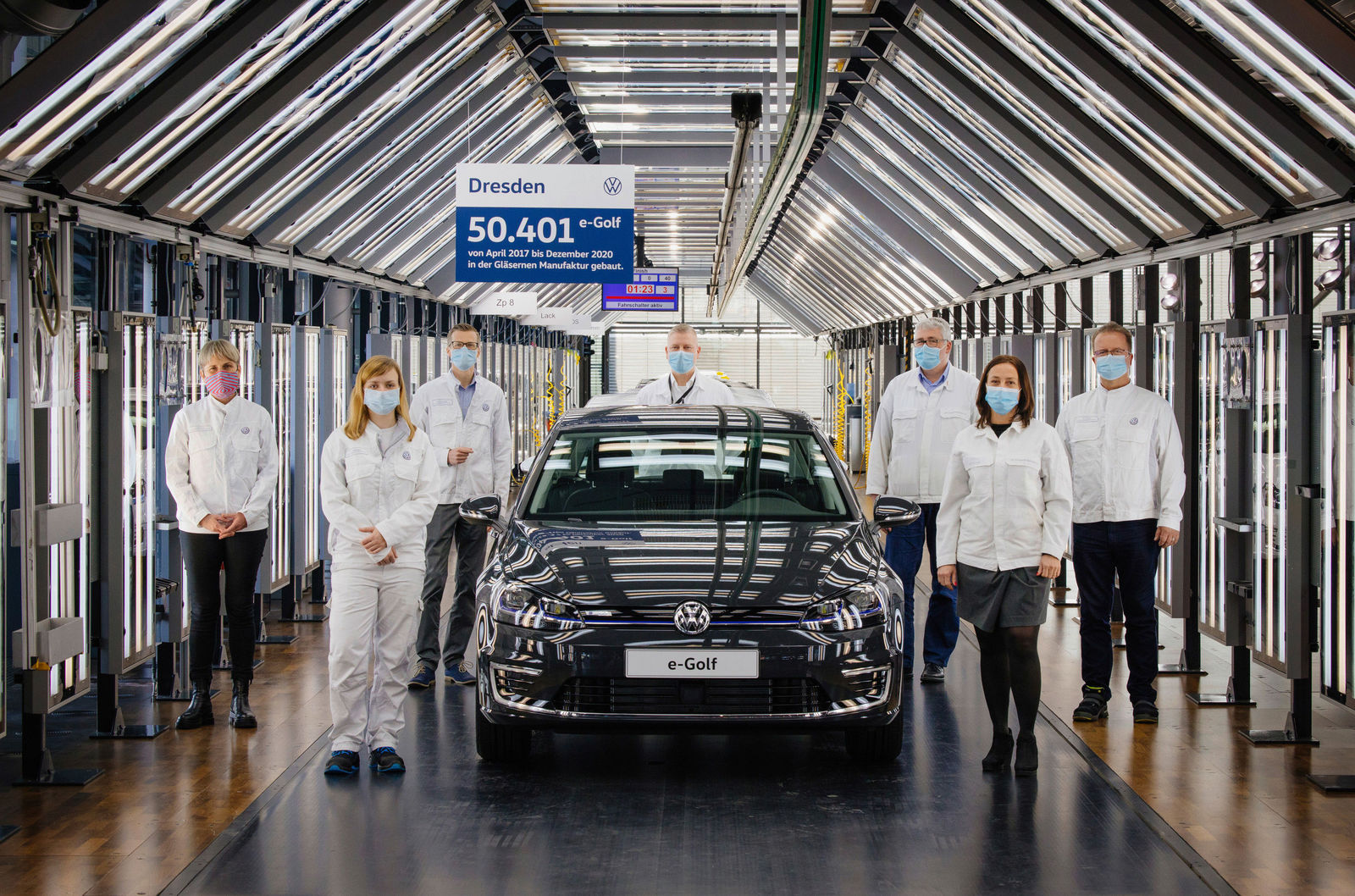 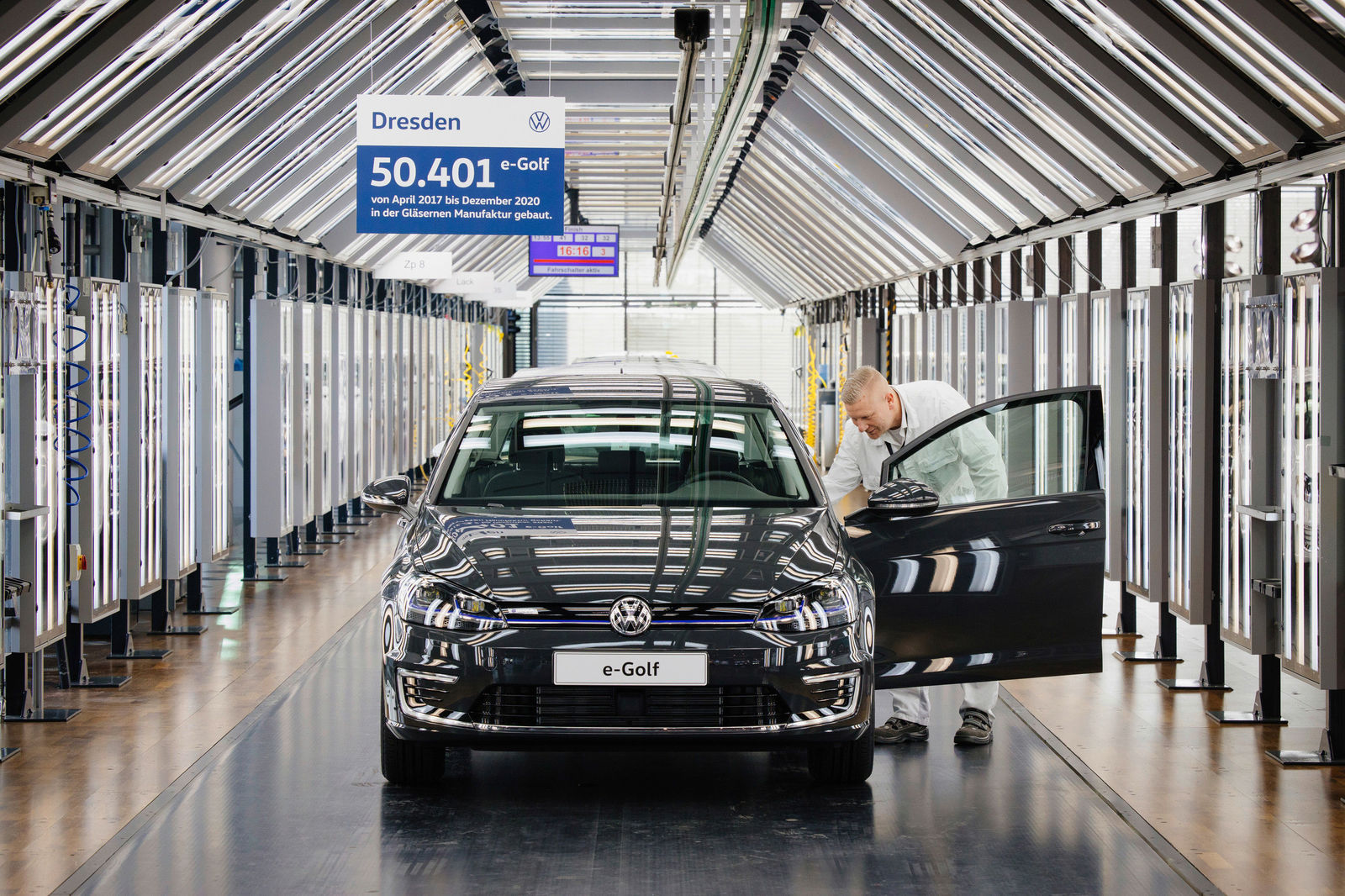