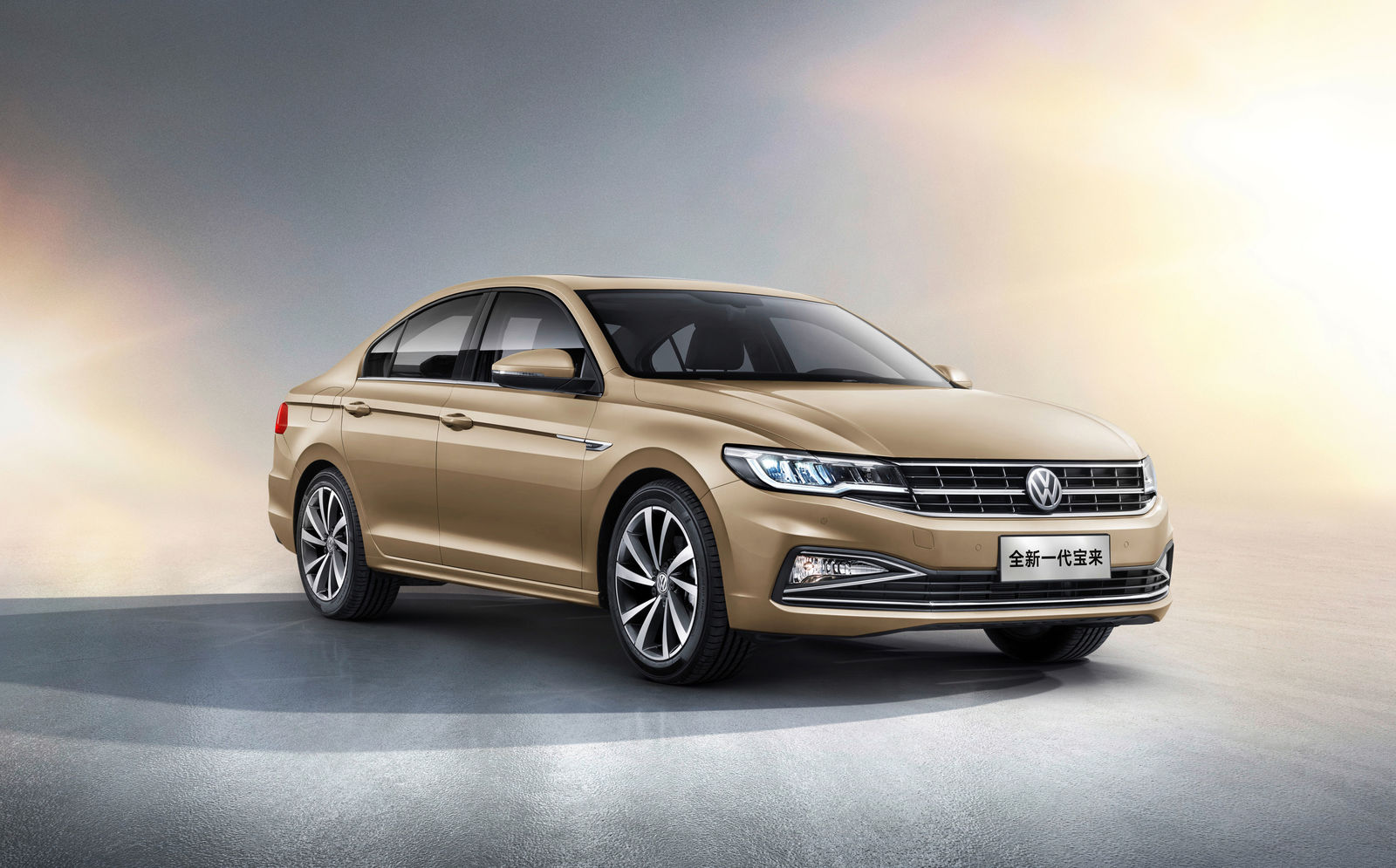 Market overview: Compact notchback models are one of Volkswagen’s key segments in China

European customers love compact hatchback models like the Golf, which has spent over four decades at the top of the vehicle registration statistics. In contrast, the world market is dominated by compact notchback models. Worldwide, they account for almost one third of all deliveries to Volkswagen brand’s customers – with 1.6 million vehicles sold in China alone. A total of six models are offered there to satisfy the high demand. A market overview of the notchback vehicles sold exclusively on the Chinese market gives a detailed insight into the differences between models.

Spacious cabins and trunk space is important to Chinese car buyers, this is why the sedan segment is way more important than the hatchback segment. Volkswagen satisfies this need with a range of models developed exclusively for this market. Through the joint ventures SAIC-Volkswagen and FAW-Volkswagen and the JETTA sub-brand, the Volkswagen brand offers six individual models in the key segment that are geared to the customers’ tastes. In its largest single market, the Volkswagen brand grew its market share in 2019 with these vehicles. The models at a glance:

The JETTA sub-brand was launched in 2019. It is the first time in Volkswagen’s history that a model, in this case the Jetta notchback saloon, which has been extremely successful in China for a number of years, has become an independent sub-brand with its own dealership network. Adding together the sales figures for the previous version of the Jetta with the JETTA VA3, shows that more than 145,000 units were delivered to customers during 2019, the transition year. The VA3 vehicles are produced in Chengdu. The Chinese model shares only a name with the Jetta sold in North and South America. At 4.50 metres in length, it is considerably more compact, has a 1.5-litre naturally aspirated engine with an output of 82 kW, and is aimed primarily at younger first-time buyers.

FAW-Volkswagen has been manufacturing the Sagitar since 2006, with production now based in Changchun and Chengdu. It is an MQB model and is available either with a 1.2-litre TSI engine (85 kW) or with a 1.4-litre TSI turbocharged petrol engine (110 kW). Since 2019, the third generation has been available in China as a long-wheelbase version – 2.73 metres compared to the US Jetta’s 2.69 metres. In the year in which the model changed, some 310,000 customers opted for the Sagitar, of which more than 176,000 chose the new model.

The Lamando has been produced in China by SAIC Volkswagen since November 2014. It is a four-door notchback coupé with a wide body (1.82 metres) and a height of 1.42 metres, making it comparatively flat. The model is also constructed using the MQB platform and has an overall length of 4.60 metres combined with a wheelbase of 2.65 metres. The Lamando comes with a 1.4-litre TSI four-cylinder engine with two power options (96 and 110 kW), both with a DSG dual clutch gearbox. A sporty GTS version with a 2.0-litre TSI engine (162 kW) has also been on the market since 2016. More than 101,000 units of the Lamando were delivered in 2019.

The Bora has proved to be successful in China. FAW-Volkswagen delivered 323,400 units to customers last year. It is also an MQB model and is available either with a 1.5-litre naturally aspirated engine (83 kW) or with a 1.4-litre TSI turbocharged petrol engine (110 kW). There is now also an electric version – the e-Bora. The Bora is 4.66 metres long, 1.81 m wide and 1.46 metres high, with a wheelbase of 2.69 metres.

This successful Chinese model also has nothing in common with the angular original Santana, which was based on the second-generation Passat – a familiar sight in 1980s Germany. While it has not been available in Germany since 1985, production of a notchback version continued in China, along with an estate version based on the Passat. Since 2013, there has been an independent version available in China that was developed specifically for the domestic market. It is 4.48 metres long, 1.71 metres wide and 1.47 metres high, with a wheelbase of 2.60 metres. Some 245,000 units of this vehicle were sold in China last year. 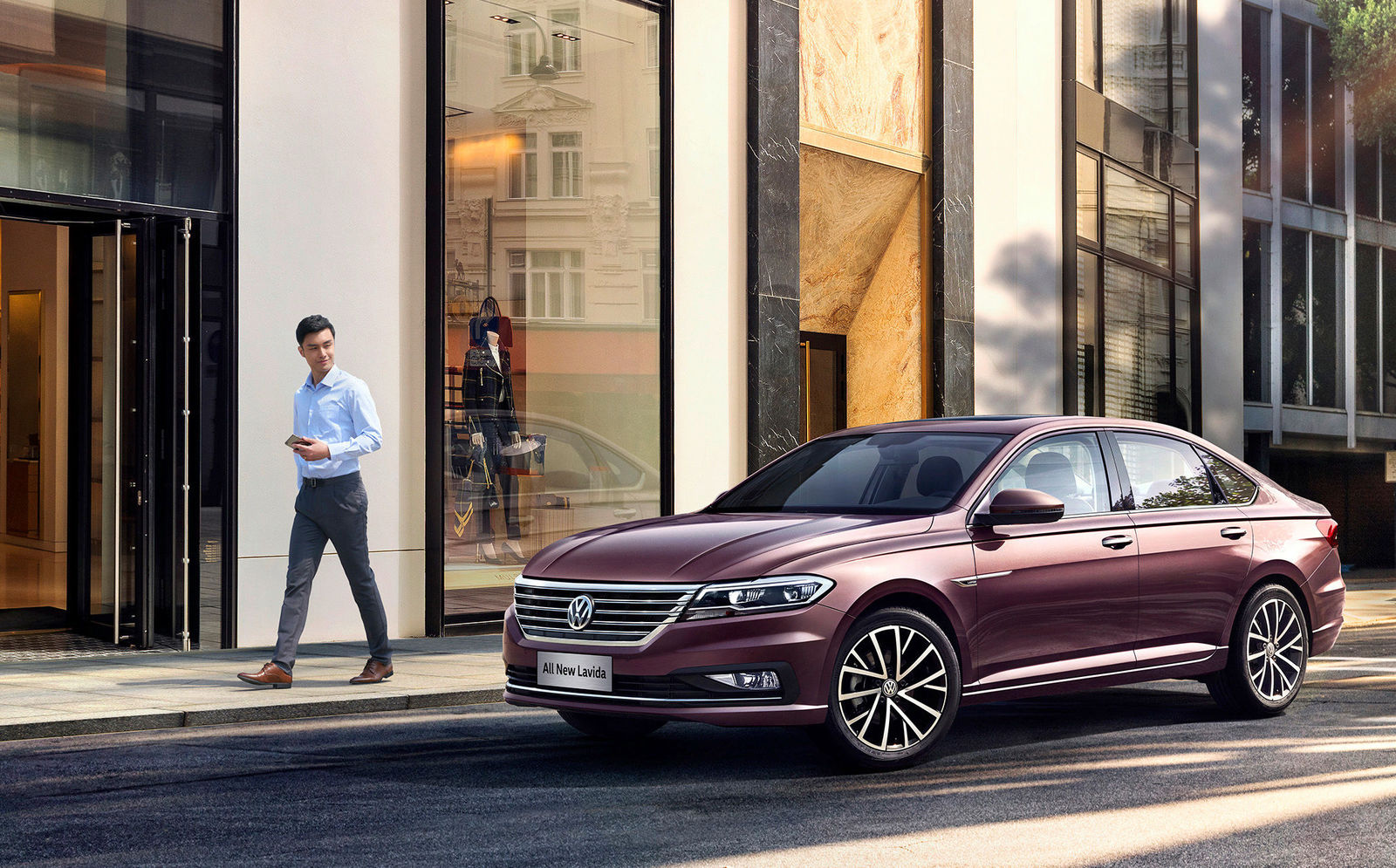 The third generation of SAIC-Volkswagen’s Lavida has been on sale since May 2018. Another model that is available only in China, it has been specially developed to cater for the preferences and requirements of certain customers. The current generation of the Lavida is constructed on the MQB platform and enjoys the same level of success in China as the Passat does in Germany. The Lavida was the best-selling model of all manufacturers in 2019 with 491,000 units sold – but hardly anyone in Germany has ever heard of it. It has also powertrain the 1.5-litre naturally aspirated engine, here with 85 kW, or a 1.4-litre TSI with 110 kW and a wheelbase of 2.68 metres. The Lavida’s body dimensions are: 4.67 metres long, 1.81 metres wide and 1.47 metres high. Like the Bora, there is also an electric version. The e-Lavida shares the powertrain with the e-Golf.

Over 30 years of success in China

The COVID-19 pandemic forced Volkswagen in China to suspend production, as has since happened in Europe, but the automotive industry is now slowly returning to normality. At almost all Volkswagen sites, vehicles and components are being produced again. In March, a survey conducted by the market research institute Ipsos has shown that the impact of the epidemic has changed Chinese people’s attitude to individual mobility. Two thirds of the 1,620 respondents who do not have a car of their own are planning to buy one within the next six months. Three out of four first-time buyers cite protection against infection as the motivation behind their purchase. The car has climbed from third to first place among China’s preferred modes of transport. 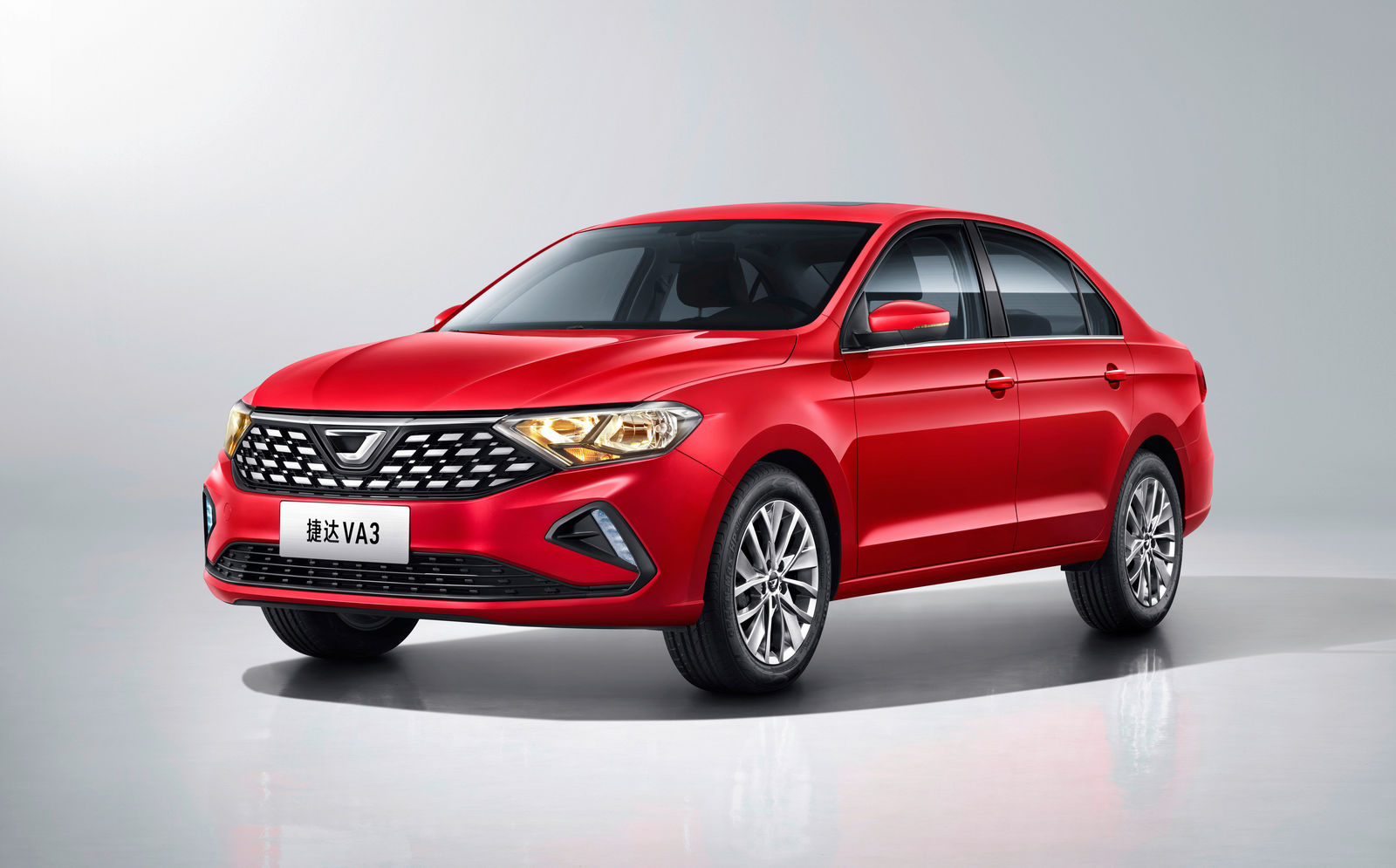 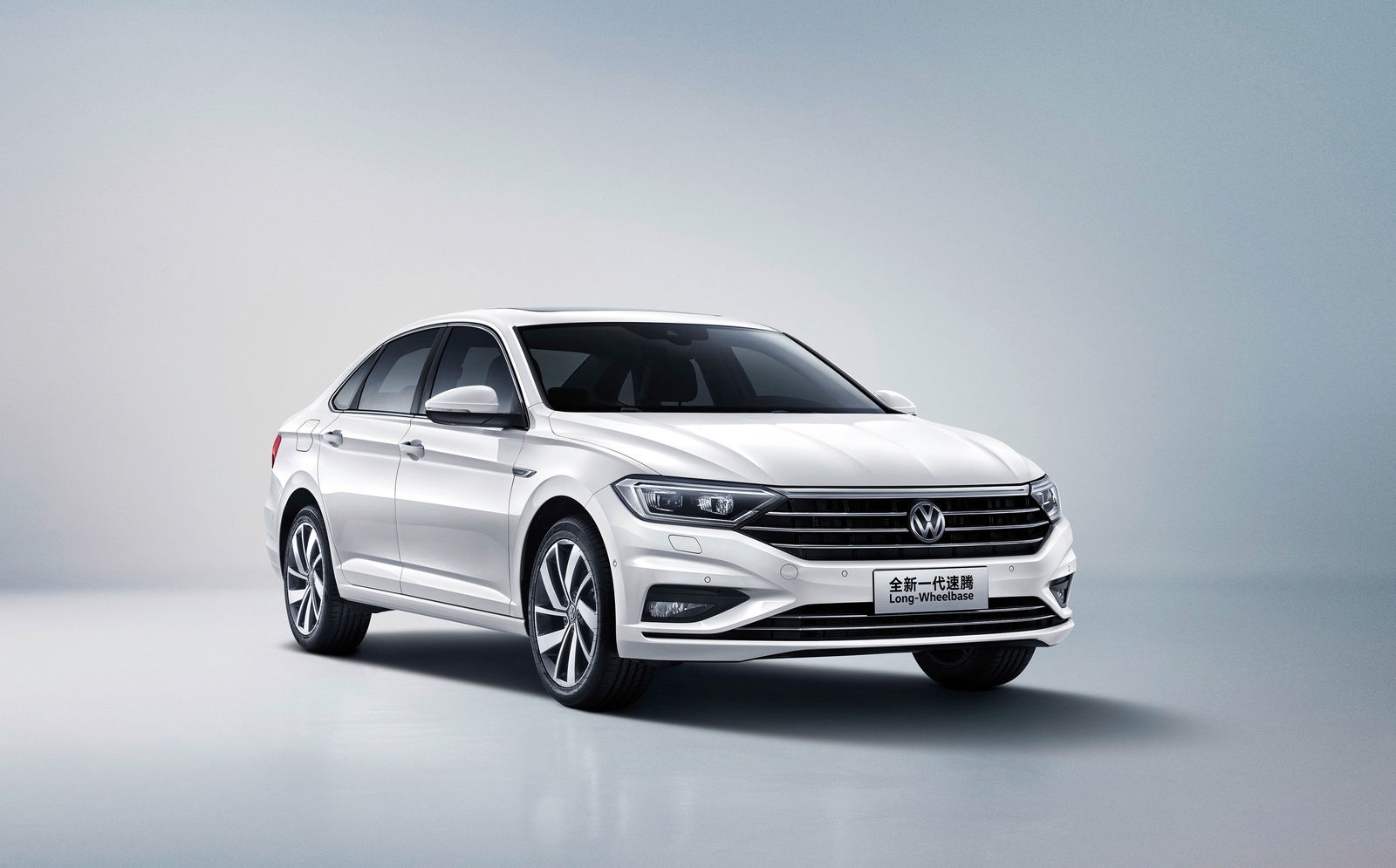 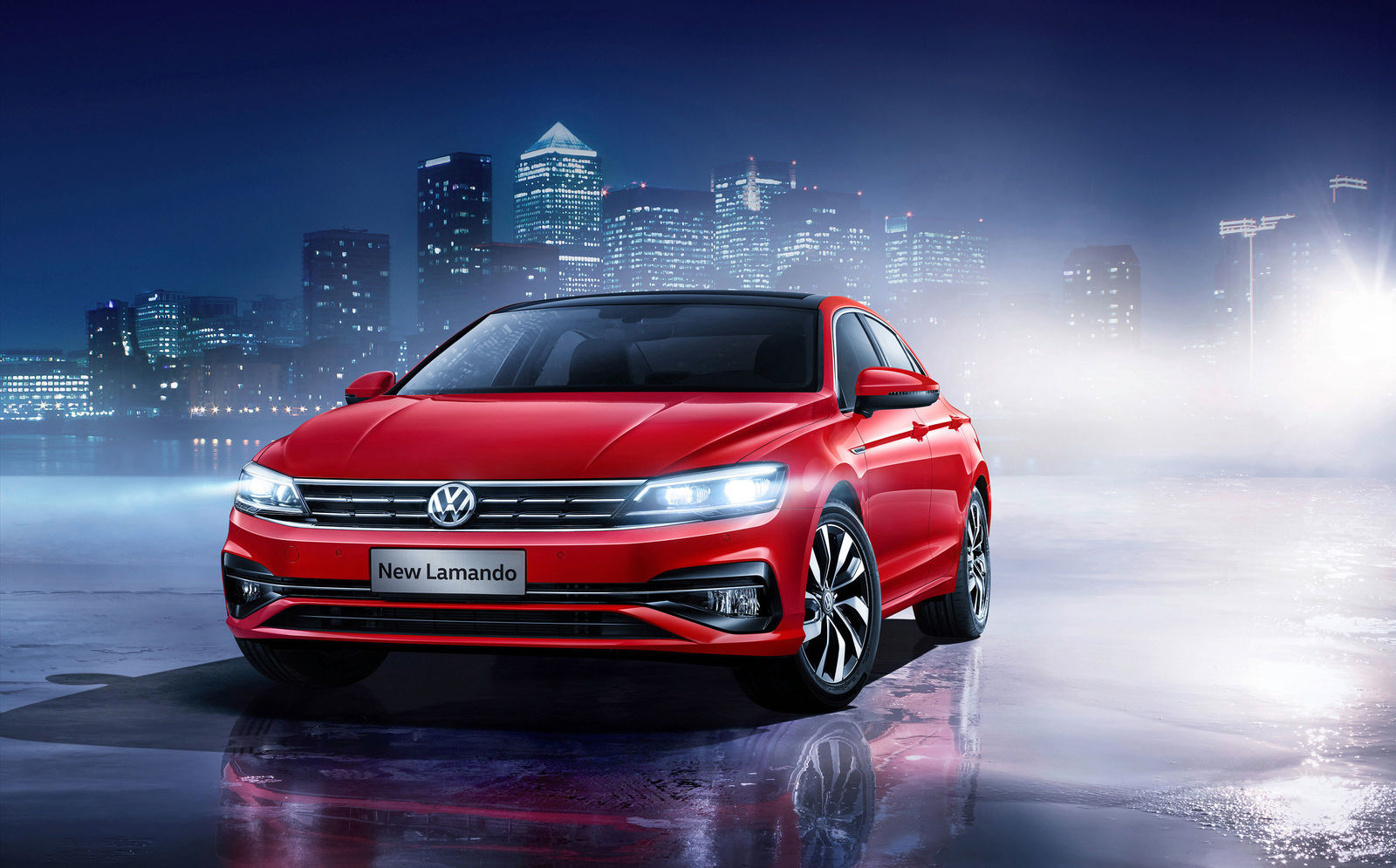 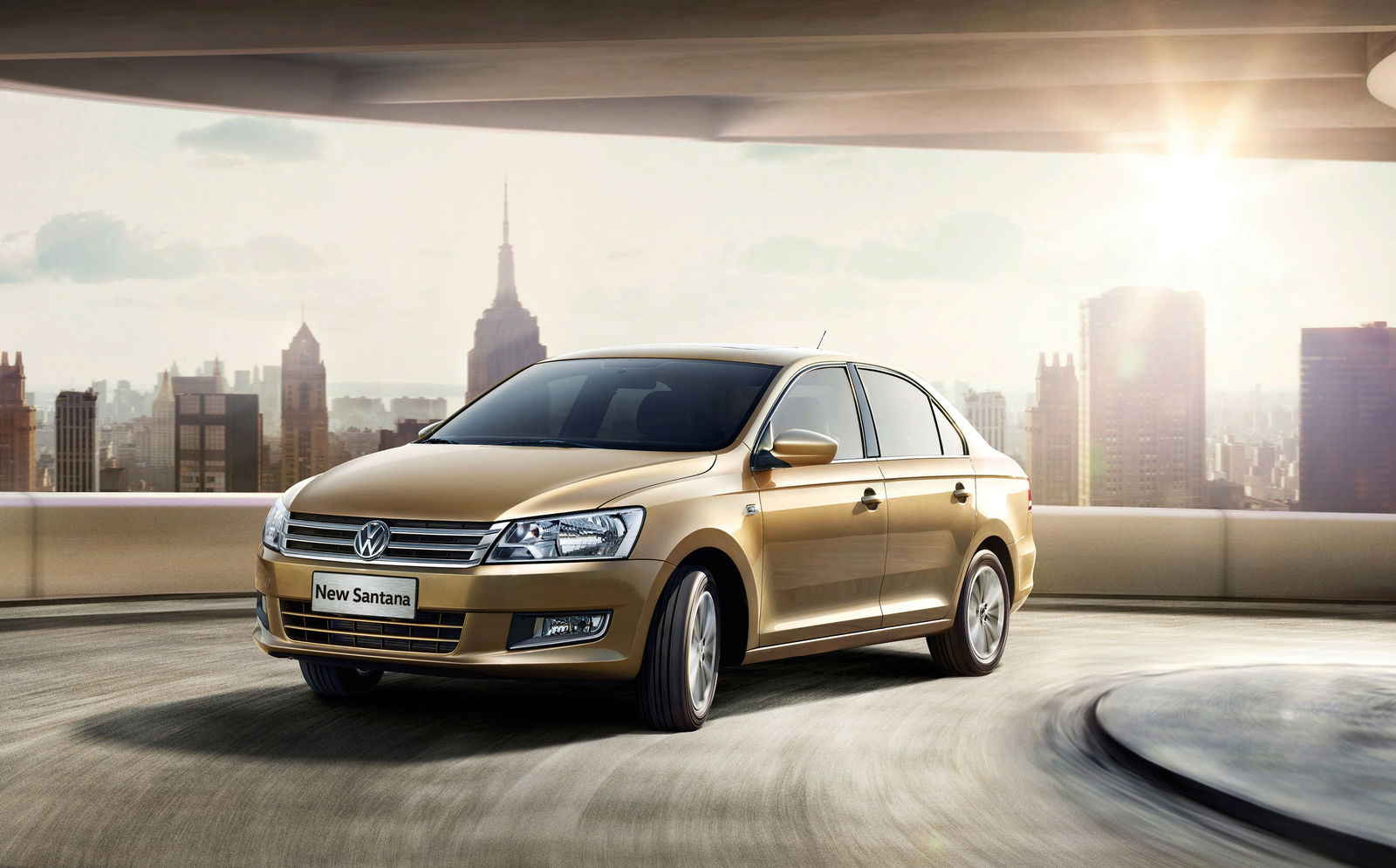