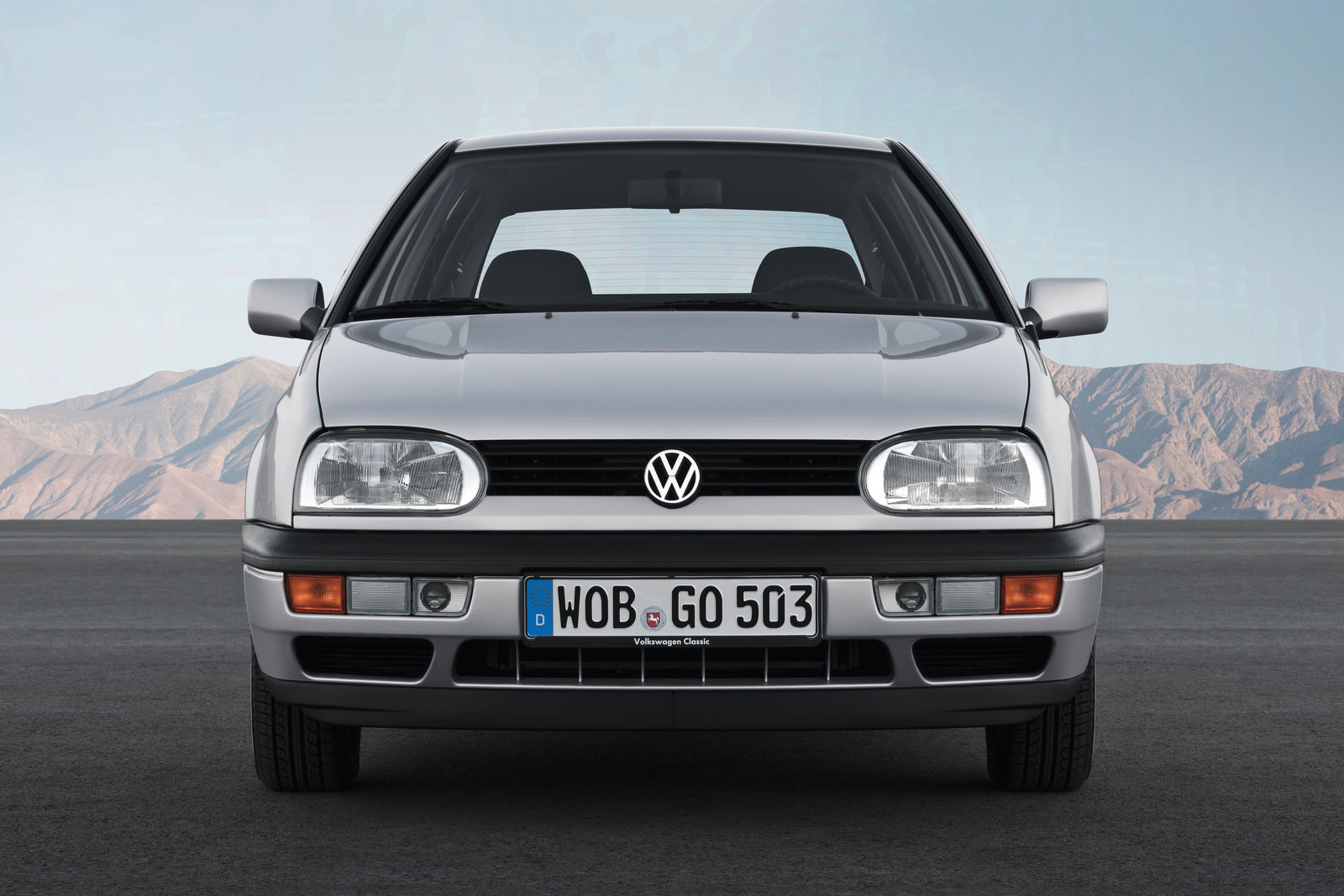 Countdown to the new Golf:
Golf Mk3 – a pioneer in safety systems

From August 1991, Volkswagen kickstarted a new era of safety with the third generation of the Golf. The Mk3 Golf was the product line’s first model to be available with front airbags, from 1992, and furthermore, large steps forward in body design also led to significantly improved crash properties. With the Golf Mk3, Volkswagen democratised passive safety, as the improved protection it offered benefited many people.

As well as the well-known safety extras, the Golf Mk3 is also associated with many other of the product line’s milestones: its body was the first to house the six-cylinder engine (VR6), the cruise control system, the first oxidising catalytic converter for diesel engines (1991), the first diesel direct injection engine (TDI, 1993 and SDI, 1995) and the first side airbags (1996). Also in 1996, in September, ABS became standard equipment for all Golf vehicles. Based on the third Golf, Volkswagen had also introduced a new convertible, a new syncro II (all-wheel drive model) and the first estate model in this product line in 1993. One year later, the product line broke through the sound barrier of 15 million produced specimens. In 1997, the third generation was phased out after production of 4.83 million vehicles.

1991 Debut of the third Golf generation
1991  VR6 engine as the first six-cylinder in the compact class
1991  Service interval display in the cockpit
1991  Oxidising catalytic converter
1991  Water-soluble paints
1992  Driver and front passenger airbags
1993  Debut of the first Golf Variant
1993  Debut of the second Golf Cabriolet
1993  Debut of the second Golf syncro generation
1993  The first turbo diesel direct injection engine (TDI) in a compact vehicle
1994  The sound barrier of 15 million produced Golf vehicles is broken through
1995  The first suction diesel direct injection engine in a compact vehicle (SDI)
1995  Laser welding: the first series attempts with 80cm roof joints in the Golf Variant
1996  ABS becomes standard for all Golf vehicles
1996  Side airbags in the Golf “Family” special model fitted as standard, as option in all other Golf models
1996  Phase-out of the third generation after 4.83 million vehicles produced.