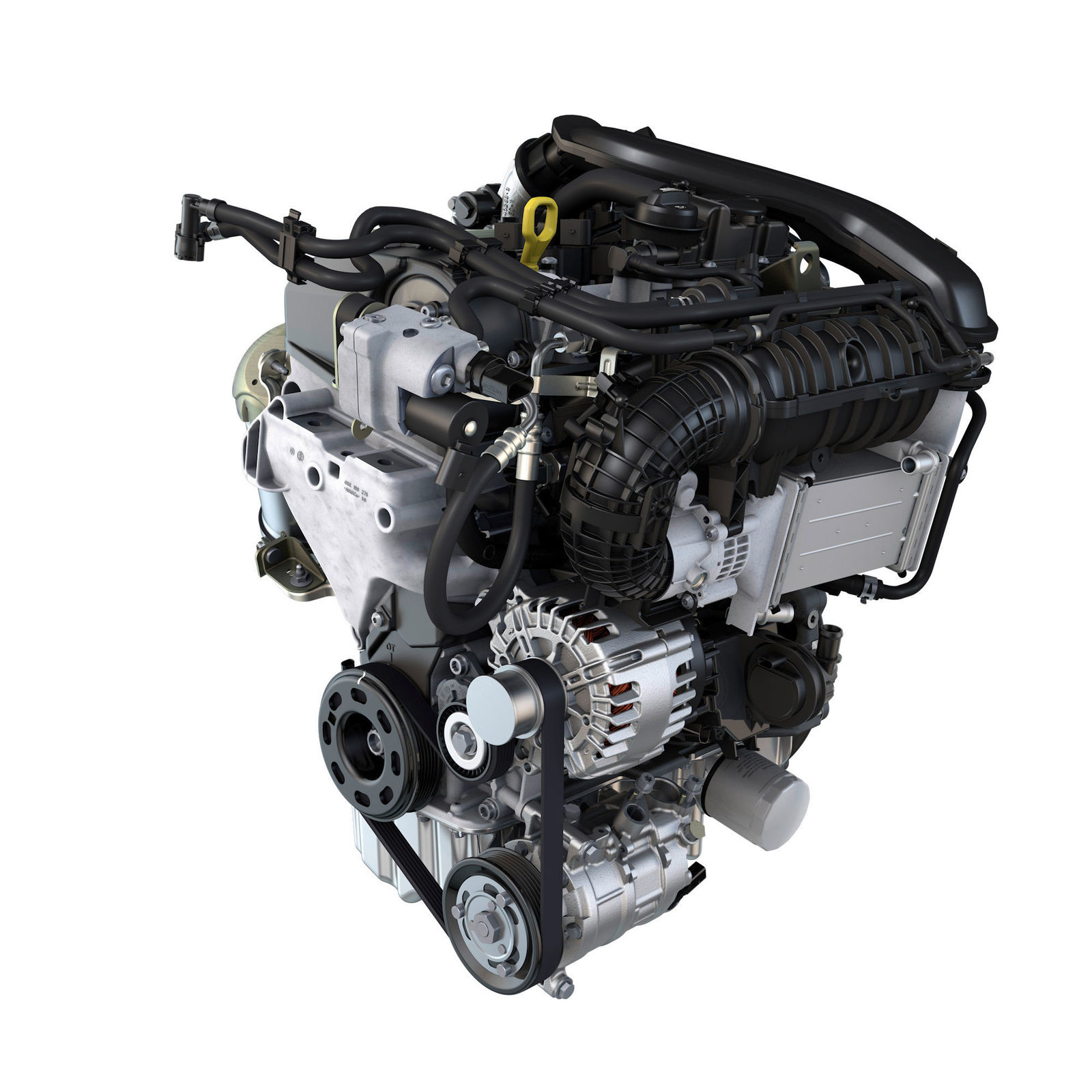 Volkswagen will be enhancing its model range by an innovative spectrum of completely new drive systems. These include affordable mild hybrid drives with 48V technology, new high-tech diesel engines that will also be available as hybrid variants and what is currently the world's most cutting-edge natural gas drive. Volkswagen has now announced initial facts as part of the Vienna Motor Symposium (26 to 27 April). The technologies showcased in Vienna as world premieres form a vital part of the progressively aligned Volkswagen drive strategy. It involves the combination of state-of-the-art petrol, diesel and natural gas engines, new hybrid systems and purely electric drives. With this combination, Volkswagen will among other things meet the CO2 fleet emissions target of 95 g/km prescribed in the EU as of 2020.

World premiere I: 48V mild hybrid. One of the most important, new drive systems is a 48V mild hybrid. Volkswagen will initially launch this variant on the market for the next Golf generation. With the new 48V technology, Volkswagen aims to make hybrid drives affordable to an extremely large clientèle. The drive systems drastically reduce consumption and emissions while at the same time offering extra dynamism and comfort with an electric boost function and exceptional drive performance. Volkswagen will gradually extend the electrification of conventional drives to the entire fleet. The next Golf represents the starting point in this worldwide electric campaign.

Production of the 1.5 TGI Evo engine will start this year. With an estimated average consumption of 3.5 kg/100 km (CNG) in the current Golf featuring dual clutch gearbox (DSG), the agile turbocharged engine will be as efficient as it will be cost-effective to run. This results in a range of 490 km in CNG mode. Thanks to the automatic switch to petrol mode, the range is extended by an additional 190 km (all data has been calculated on the basis of the NEDC cycle). In addition to its efficiency, the engine offers dynamic performance and torque vales: 200 Nm of torque are already available at 1,400 rpm (up to 4,500 rpm).

World premiere III: 2.0 TDI diesel engine (EA288 Evo). Volkswagen is also launching the diesel engine into the future. In Vienna, Volkswagen demonstrates the great potential of this drive type with the completely new EA288 Evo product line 2.0 litre TDI engine development. For the first time at Volkswagen, the Group's TDI four-cylinder engines will also be available in conjunction with hybrid systems; the EA288 Evo will already start as a mild hybrid drive with 12V belt starter generator on its first use. In conjunction with a lithium-ion battery, the mild hybrid system reduces fuel consumption and increases comfort. In general, what sets the new TDI engines apart is their extremely low emissions in all driving cycles. It goes without saying that they meet current and future emission stipulations for WLTP/RDE certification. The output ranges from 100 kW/136 hp to 150 kW/204 hp. The TDI engines developed by Volkswagen will initially be used at Audi in vehicles with longitudinally installed drive train. The new TDI engines will also be used transversely in the MQB vehicles of Volkswagen and other Group brands in the future (MQB: modular transverse matrix).

With the EA288 Evo engine family, Volkswagen has developed a TDI range that is technologically at the forefront of the competitive environment. The combustion process of the engines has been redesigned and improved both in terms of efficiency and in terms of raw emission behaviour. What is more, the efficiency and response behaviour of the turbocharger have been significantly increased. Exhaust aftertreatment components – including diesel particulate filter (DPF) and SCR components (NOx treatment using selective catalytic reduction) – have been re-dimensioned and improved in terms of their effect and ageing stability. It was possible to reduce frictional losses, heat losses and engine weight. Volkswagen has also cut the CO2 emissions of EA288 Evo engines by up to 10 g/km compared with the predecessor generation. As a result of said measures, these new TDI engines generate values below the limits laid down in current emissions legislation. Meanwhile, the power and torque valueshave increased by up to 9 percent.