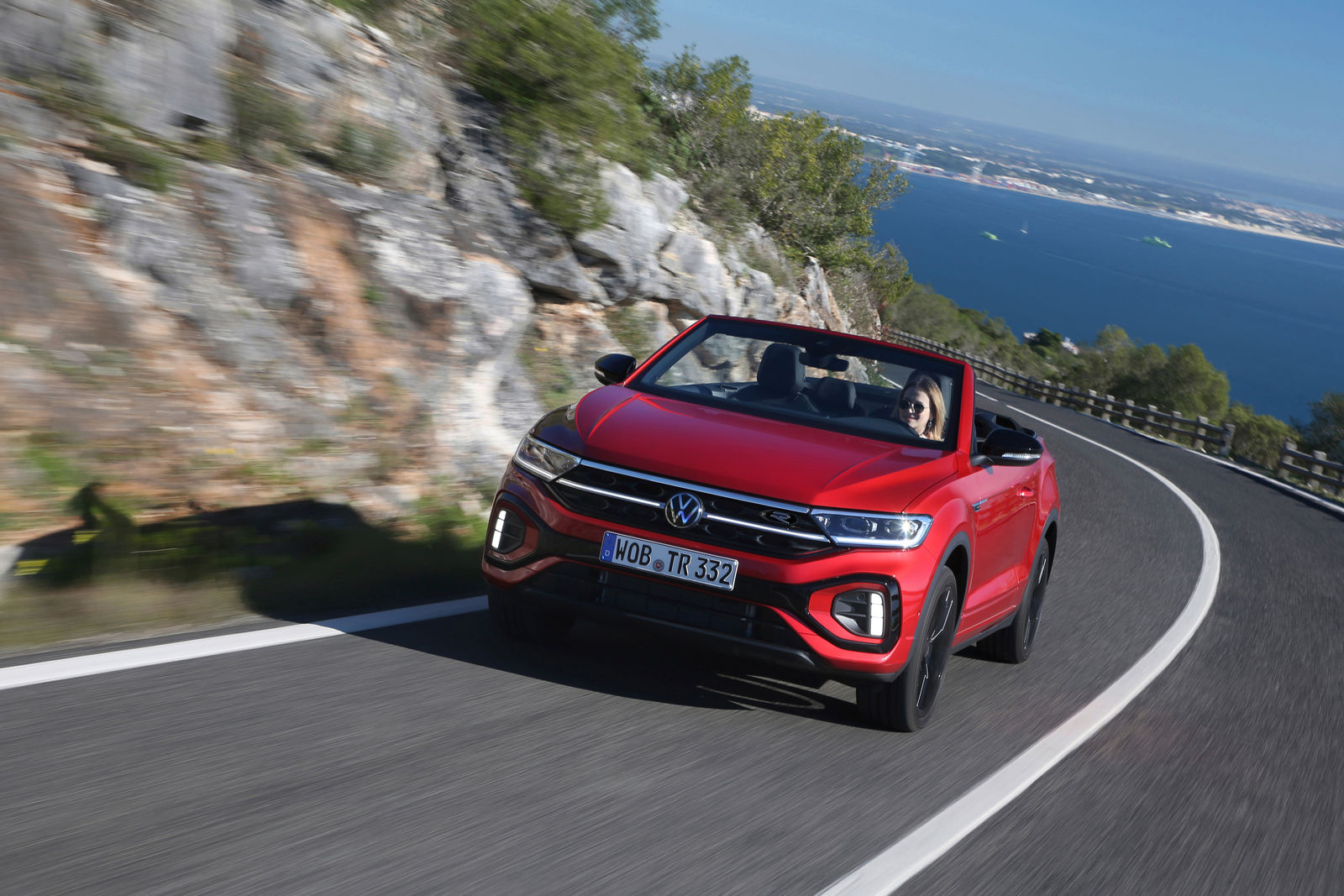 1.5 TSI evo2: even greater efficiency and lower emissions for the Volkswagen
world engine

Higher efficiency and lower emissions: Volkswagen has enhanced its bestselling 1.5 TSI petrol engine and is now introducing the latest generation, the TSI evo2, in the first models in Europe. This engine makes it possible to reduce both fuel consumption and CO2 emissions. The compact, ultra-modern four-cylinder engine will initially be available with an output of 110 kW (150 PS), and further variants of the 1.5 TSI evo2 will follow. The T-Roc and T-Roc Cabriolet will be the first models to be delivered with the new engine. The TSI evo2 will also be introduced successively in other models by the end of the year.

“The 1.5 TSI is a key pillar of the Volkswagen engine range because it powers many models worldwide, from the T-Cross through to the Passat Variant. We have continuously enhanced the compact four-cylinder unit. It now offers significant fuel consumption benefits and a very dynamic response,” says Thomas Ulbrich, Member of the Board of Management of the Volkswagen brand, responsible for “Technical Development”. “The highlights of the latest version include Active Cylinder Management ACTplus, an emission control module close to the engine and the modern TSI-Evo combustion process.” 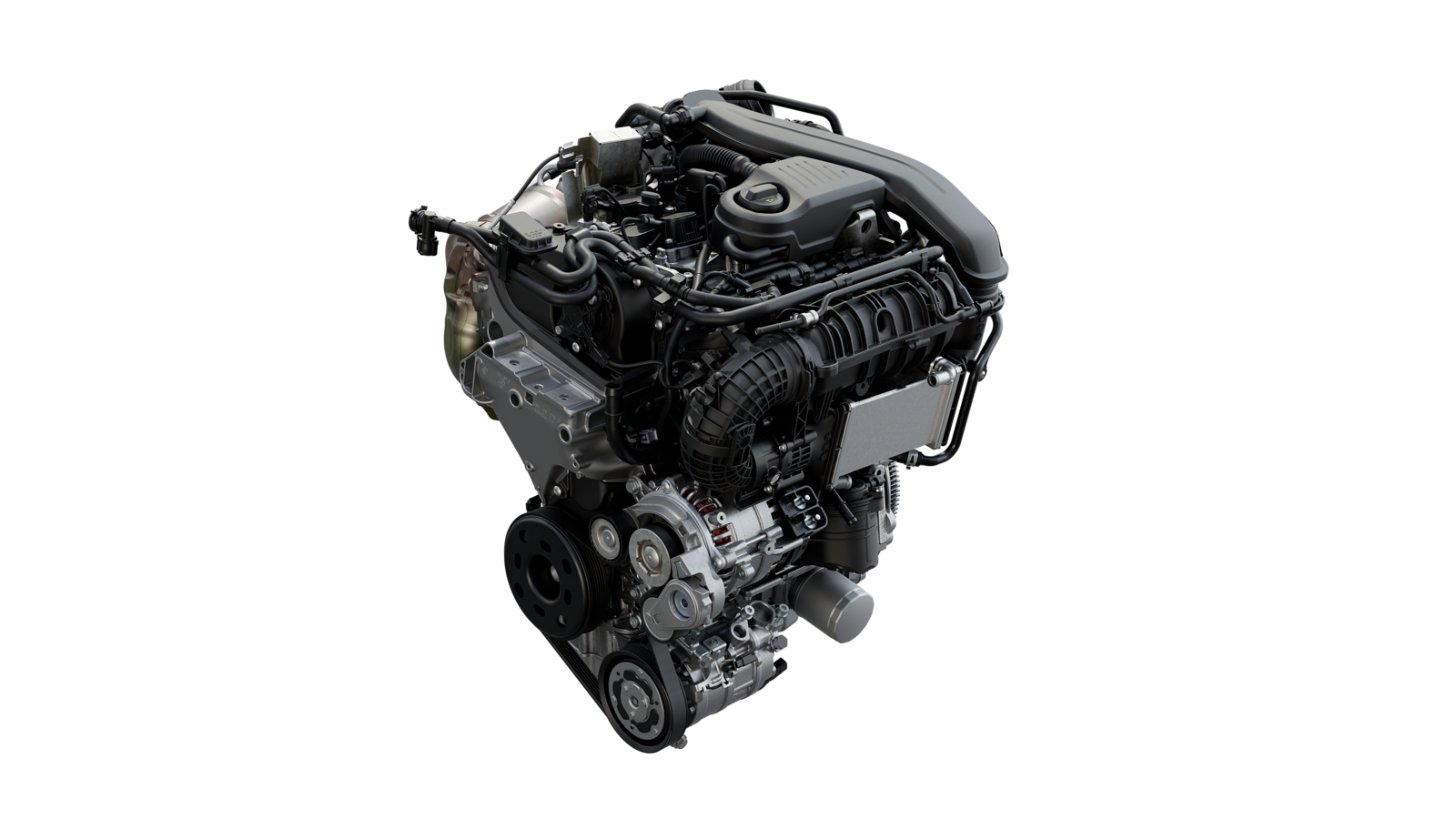 1.5 TSI evo2 – basic engine for many Volkswagen models (at present only for T-Roc and T-Roc Cabriolet)

The new features of the EA 211 evo2 at a glance. In the latest evolutionary stage of the 1.5 TSI, the development engineers have moved the three-way catalytic converter and petrol particulate filter close to the engine in a single emission control module, thereby further improving the efficiency of the emission control system. As a further contribution to sustainability, this permits reduced use of precious metals in production and at the same time creates the basis for compliance with future emission standards.

A key technological feature for reducing fuel consumption in the 1.5 l evo2 is the enhanced Active Cylinder Management system, ACTplus – a joint development of the Wolfsburg and Salzgitter sites. The focus of this new development was on improving activation and deactivation of the two cylinders in order to guarantee smooth engine running. The combustion process in two-cylinder operation was optimised, thus also allowing the operating range of the Active Cylinder Management system to be extended. With ACTplus, the second and third cylinders are not fired when the engine is operating at low and medium loads and speeds. This switchover is hardly noticeable. The efficiency is increased in the active cylinders, while the middle cylinders simply follow with practically no losses – they are reactivated when the accelerator is pressed again.

Alongside the variable-geometry turbocharger, the 1.5 TSI also features other high-tech components: the high-pressure injection system generates a pressure of up to 350 bar, plasma-coated cylinder walls reduce friction, and pistons with cast-in cooling ducts allow combustion to be optimised and efficiency increased.

Future-oriented concept. The TSI evo2 engines are designed for operation with fuels containing ingredients manufactured from renewable energy sources – this also ensures that they are ready to meet future requirements. In addition, they are suitable for various hybridisation levels; a system power of up to 200 kW (272 PS) is possible with a plug-in concept, for example.

Engine complements the electrification strategy. Volkswagen is on the “Way to Zero” – with its ACCELERATE strategy, the company is driving forward its electrification offensive at a fast pace. By 2030, Volkswagen plans to already achieve a sales share of 70 percent with its electric models. Parallel to this, the important combustion engines are receiving further enhancements. There are two reasons for this: firstly, this will allow them to comply with future worldwide emission standards such as Euro 7. Secondly, the combustion-engine models from Volkswagen are still popular in many markets – particularly where electric mobility is establishing itself only slowly due to the lack of charging infrastructure.

The world engine – state-of-the-art for ten years. The compact TSI engines from the EA 211 family (EA = German acronym for development order) have been global bestsellers since 2012. Each year, Volkswagen builds over four million of them at eleven locations on three continents. At their debut in 2012 – in three capacity variants – they already incorporated a host of high-tech features. Strict lightweight construction reduced their weight by up to 21 kilograms compared with their predecessors.

The TSI-evo combustion process. The TSI-evo combustion process already familiar from the 1.5 l TSI evo1 is also used in the TSI evo2 generation. Alongside optimisation of combustion chamber cooling, the decisive factor is once more the symbiosis of the Miller cycle (early closing of the inlet valves with high compression) and VTG turbocharging technology (variable turbocharger geometry). A key factor for this next step was above all the possibility of developing and optimising the relevant engine software components internally at Volkswagen.