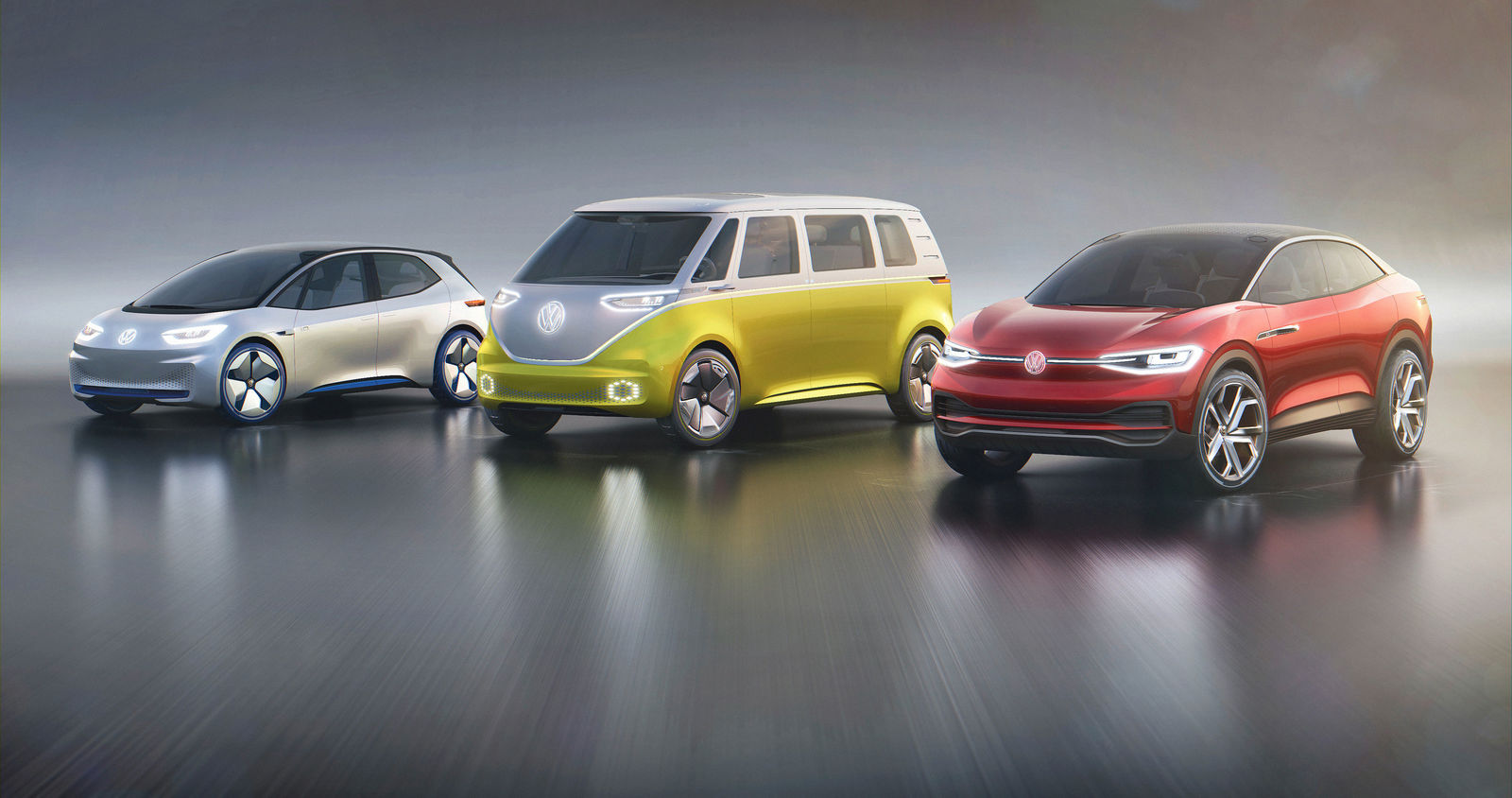 Premiere at the IAA: Volkswagen presents the ID. CROZZ II

Wolfsburg / Frankfurt, September 2017. The countdown to a breakthrough in electric mobility has started. The year 2020 marks a turning point. Volkswagen is forging ahead into this new era with the development of a fresh generation of innovative electric vehicles – the avant-garde I.D. Family. Now more launch dates for the new Volkswagen zero-emission vehicles are being announced. It all begins in 2020, with the compact and visionary I.D. – a four-door car with a large boot lid. Now the time frame for the next member of the I.D. Family has also been confirmed: the I.D. CROZZ – an all-wheel drive, zero-emission SUV, which will also launch in 2020. As a surprise, Volkswagen is presenting an advanced and visually more striking version of this concept at the IAA in Frankfurt: the I.D. CROZZ II. This August in Pebble Beach, California, Volkswagen and Volkswagen Commercial Vehicles also announced that the zero-emission van, the I.D. BUZZ – a reinterpretation of the legendary Bulli – will be launched in 2022.

New all-electric architecture as common platform. All I.D. concept vehicles share the new all-electric architecture – developed as a common architecture – and the unique design DNA for electric mobility. Other shared characteristics include zero-emission driving ranges from 500 to 600 kilometres, a lounge-like spatial concept ('Open Space'), digitalisation of all displays and controls, and integration of an optional fully automated driving mode ('I.D. Pilot').

Coexistence of drive systems. "An important task that must be performed in parallel to our electric mobility campaign is to expand the charging infrastructure. We assume that electric cars will quickly gain momentum at the beginning of the next decade. Furthermore, we are anticipating a rather long transition phase as we enter the electric era. During this phase Volkswagen will continue to invest in efforts to modernise and boost the efficiency of its petrol and diesel engines. A mix of different drive systems will continue over several model generations", says Dr Herbert Diess, Chairman of the Volkswagen Brand Board of Management.

I.D. premieres around the globe. Since 2016, Volkswagen has been showing how car drivers can envision the new generation of zero emission vehicles. The first concept car in the I.D. Family, the compact I.D., was presented in late 2016 at the Paris International Motor Show. In early 2017, the I.D. BUZZ concept car made its debut at the NAIAS in Detroit. In mid-August, Volkswagen and Volkswagen Commercial Vehicles presented the Microbus, or 'Bulli', of the new era, complete with surfing equipment on the roof at the Pebble Beach Concours d'Elegance in California. Volkswagen presented the third I.D. model in April 2017 in Shanghai: the I.D. CROZZ, an SUV concept vehicle. Now comes a further defined version of the Volkswagen zero-emission sport utility vehicle with the premiere of the I.D. CROZZ II.

Notes:
All performance, consumption and emissions data cited in this press release are predicted figures, as of August 2017.