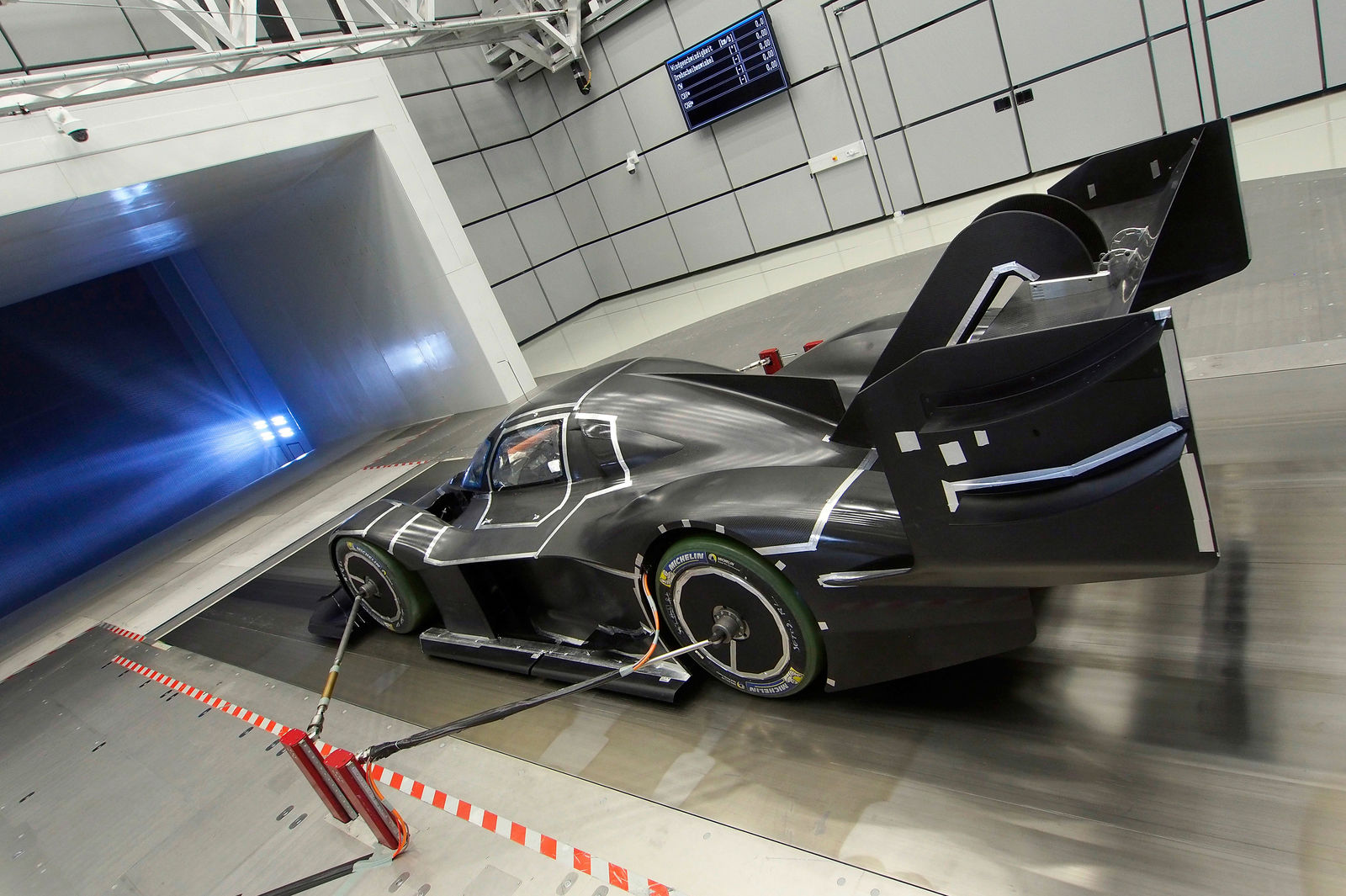 Up in the air – Volkswagen Motorsport breaking new technological ground with the aerodynamics of the ID. R Pikes Peak

At first glance, it is clear to see that the ID. R Pikes Peak has been developed for extreme conditions. The aerodynamic aspect of Volkswagen’s first fully-electric racing car is also uncompromisingly designed to tackle the most famous hill climb in the world. “The start line is located at an altitude of almost 2,900 metres, with the finish at 4,300 metres above sea level. The low air pressure up there means that the aerodynamic conditions are different to those at a racetrack on flat land,” explains François-Xavier Demaison, Technical Director at Volkswagen Motorsport and the man responsible for developing the ID. R Pikes Peak as project manager. The relatively open regulations gave the engineers far more leeway, with which to design the chassis and rear wing of the ID. R Pikes Peak, than in other racing disciplines.

During the winding 19.99-kilometre drive to the summit of Pikes Peak near Colorado Springs (USA), a top speed of around 240 km/h is reached – this is relatively low for a prototype like the I.D. R Pikes Peak, as it could theoretically do far more than this. “For this reason, we concentrated mainly on achieving optimal cornering speeds. The entire chassis is designed to generate as much downforce as possible, without causing too much aerodynamic drag,” says Demaison, summing up the task facing his team.

The most visually striking result of this strategy is the seemingly oversized rear wing on the I.D. R Pikes Peak. “The altitude on Pikes Peak means that the air we are driving through is on average 35 per cent thinner. As a result, we lose 35 per cent of our downforce compared to a racetrack at sea level. The huge rear wing allows us to compensate for some of this lost downforce,” explains Willy Rampf, technical consultant to the project and a man with years of Formula 1 experience. “The imaginative aerodynamic development means that we will still achieve maximum downforce greater than the weight of the car during the hill climb.”

Volkswagen Motorsport used a scale mode (1:2) to test a host of different variants of the Pikes Peak racer in the wind tunnel. The final touches were then put to a full-size chassis in the Porsche development centre in Weissach. “It was greatly beneficial to be able to use resources from within the group,” confirms Demaison.

New components were often produced in quick time on a 3D printer. “We printed about 2,000 parts. In doing so, we saved a lot of time,” says Dr. Hervé Dechipre, who, as a CFD engineer at Volkswagen Motorsport, is responsible for the aerodynamics on the I.D. R Pikes Peak.

The electric engine on the I.D. R Pikes Peak does need to be cooled efficiently. However, the need for fresh air is far less than in the case of a combustion engine. Furthermore, it is not necessary to guide any intake air to the two electric engines, which together generate 500 kW (680 PS). This made it possible to reduce the size of the necessary inlet ports in the chassis, which are always a big drawback from an aerodynamic point of view. In contrast, the thin air at altitude has a negative effect on the efficiency of the cooling.

Simulation software provided by technology partner ANSYS is used to calculate the ideal compromise. “We could not manage this solely with the data from the wind tunnel, where it is not possible to recreate the thin air, for example,” says Demaison. “The simulation was a great help in determining the dimensions required for the cooling system.”

In the meantime, the findings from the development phase have been optimised in great detail in comprehensive tests. The first test run on the original route in the USA is planned for the end of May. Driver Romain Dumas and the Volkswagen Motorsport team then begin the final phase of their preparations for the “Pikes Peak International Hill Climb 2018” on 24 June. The goal is to break the record in the class for electric prototypes, which currently stands at 8:57.118 minutes. 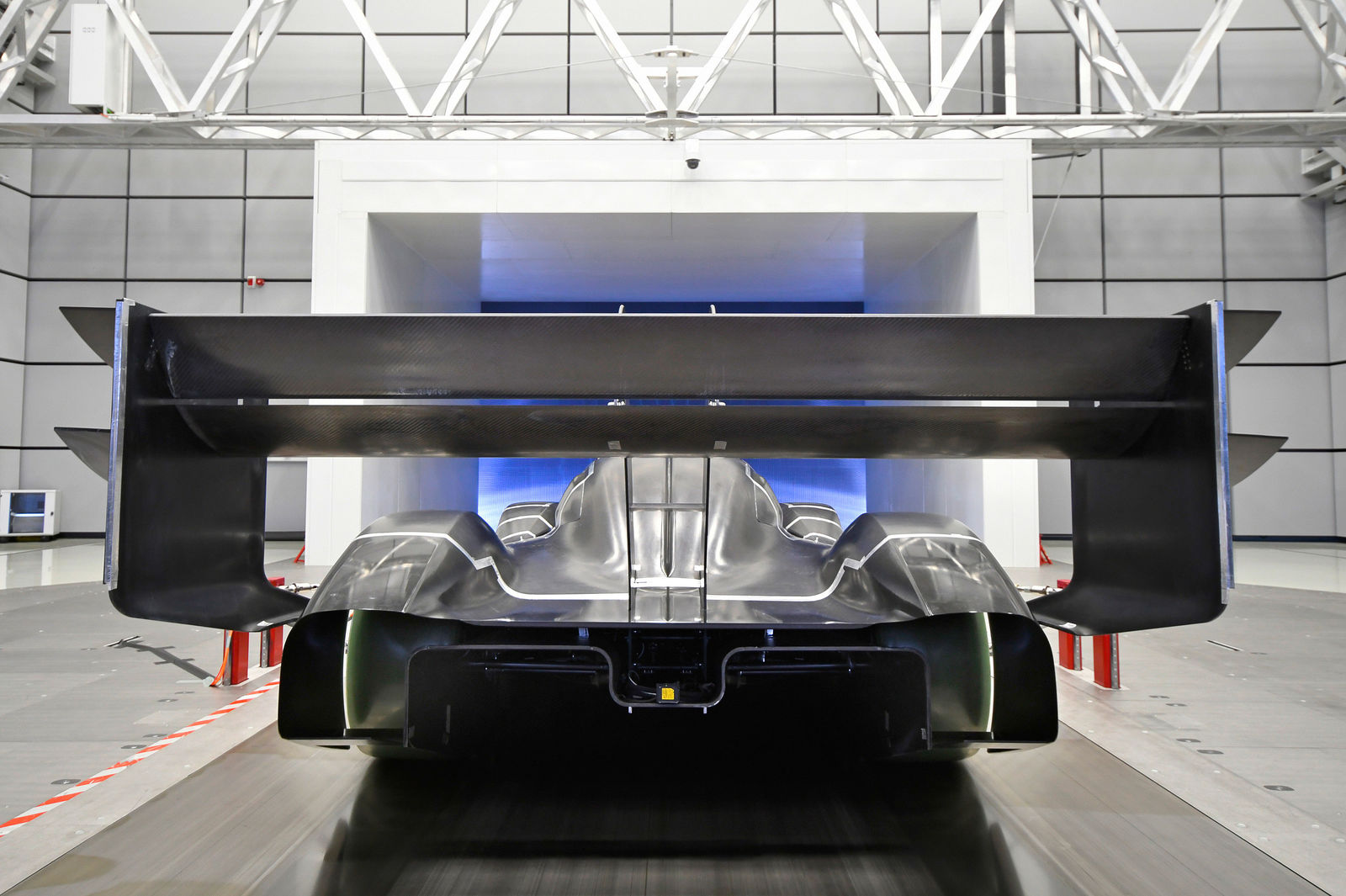