Lithium mining: What you should know about the contentious issue

Electric cars are significant contributors to climate protection – but the mining of lithium for the batteries is often criticized. The discussion focuses on the extraction of raw materials in the South American salt deserts. Questions and answers for a more informed debate. 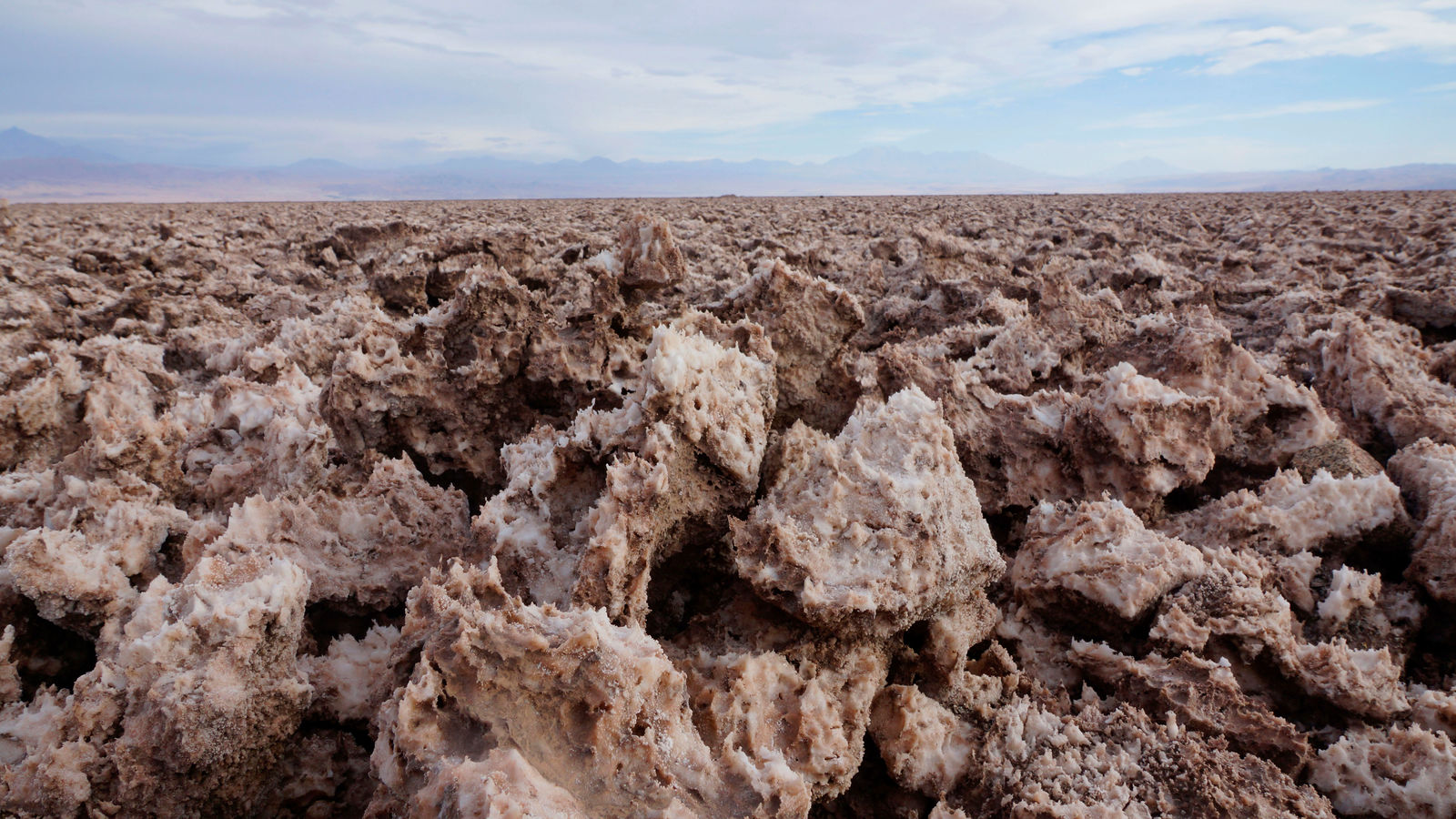 The Atacama Desert in Chile is one of the most important mining areas for lithium.

How much lithium does the world need?
The global market for the alkali metal lithium is growing rapidly. Between 2008 and 2018 alone, annual production in the major producing countries rose from 25,400 to 85,000 tons. An important growth driver is its use in the batteries of electric vehicles. However, lithium is also used in the batteries of laptops and cell phones, as well as in the glass and ceramics industry.

Where is lithium available from?
With 8 million tons, Chile has the world’s largest known lithium reserves. This puts the South American country ahead of Australia (2.7 million tons), Argentina (2 million tons) and China (1 million tons). Within Europe, Portugal has smaller quantities of the valuable raw material. The total global reserves are estimated at 14 million tons. This corresponds to 165 times the production volume in 2018. 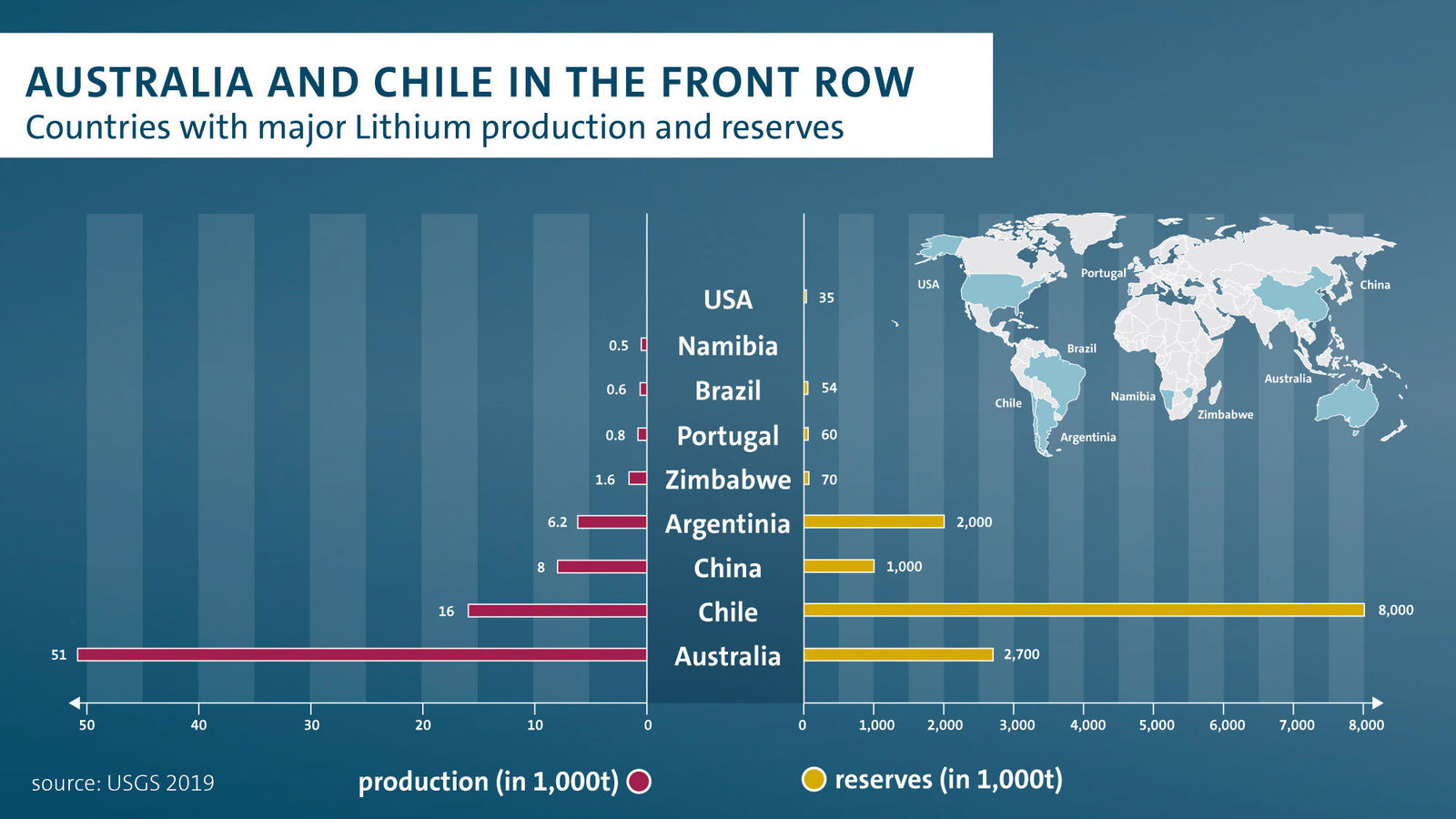 Where is the most lithium mined?
With 51,000 tons, Australia was by far the most important supplier of lithium in 2018 – ahead of Chile (16,000 tons), China (8,000 tons) and Argentina (6,200 tons). This is shown by figures from the USGS (United States Geological Survey). The four countries mentioned have long dominated the picture, with Australia only gaining a clear lead over Chile in recent years.

How do the mining methods differ?
Put simply, lithium from Australia comes from ore mining, while in Chile and Argentina lithium comes from salt deserts, so-called salars. The extraction of raw materials from salars functions as follows: lithium-containing saltwater from underground lakes is brought to the surface and evaporates in large basins. The remaining saline solution is further processed in several stages until the lithium is suitable for use in batteries.

Why is lithium mining under criticism?
There are always critical reports on the extraction of lithium from salars: In some areas, locals complain about increasing droughts, which for example threatens livestock farming or leads to vegetation drying out. From the point of view of experts, it is still unclear to what extent the drought is actually related to lithium mining. It is undisputed that no drinking water is needed for the lithium production itself. What is disputed, on the other hand, is the extent to which the extraction of saltwater leads to an influx of fresh water and thus influences the groundwater at the edge of the salars. In order to assess this, the underground water flows in the Atacama Desert in Chile, for example, have not yet been sufficiently researched. In addition to lithium mining, possible influencing factors include copper mining, tourism, agriculture and climate change. 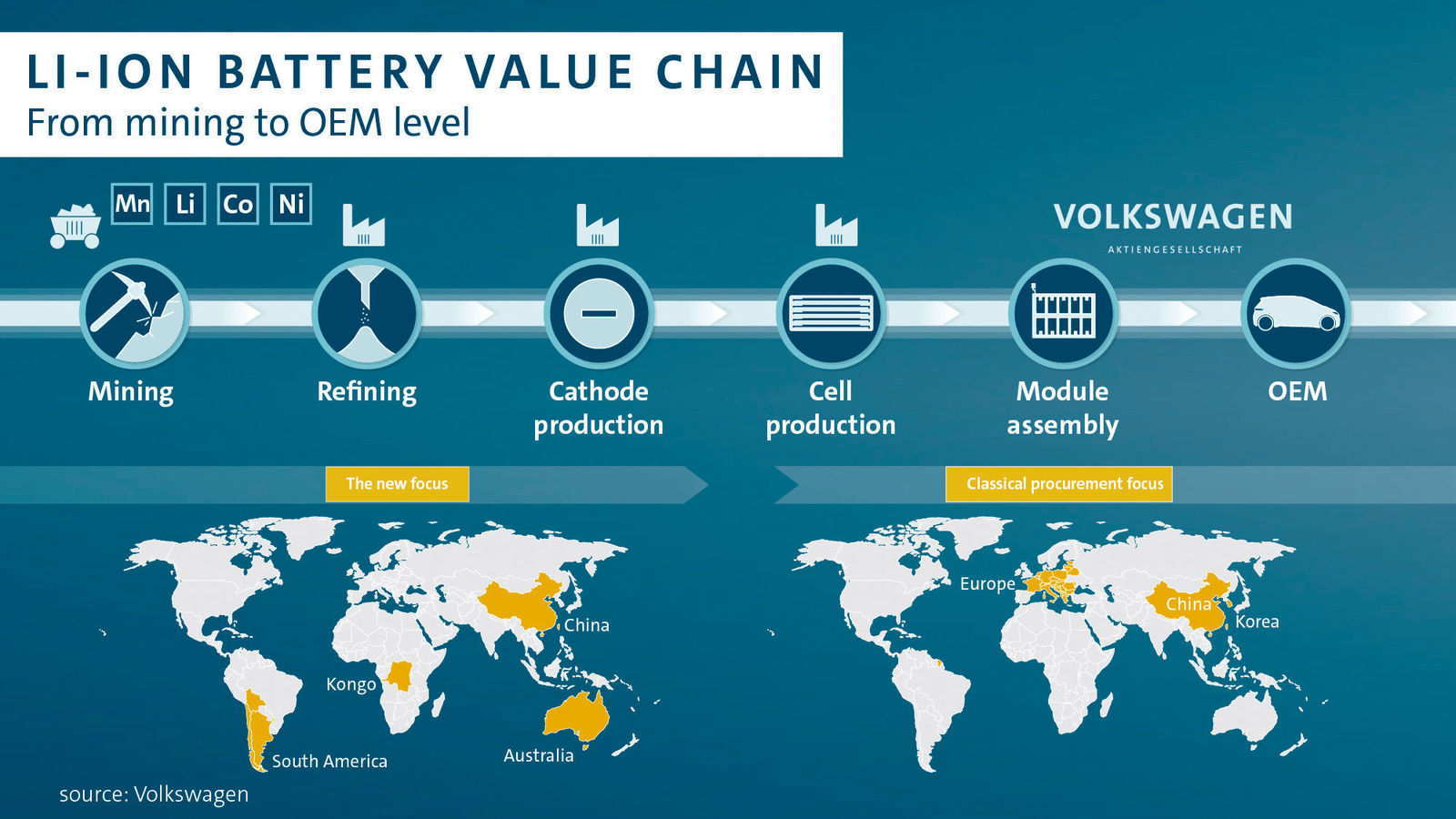 How does Volkswagen obtain lithium?
Volkswagen is working very closely with battery suppliers to ensure the use of sustainably mined lithium in the supply chain. Last year, Volkswagen concluded an initial Memorandum of Understanding with the Chinese lithium supplier Ganfeng. Ganfeng obtains the raw material from several mines in Australia, among others. Lithium from Chile is also used in Volkswagen’s electric models.

How does Volkswagen confront the criticism regarding lithium mining?
Volkswagen is currently collecting facts in order to gain its own impression of the water supply in the Atacama Desert in Chile with the support of independent experts. As a matter of principle, all Volkswagen suppliers are contractually obliged to adhere to high environmental and social standards. This also applies to suppliers of lithium. The aim is to ensure a sustainable supply of all raw materials. To this end, Volkswagen is also involved in initiatives such as the Responsible Minerals Initiative and the World Economic Forum’s Global Battery Alliance. 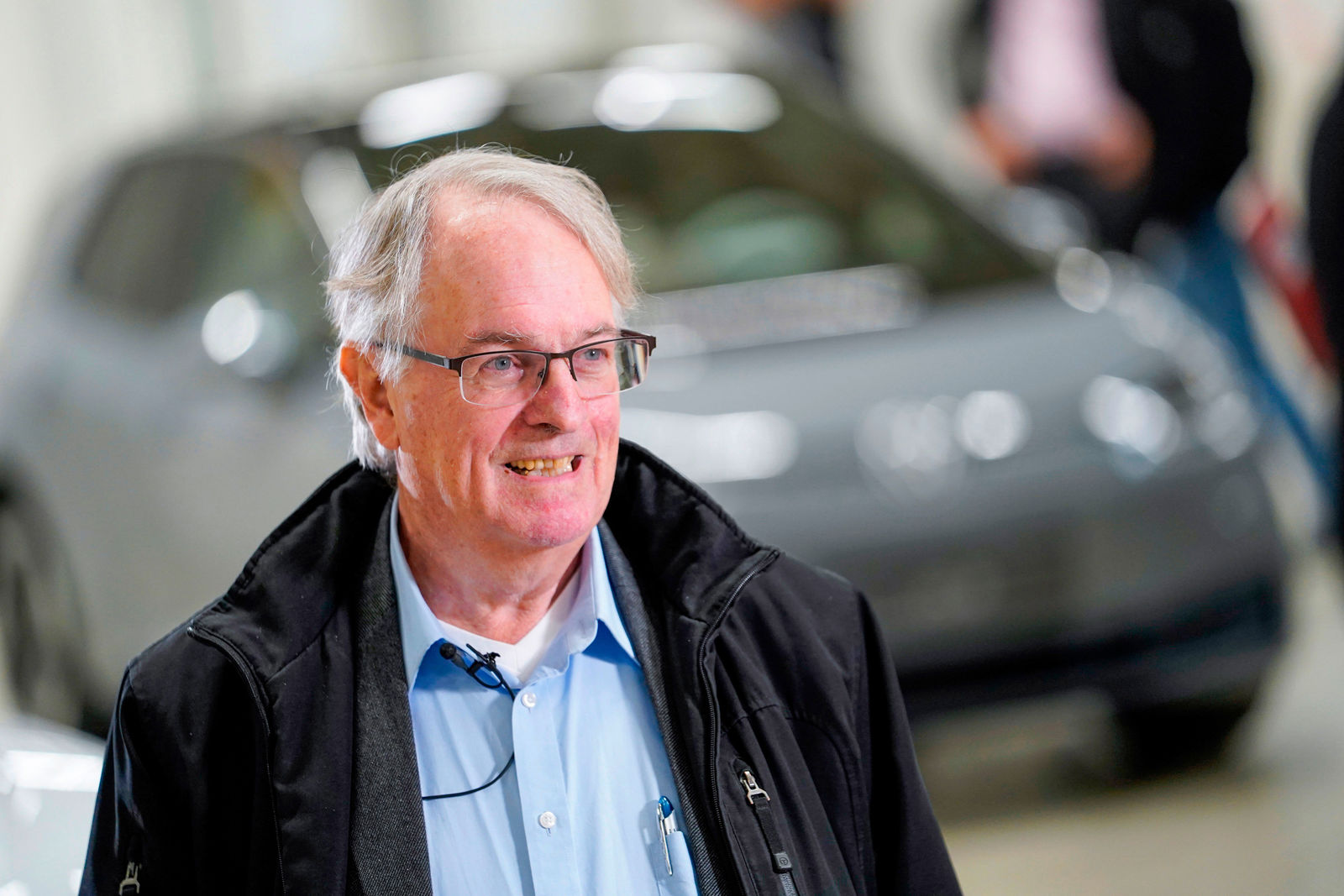 What are the long-term prospects for lithium demand?
The raw material remains important in the long term – says, for example, Nobel Prize winner M. Stanley Wittingham, who once laid the scientific foundations for the batteries used today. “It will be lithium for the next 10 to 20 years,” says Wittingham. At the same time, the number of electric cars can be expected to rise sharply – in the interests of climate protection. The Volkswagen Group alone plans to put some 26 million pure electric vehicles on the road by 2029. In the long term, a large proportion of the raw materials used will be recycled – this would reduce the need for “new” lithium. However, this is unlikely to make itself felt until 2030, when used batteries will be returned in large quantities. 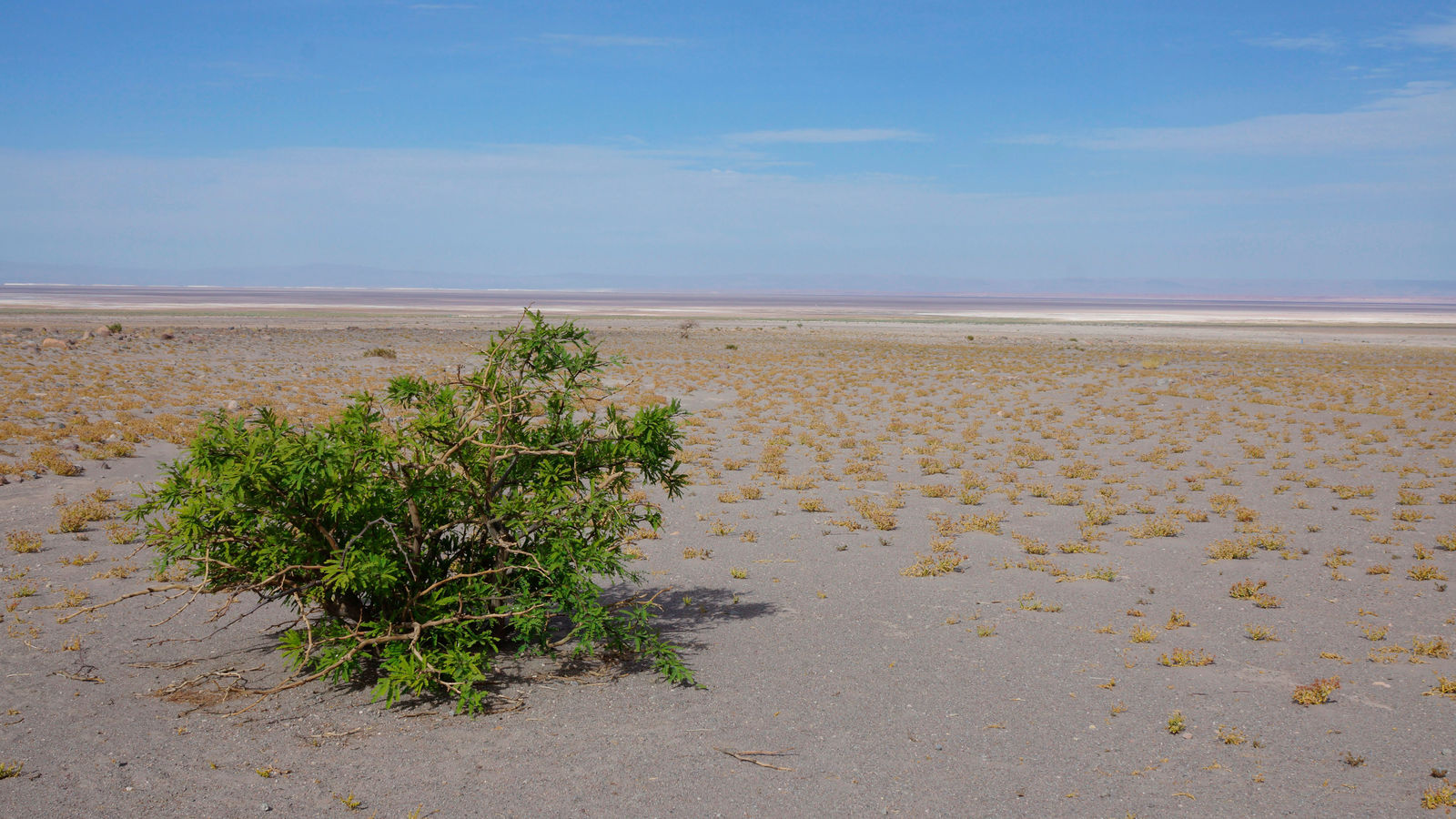 Fact-finding expedition to
the lithium desert of Chile 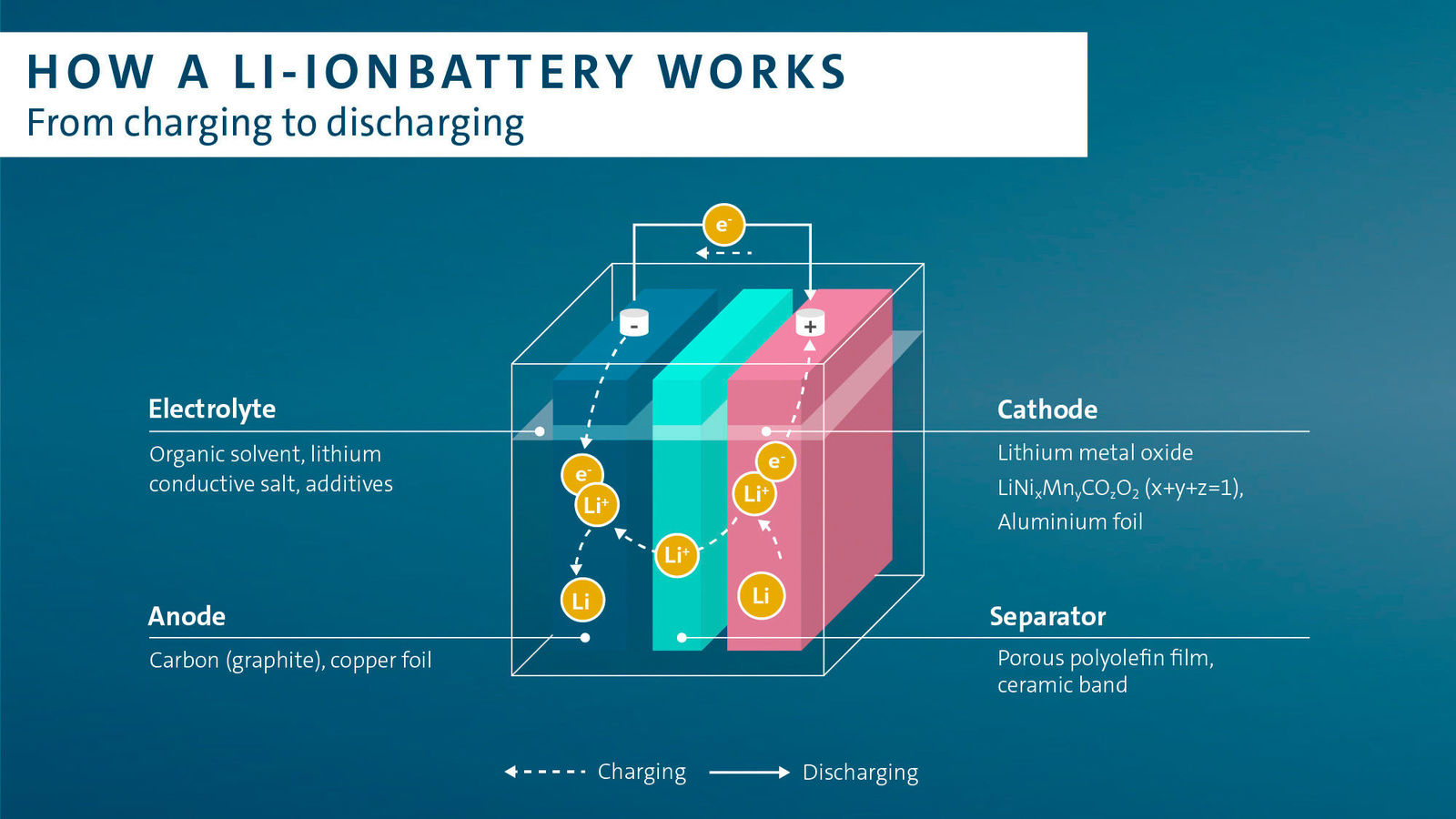 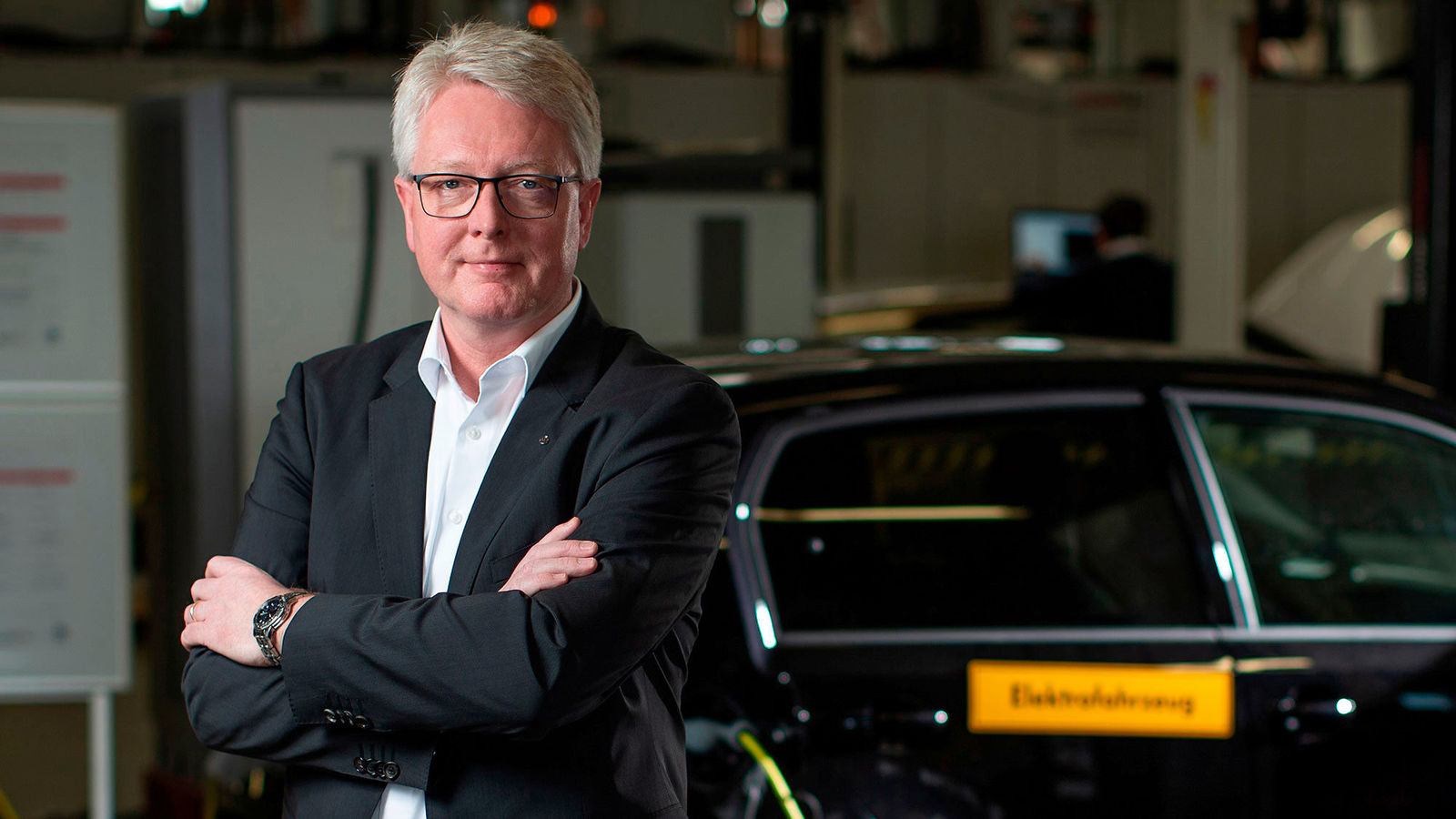 For the lifetime
of a car