With the final between Italy and England at Wembley Stadium, UEFA EURO 2020TM draws to a close. For Volkswagen, the final is simply a stopover; the commitment to diversity lives on.

Pacy attacking football with thrilling encounters and spectacular goals in eleven cities in eleven countries – that’s how most fans will remember UEFA EURO 2020TM. Spectators throughout Europe celebrated a month-long continental festival of football. But another issue dominated headlines both on and off the pitch: the debate on diversity and equal rights.

Volkswagen’s sports communications have been using football as a platform to advocate diversity in the seven defined dimensions of age, ethnic origin & nationality, gender & gender identity, physical and mental capabilities, religion & worldview, sexual orientation and social origin for more than a decade. It all started with VfL Wolfsburg, who set up a Corporate Social Responsibility department in 2010. After this commitment to social responsibility, the club signed a diversity charter in 2014, thereby following in Volkswagen’s footsteps. The corporation has been supporting the initiative since 2007.

Footballer Nilla Fischer makes a statement on her arm

In March 2017 it was Nilla Fischer who put a revolutionary initiative into practice: the VfL Wolfsburg captain at that time was the first player at a professional German club to run out with a rainbow captain’s armband. Fischer approached VfL Wolfsburg asking to wear the rainbow on her arm and received great support from the club, Volkswagen and the general public. The Lesbian and Gay Association (LSVD) of Bremen and Lower Saxony made the Swede their “Face of 2017”. This saw Fischer represent a ground-breaking initiative that set a precedent: in addition to VfL Wolfsburg’s professional teams, all of Wolfsburg’s other football teams, as well as more than 65 partner clubs, have been running out with a rainbow captain’s armband regularly since 2018. Many other footballers have followed this example, including Germany’s national goalkeeper Manuel Neuer, who wore a colourful band at the European football championship. 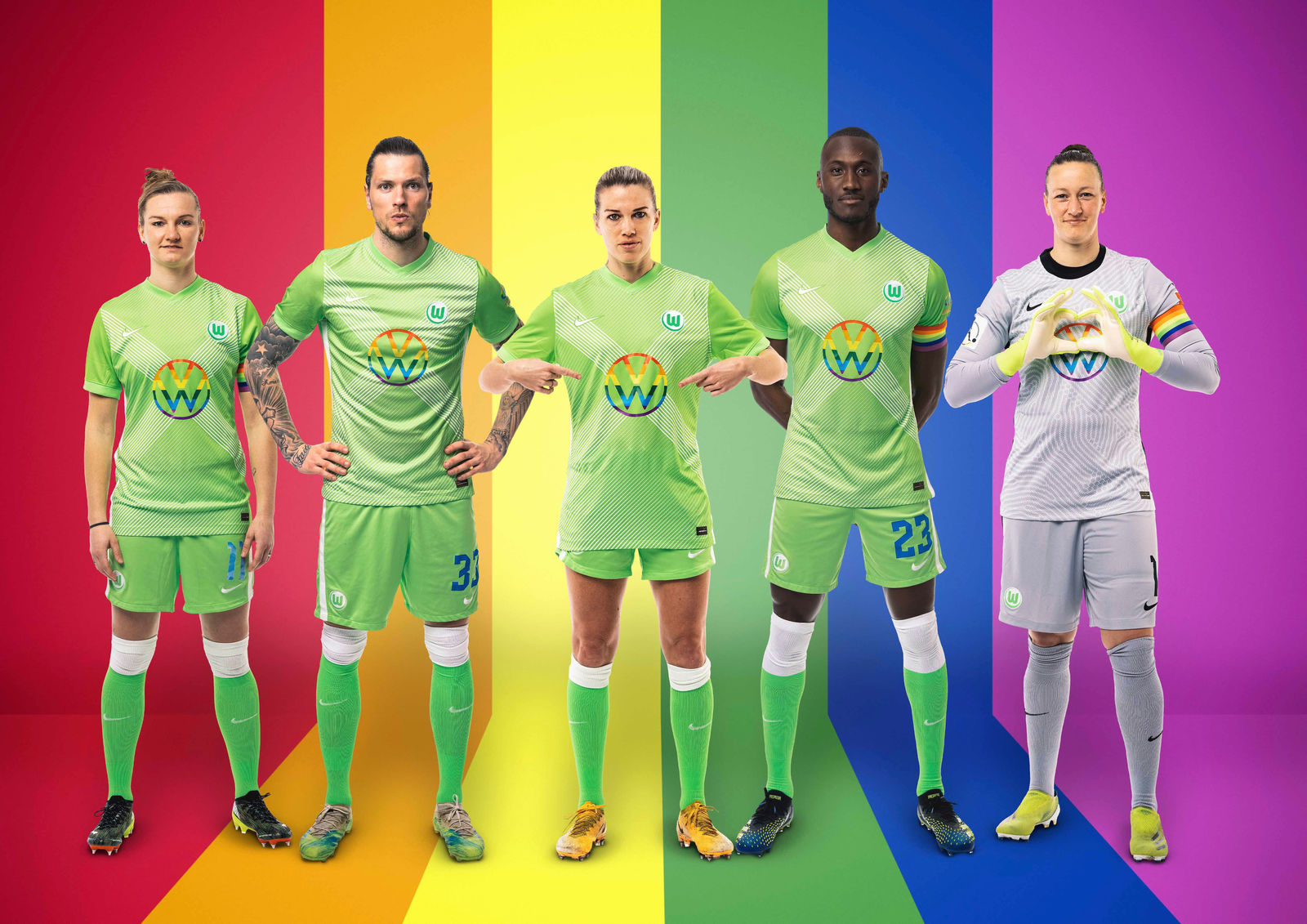 “We live diversity” is one of Volkswagen’s seven corporate principles. It states: “We are colourful, different, unique.“ Without diversity, the company would come to a standstill – no wonder, with more than 660,000 employees, around 120 production sites and more than 150 markets around the world. And the plan is to convey this mindset using the beautiful game, through #WeDriveFootball: with the commitment as official mobility partner of UEFA EURO 2020, the German Football Association (DFB) and seven other associations who qualified for the finals of the European championship.

“Football is a wonderful way to get the message across that ‘uniformity is detrimental to innovation and doesn’t have good results’,” said Elke Heitmüller, who heads up Diversity Management at Volkswagen. The key to success, according to Heitmüller, is every person being placed in the optimum position according to their capabilities. “You can learn that from sport. Football links the concept of diversity with fun, games and competition.”

And it’s not only on the big stage – grassroots football is the unifying factor between the national sport and Volkswagen. As a partner of the Sepp-Herberger Foundation, the company advocates independent, equal participation in organised football matches for people with disabilities. Trier is set to host the “Football Inclusion Days” from 03 to 05 September 2021. With the motto “At the heart of society with football”, the colourful diversity of football with disabilities will be presented to the general public at the event through various initiatives in the city centre. Numerous male and female footballers with and without disabilities from all over Germany will attend this very special sporting event.

Volkswagen also supports cultural projects in football: the best example being the women’s football cultural festival “Discover Football” in Berlin. 100 women from around the world took part in August 2019, to collaborate across national, cultural and religious borders, and language barriers – and to play football together. To mark the 50th anniversary of women’s football in Germany, Volkswagen launched the campaign #ToughSeit1970 in 2020, as a way of honouring all those who have been working in and for women’s football for decades.

With the #WeDriveDiversity campaign, Volkswagen underlines its objective of being a colourful, diverse company. Content was produced and released over many months, highlighting that respect and tolerance concern everyone. In addition to several short films with clear statements on respectful interaction with each other, the focus was on an interview with Shanice van de Sanden. The Dutch international at VfL Wolfsburg is not only a successful footballer, she is also a woman with strong opinions and a role model for many young girls, both on and off the pitch. 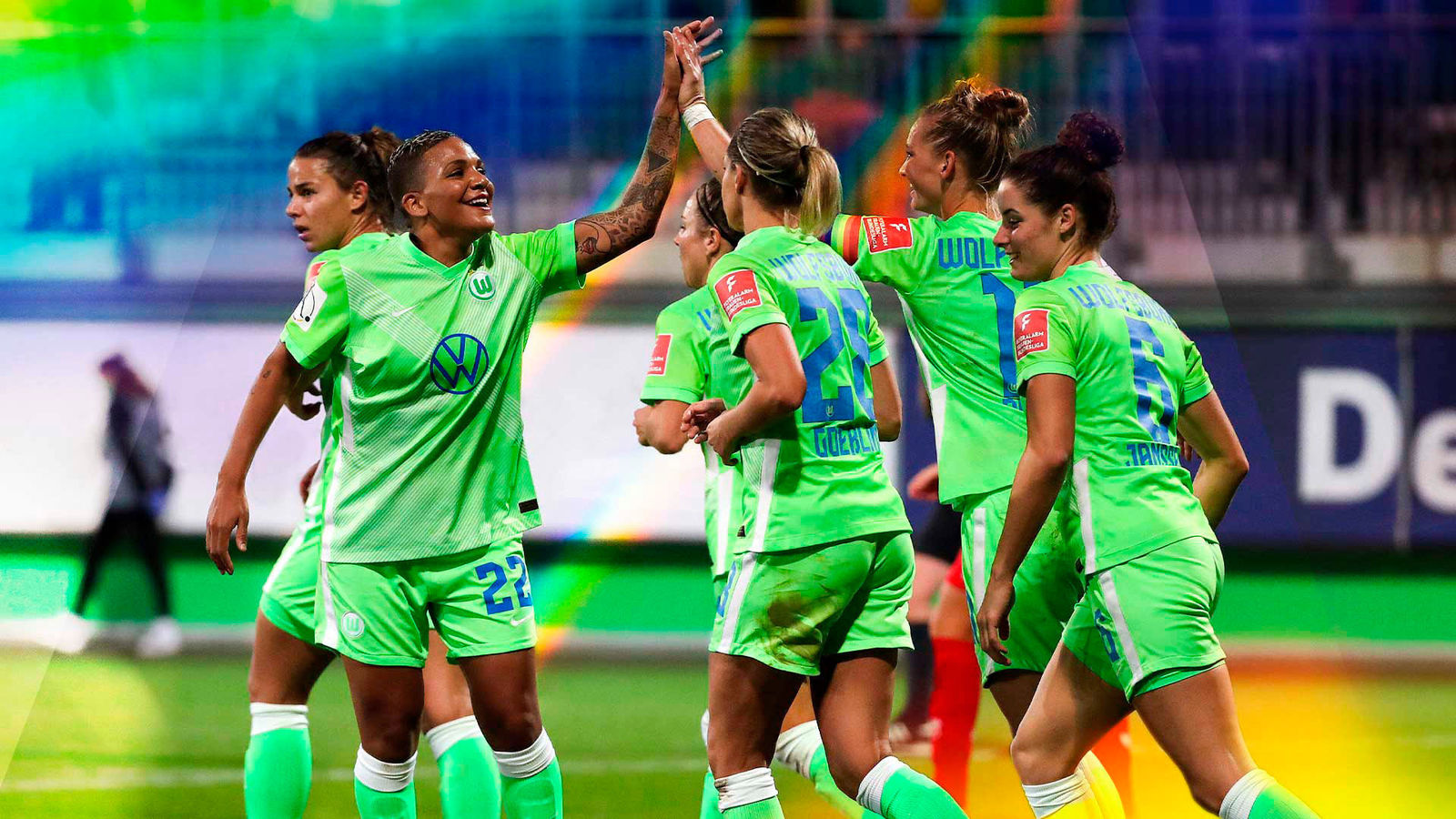 The common goal is paramount on the pitch – no matter where anyone comes from.

Last but not least, VfL Wolfsburg has been setting colourful standards in collaboration with Volkswagen and the Autostadt for many years, with the motto “For diversity. Against discrimination.” In March 2021, the two VfL Bundesliga teams played in shirts with a rainbow-coloured Volkswagen logo across the front on diversity match day, thereby underlining their function as a social role model and their social responsibility. The Volkswagen Arena, the AOK Stadion and the Autostadt were also all decked out in colourful flags, and were even lit up in rainbow colours at times.

Volkswagen can learn from sport

As part of its commitment, Volkswagen is aware that it’s a marathon and not a sprint when it comes to living out diversity and inclusion in society, and enhancing it further at the company. But without diversity there would be no cultural change and transformation at Volkswagen. Football, with its charisma and emotions, can help drive this process, particularly at grassroots level. At the same time, Volkswagen can learn from sport – that successful teams are usually diverse and that a lot can be learned in terms of fair play and team play as well. The common goal is paramount on the pitch – no matter where anyone comes from. True to the Volkswagen motto: Football means all of us! 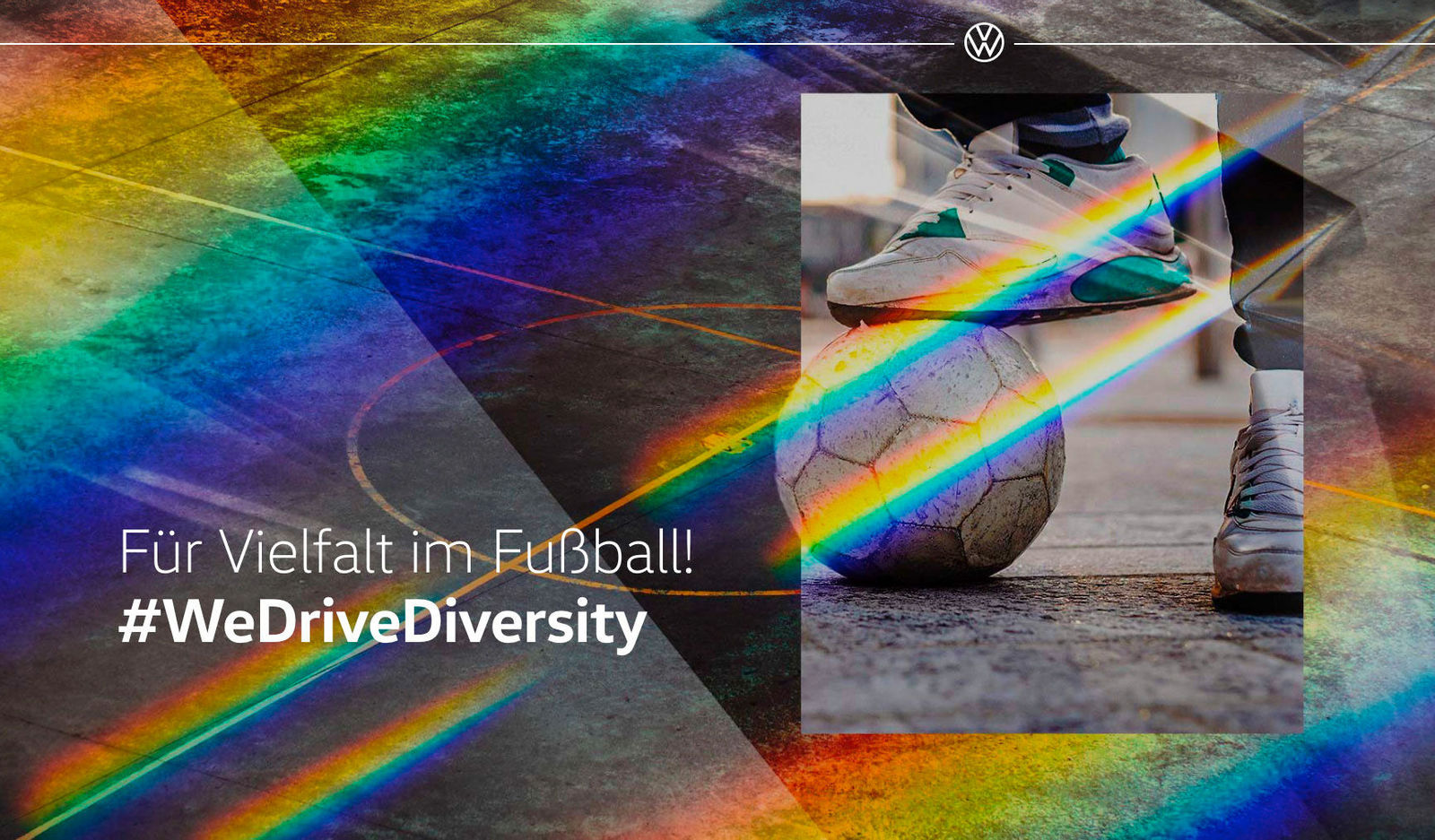 “We live diversity” is one of Volkswagen’s seven corporate principles.