Back in the spotlight 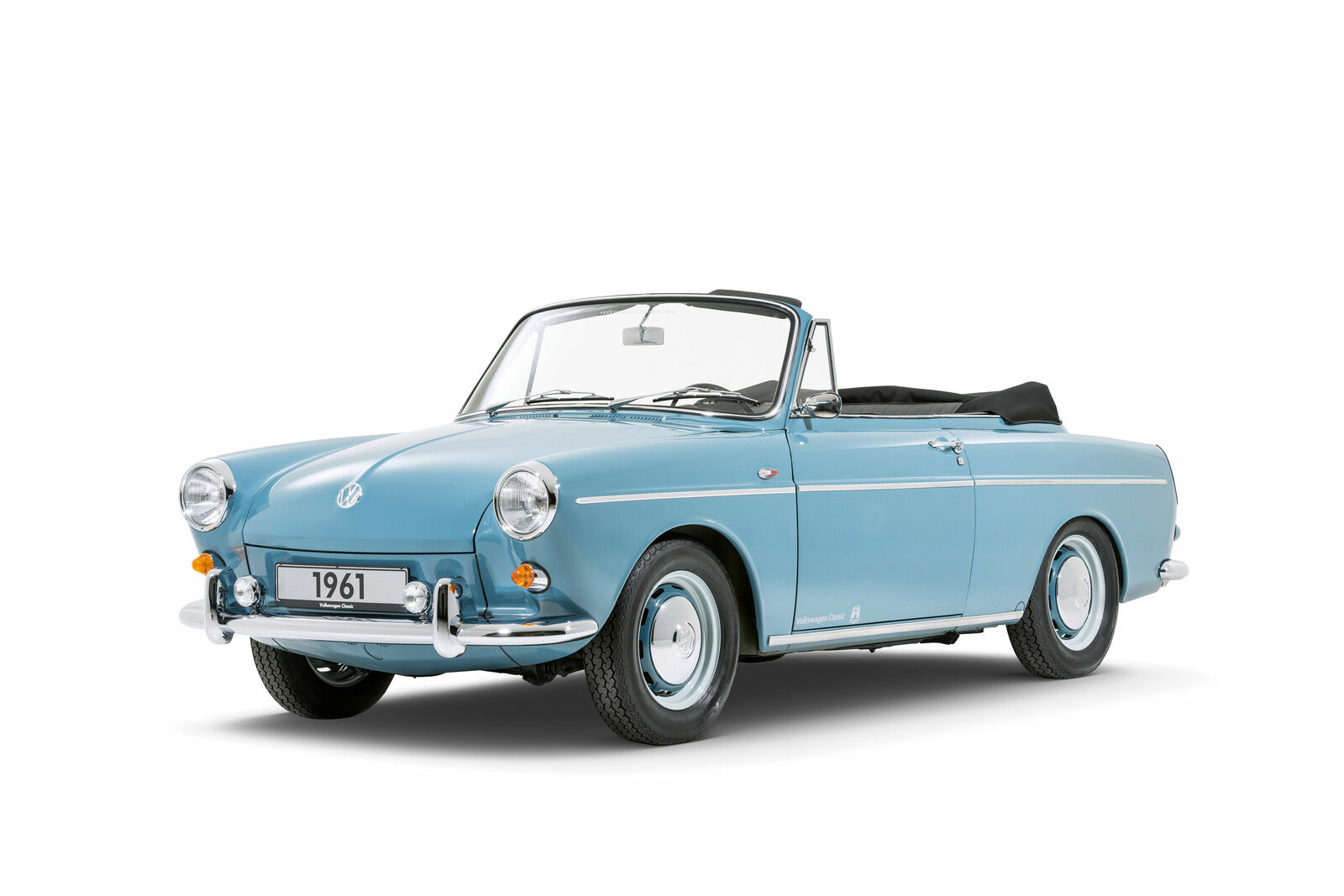 The restoration of a prototype of the Type 3 Convertible

No one would have thought it possible: The inventory after the takeover of the Karmann vehicle collection in Osnabrück revealed a true treasure of Volkswagen automobile history – one of the two surviving prototypes of the Volkswagen Type 3 Convertible from 1961. There was no question about it for Volkswagen Classic, this rarity must be preserved. No sooner said than done – full of enthusiasm, Klaus-Dieter Ulrich, coordinator of Volkswagen Automobile Collection Osnabrück, and a group of experienced vehicle restorers set about returning the rare convertible to its former glory. 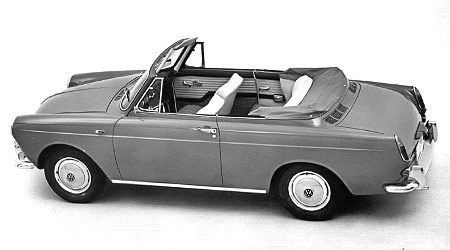 Archive
The former manager of the technical research department at Karmann drove one of the two surviving Type 3 Convertibles for many years as his company car.

Back then, around a dozen prototype bodies were rolled out of works of Karmann, the convertible specialists from Osnabrück. But only two of them survived the next forty years. Checking the chassis number revealed that this prototype was a very special example of its kind – with astoundingly mature qualities for everyday driving: It turned out to be the company car driven by Johannes Beeskow, at the time manager of technical research department at Karmann, and bore the number plate OS-KA 77. After completion of the evaluation phase, Beeskow drove the car in everyday traffic in Osnabrück. After deregistration in 1969, the prototype convertible found its way into the Karmann collection. 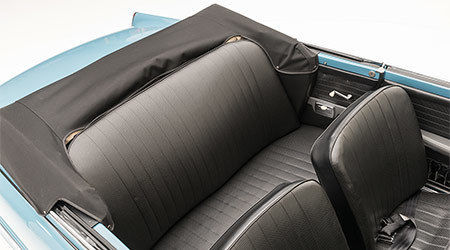 Archive
The Volkswagen 1500 Convertible was conceived as a 4- to 5-seater and, even today, impresses with its fully retractable soft-top – despite its panoramic rear window.

A mid-range convertible: a concept that was years ahead of its time

Room for four to five passengers, a timelessly elegant, stretched silhouette and a fully retractable soft-top with an unusually large rear window: In 1961, the open-topped version of the Volkswagen 1500 (Type 35) drew the crowds at the 40th IAA. Not only because Volkswagen had managed to keep the prototype secret until its unveiling at the show, but also, and above all, because the concept was so appealing: The spacious Type 3 Convertible was predestined to become much more than just a more comfortable car for family holidays. Above all, the elegant convertible with the sophisticated soft-top construction brought affordable luxury to the mid-range automobile segment. It was a perfect synthesis of proven and refined Volkswagen technology and the unrivalled expertise of Karmann in the construction of soft-tops. Why the convertible unfortunately never made it onto the production line remains a mystery until today. 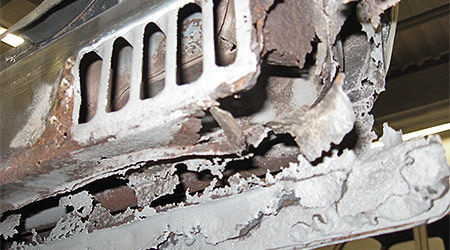 Archive
The door sills were specially reconstructed for the prototype. As simple replacement of the totally rusted parts was impossible, they had to be painstakingly reconstructed from scratch.

Proto-typical: 40 years in storage took its toll on the sleeping beauty

When awakened from its decades of sleep, the prototype of the Type 3 Convertible was in far from pristine condition, as the condition of the door sills clearly shows. Volkswagen Classic and Klaus-Dieter Ulrich coordinated the restoration in collaboration with a Classic Competence Centre. The restorers were able to sandblast the better preserved bodywork parts to carefully remove the rust and original paint. The door sills, however, were too far gone, and had to be reconstructed from scratch: As Ulrich explains, ‘We were able to restore the wings and the bonnet, but the door sills had rusted from inside and had to be painstakingly replicated. A lot of real craftsmanship went into that.'

How a problem can become a valuable asset

In most cases, the aim of restoration is the preservation of the original, even though replacements with new parts would undoubtedly be much easier. This question never arose in the restoration of the Type 3 Convertible, because many of the parts of the prototype were never manufactured in series. The team had to restore the majority of the existing components, which, in the case of the soft-top and its folding mechanism, demanded the entire expertise of the restorers from the Classic Competence Centre: The unique construction by Karmann was extremely complex for a car from the 1960s, and the panoramic rear window was unusually large. But the effort paid off: ‘The soft-top now functions exactly as it did when it was first shown at the IAA in 1961', confirm the experts from Volkswagen Classic. 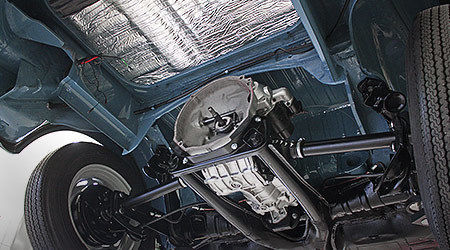 Archive
The electrics, the engine, the gearbox and transmission and the entire suspension of the Type 3 Convertible were just as thoroughly overhauled. 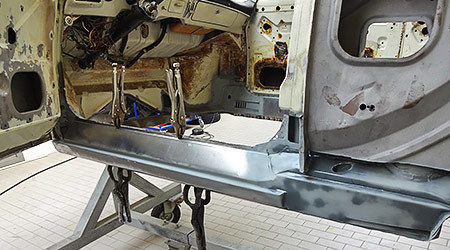 Archive
The door sills were replicated by hand after making a template and a negative cast.

Chrome is the new gold

No effort was spared: The engine, gearbox and transmission were completely dismantled and refurbished. The same effort and outstanding attention to detail on the part of the Classic Competence Centre was also invested in the restoration of all suspension components of the Type 35: The axles, brakes and steering system were all painstakingly overhauled. The experienced team overlooks nothing at all: the restorers paid particular attention to the fuel system and the dilapidated electrics. As Klaus-Dieter Ulrich jokingly says, ‘In an extensive project like this, we don't want to face the risks of cables not being up to scratch. We don't want to have to take half the car apart again just because a brake light or a switch won't work.' As a chat with a Type 3 enthusiast revealed, the team actually had a very lucky break with their bumpers. ‘Such specially replicated chrome plated components are almost worth their weight in gold', says Ulrich, quoting the knowledgeable enthusiast. After cleaning up and rechroming, the elegantly curved bumpers and bodywork trim of the Type 3 Convertible shine like new.

Built for the sunny side of life

The complete restoration of the Volkswagen Type 3 Convertible took the best part of two years. The whole team agrees that the finished result more than compensates for their painstaking efforts. Ulrich says, with a delighted smile, ‘There's no doubt about it, the climax for us was the moment the convertible stood before us – resplendent in its original Gulf Blue paintwork with the top down. Knowing we have breathed life into this beautiful car again is simply overwhelming.' Now it's completed, the car will by no means be handled with kid gloves, it will soon be back out on the road. Although the freshly restored Type 3 Convertible will stay on as a part of the Volkswagen Automobile Collection Osnabrück, every now and again, Volkswagen Classic will naturally be taking it out for a spin. But first, everyone involved agrees that the overhauled engine needs very careful running in. 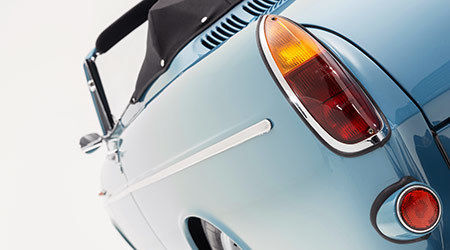 Archive
Pristine condition: the painstaking restoration of the prototype convertible can also be seen in the details. 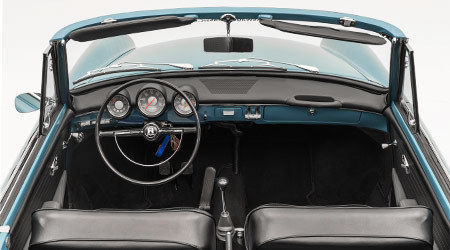 Archive
As if fresh from the production line: the laborious restoration of original parts also takes in even the tiniest details inside the car.

The result will also delight other Volkswagen fans: as a member of the Volkswagen Classic Automobile Collection, the Type 35 prototype will definitely not be only a static exhibit – and could well be seen taking part in the one or another classic vehicle rallye. ‘We're taking no risks – the irreplaceable bumpers will be temporarily replaced and kept in a safe place', emphasises Ulrich, with a grin.

Curious to see more? The wonderfully restored prototype will be celebrating its premiere at the Techno Classica show in Essen. Volkswagen Classic will be presenting the freshly restored Type 3 Convertible at their stand in hall 7.0 from 21 to 25 March 2018. 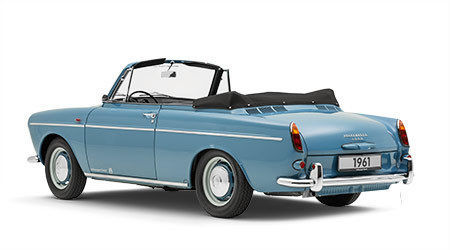 Archive
An open invitation: The open-topped Volkswagen 1500 prototype can be seen at the Volkswagen Classic stand in hall 7.0 at Techno Classica 2018.
Images (8) 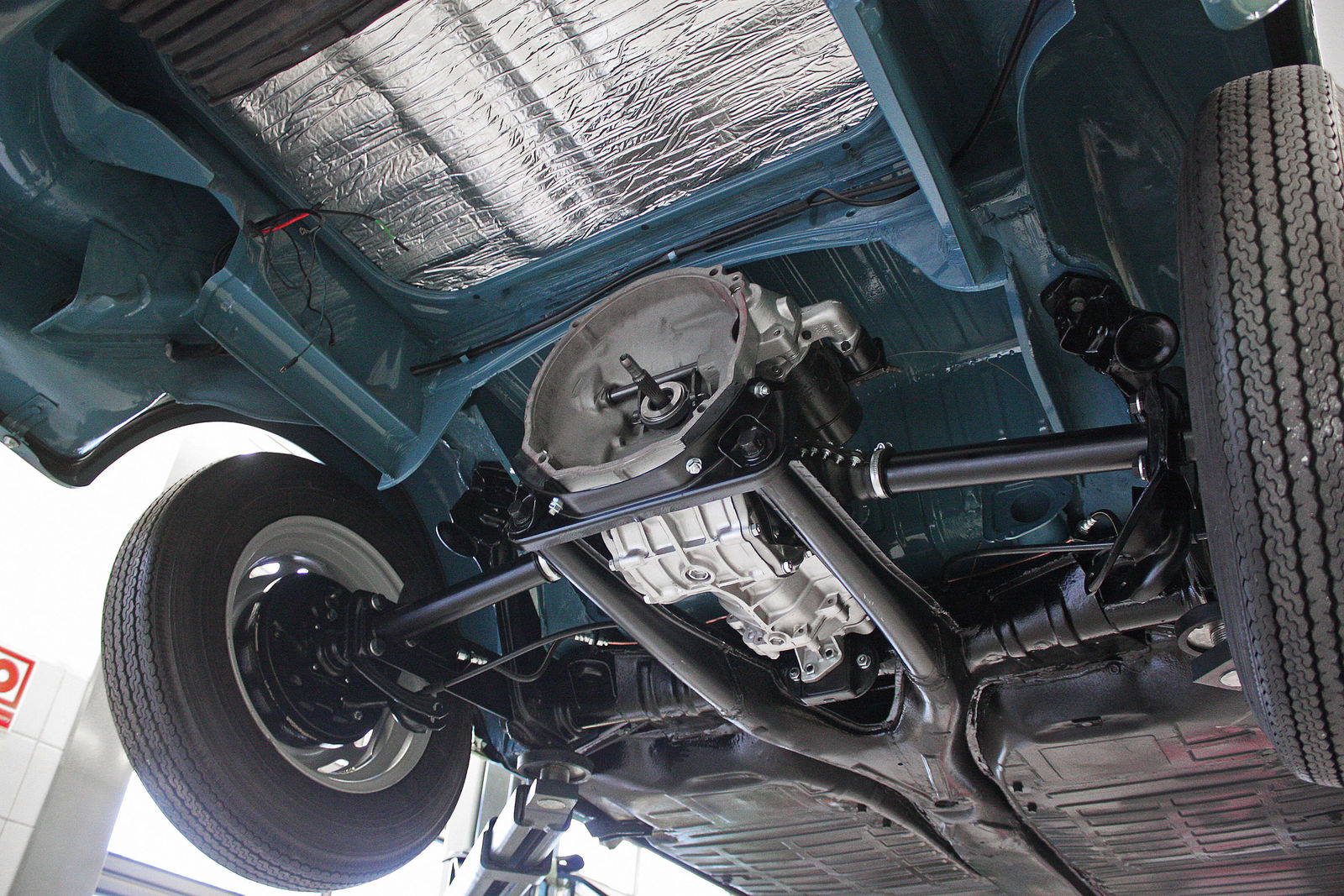 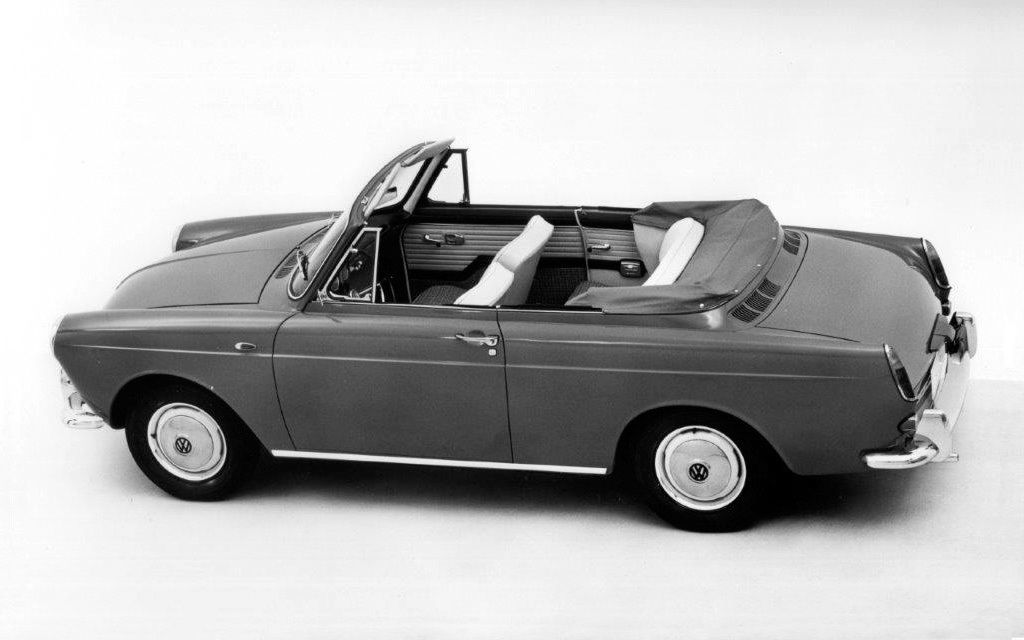 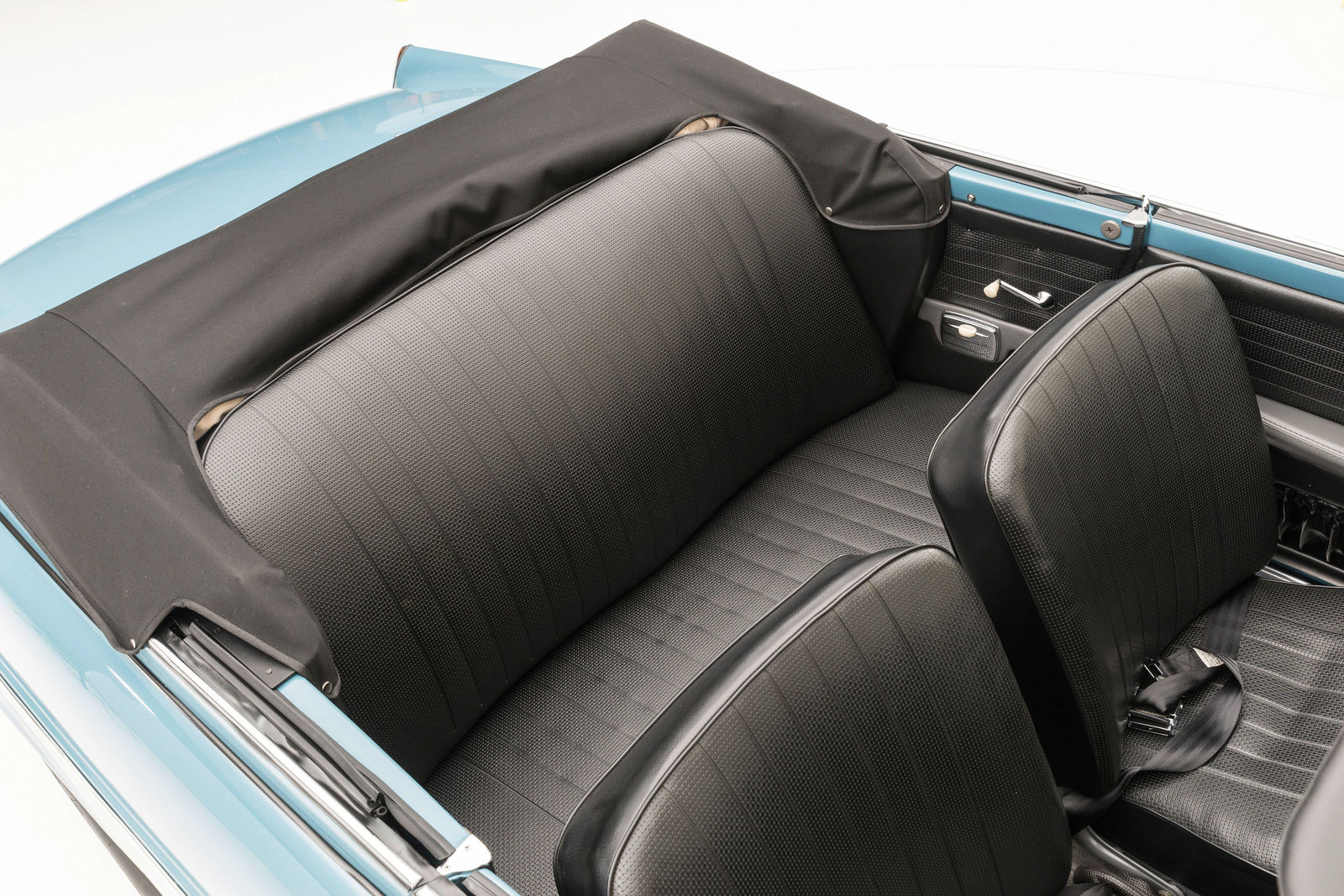 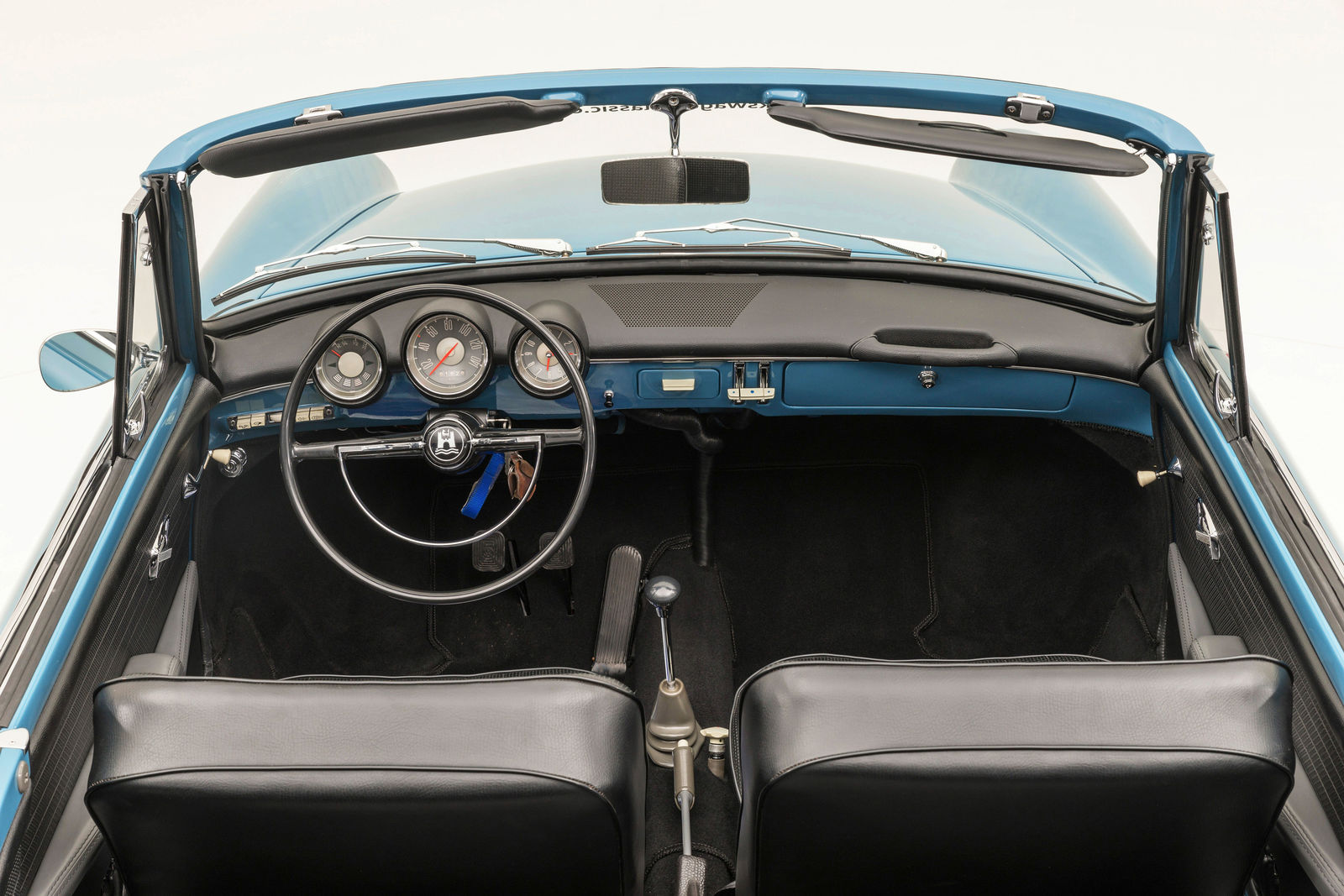 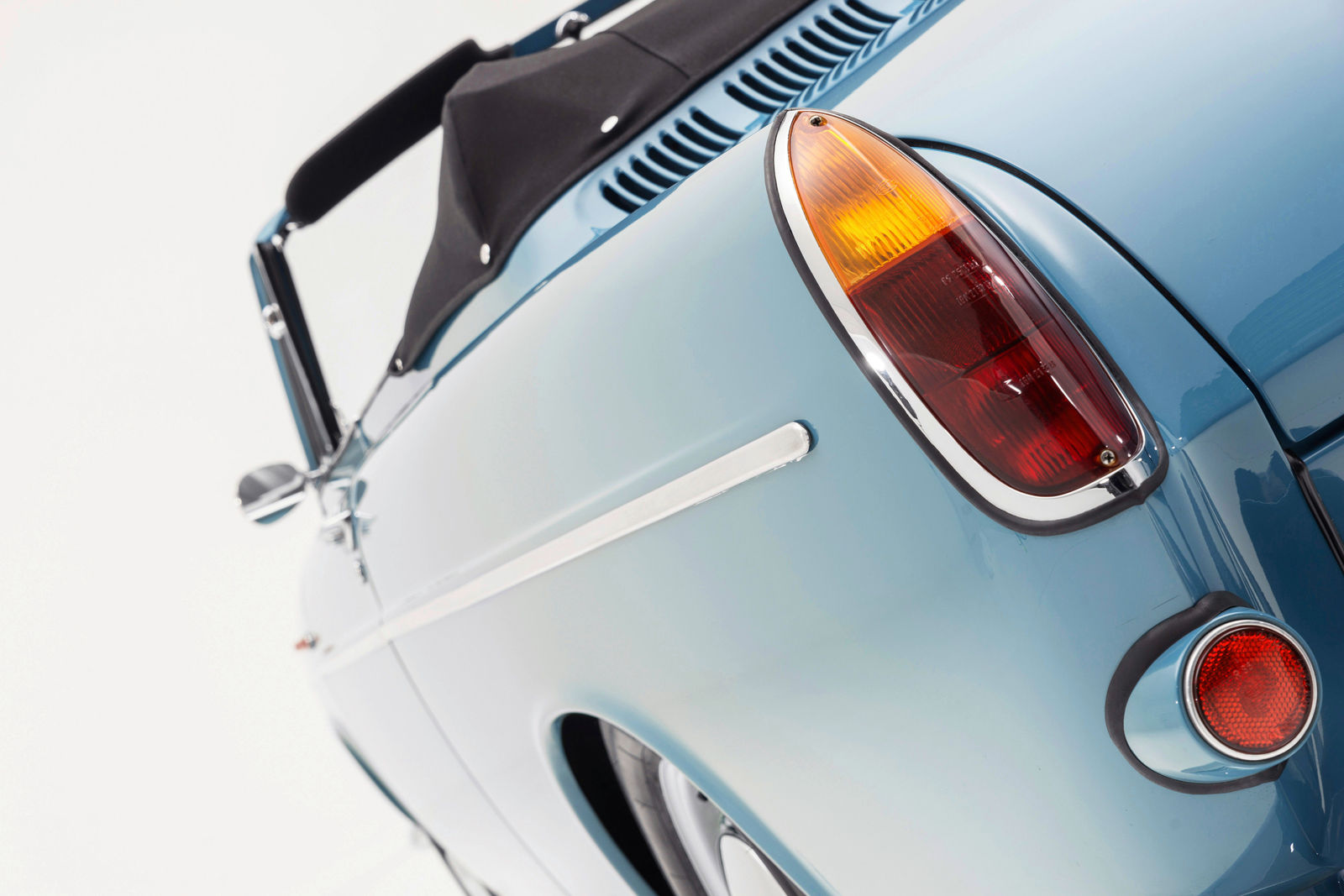 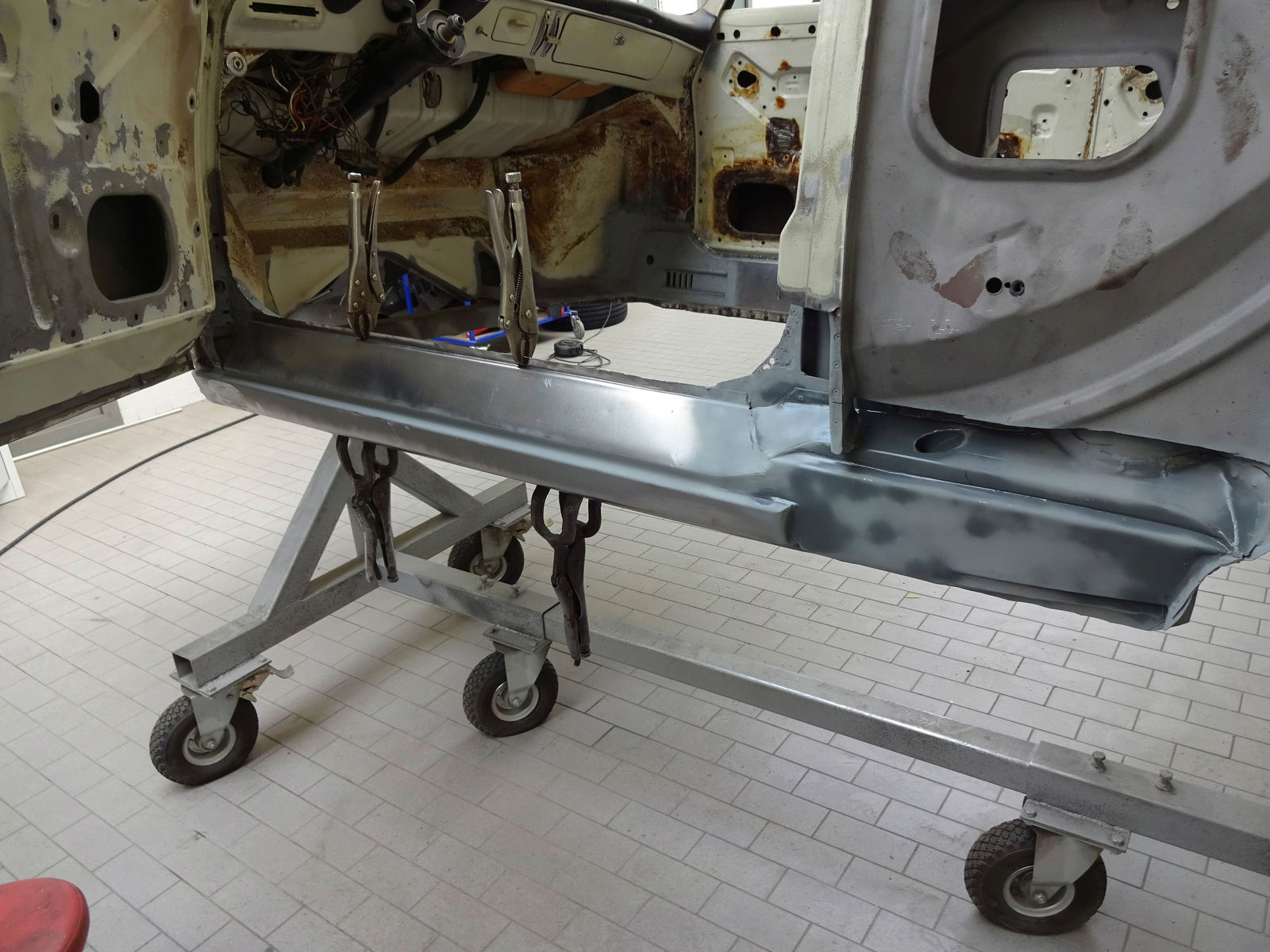 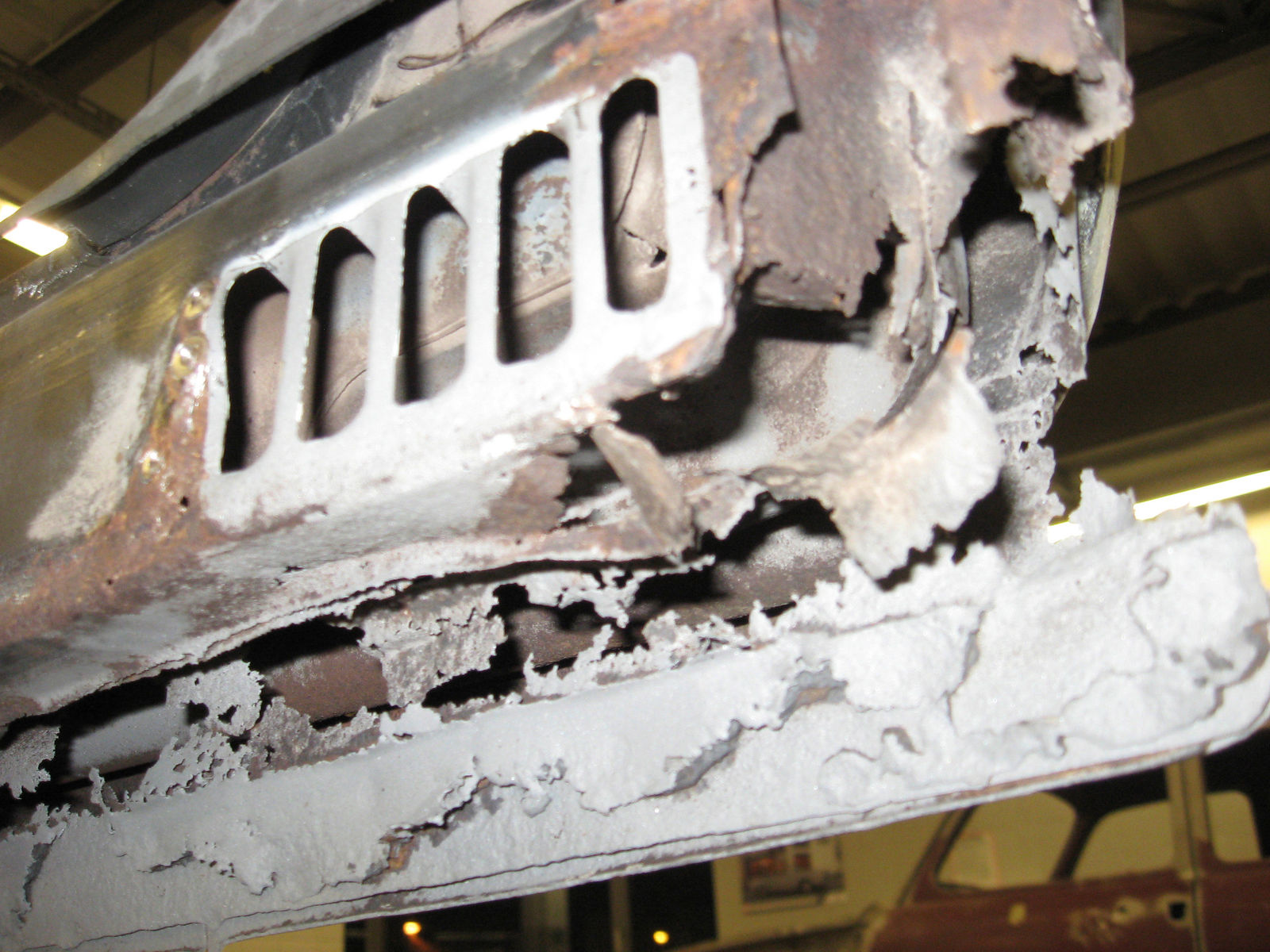