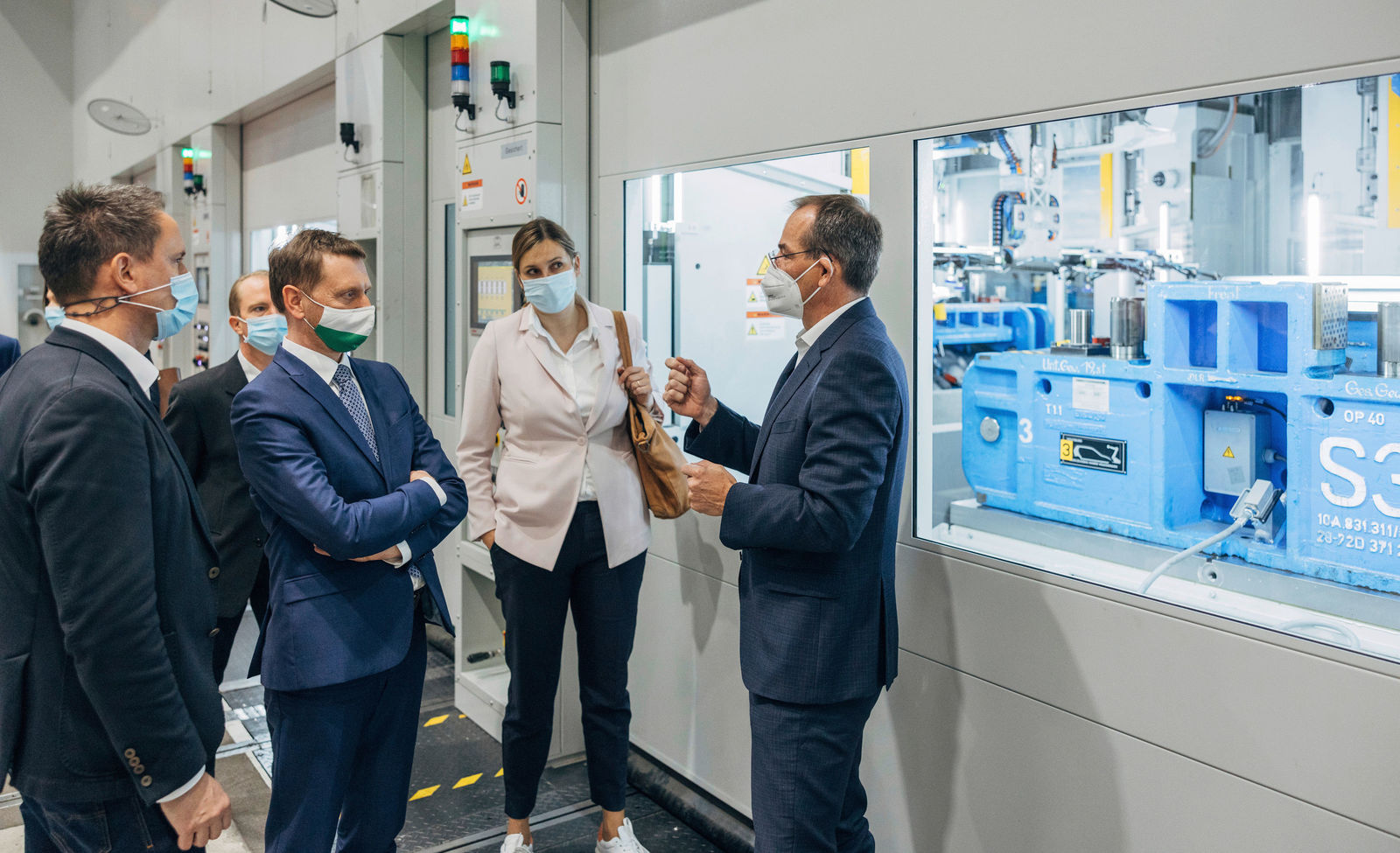 Volkswagen officially inaugurated the press shop expansion in its electric car plant in Zwickau. As of now, the complete outer skin for the six electric models produced in Zwickau will be pressed on site. The €74 million investment will enable further gains to be made in reducing the carbon footprint of the ID.3 and ID.4. The effect is remarkable: more than 9,000 fewer direct truck journeys each year from now on for body manufacturing and thus annual savings of 5,800 tonnes of CO2. This will create 60 new jobs in the factory. The official opening was attended by Minister President of Saxony, Michael Kretschmer, in the company of Christian Vollmer, member of the Board of Management with responsibility for Production and Logistics for the Volkswagen brand, Dr Stefan Loth, Chairman of the Board of Management of Volkswagen Saxony and Jens Rothe, Chairman of Volkswagen Saxony’s Central Works Council.

Christian Vollmer, member of the Board of Management with responsibility for Production and Logistics for the Volkswagen brand, remarked at the ceremony: “The goal is to achieve carbon-neutral production at all MEB locations in Europe, as is already the case at the Zwickau plant. Zwickau is the pioneer and role model in this respect. And the new press shop is an important milestone on our “Way To Zero” journey, through which we are aiming to reduce the environmental impact of our production by 2025 – in areas such as energy usage, CO2 emissions, waste and the use of water – by 45% per vehicle compared with the baseline year 2010. Already today, 90% of all Volkswagen Passenger Cars locations purchase electricity from renewable sources. With its “Zero Impact Factory” environmental programme, production-related emissions are being reduced consistently at all factories as well as in logistics.”

Michael Kretschmer, Minister President of Saxony: “Saxony is driving the system change in the direction of electric mobility. Volkswagen’s vehicle plant in Zwickau is already playing a pioneering role globally with its forward-looking and integrated approach. The new press shop is a clear acknowledgement by Volkswagen of Zwickau as an automobile production location steeped in tradition. The complete pressing of all body parts on site at the plant contributes significantly to climate protection and reduces the environmental impact owing to considerably fewer supply journeys.

Jens Rothe, Chairman of Volkswagen Saxony’s Central Works Council: “We as a Works Council are particularly pleased that all 60 newly created jobs were filled by upskilling our colleagues. That is an important signal: the switch to electric mobility delivers good capacity utilisation for the Zwickau location and secures jobs in the long term.”

The €74 million invested in expanding the press shop represents one of the largest single investments in the course of transforming the site. In addition to a press in XL format, an automatic stacking line and a high bay warehouse of 30 metres in height for logistics have been put into operation on the extra 8,400 square metres of space. The high bay warehouse alone cost €23 million. From now on, all required outer skin body parts, such as doors and boot lids, can be pressed on site for the electric models produced in Zwickau. Delivery from other locations, such as Emden and Wolfsburg, will cease. More than 9,000 truck journeys will be avoided each year and CO2 emissions reduced by 5,800 tonnes – this corresponds to a share of 16% of the direct truck volume for body manufacturing at the Zwickau plant.

The heart of the expansion is the new XL press from Schuler, which weighs more than 1.000 tonnes. It is one of the most modern presses in the automotive industry anywhere in the world. It has a press force of 6,900 tonnes across five stages. With 10,800 press strokes a day, the 92 metre long, 22 metre wide and 12 metre high press is extremely efficient. One of the main reasons for this is the drive. This is the first time that a press with a mix of conventional and servo technology is being used in the Volkswagen Group. Zwickau thus offers the advantages of both technologies: the high speed means that large numbers of parts are pressed, while the excellent precision ensures optimum quality.

Zwickau has the second largest press shop in the Volkswagen brand

After the parent plant in Wolfsburg, the Zwickau facility now has the second-largest press shop within the Volkswagen brand. Around 20 million parts per year have been produced on average in West Saxony in the past ten years. With the new XL press, this figure is set to increase to up to 30 million parts per year by the beginning of 2022, some of which will continue to be supplied to other Group sites.

Transformation of the site will be completed in 2021

Zwickau is playing a key role in the system change in the direction of electric mobility: for the first time, a large car factory is being completely re-equipped for electric mobility with an investment of some €1.2 billion. All conversions will be completed on schedule this year. The plant has been changing over gradually since 2018, without halting operations. Since then, body manufacturing, the paint shop and infrastructure have been modernised and refurbished extensively. Among others, the entire conveyor system had to be readied for electric vehicles. In addition, both production lines in assembly were converted. With around 1,700 robots in body manufacturing and assembly, driverless transport systems and fully automated production processes, Zwickau is the role model for forward-looking volume production of electric vehicles.

Way To Zero: Volkswagen on the path to CO2 neutrality

The “Way To Zero” is the brand’s master plan for emission-free mobility for everyone. The journey began in 2020 with the market entry of the ID.3. Meanwhile, the global rollout of the world car on the MEB platform will focus this year on the ID.4. Over the coming years, Volkswagen will offer emission-free mobility in all segments with the ID. family. The brand plans to build at least 1.5 million e-cars annually by 2025 and reduce their carbon footprint by 30%. The goal is to be fully carbon neutral by 2050 – in terms of both products and the company. 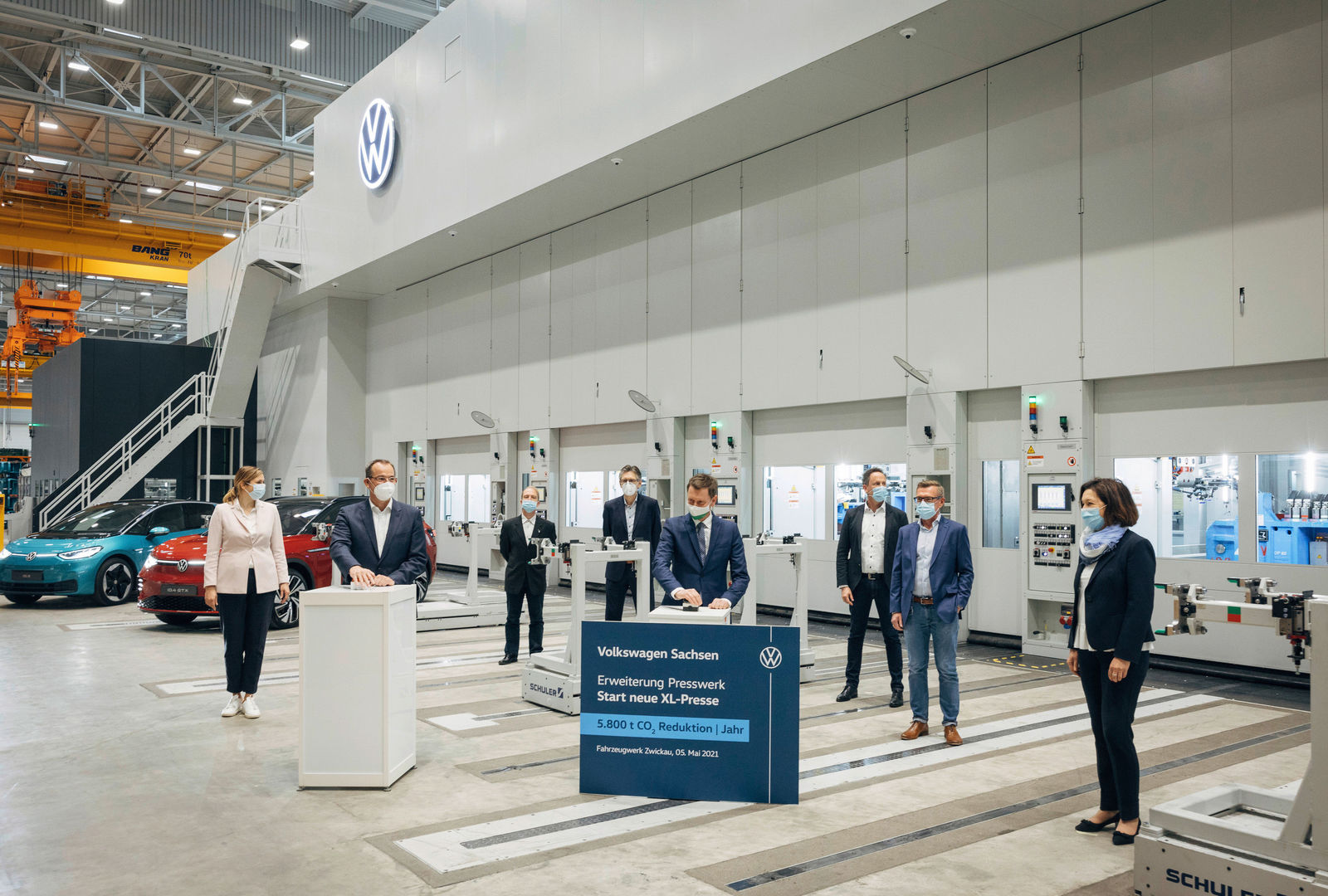 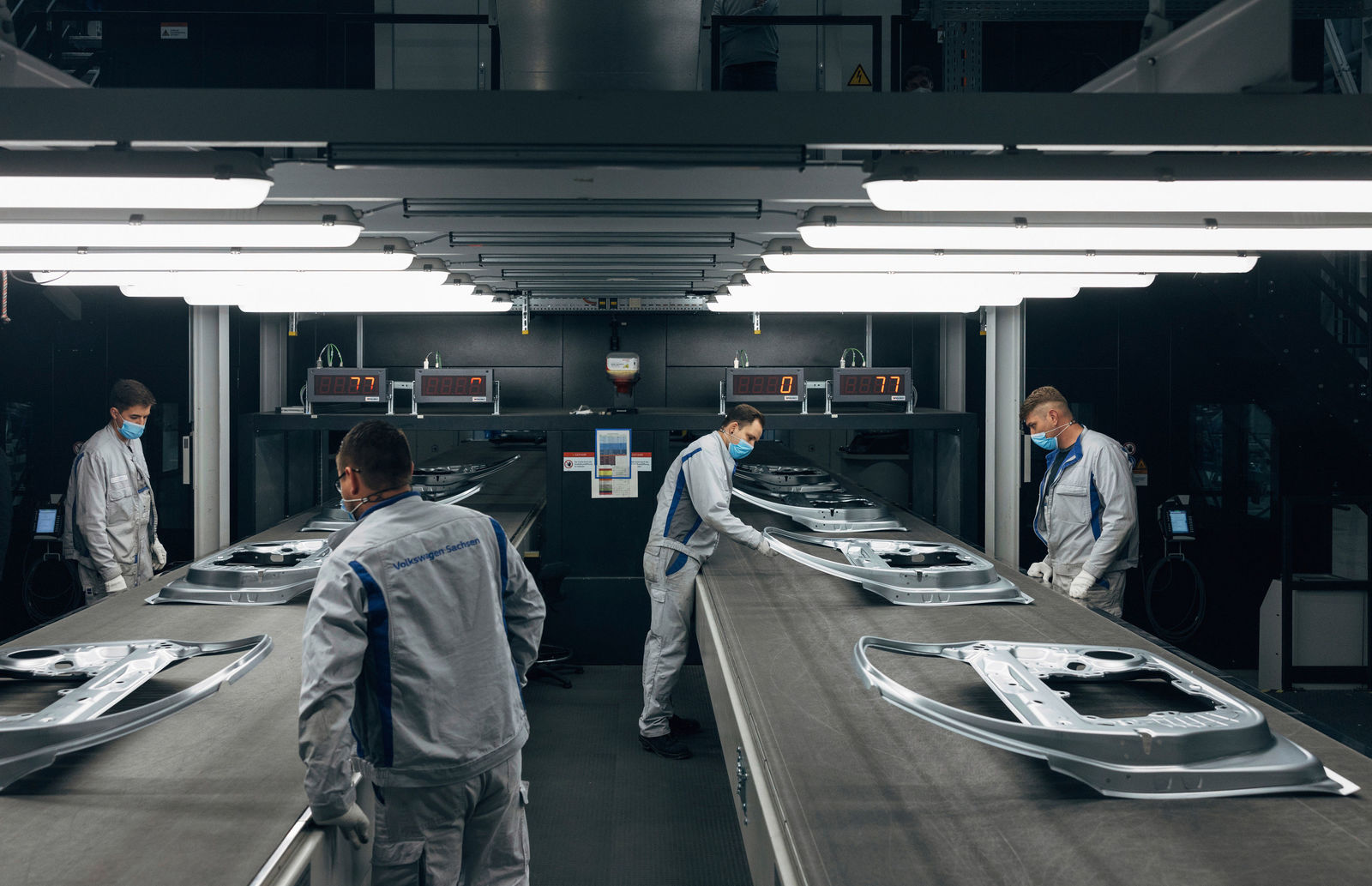