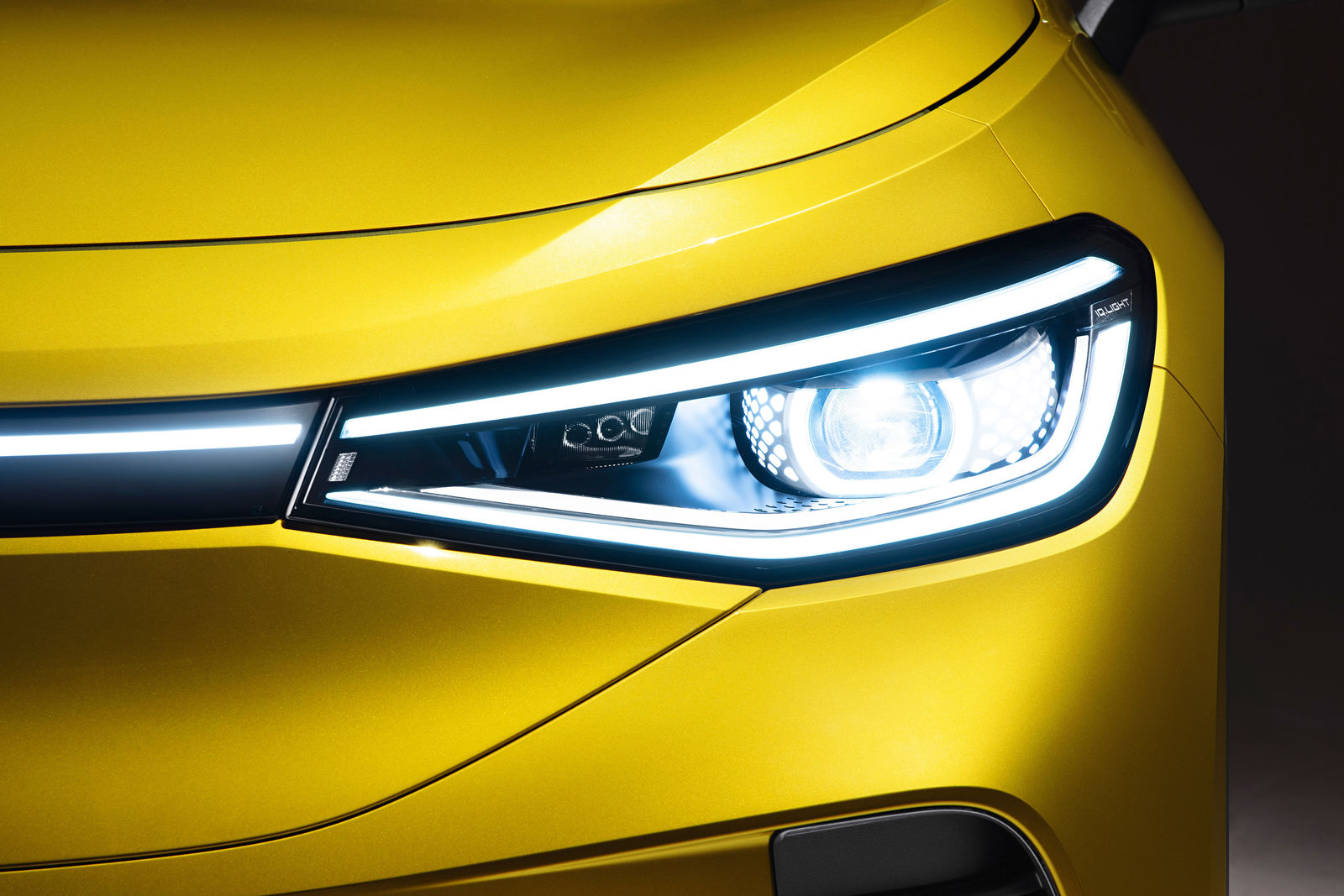 “Light is the new chrome”:
Light design of the new Volkswagen ID.4

The ID.4 boasts a powerful and sporty, but simultaneously also likeable char-acter. The exterior lighting plays a major part in this: it forms an integral part of the electric SUV’s design concept and stages the vehicle in a new way.

Until now, whenever automotive designers wanted to draw attention to highlights, they often used chrome details and strips – on the inside and outside. For a few years now, the trend has additionally been moving towards new light elements in the vehicle interior, but most of all on the outside of the vehicle. “Light is the new chrome,” Klaus Zyciora explains as the Volkswagen Group Head of Design and former Head of Volkswagen Brand Design. “Light plays a major role, especially for an electric vehicle. It represents energy and electricity, but also warmth and safety. Light is a perfect symbol for the mobility of the future.”

Zyciora and his team applied this philosophy to the ID.4, creating a new, unmistakeable light design. Large headlights dominate the front end of the electric SUV to lend it a friendly look. They already largely feature LED technology as standard. The tail light clusters have been fully equipped with light-emitting diodes and a red light strip connects them to each other. The exterior mirror housings feature an additional light element: they conceal logo projectors which project a diamond-shaped pattern, ID. models’ typical design motif, onto the ground upon opening the doors.

High-tech by Volkswagen: IQ.Light. Anyone additionally seeking a certain je ne sais quoi will in future be able to order the optionally available IQ.Light with LED matrix headlights. Its light modules are made up of eleven individual LEDs each, which can be individually switched off and dimmed. They consequently emit an intelligently controlled, continuous main beam, always illuminating the road as brightly as possible without dazzling other road users.

The modules bear a strong resemblance to human eyes. Illuminated rings with a flattened lower section surround them – they are the hallmark of ID. models featuring IQ.Light. Honeycomb-shaped openings in the modules’ housings and all-round fibre optic cables generate the daytime running light. When the lighting is on, a light strip runs across the front end to link the headlights to each other.

Light modules in the headlights communicate with the driver even before the ID.4 sets off on a journey: whenever drivers approach the vehicle with the key, the lights electrically swivel upwards from the bottom to thus welcome them by looking up. With the Keyless Advanced access system on board, the vehicle features an enhanced welcome scenario: in this case, the light modules “open their eyes” and then additionally swivel to the side – making the impression that the vehicle is seeking eye contact with the approaching driver. 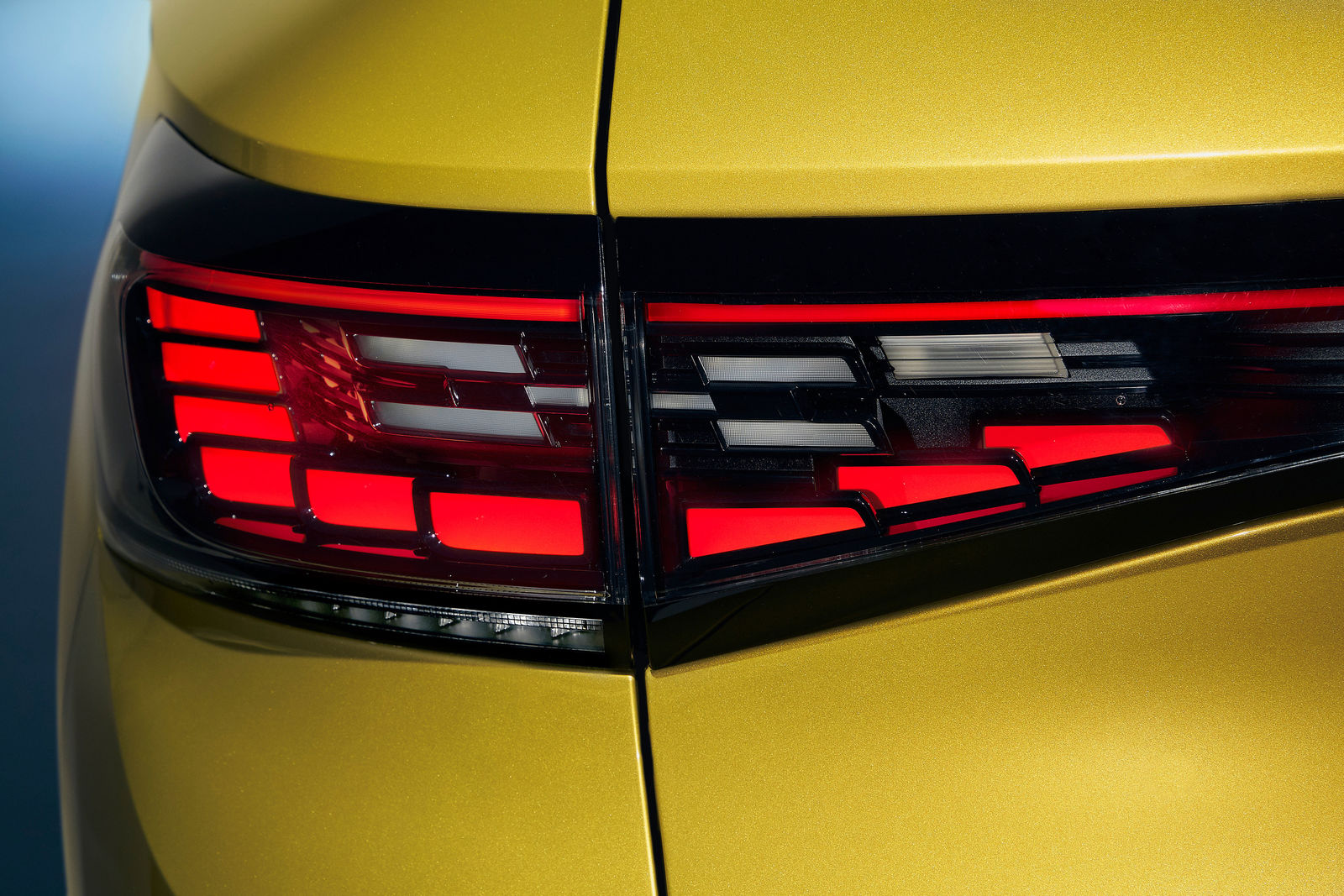 The optional LED tail light custers of ID.4: for the very first time in 3-D.

Global innovation: optional 3D LED tail light clusters. In the ID.4 the Volkswagen brandis using 3D LED tail light clusters for the very first time. Their tail light forms a flat curve and has a particularly homogeneous and vivid effect. In each case nine fibre optic cable surfaces emit the light in an unusually rich red. Each of these discs, consisting of several, thin layers, appears to be floating in front of a black background. The brake lights light up in the shape of an “X”.

Fast-paced animations in the lights initiate from the logo to welcome drivers and bid them farewell. Customers can switch over between two design modes. The 3D LED tail light clusters additionally incorporate a dynamic turn signal – it moves from the inside towards the outside to thus clearly convey in which direction the vehicle is heading. Klaus Zyciora continues by saying that “the light in the ID.4 is not an end in itself. It fulfils vital functions in an intelligent way and represents an integral element of the exterior design.”

Electrically into the future. Volkswagen’s electric offensive is further gathering pace with the new ID.3 and ID.4 models: the ID.3 is currently being launched on the first European markets. The world premiere of the ID.4, which will in future be available in the booming compact SUV segment, will be on 23 September. The first vehicles will be delivered before the end of this year.

Volkswagen is thus underlining its ambitions to become the global electric mobility market leader. For this purpose, the Group will be investing around €33 billion by 2024, €11 billion alone in the Volkswagen brand. In Germany the Zwickau site will become Europe’s largest and most potent electric vehicle plant, assuming a pioneering role in transforming Volkswagen’s worldwide production network. Preparations for the launch of the E-SUV are also in full swing at an international level. Pre-production has already begun at the Chinese plant in Anting and production of the ID.4 at the Chattanooga site in the USA will launch in 2022. 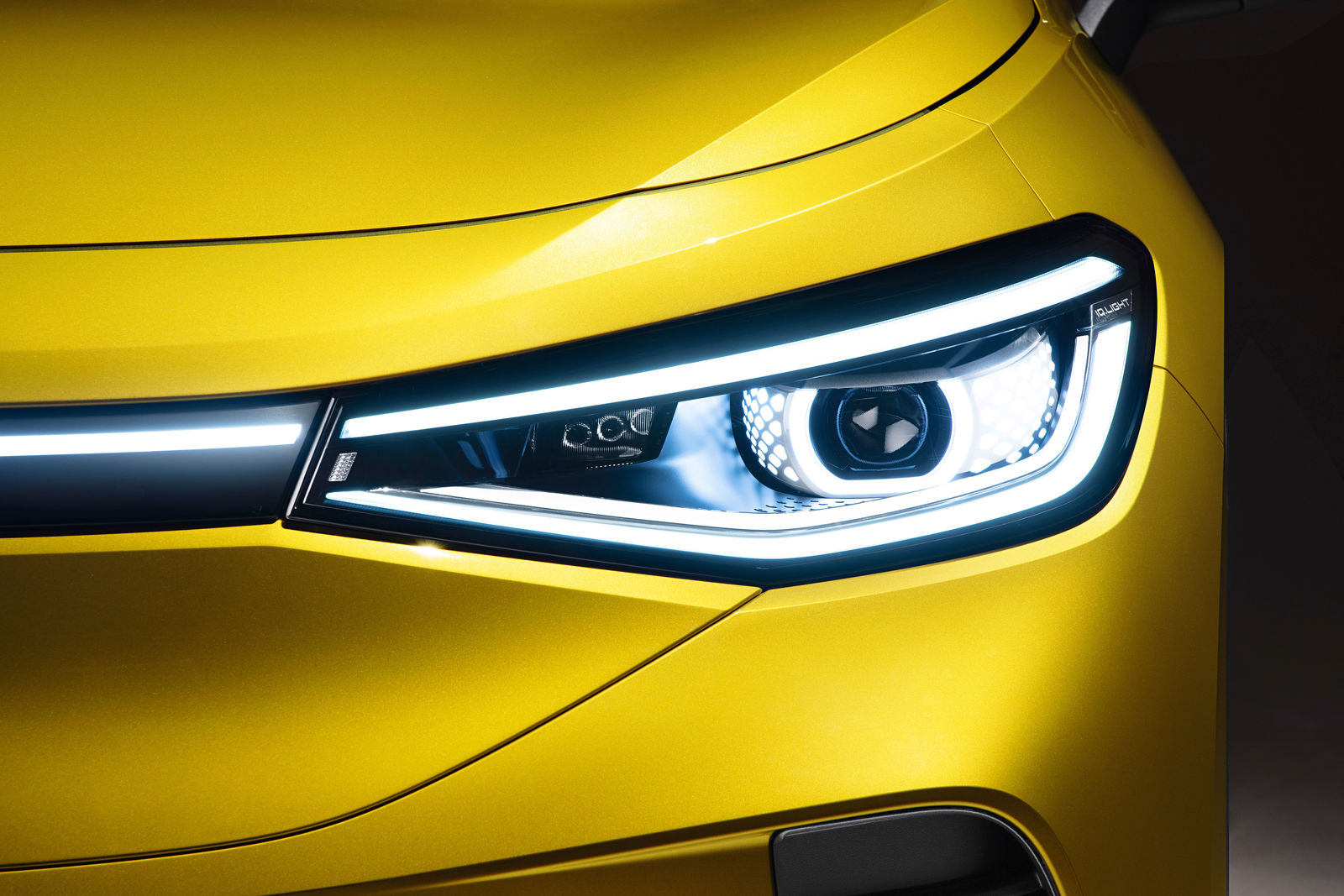