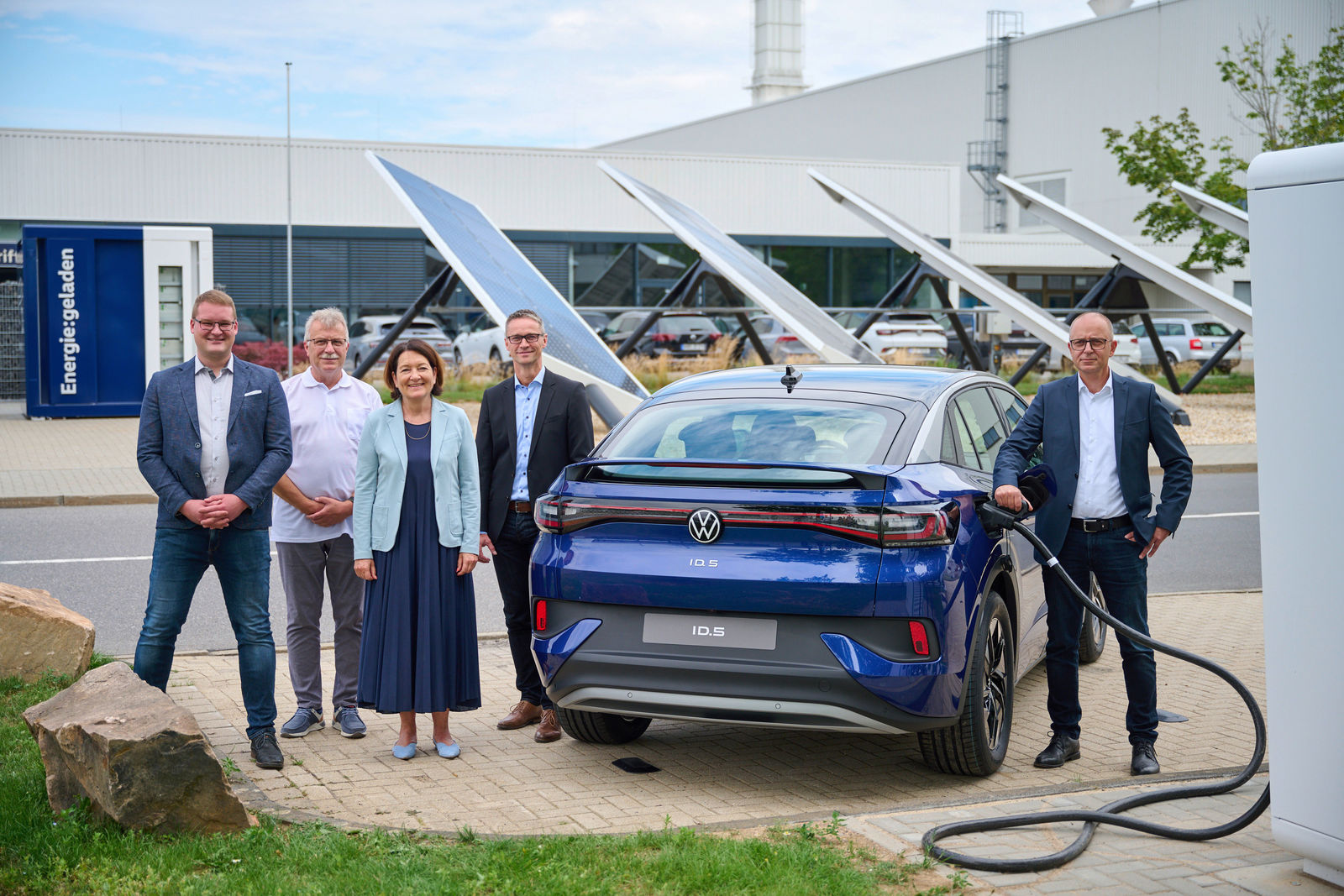 Today, at the Zwickau vehicle plant, Volkswagen commissioned the first fast-charging park in Saxony, which is supplied with energy largely from a so-called power storage container (PSC). The PSC is a type of enormous electricity storage unit and consists of 96 cell modules with a net capacity of 570 kWh. The advantage is that fast-charging infrastructure can be built nearly anywhere, even if in places with a low-capacity grid connection. Residential areas are one example of where this could be used. Additionally, this solution is sustainable: all cell modules in the PSC were formerly installed as batteries in pre-production models of the ID.3 and ID.4 and have now been given a second purpose. With the pilot project, Volkswagen Sachsen is putting its technology expertise on display, which goes beyond the manufacturing of its six all-electric vehicles. Two other central German companies – AW Automotive and Automotive Research – were involved in the realization of the project.

Karen Kutzner, managing director for finance and controlling at Volkswagen Sachsen: “Reusing batteries is important for the future and it’s closely linked to the acceleration in the trend toward electric mobility. With the power storage container, Volkswagen Sachsen is demonstrating a practical, cost-effective and useful case to enable cell modules at the end of their service lives to have a second life. This automotive power bank could be used wherever the capacity of the grid connection is too low but there is demand for powerful charging infrastructure. Innovative ideas like this could provide renewed impetus for the critical buildup of fast-charging infrastructure.”

As a large battery storage unit, the PSC offers a cost-effective alternative to a transformer station. It enables large quantities of energy to be provided in a short time without overburdening the electricity grid. Another advantage is that the temporary storage of energy allows for high basic costs that would otherwise be incurred during standby operation, even when no vehicles are charging, to be avoided. The automotive power bank could therefore enable HPC infrastructure to be built in the future where previously only AC charging at a maximum of 11 kW has been possible, for instance in residential areas. For fast-charging parks with high-power chargers (HPCs), transformer stations are normally installed with a connection to a powerful medium-voltage grid that operate 24 hours a day and require a significant initial investment. This is accompanied by an average charging time of only a few hours per day.

The charging park at the west gate of the Zwickau plant is made up of four charging stations, each with an output of 150 kW, which can also be divided into two outputs of 75 kW. This means that up to eight vehicles can charge at the same time. The electricity comes from the adjacent photovoltaic installation, among other sources. Because Volkswagen Sachsen has been purchasing green electricity since 2017, all vehicles are therefore charged with 100% renewable energy. Three fast-charging parks will be in operation on the plant grounds by the end of the year.

For the PSC, Volkswagen Sachsen is relying on a solution that Audi already successfully used as part of the Audi charging hub in the urban area in Nuremberg. The container cubes consist of used lithium-ion batteries from disassembled Audi test vehicles that are used as buffer storage for direct-current (DC) electricity.