From the Beetle to the Golf

In the late 1960s, the world was in flux: traditional values were coming under question. And what about Volkswagen? There it was about more than just finding a successor for the Beetle. Engineers and designers had countless ideas for additional models both small and large. We are here to look back at those eventful times. 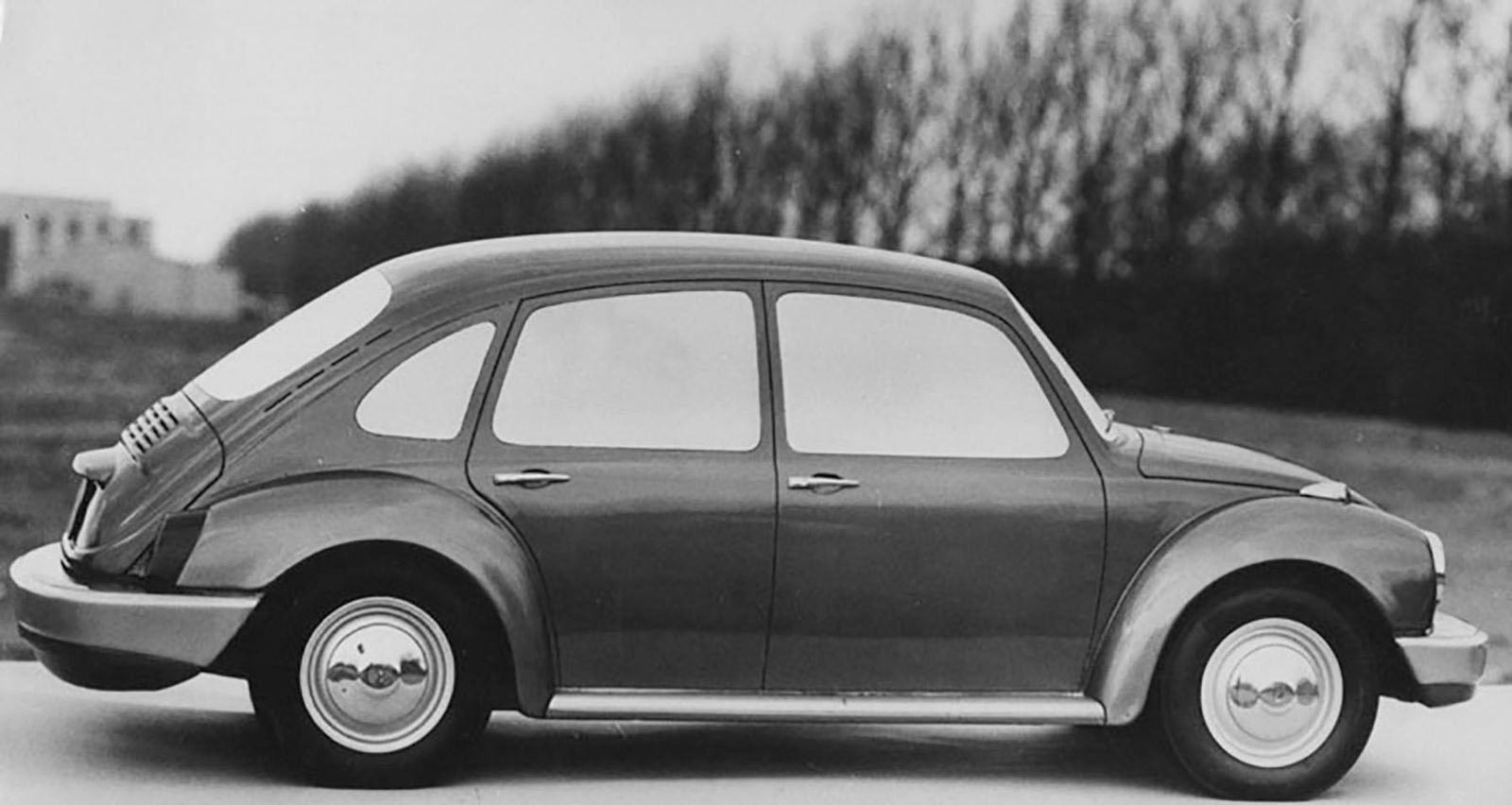 1970: rejected model for the Beetle successor

Up until the early 1970s, it was a time of experimenting, developing and discarding. Engineers from Volkswagen, Audi, NSU and Porsche were competing for the contract. The Italian studios, which were the forerunners back then, were involved in the design: Bertone, Ghia, Ital Design and Pininfarina. Because it was no longer a matter of “merely” finding a successor to the Beetle: it was about establishing a cross-brand model family. 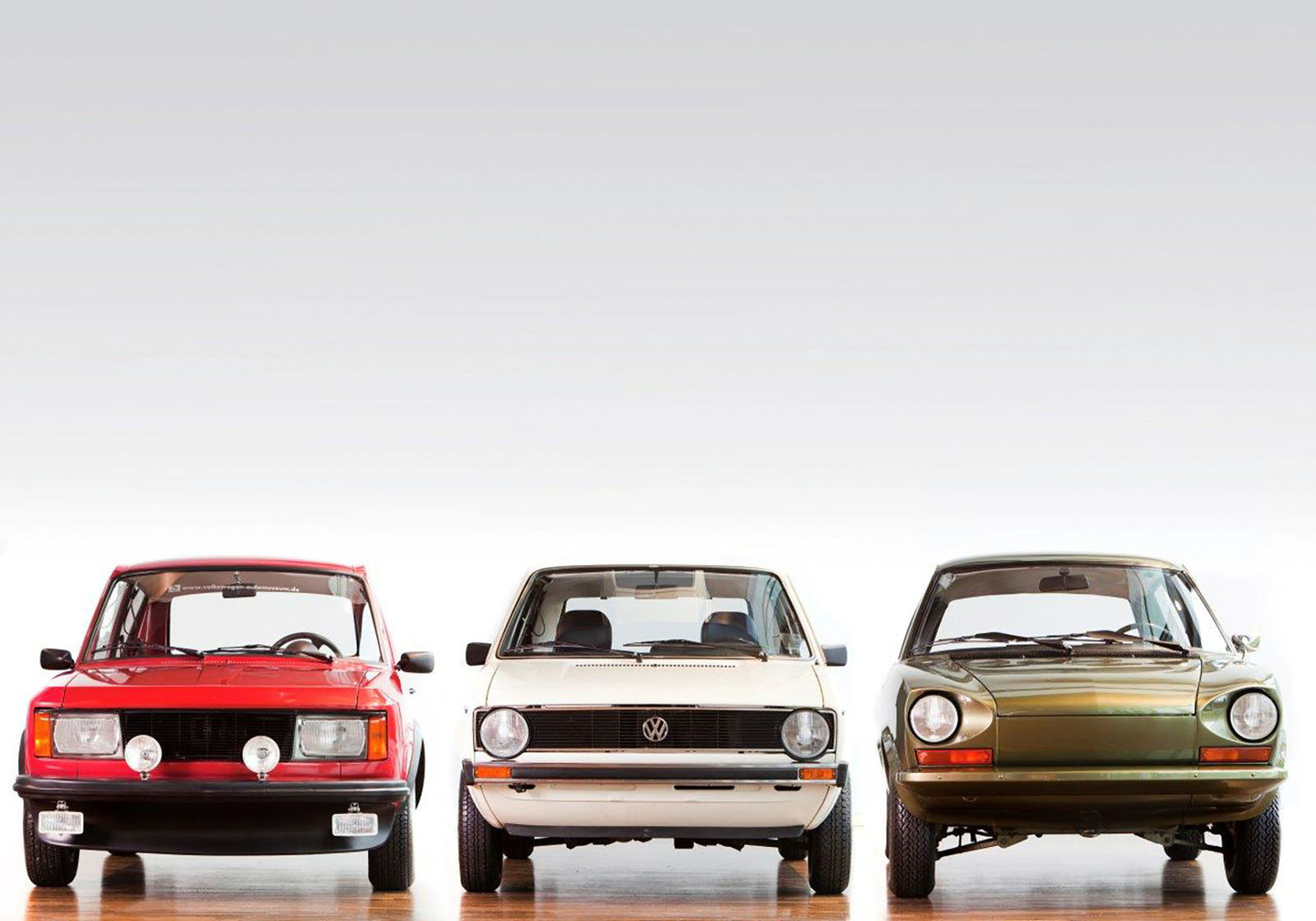 Projects for the Beetle successor (from left to right): development order (EA) 276, Golf and EA 266

In 1970/71 a consensus had been reached in terms of a successor for the Beetle: four cylinder in-line engine in the front, transmission also in the front, combined with a timeless body design. The shape of the Golf came from Giorgio Giugiaro. 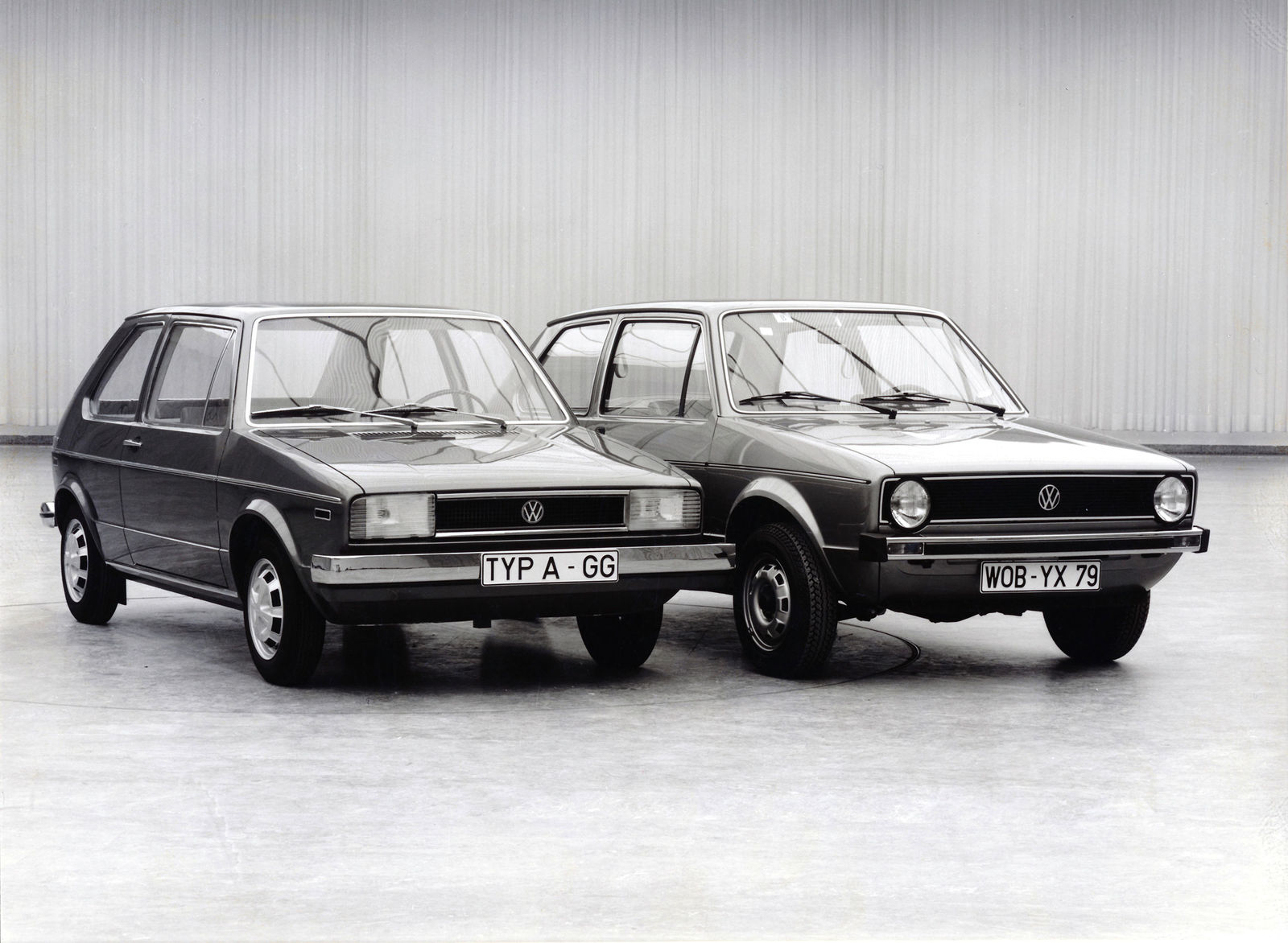 The boxy compact car captivated immediately with its practicality and quality. Now people refer to the "Golf" class. In terms of numbers, the Golf has far exceeded the Beetle. 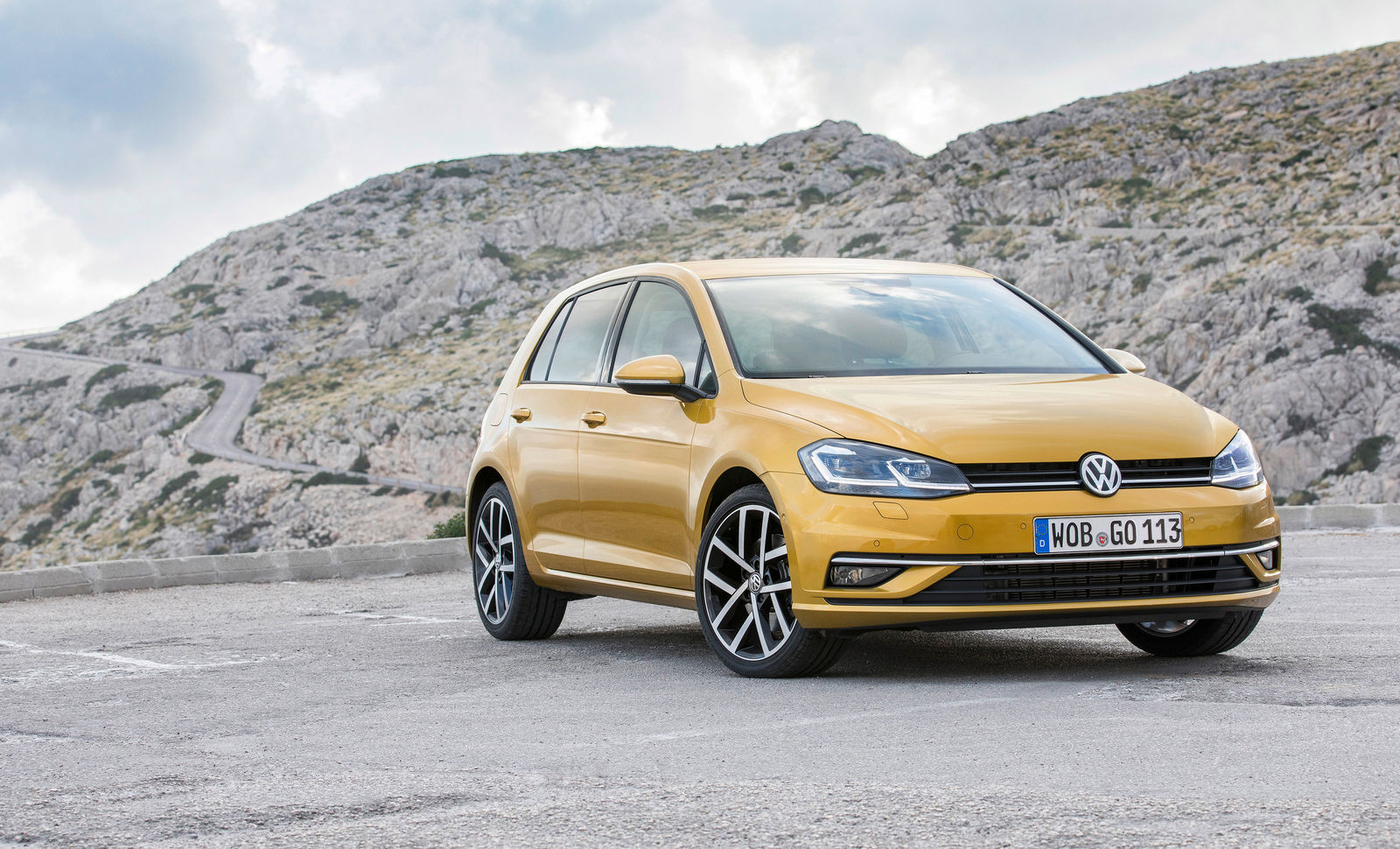 Archive
The Golf. First in its class for over 40 years.

From the Volkswagen Type 3 to the Passat and Audi 80

With prosperity growing in Western Europe, the trend was moving away from entry-level vehicles to better equipped middle-class models from the mid-1960s onward. At Volkswagen, this trend was recognised early on and from 1961 the Beetle (Type 1) moved aside to make room for the Type 3, which appeared to be bigger. 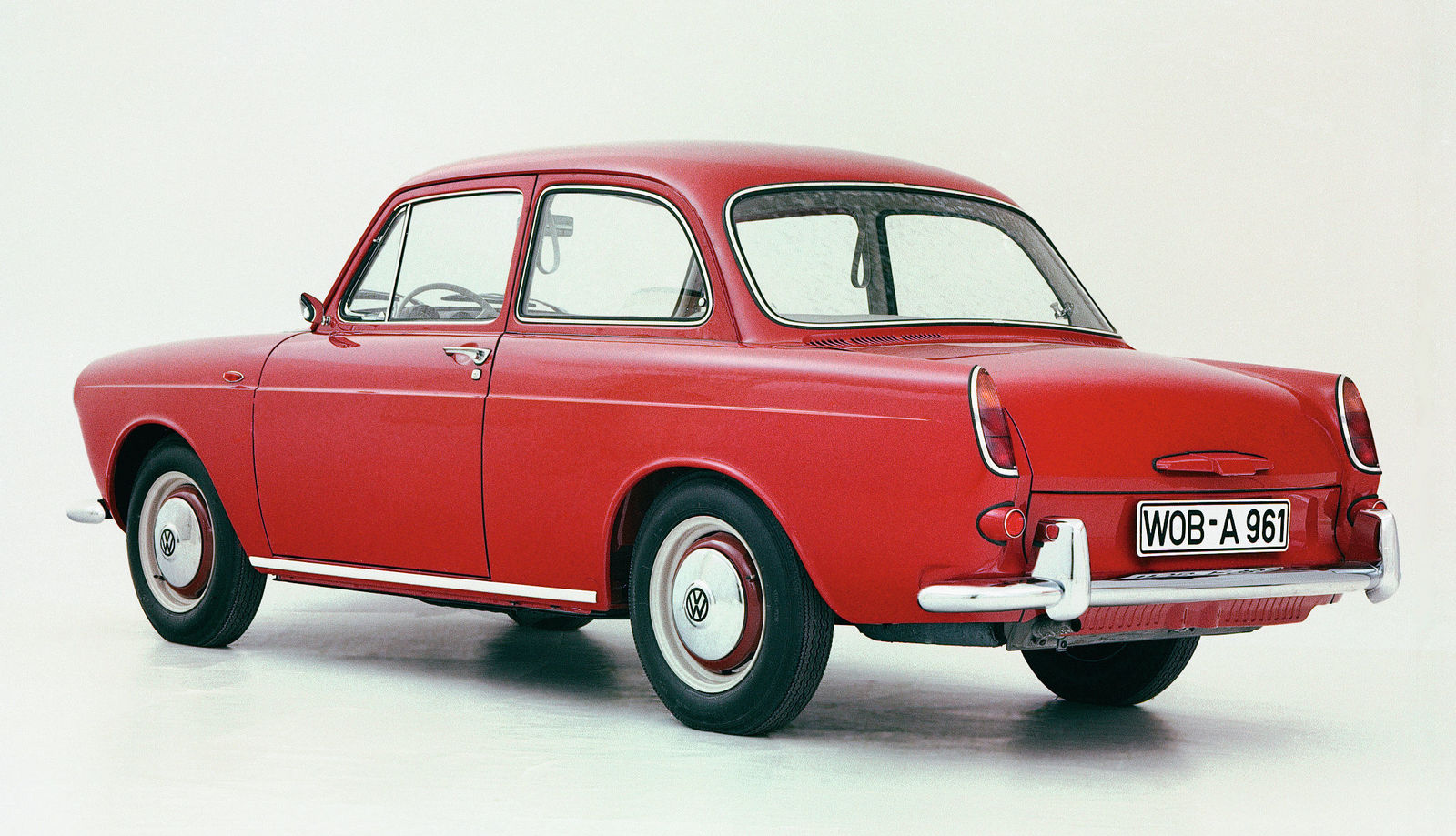 Archive
Wolfsburg was starting in the automotive medium section: Volkswagen 1,500 from 1961

The air-cooled boxer engine, however, was still in the rear. This was actually a cause for concern and so the successor was planned with a front engine. After several failed projects, what was known as development order 272 was started around 1970: initially with a newly developed, transverse 4-cylinder in-line engine, which together with other Volkswagen models was meant to convey a family resemblance and fulfil the common parts strategy. 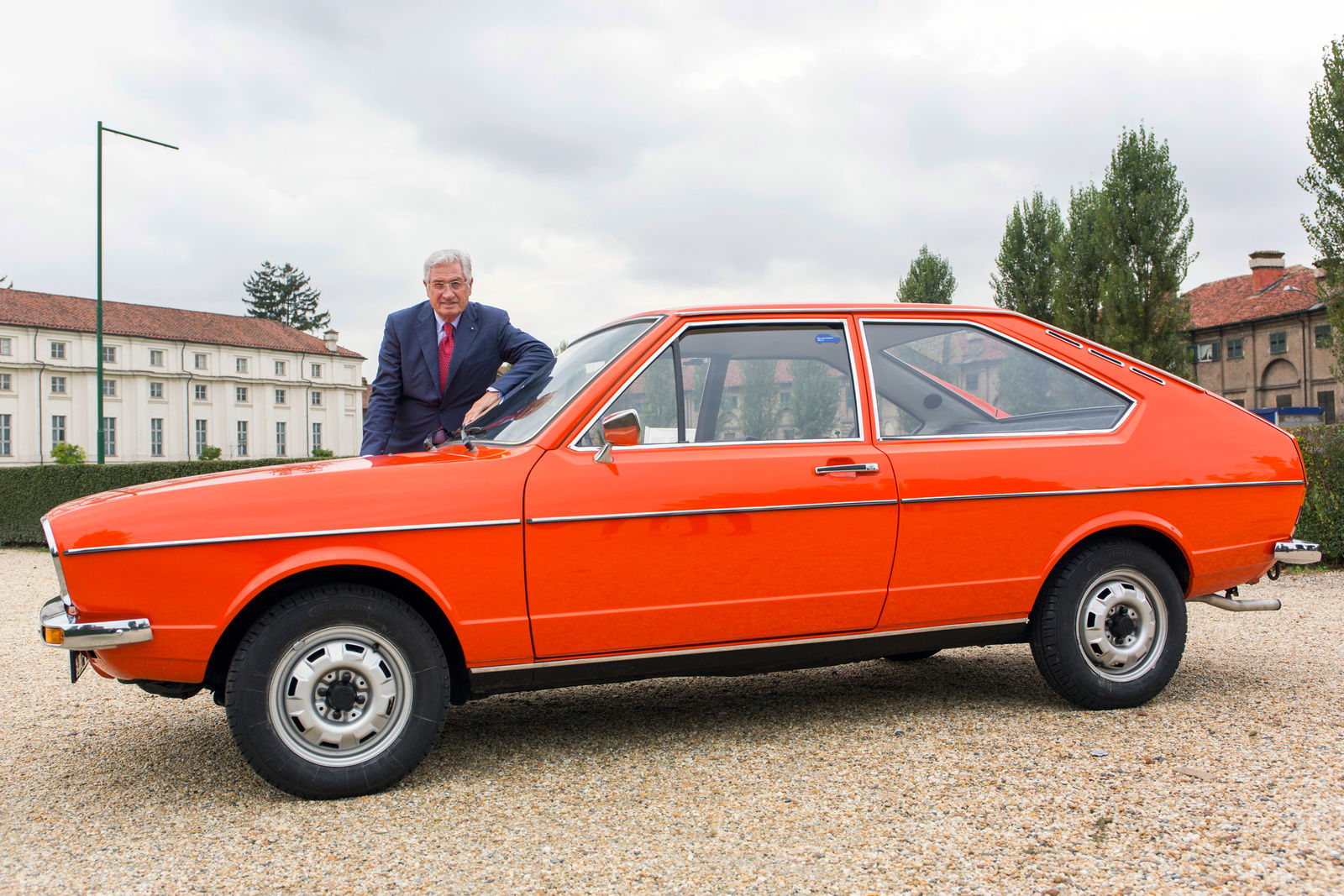 A master and his masterpiece: Giorgio Guigaro and the Passat

The vehicle was later called the Passat. At Audi, the focus was on the EA 838 with a longitudinally mounted 4-cylinder in-line engine developed in Ingolstadt. The concept car was originally somewhat smaller than the EA 272 and originally had a liftback.

The new head of Volkswagen, Rudolf Leiding, ultimately discarded all parallel developments and made sure that engines and basic powertrain bodies came from Bavaria for the notchback Audi 80 from 1972 and the liftback Passat from 1973.

Volkswagen was reluctant to enter the market segment below the Beetle. This was a complete contrast to the technicians and developers from NSU who were looking further to develop their small Prinz models. The new subsidiary, NSU, was successful with its two and four-cylinder Prinz cars, even though the air-cooled engine had also surpassed its zenith.

Ultimately, the Wolfsburgers passed on the final order for the new compact cars to Ingolstadt. Claus Luthe, an Audi designer, was responsible for the design. From the very beginning, the project was intended for production in Wolfsburg. From 1974, the Audi 50 was produced in Lower Saxony and from 1975 the Polo also left the production line there. 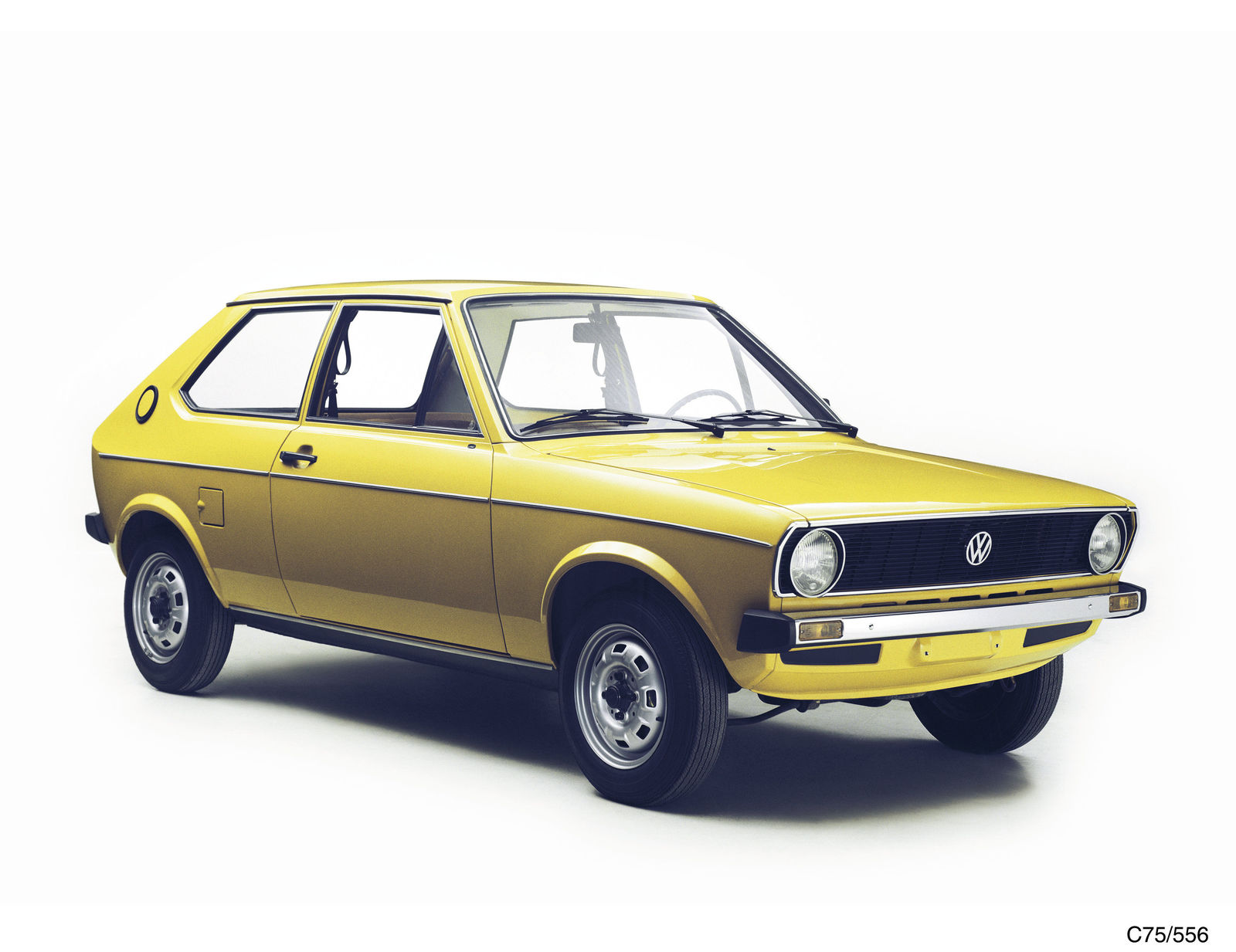 In Wolfsburg, the dream early on was also for the brand to produce large, powerful automobiles – but Audi was quicker. They developed their own luxury vehicle, however, initially without approval from Wolfsburg. Yet the Audi 100 won over and the sporty yet elegant coupé version derived from the 100 (drawn by Hartmut Warkuss, later chief designer of Volkswagen Group) moved the Ingolstadters closer to their rival Mercedes-Benz.

Audi also had the unbelievably chic Ro 80 in their portfolio following the takeover of NSU. Its highly praised rotary engine was a flop though. 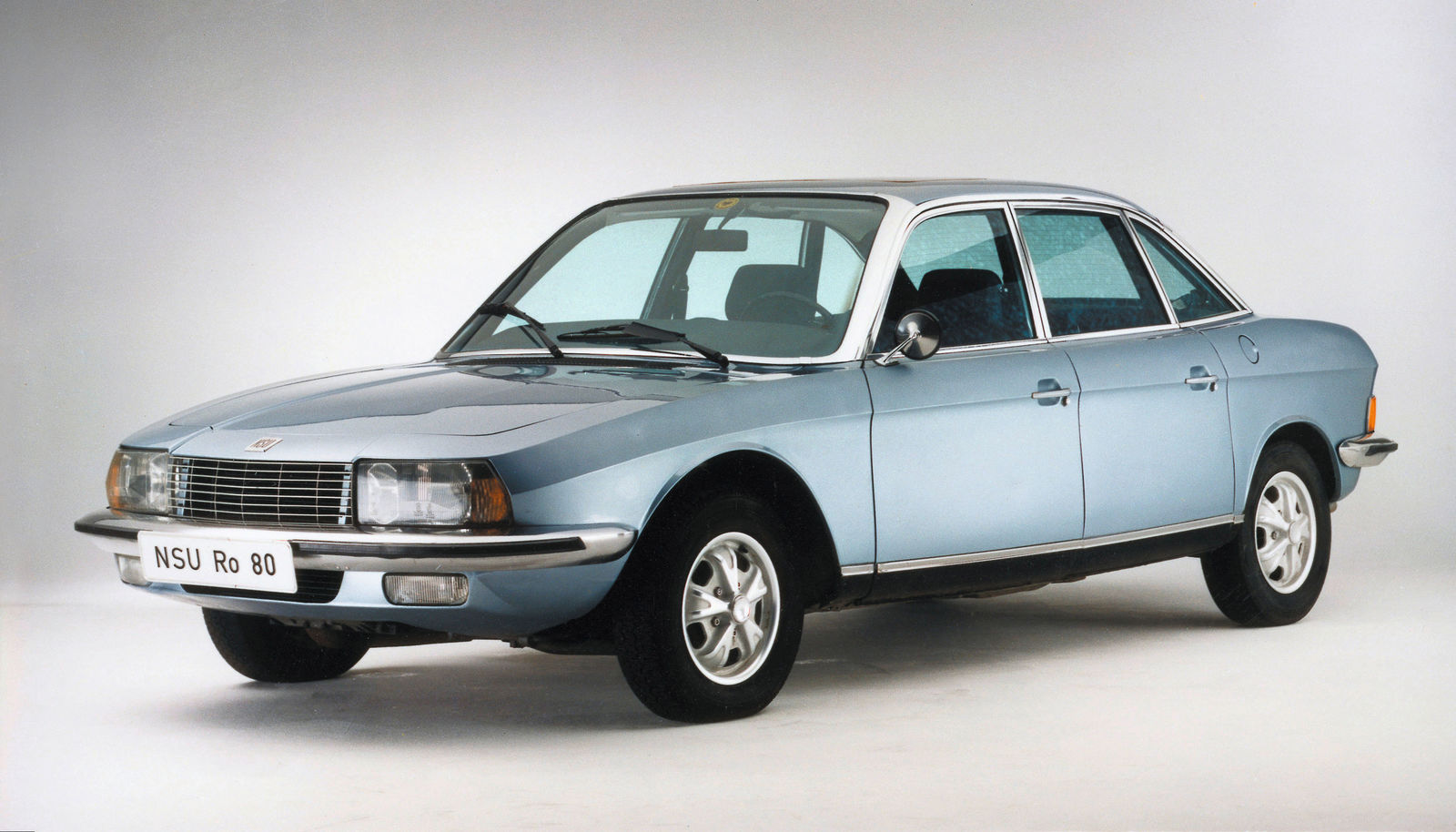 The vehicle itself is an automotive legend and a stylistic masterpiece; the Ro 80 was also meant to enter the market almost at the same time as the K70. Neither one was a success.

As early as the mid-1960s, Volkswagen had been working on its own luxury liner – with a six-cylinder engine in the rear developed by Porsche and timeless Pininfarina design. Concept cars were created for saloons and estate cars and then the project ended.

This was followed in 1971 with a large, extremely elegant experimental vehicle known as the ESVW1, drawn by Herbert Schäfer. This car was meant to serve as the basis for a future C-class Group model made in Wolfsburg. Scale models, drawings and sketches were the only thing to remain from this project. An Audi version was then derived from this model – of course, using the new common parts strategy.

Draft designs for potential saloons in the upper mid-sized class

Nothing came of the Volkswagen Group’s C-class project, but the second generation (C2) of the Audi 100 took on an array of design features from the ESVW1 concept car. 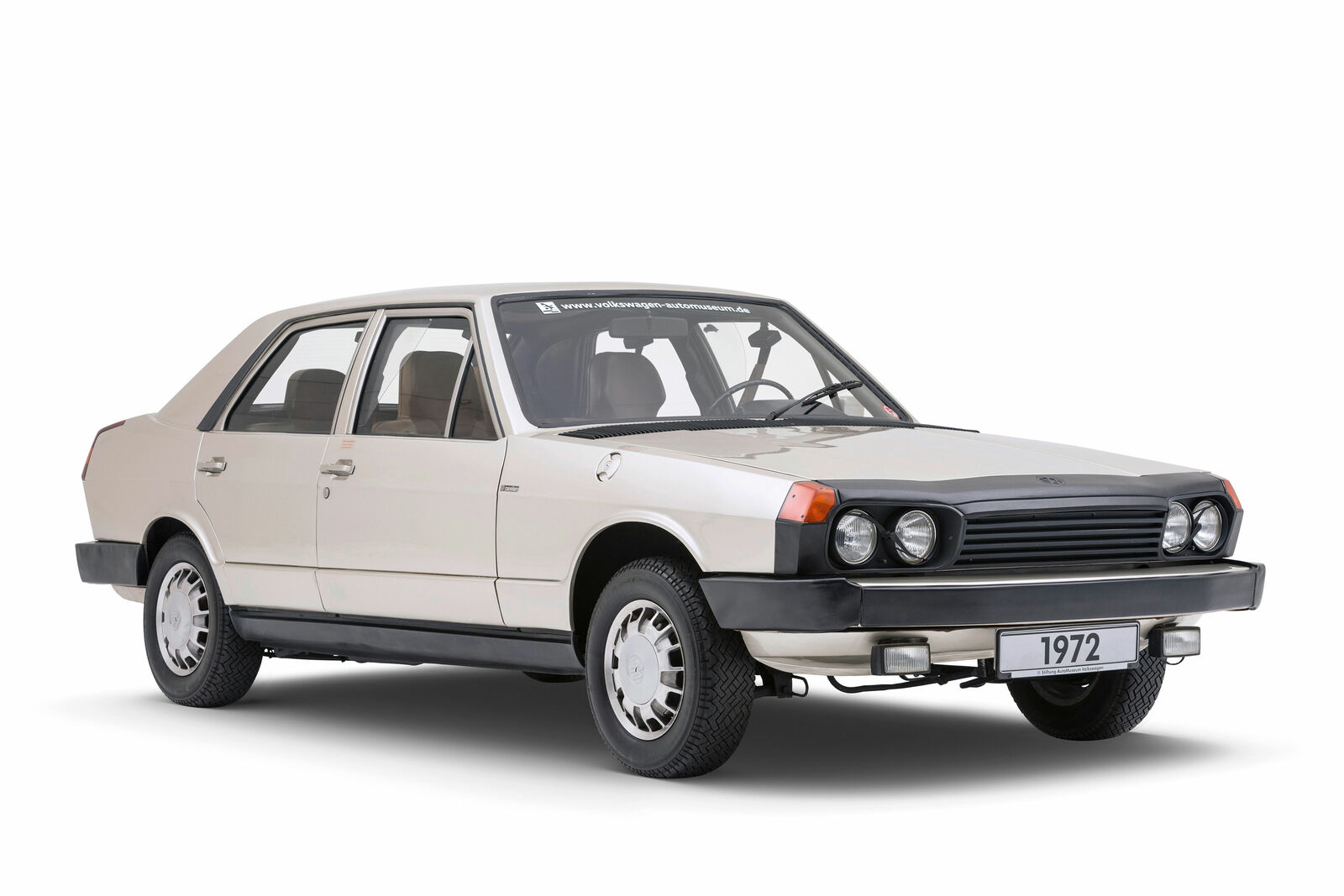 At Volkswagen itself, these flights of fancy ceased after 1973 – the market launch of the new Golf would not allow for any other daring moves.

The most important models, the steps of their development and the critical engines including all discarded creations will be shown and explained in a new, exceptional temporary exhibit at the Stiftung AutoMuseum Volkswagen in Wolfsburg on Dieselstrasse.

A 176-page catalogue published especially for the exhibit will also be available at the cash register in the AutoMuseum. With exclusive pictures and detailed text passages, it explains how a high-risk project became a resounding success. 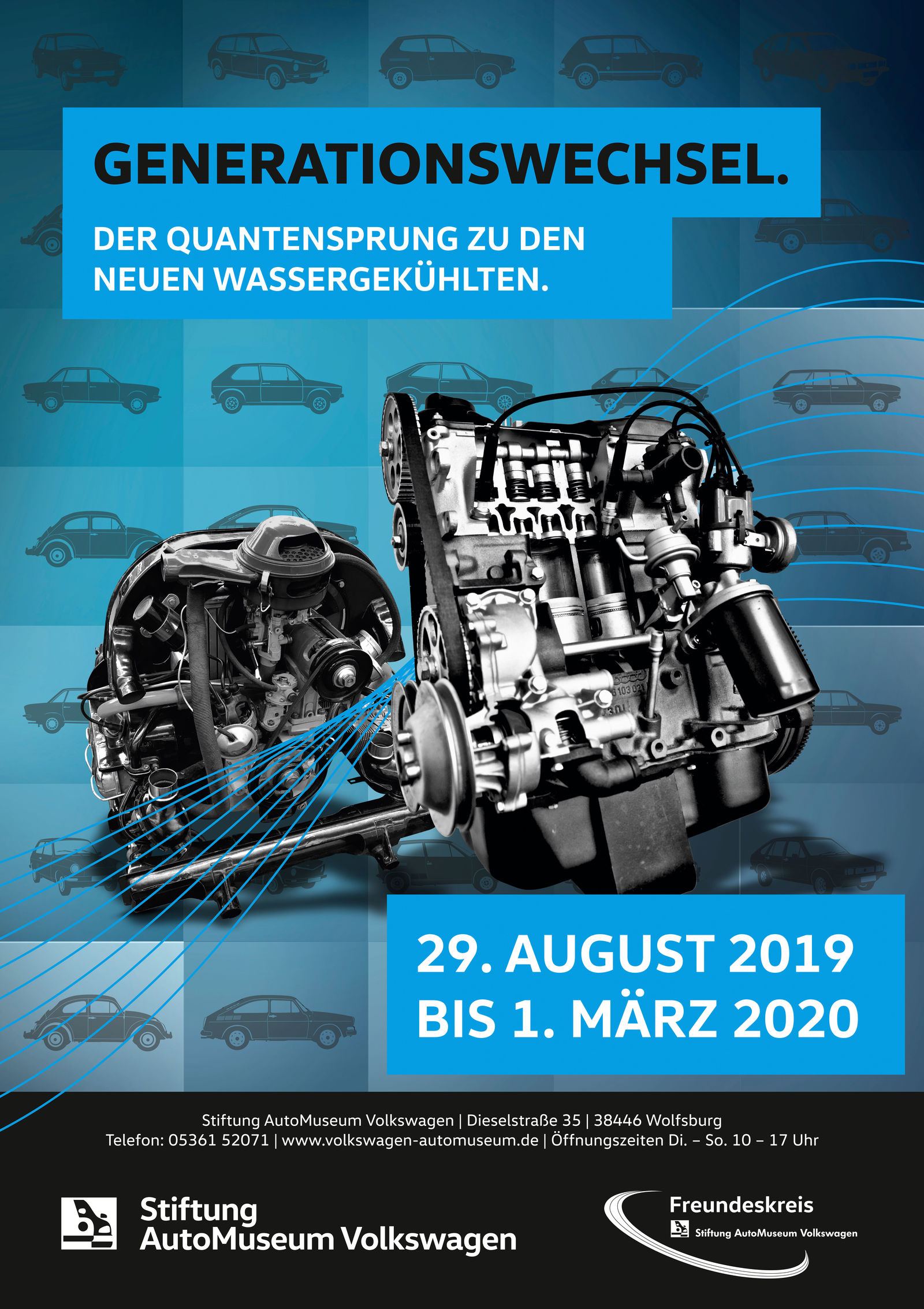 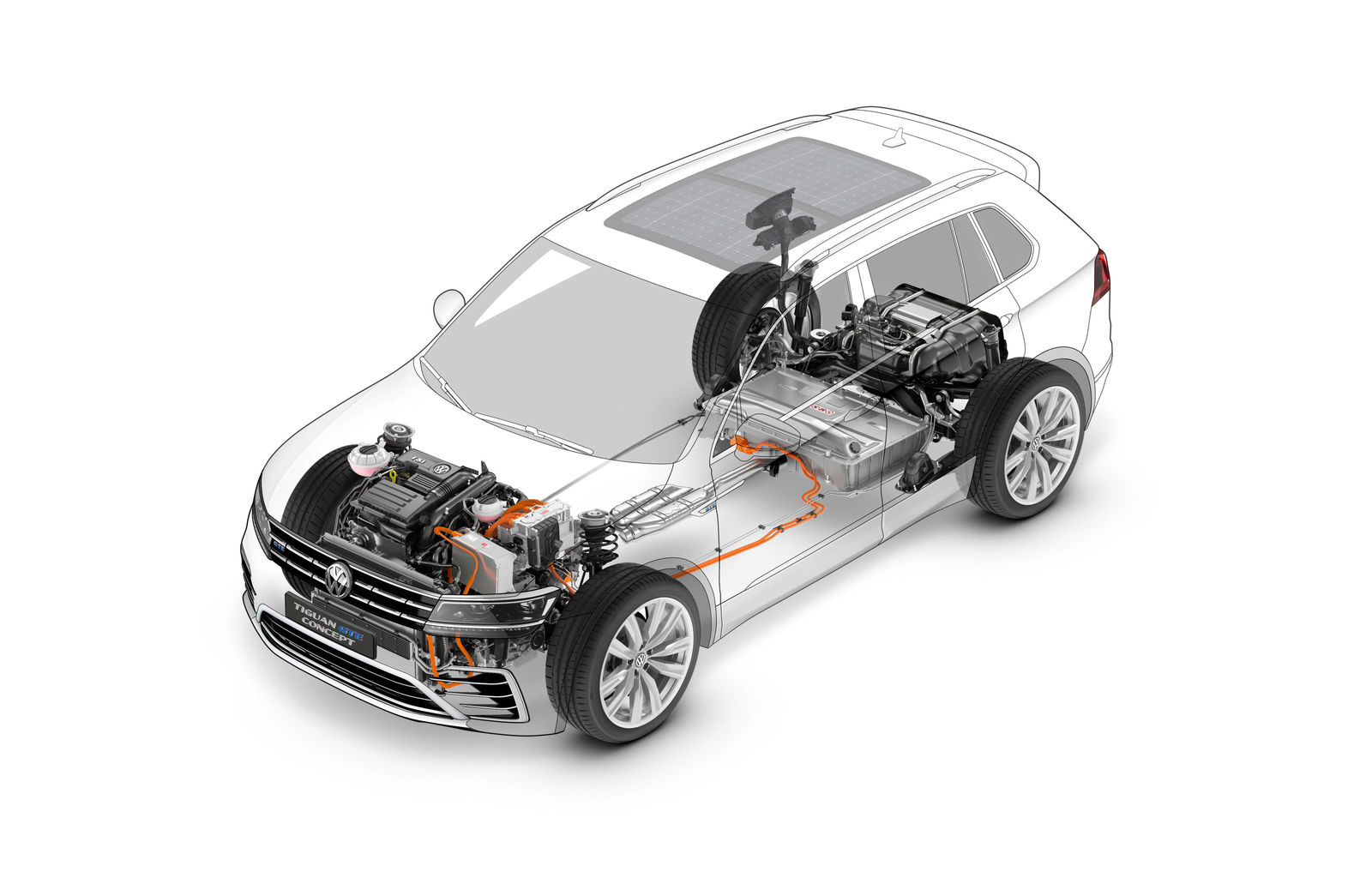