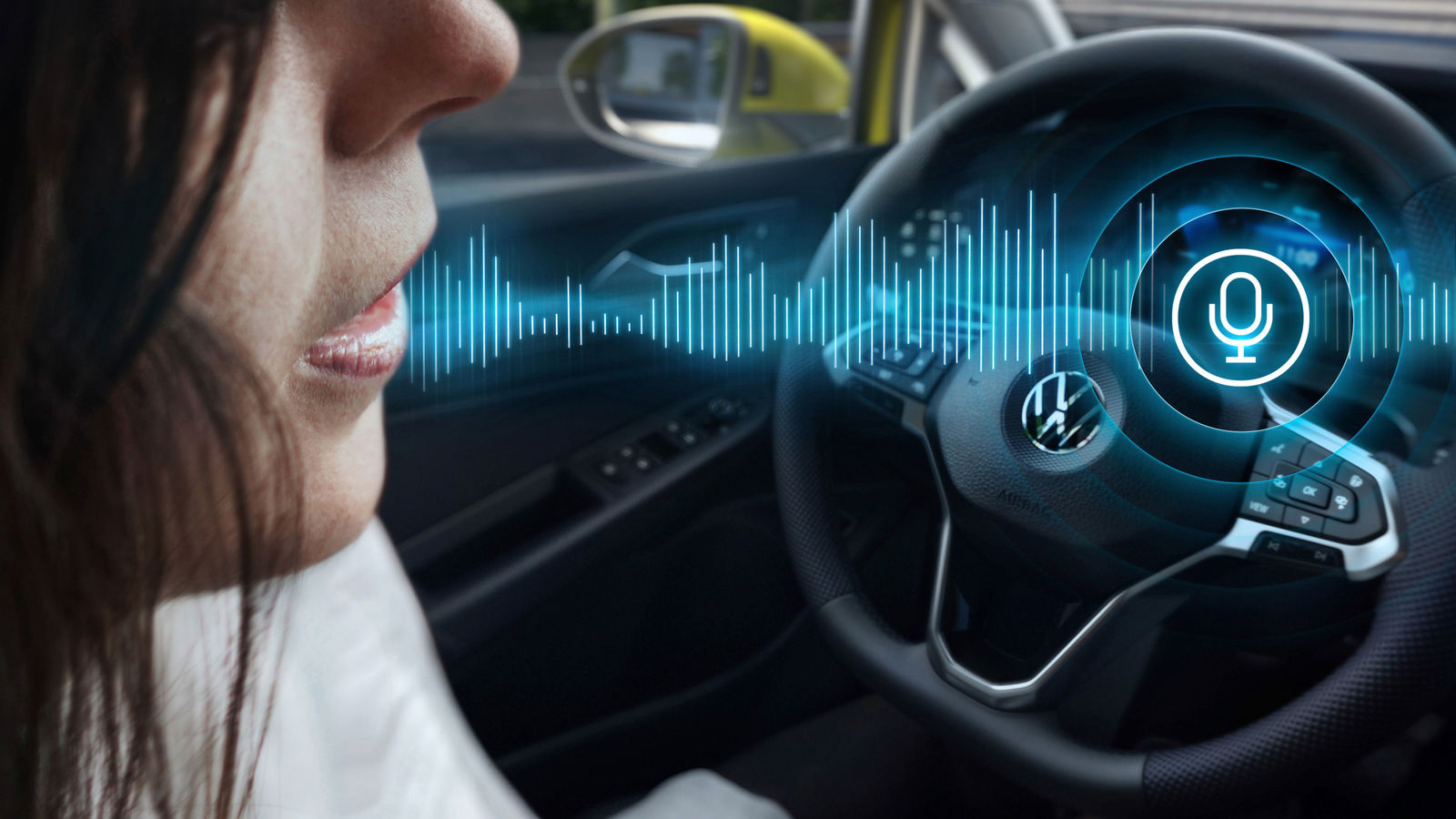 Enhanced power and speed:
Volkswagen takes voice control in the Golf to a new level

“This major infotainment upgrade underscores the Golf’s standing in the compact segment,” says Thomas Ulbrich, Member of the Board of Management for Volkswagen Passenger Cars with responsibility for Development. “The advances in terms of usability and performance give our customers the very highest level of convenience.”

More agile infotainment. Due to go into series production in the next few weeks, this major upgrade gives a dynamic boost to infotainment in the Golf. Customers will instantly feel the benefits even when starting the system: voice control and navigation are available much more quickly than before. This also applies to use of the navigation map and scrolling through lists.

The new voice control – fast recognition and precise response. The most advanced feature is the voice control: “Hello Volkswagen” is the phrase used to start what is known as natural voice control. This system is also able to understand freely worded phrases from day-to-day life such as “I’m cold” or “Where can I find a Japanese restaurant in Berlin?” – transforming the Golf into an intelligent conversation partner. Thanks to digital microphones, it also recognises whether the driver or the passenger is speaking: this means it can activate the vehicle air conditioning specifically for the person making the request, for example. The optimised system is also capable of asking questions and allowing interruptions.

The improved voice control essentially enables the customer to operate the entertainment, navigation, telephone and climate control. Comprehension rate has improved substantially, now reaching a level of around 95 per cent. The new software also makes do with fewer system interfaces than before, making it easier to additionally integrate intelligent online functions such as news or weather reports in the future.

Always at the ready – whether online or offline. Voice control responses and suggestions come from two sources – the cloud and the information stored offline in the vehicle. Online matching increases the recognition rate and the quality of results, while the offline information is available even where there is no mobile network, such as in an underground car park. Whether online or offline, responses and reactions are now as much as four times faster than before. It takes less than five tenths of a second to process an online request on the server, and the feedback arrives in the car in less than a second. If customers wish, they can also finish the request or command by touching the display, where the relevant menus will have already appeared.

Facilitated operation. Another area in which in-car infotainment has been improved is the touchscreen. When the user’s finger comes within a few centimetres of the screen, the buttons around the hazard warning light switch are blocked. As soon as contact is made between finger and screen, this block is then extended to include the sliders for volume and temperature. This means that unintentional activation of the control panels below is virtually impossible. The control of the capacitive display itself remains unchanged: a light touch is enough to activate the given function. What is more, additional infrared proximity sensor technology enables gesture control from several centimetres away.

Wide-ranging improvements in MIB3. The infotainment upgrade in the Golf is based on the modular infotainment matrix (MIB3), which has received numerous improvements. The software optimisations are now focused even more on typical customer applications, the original system having been greatly compressed for this purpose. The result is a reduction of the base load and therefore enhanced performance for programmes and functions.

On the hardware side, the MIB3 now features a more powerful System on Chip (SoC). Its central processing unit (CPU) comprises four cores plus the graphics card and the digital signal processor for audio. The new chip unit offers about 25 per cent more computing capacity, while the graphics card triples performance. For the customer, this essentially means a faster response: for a typical navigation destination entry, the list of results is usually ready in less than five seconds – much more quickly than before.

Vehicles that have already been delivered will also be able to benefit from the optimized software next year. Volkswagen will actively approach customers from the beginning of next year to inform them about the process of the software update. This is a voluntary service measure.

Customer feedback has a key role to play. Integrating customer feedback in the further development of products and services is becoming a crucial strength when it comes to competing for the most satisfied customers. With its ACCELERATE strategy, Volkswagen has aligned numerous processes even more closely to the needs of customers – from the early development phase through to the offer of digital services and visits to dealerships. 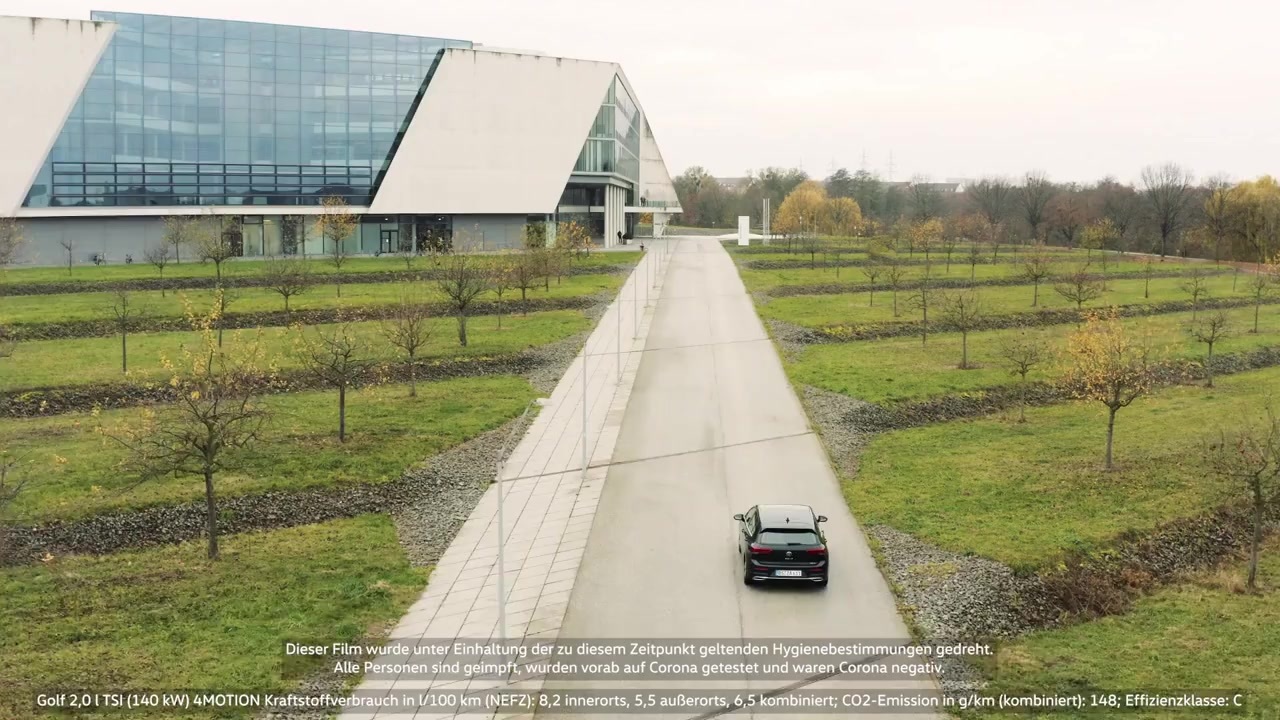 Enhanced power and speed: Volkswagen takes voice control in the Golf to a new level 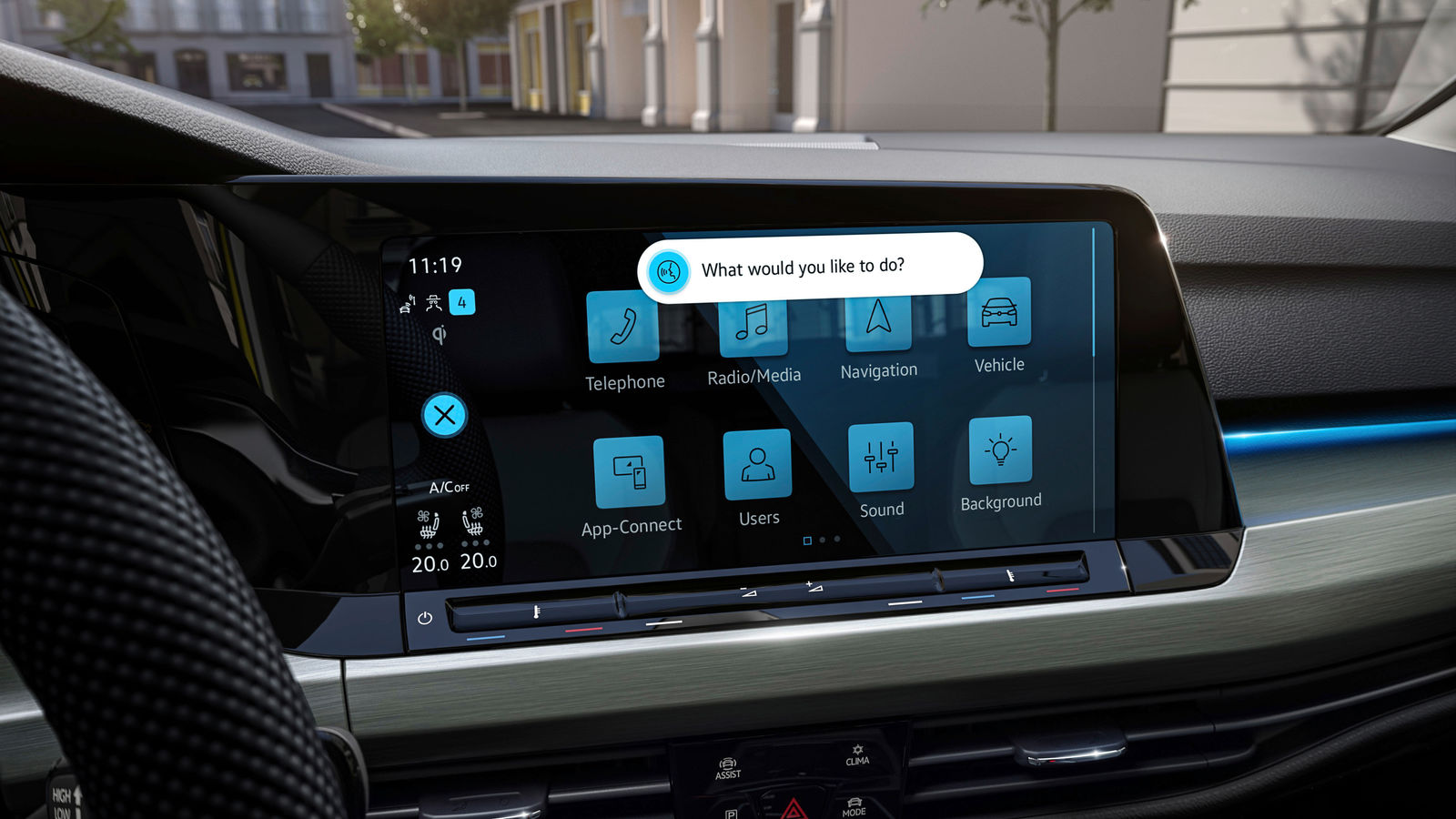