In the future, a digital platform will network data from all Volkswagen Group plants. The aim is to make production more efficient. The expansion is continuing apace even during Corona times – with digital means. 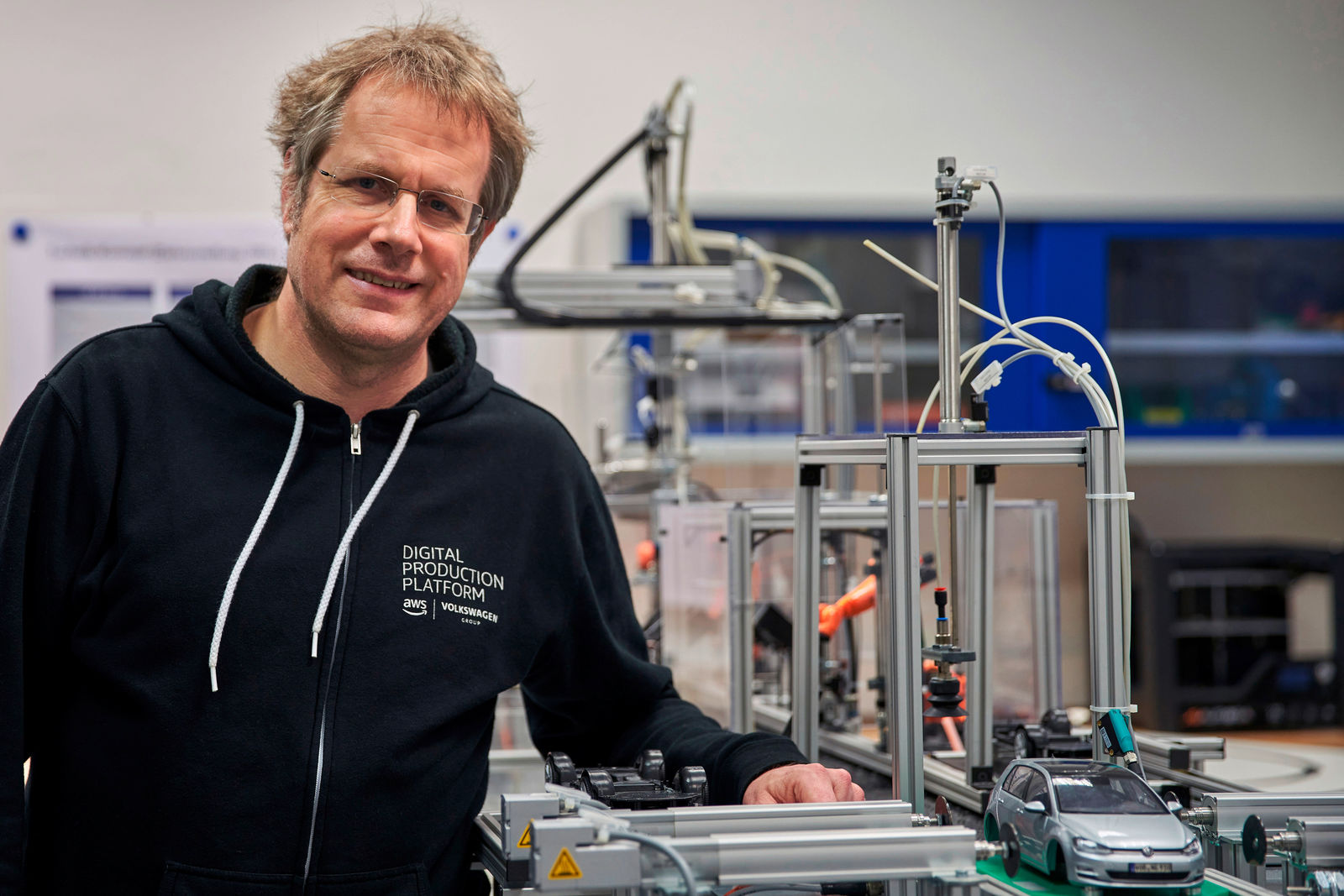 Dirk Voigt and his team from Production and IT have a major task: in the future, they will ensure that data from all Volkswagen Group facilities flow together in a powerful data platform, the Digital Production Platform (DPP). They are gradually integrating the facilities.

In total, the company has more than 120 production sites worldwide that are to become part of the large industrial cloud. The advantage: the more information is available from machines, plants and systems, the more efficiently the factories can organize their production. Since the start of the Corona pandemic, however, the team has faced a problem: business trips are taboo. The experts cannot enter the facilities which they are bringing into the cloud.

The race to catch up begins in Hanover

When the Corona crisis began in early 2020, the specialists from Production Strategy and Group IT had just connected plant number 4, the factory in Palmela, Portugal. Five trips lie behind them to organize the complex onboarding process. Fourteen more sites are to follow by the end of the year. “At first, we thought: We’ll interrupt our work for a few weeks and then begin the race to catch up,” recalls Voigt. But it soon became clear that this was not going to happen. Out of necessity, the experts develop new solutions: They digitize all training courses, develop special tools for remote system checks and standardize the data transfer of the onboarding process so that they can integrate other plants from the home office. And all this in compliance with strict safety standards. 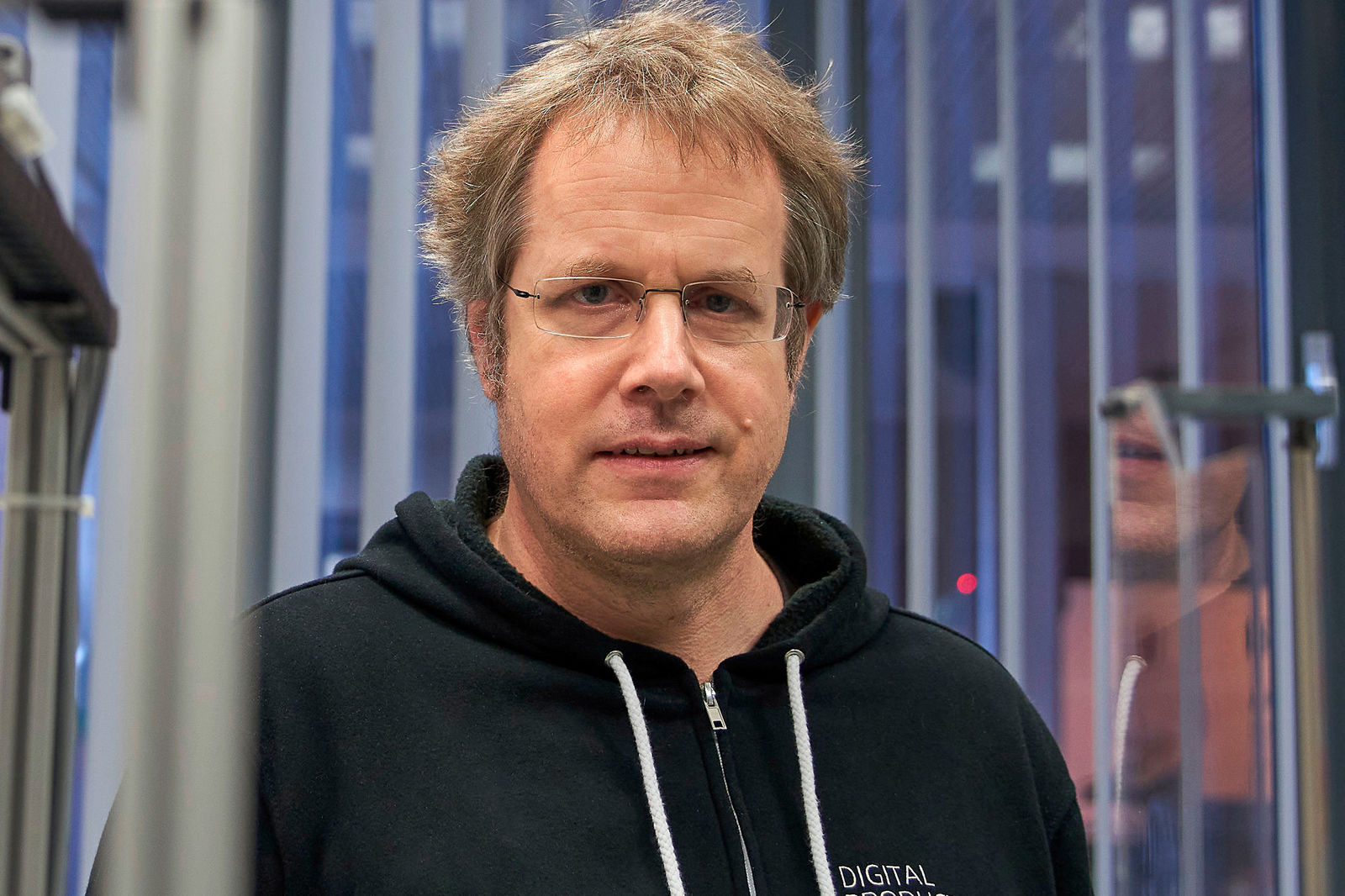 Dirk Voigt: “Despite the pandemic, we achieved our goals. The whole team was super involved.”

A quarter of a year after the Corona crisis began, the Hanover plant becomes part of the DPP. “That was proof that digital onboarding works. Just a few weeks before, I wouldn’t have thought it possible,” says Voigt. Over the course of the year, 13 more European factories from Zwickau to Mlada Boleslav are added. Before the end of the year, the team also connects the first North American plants belonging to the Volkswagen brand.

“Despite the pandemic, we achieved our goals. The entire team of employees from the central offices, IT and, above all, the plants, made a super contribution,” says Voigt. What makes this team special is that IT experts from Volkswagen are working closely with specialists from Amazon Web Services. Together with the US company, Volkswagen has been building the Industrial Cloud since 2019. Integration partner Siemens has also been involved since the very beginning.

In addition to pure onboarding, the team has also digitized the information for the factories and made it available in a self-service area. The advantage: Experts in the factories can independently test and expand the application possibilities. The practical application cases, so-called use-cases, are thus becoming more and more numerous. Examples include the optimized control of driverless transport systems in logistics and simulations for predictive maintenance of machines.

In the meantime, says Voigt, digital onboarding is more than a substitute – in terms of speed and flexibility, it is even superior to the previous process. One example: the so-called Maturity Check. At the start of every project, experts check whether a plant’s computer systems are ready for the cloud – or whether the IT infrastructure needs to be rebuilt before onboarding. “In the past, that tied up three people for three weeks. Today, we have developed processes in which we accompany plants through this process using digital methods. It’s also faster now. A lot of it has already been tried and tested,” says Voigt. In the online process, he adds, it is also easier to get reinforcements at short notice. “For example, if we need an additional expert for a training session, we bring them in for a few hours. No one has to go on a business trip for that.”

Digital onboarding not only makes it easier to set up the Industrial Cloud – it also helps protect the climate. For the integration of the Palmela plant alone, Dirk Voigt’s team took several business trips by plane – with CO2 emissions of around 17 tons. This environmental impact is now eliminated.

In 2021, the team plans to bring a large number of additional sites onto the platform. It is already clear that digital onboarding will remain the norm even after the pandemic is over. Voigt: “I’m happy when we can meet our colleagues at the sites again. But that will be much less frequent than before Corona.”

Info:
In the Corona pandemic, many departments are relying on online solutions that make Volkswagen a more digital and at the same time more sustainable company. Under the motto #WeStayDigital, we present selected examples. 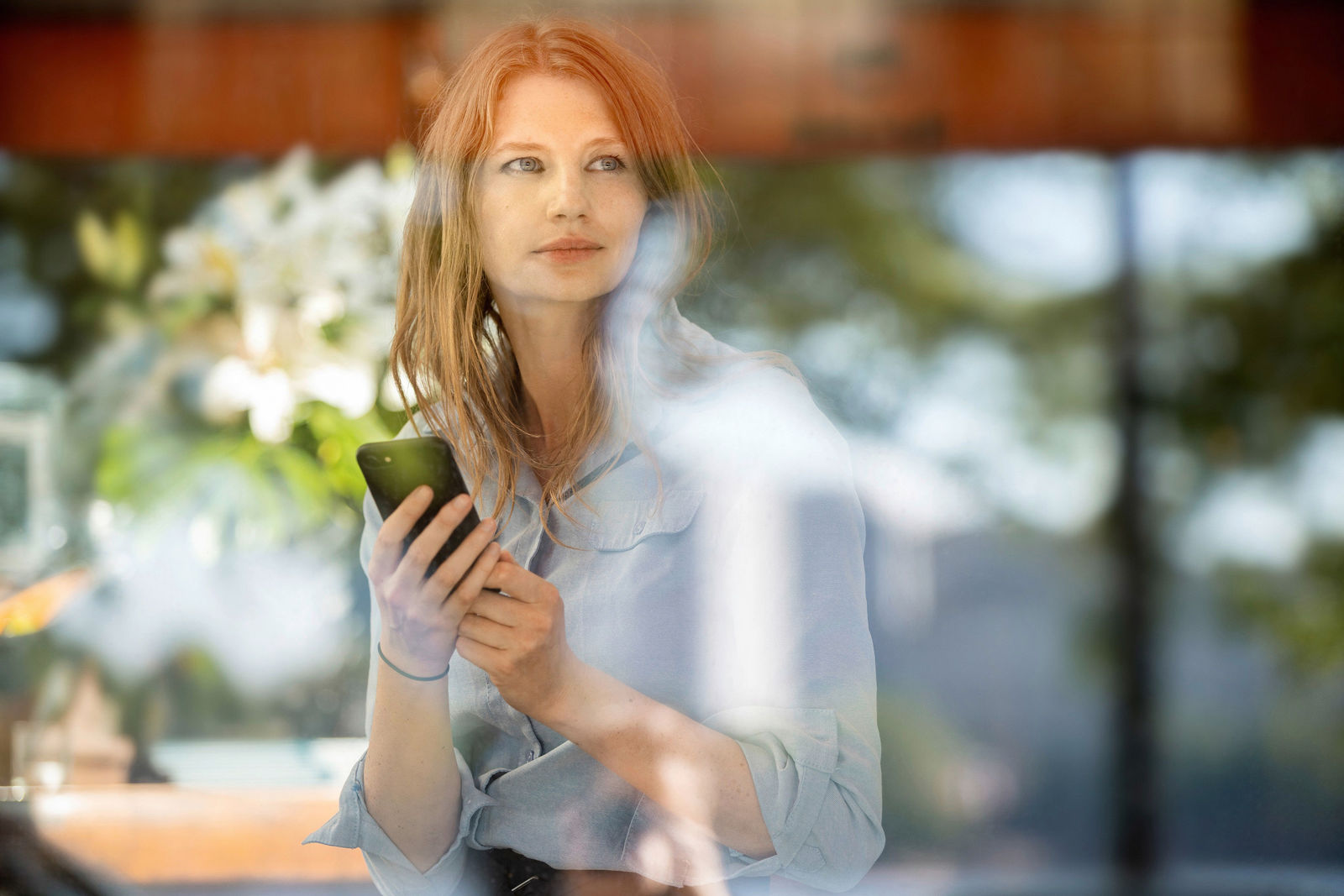