Approval drive with the all-electric ID. in South Africa: At the end of 2019, the first model based on the modular electric drive matrix (MEB) goes into production. The final testing phase has begun. 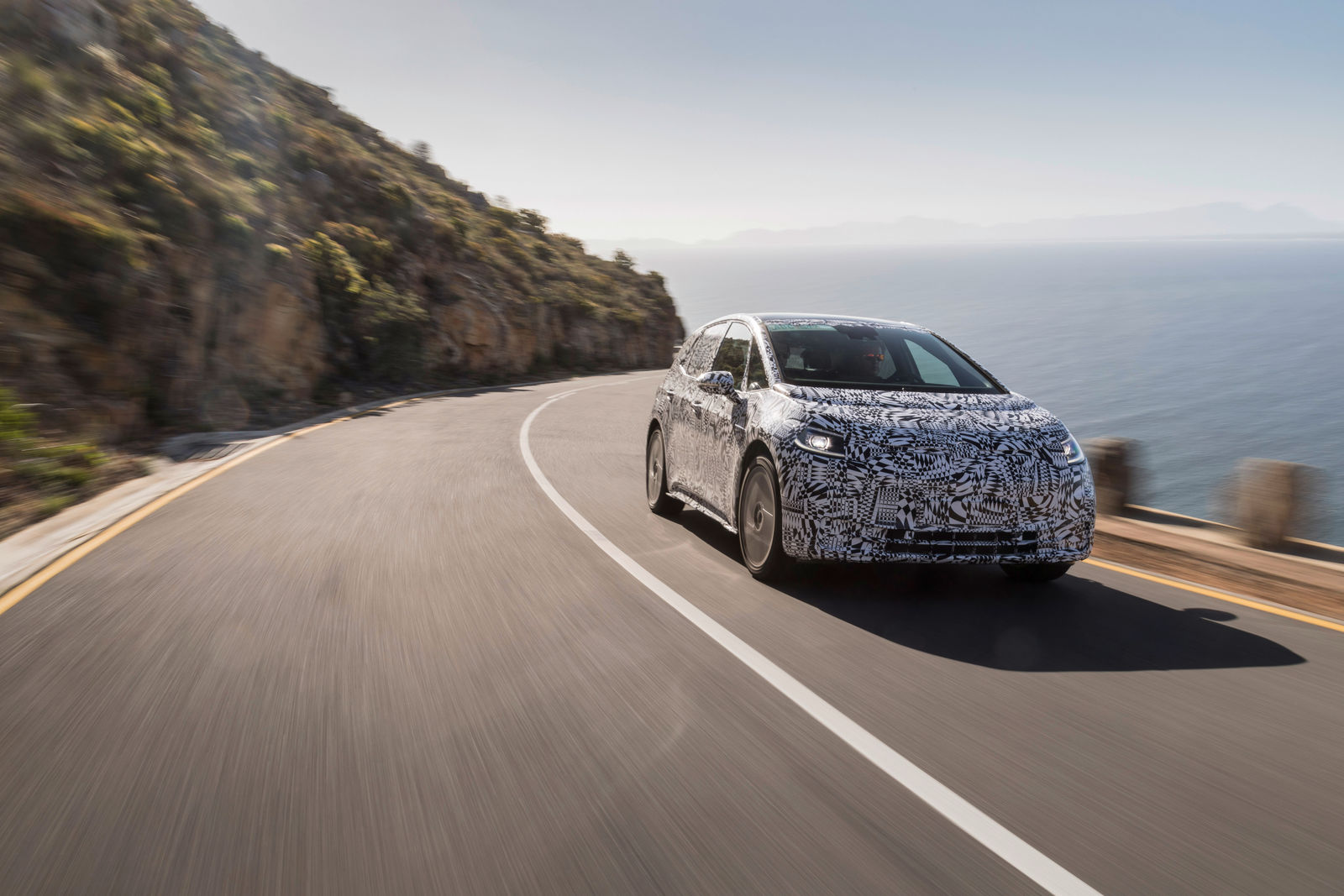 ID. on a coastal road near Cape Town.

The period leading up to Christmas is the main tourist season in South Africa. Tourists from all over the world ring out the year in Cape Town and its surrounds, basking in warm temperatures and enjoying the relaxed atmosphere. For Volkswagen's development team, the trip to Cape Town represents the final prototype testing phase for the ID.

Volkswagen is zealously planning to reinvent itself with the ID. family. The first model based on the modular electric drive matrix (MEB) will go into series production at the end of the coming year and then roll out to dealerships and customers at the beginning of 2020. Unlike the majority of its competitors, Volkswagen is not targeting one of the larger models to start, with successive shrinking then in electrified volume segments. Rather the company's plan is to launch its all-electric offensive at the heart of the brand with the ID. compact class model.

This winter is therefore critical for testing the new ID. and its siblings. VW Board Member for Development, Dr. Frank Welsch, and Head of E-mobility, Mr. Frank Bekemeier, are taking to the roads around Cape Town to test just under a dozen undercover prototypes. In addition to the future Golf generations, two ID. models cloaked in privacy film are the most important vehicles in the armada. 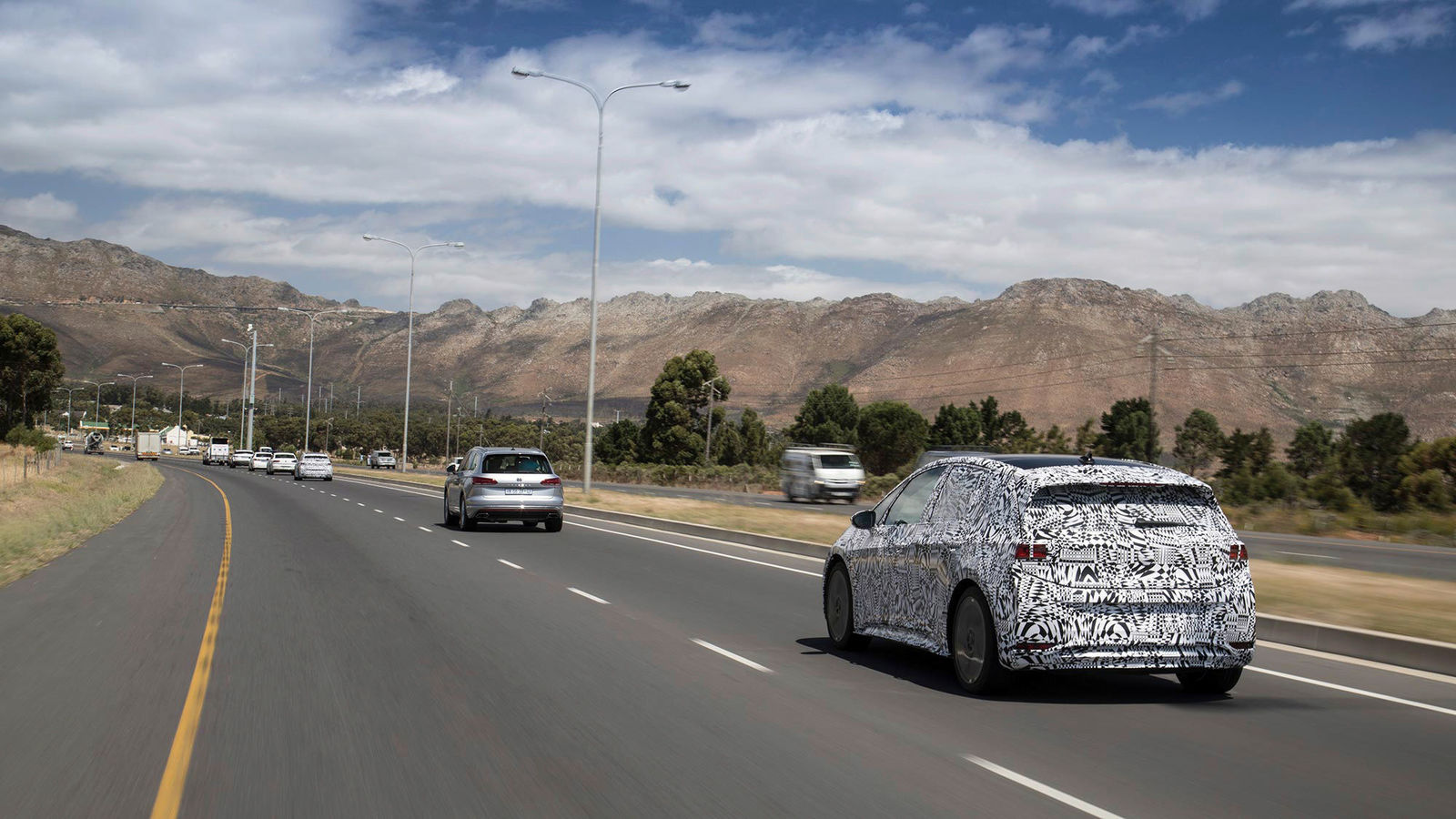 Almost a dozen camouflaged prototypes on the streets around Cape Town.

Welsch and Bekemeier scarcely have eyes for the magnificent backdrops on the R44 provincial route, which stretches from Hermanus to Cape Town. They and their colleagues are usually peering at measuring computers or listening to drive and background noises – again and again. “The two ID. models are early prototypes, with attention focusing primarily on the drive and air conditioning", says Welsch.

The aim with the test fleet is to stress-test the prototypes in Cape Town's city-center traffic in high temperatures and endless traffic jams – even if the weather is not exactly playing its part today and the traffic jams could also be worse. It rained earlier and the thermometer on the billboards is showing a temperature of just 18 degrees Celsius as the vehicles drive by. 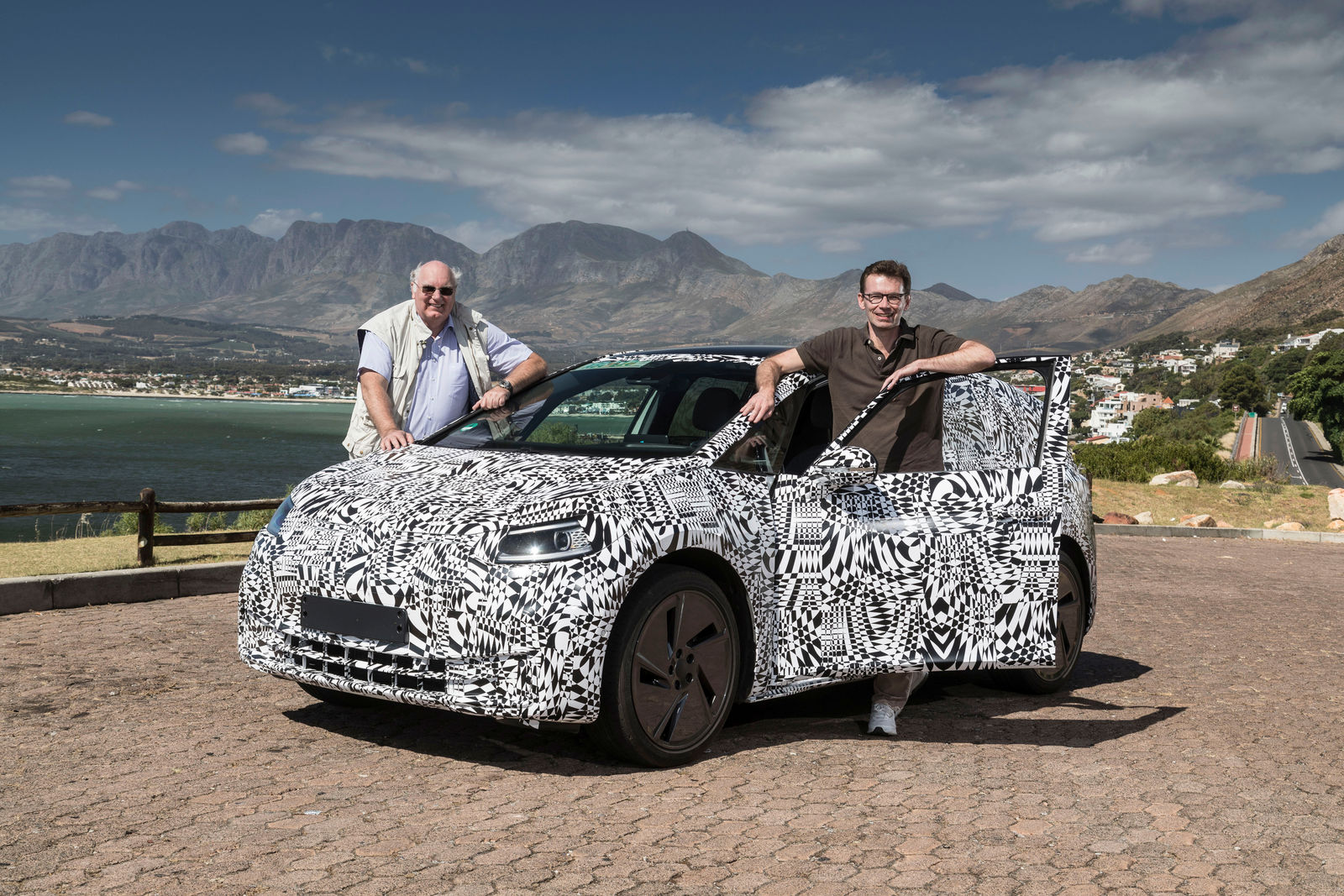 Dr. Frank Welsch, Member of the Board of Management for Volkswagen Brand Development (right), and Frank Bekemeier, Head of E-Mobility Development for the Volkswagen brand.

Everything is on track

Frank Welsch is a lot more interested in the temperature sensor in the new battery unit, which is installed flush between the axles in the first of the two prototypes. Everything is on track, the temperature windows are good and the battery range at not even half full is still showing almost 200 kilometers. The automatic A/C is also coping well and supplying the vehicle interior with pleasantly cooled air.

The testers have to make a big detour around the tourist spots, since the top-secret prototypes are more conspicuous in Cape Town and on the scenic roads than further afield in Hermanus or in the direction of Cape Agulhas. Most tourists, however, are so captivated by the spectacular nature and magnificent views of Cape Town and surrounds that the test cars from Wolfsburg drive by unnoticed for the most part. The test program is tightly packed – from early morning to late evening. 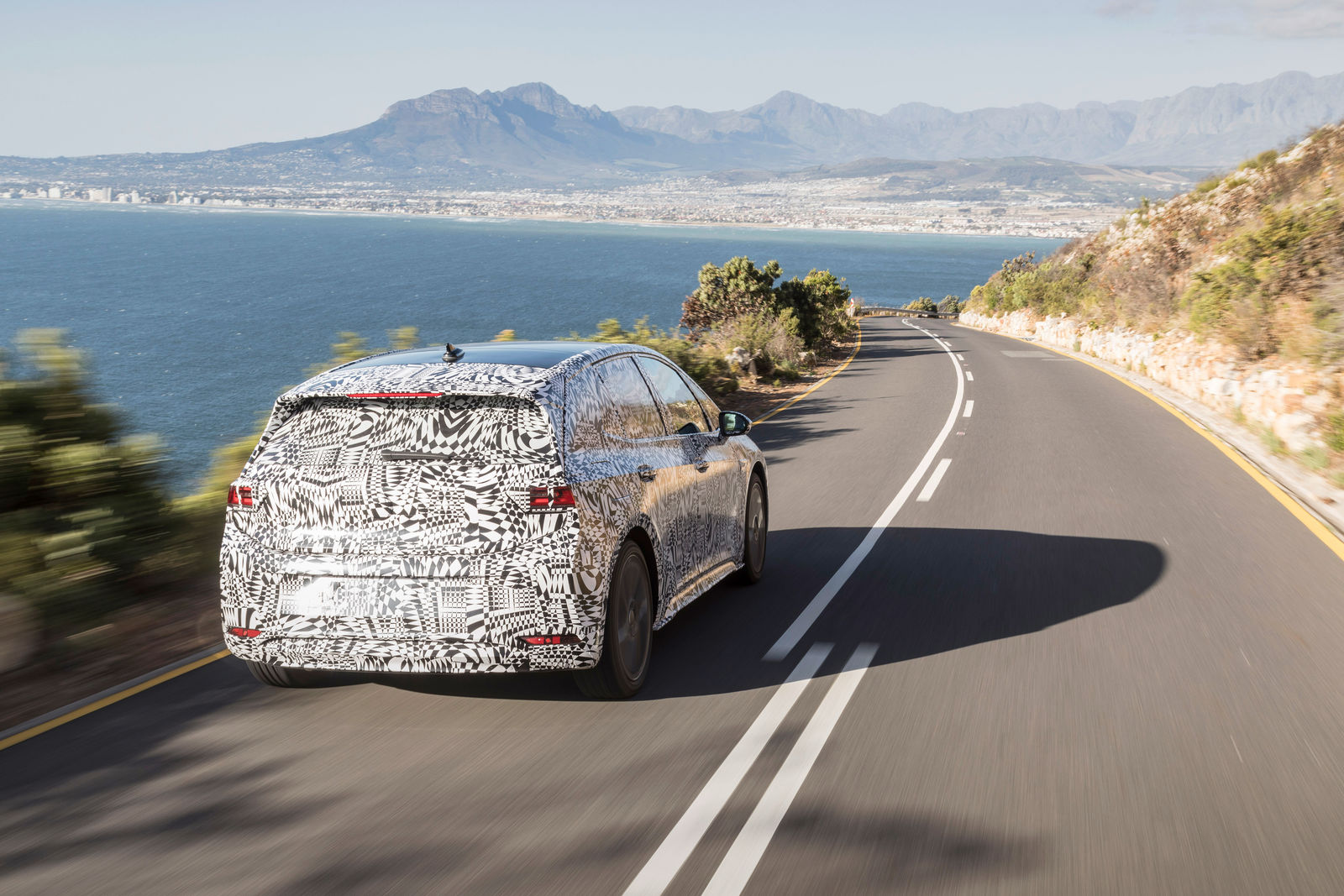 Test drive around the Cape with magnificent views.

Again and again, the vehicles start, brake, start again, accelerate on steep hills – and then do the same all over again. Frank Bekemeier's team of test engineers already noticed on the way out of Cape Town that one of the two ID. prototypes experiences a slight dip in performance after starting. "We will need to make some improvements to the electronics. In general though, I am satisfied with the condition of the two cars", says Welsch.

Tests more intensive than with a combustion engine

The Volkswagen ID. is the first model based on our new electric platform, the modular electric drive matrix (MEB). "As such we have no other experience to fall back on", explains head developer Frank Bekemeier, "we therefore have to conduct certain tests more intensively than with a combustion engine."

More than one year before the market launch, the prototype of the ID. is already driving extremely well. Despite the generously dimensioned 20-inch wheel set, the five-door rolls surprisingly comfortably over the often uneven streets, and the driving noises, which are negligible in any case, are swallowed up to a large extent. The steering comes across as decidedly smooth, but according to Frank Welsch needs to be more responsive in order to intensify the driving experience. 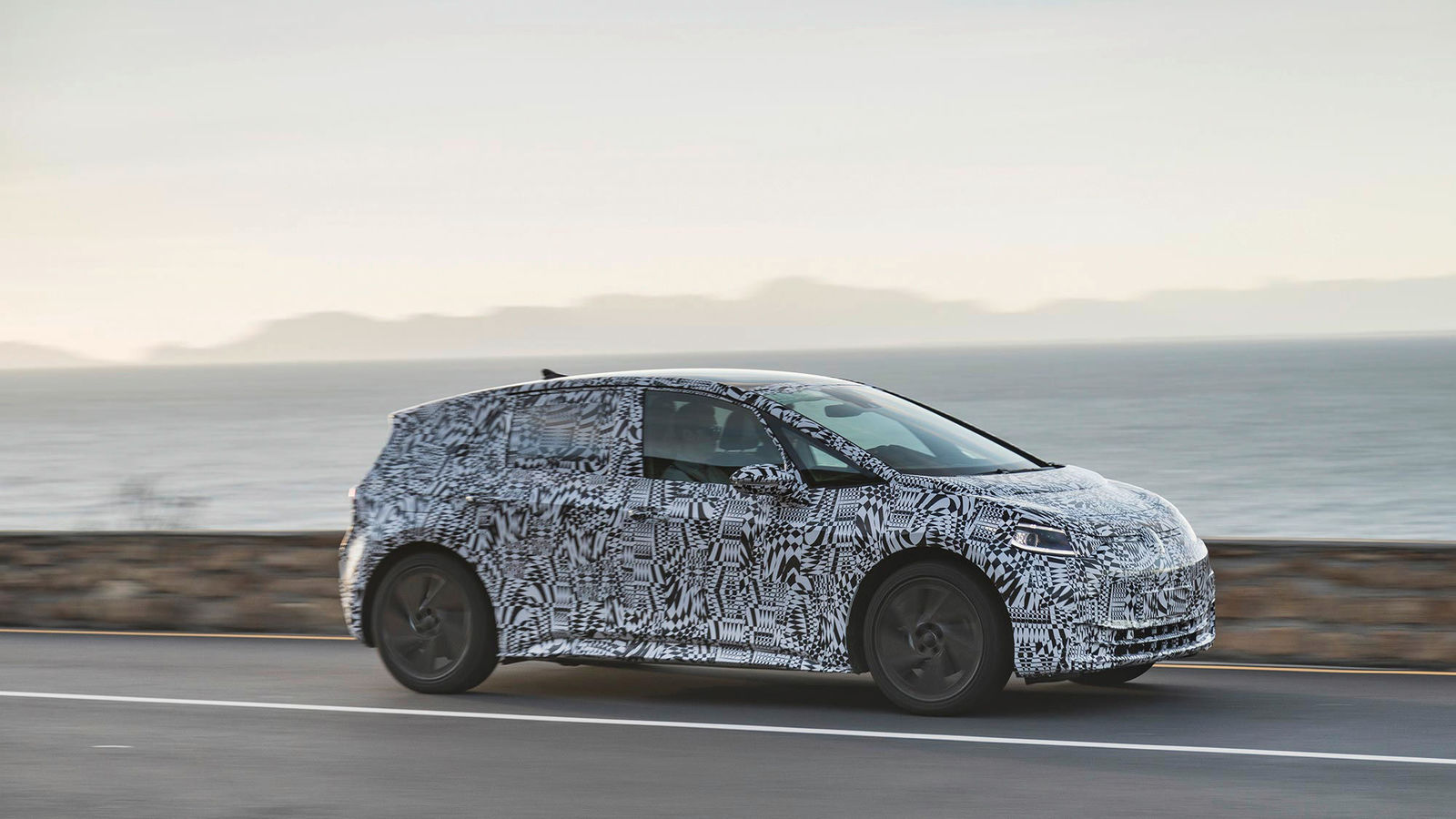 The electric engine delivers its maximum torque of more than 300 Nm at every speed.

The low center of gravity also impressed in the test drives, pleasantly proving its worth not only on the swiftly maneuvered series of bends. The electric engine delivers its maximum torque of more than 300 Nm at every speed, making the small, short bursts of speed on the twisty R44 really fun. And practical for city life too – the Volkswagen ID. has a turning radius of less than ten meters.

A model for completely new customers

The new platform will allow Volkswagen to not only launch one or two models on the market, rather an entire family of electric models in swift succession. As an electrical counterpart to the Golf, the ID. is just the beginning. Not only is the aim that sedans, SUVs and vans like the ID. BUZZ will give Volkswagen a completely new image but also attract completely new customers. A debriefing is performed for each vehicle at the next stop in a remote parking lot. Black camouflage is first placed over the instrument panel as with every other stop. The instrument panel behind the new steering wheel is to remain as secret as the head-up display and the large central monitor, which is used to control the most important functions of the ID. The part of the route to Muizenberg Beach takes the fleet past beach goers, joggers and tourists. The winding scenic loop takes the testers over the legendary Chapman’s Peak Drive and Camps Bay at the foot of Table Mountain, back to Cape Town and then on again in the direction of Hermanus. 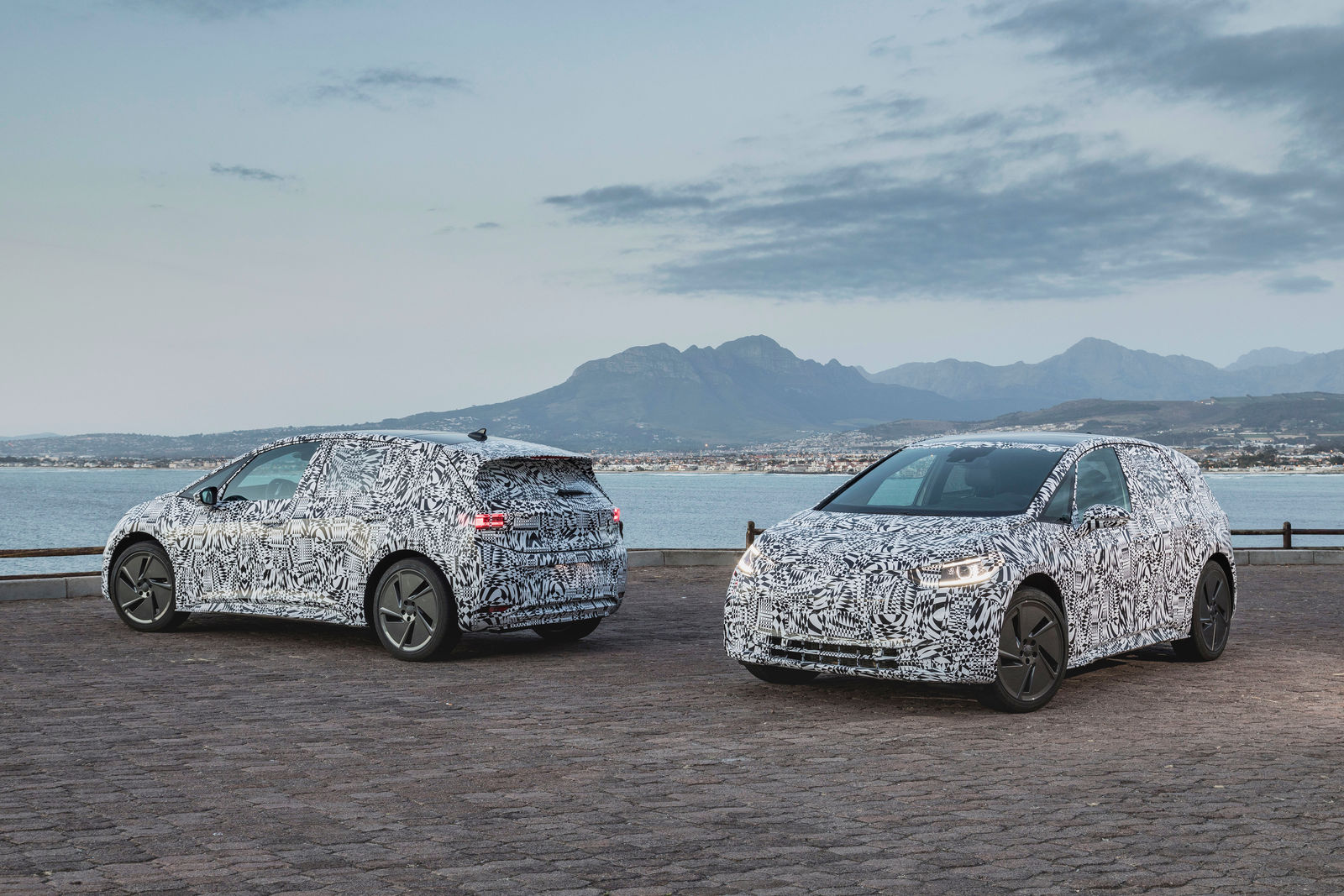 At some ten kilometers in length, Chapman’s Peak Drive is one of the major tourist attractions in South Africa aside from its national parks. The mountain section between Hout Bay and Noordhoek with its many bends and turns was closed for a couple of years after various landslides. Since public money was not available, the Peak Drive was leased out for 30 years to private investors, who overhauled the route to the benefit now also of the Volkswagen testers. On the steep ascents and descents, it is not just the electric models that have to prove that the applications are the right fit. There is still more work to be done before the ID. will herald a new era for Volkswagen. 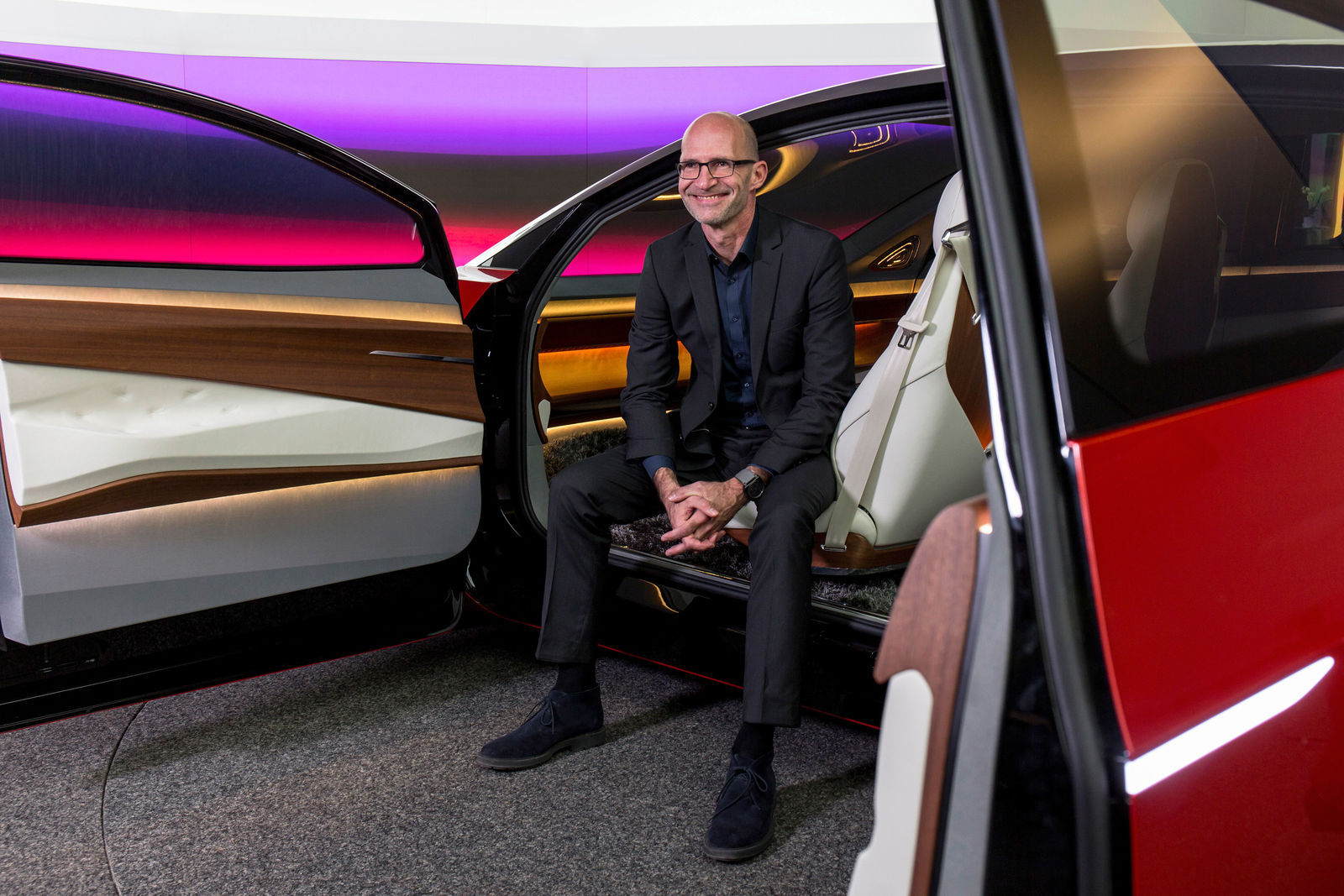 Interview with head of design