Battery-powered or hydrogen-powered electric cars? In Germany, this controversy never seems to come to an end. But the facts are clear. We explain the significant advantages of the electric drive over the fuel cell according to latest research. And why Volkswagen’s decision to push e-mobility forward is absolutely right. 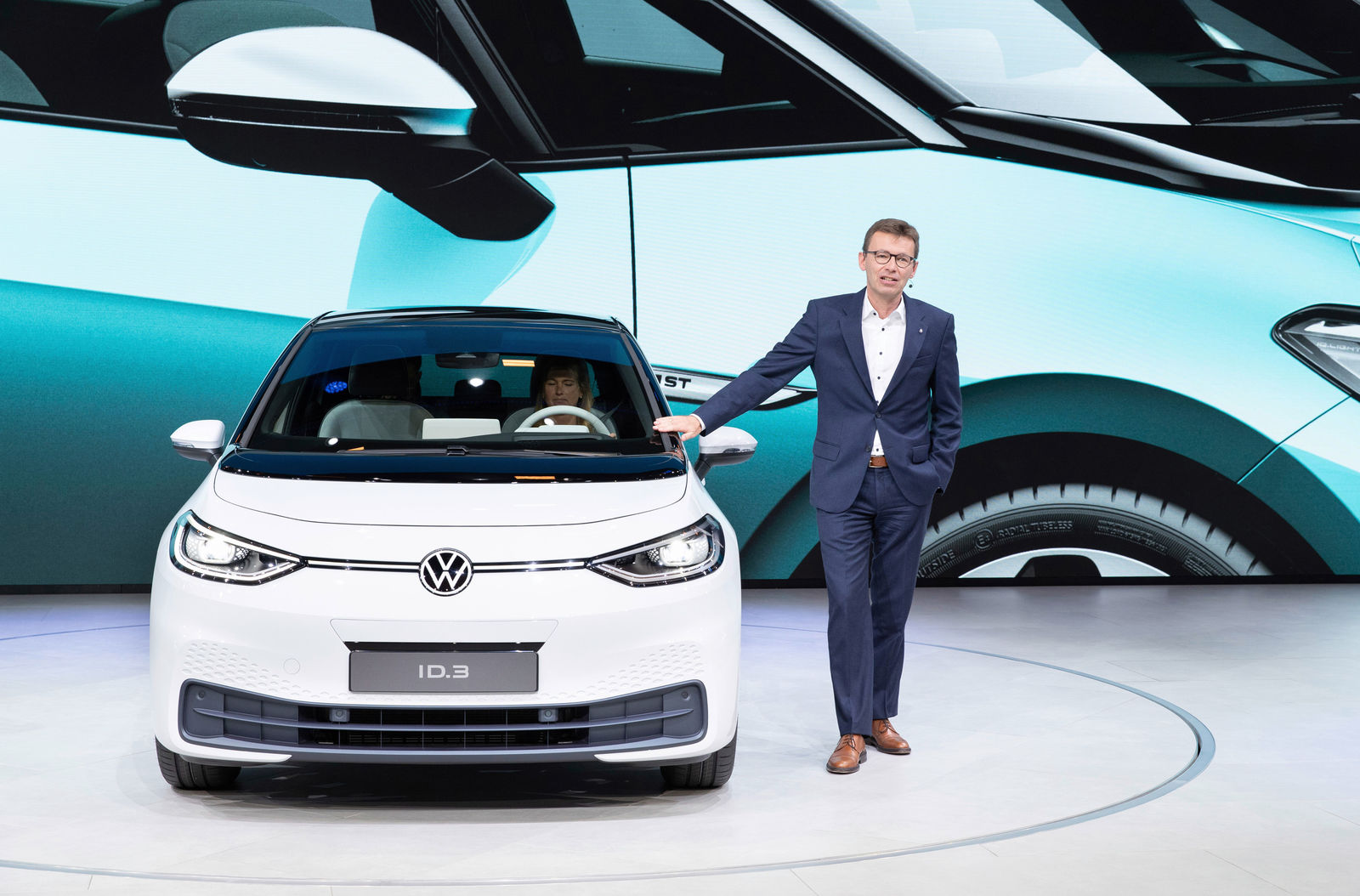 „If we want to take the mobility turnaround and
the environmental goals seriously, we must
focus on the battery-electric drive. Everything
else is a waste of the limited regenerative energy."
(Frank Welsch to the German daily “Handelsblatt")

At least since the Volkswagen ID.3 celebrated its production launch in Zwickau and thus heralded a new era of electric mobility at Volkswagen, the question has been discussed among politicians and experts, in the media and in social forums: Is Volkswagen's decision to promote electromobility decisively and consistently the right one? Or should Europe's larger automakers not focus more on alternative drive technologies, above all hydrogen-based fuel cell technology? 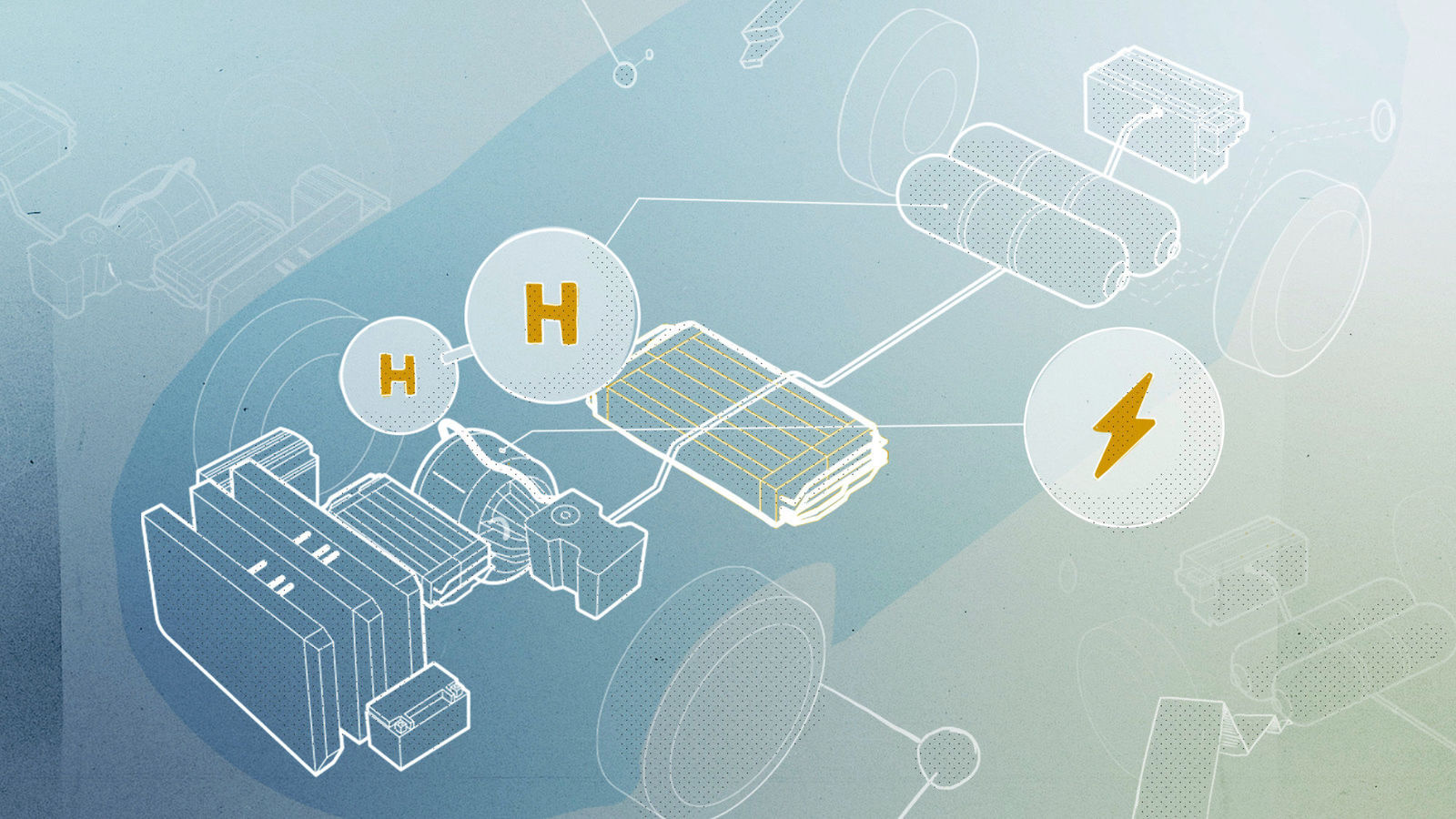 The Volkswagen Group's decision is clear: as a large volume manufacturer, it is focusing on battery-powered electric cars for the masses - even though Volkswagen Group Research is continuing to explore fuel cell technology and Audi, for example, has announced a small-scale hydrogen-powered vehicle for 2021. The turnaround in mobility, however, must take place in large volumes - for the sake of climate protection and the Paris agreements alone. In just a few years, Volkswagen intends to sell more than one million electric vehicles a year. 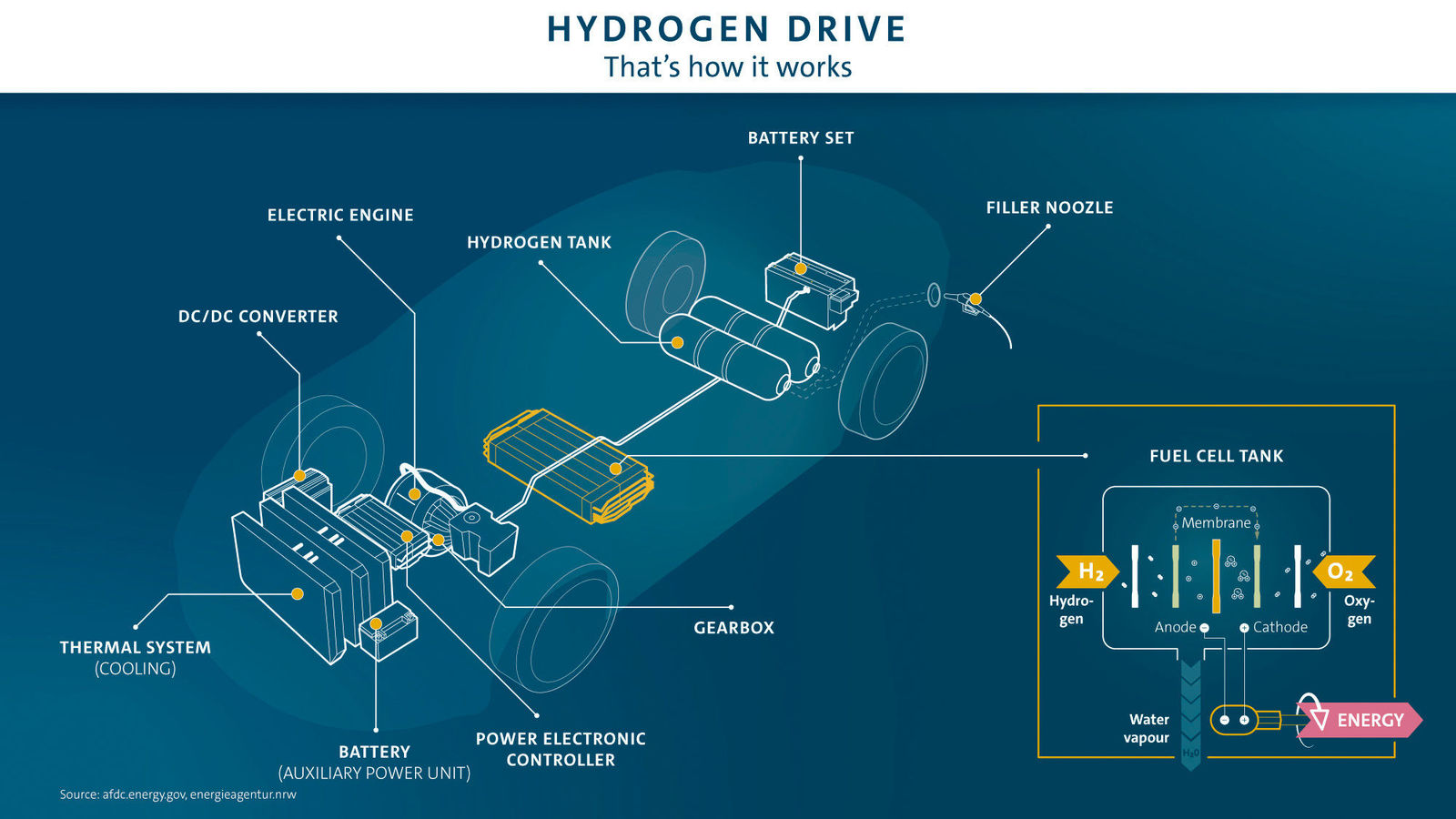 The current facts prove Volkswagen right. Prof. Maximilian Fichtner, Dep. Director of the Helmholtz Institute Ulm for Electrochemical Energy Storage and designated expert in hydrogen research, lately told the German weekly magazine "Wirtschaftswoche", the "very poor energy efficiency well-to-wheel" of the fuel cell car make sure that battery-powered e-cars "order a multiple of more efficient ". Fichtner continues: "I'm not against hydrogen as an energy storage medium at all. We just should make use of it where it makes sense – and that's not in the car, but in the stationary area. "

Volker Quaschning, Professor for Regenerative Energy Systems at HTW University, Berlin, also shares this assessment. According to Quaschning, numerous countries would be dependent on the import of regenerative hydrogen to produce hydrogen cars in large quantities, which would hardly be feasible in the near future. Furthermore, the hydrogen solution is "ultimately also more expensive than the battery version due to the high energy losses". The carbon footprint of both vehicle variants, on the other hand, "hardly differs in the end. Quaschning's conclusion: Hydrogen will very probably be used "above all in vehicles with high daily driving performance". "The normal car for average applications will very probably be a battery car in the future. There are no environmental disadvantages as a result".

Fichtner's and Quaschning’s assessments coincide with the results of the study "Automotive Industry 2035 - Forecasts for the Future", in which management consultants Horváth & Partners recently examined in detail whether battery-powered or hydrogen-powered electric cars will prevail in the future. The study was carried out over six months, accompanied by 80 people/interview partners and financed by the management consultancy itself. “The main reason for our survey was that Horváth & Partners serves many clients in the automotive supply industry. They naturally want to know what to expect in the next 10 to 15 years,” says Dietmar Voggenreiter, head of the study.

The study first analyses the reasons for the purchase. Why should customers switch to e-cars? The most likely scenario at the moment is a two-phase model, according to the study: the push-phase and the subsequent pull-phase. 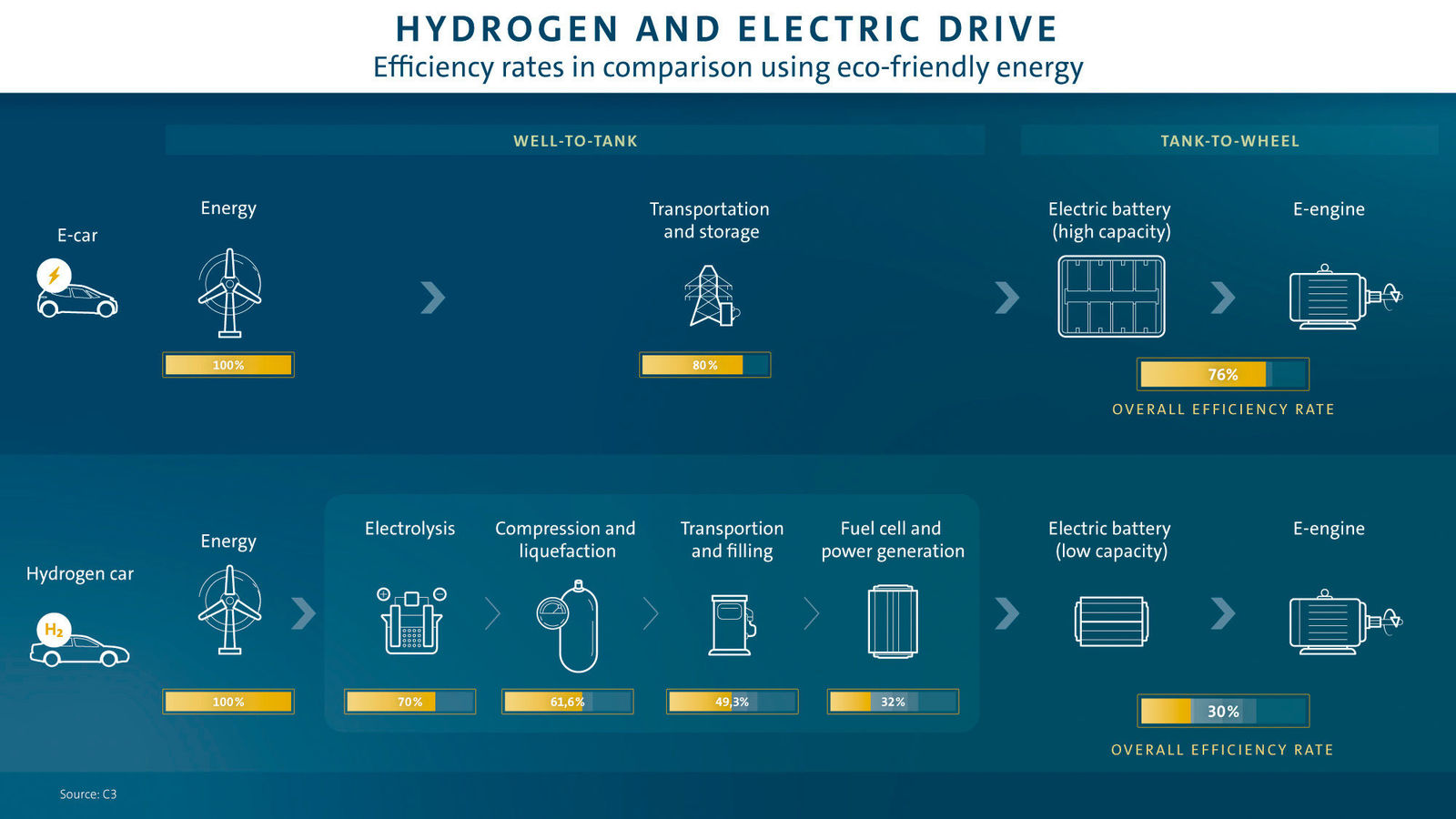 In the push-phase from today to 2023/2025, manufacturers will push e-mobility. The main reasons for this are the strict CO2 standards. Added to this are the initially high investment costs. Both of these factors mean that purchase incentives must be set in order to bring e-cars onto the market. In the subsequent pull phase until 2030 and above all until 2035, e-cars will also become more financially interesting for customers.

The introduction of the Euro 7 standard will make combustion engines more expensive, and the purchase price delta will drop. This development is also reinforced by the fact that a CO2 tax – however that will look in detail – will make fossil fuels even more expensive.

At the same time, many customers experience the consumption cost advantage compared to petrol and diesel as very positive (stronger in countries with lower electricity prices than in Germany). This cost advantage is supplemented by lower service costs: because the e-car has fewer service-relevant components such as oil and petrol filters than a combustion engine, less maintenance and repair is required. And: the costs for oil and lubricant changes are completely eliminated.

Depending on the model, the study shows that fuel costs are about 400 to 600 euros lower and service costs between 200 and 400 euros lower annually. A price advantage of 600 to 1,000 euros in just twelve months is very interesting for consumers. Voggenreiter: “There will come a time, and quite quickly, when rational reasons will trigger major economies of scale in e-mobility.” 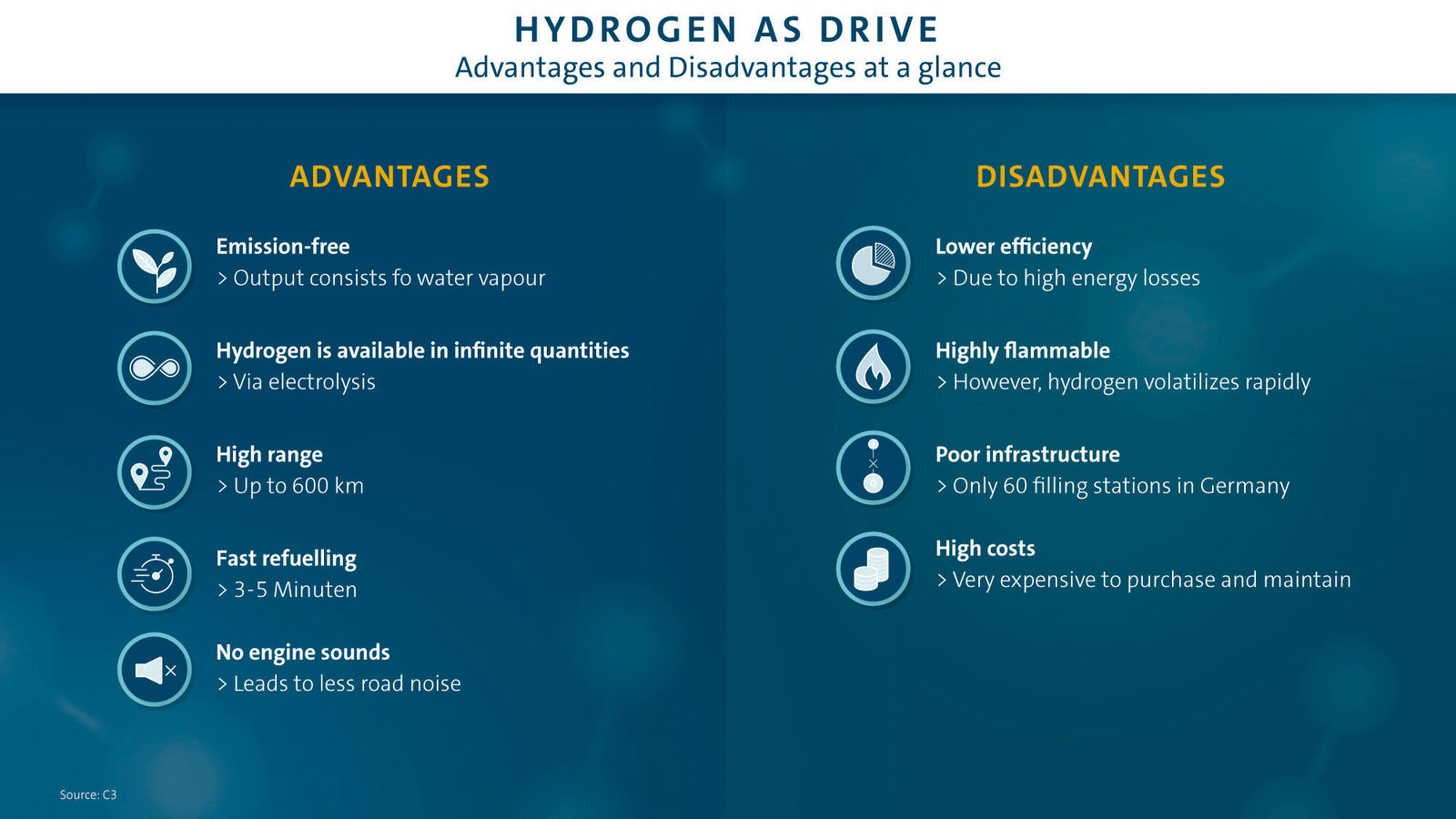 But then there are the emotional issues: Fear of range anxiety and fast charging. The authors of the study are convinced that both of these issues will be solved and will no longer inhibit the expansion of e-cars in the pull phase from 2023/2025. The ranges will increase, more charging points, including fast charging points, will minimize the fear of becoming stranded. Finally, there is the discussion about the actual CO2 savings: Because the electricity used to produce e-cars is still “dirty”, at least not green everywhere, an e-car today has a comparatively large “rucksack” when it is produced. Studies calculate that it only saves more CO2 than a combustion engine after more than 100,000 kilometers in total (production and operation). According to the study, this, too, will change in favor of electric cars over the next few years: more green electricity in the production of electric cars and batteries will gradually make this “initial backpack” smaller, and the electric car will save more CO2, more quickly. Horváth & Partners have also confronted the criticism of many hydrogen advocates that the so-called dark lull in battery operation should be taken into account. Dark lull means the time when electricity cannot be generated due to darkness and/or calm. For this purpose, the primary energy requirement of the battery was added to the corresponding additional requirement.

The most interesting part of the study remains: Which energy has the best efficiency and is the most cost-effective for driving e-cars? Battery or hydrogen operation?

With battery-powered e-cars, only eight percent of the energy is lost during transport before the electricity is stored in the batteries of the vehicles. When the electrical energy used to drive the electric motor is converted, another 18 percent is lost. This gives the battery-operated electric car an efficiency level of between 70 to 80 percent, depending on the model.

With the hydrogen-powered electric car, the losses are significantly greater: 45 percent of the energy is already lost during the production of hydrogen through electrolysis. Of this remaining 55 percent of the original energy, another 55 percent is lost when hydrogen is converted into electricity in the vehicle. This means that the hydrogen-powered electric car only achieves an efficiency of between 25 to 35 percent, depending on the model. For the sake of completeness: when alternative fuels are burned, the efficiency is even worse: only 10 to 20 percent overall efficiency.

“In addition to the very real potential of green hydrogen, there is currently a dangerous hype,” warn experts from the management consultancy Boston Consulting Group (BCG) in a new study quoted by the Handelsblatt. The Horváth&/Partners study also comes to the same conclusions.

Instead of spending billions on the vision of a hydrogen society, the study authors concluded that investments in this promising technology should concentrate on applications in which they also make economic sense. “We believe that there is great potential if green hydrogen is promoted in applications in which it can really become established in the long term. Above all in industry, but also in heavy goods, air and sea traffic,” says Frank Klose, co-author of the study.

The conclusion is clear:
fuel cell e-cars have many advantages (range, fast refueling, no heavy battery on board), but one decisive disadvantage: it is comparatively inefficient – both in terms of efficiency and cost. “No sustainable economy can afford to use twice as much renewable energy to drive fuel cell cars instead of battery-powered vehicles,” says Dietmar Voggenreiter, head of the study. Hydrogen could only be used in niches, in trucks and buses, and over long distances. Battery weight, range and fueling time play a decisive role here. It increases extremely with increasing capacity, which makes batteries uninteresting even for trucks. In addition, existing truck filling stations could be converted to a hydrogen filling station network with manageable effort due to their lower numbers.

This should make it clear what the majority of consumers will be buying in the future ....

Horváth&Partners have even taken on board the criticism of many hydrogen advocates that the so-called dark lull period should be taken into account. Dark lull means the time when electricity cannot be generated due to darkness and/or calm conditions. For this purpose, the primary energy requirement of the battery was added to the corresponding additional requirement.

Sorry, German only:
Check the interview with Prof.Maximilian Fichtner with German weekly „Wirtschaftswoche“ from 5th of November 2019 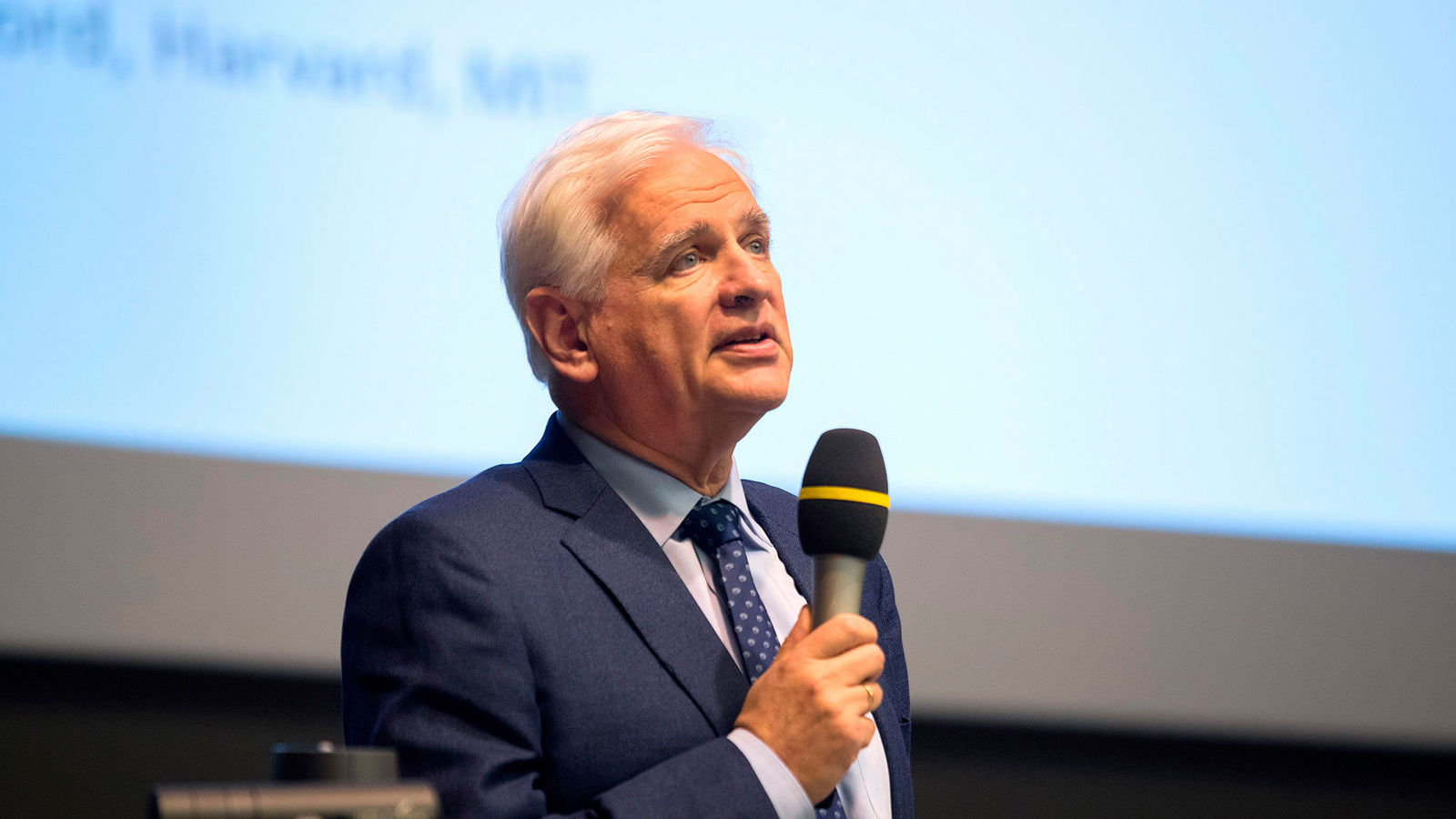 More: e-mobility is the key element