Tailor-made for the USA 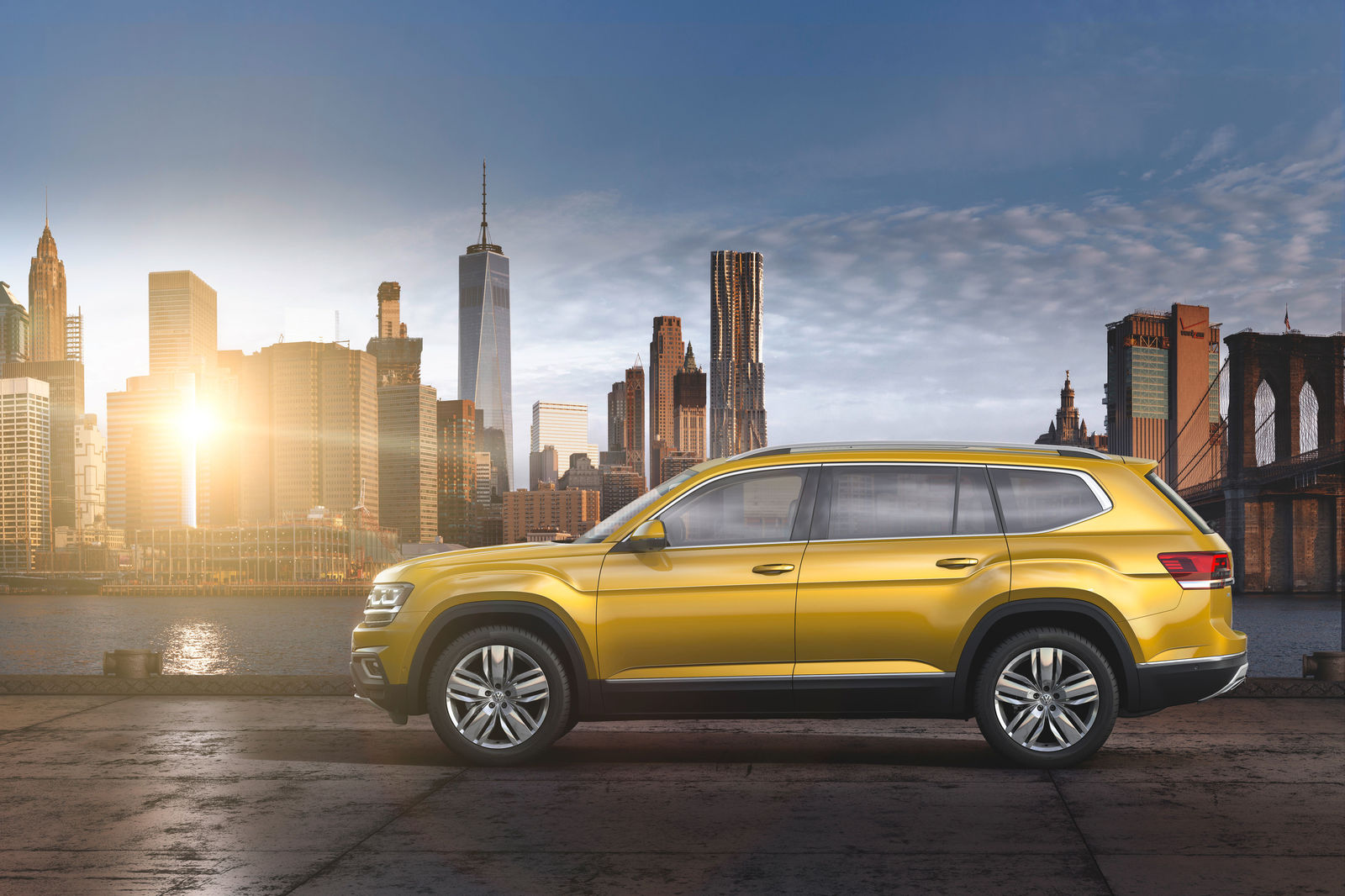 American customers prefer plenty of space in their vehicles, just like the Atlas here has.

Customers in America like to have plenty of space in their vehicles. This is also true of the luggage compartment. And because the pickup truck is a vehicle that makes even large objects really easy to transport, there’s lots of Americans who are downright crazy about them. And it’s not just out in the wide open spaces that these commercial vehicles with an open truck bed help many people enjoy life to the full. There are a lot of people driving about in these distinctive trucks in cities as well.

However, the pickup truck now has some new competition. Today, four of the ten best-selling vehicles in the USA are compact SUVs. While two pickup trucks have claimed the top spot on the bestseller list, the third spot has now been taken by an SUV. These all-rounders, much loved all over the world, are also proving to be increasingly popular among Americans, with almost half of all new vehicles coming from this segment. 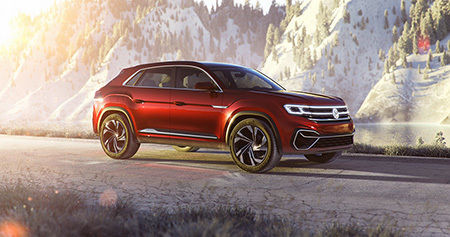 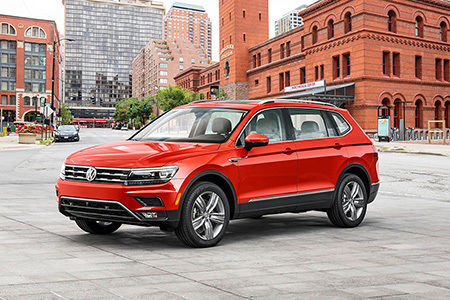 The second SUV developed for the USA
Volkswagen intends to draw substantial profits from this trend. This is why the Brand provided an outlook of the second SUV to be specifically developed for North America at the New York Auto Show by presenting a show car – the five-seater Atlas. The concept car, which is very close to series production, is part of the global SUV campaign and therefore a component of the TRANSFORM 2025+ strategy. This campaign has meanwhile seen off-road vehicles become a key driver of growth at the Brand. By 2020, Volkswagen will have 19 SUV models available worldwide in all different sizes – from the Polo to the Atlas.

The trend clearly points to SUVs
The version that was recently showcased is aiming to conquer a segment that is currently growing particularly quickly in the USA. The sales of compact SUVs (for example, the Tiguan with an extended wheelbase) increased by eight percent over the first two months of the year, with sales of mid-size SUVs (such as the Atlas) increasing by just under five percent. More and more customers in the USA prefer the high seat position and the comfort of the off-road vehicle to that of a saloon. While the latter still account for the second-largest vehicle segment in the USA, sales volumes and the share of notchback models are currently in decline. The trend clearly points to SUVs.

Volkswagen first launched the Atlas on the North American market last year. As is the objective of the regionalisation strategy announced by the Chairman of the Board of Management, Herbert Diess, the Atlas specifically caters to the preferences of US customers. New Volkswagen models are increasingly being developed and produced directly in the regions in which they are to enter the market. After all, local designers and developers know best what customers there expect from a vehicle.

An SUV that caters to the tastes of US customers
The generous dimensions of the Atlas, and its engine specifications, both aim to fully cater to American tastes. Moreover, it is also produced locally: it is rolling off the production lines at the Volkswagen plant opened in Chattanooga, Tennessee in 2011. And that’s something else that Americans like. Since being launched, 36,000 units of this off-road vehicle have been sold in the USA alone.

The factors driving the Atlas’ popularity are now being consolidated by Volkswagen with a five-seater version. It too originates from Chattanooga, and after the Passat and the aforementioned Atlas, it is therefore the third model to be produced in Chattanooga. This second version of the Atlas to emerge within such as short time highlights the potential that this model offers. The Brand invested US$ 340 million in the production of the five-seater sister model, which comes on top of the $ 900 million that has already been channelled into the production of the first version of the Atlas. 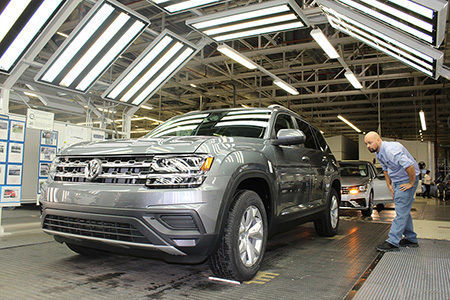 Made in America for America: the Atlas is produced in the Chattanooga plant in the state of Tennessee. 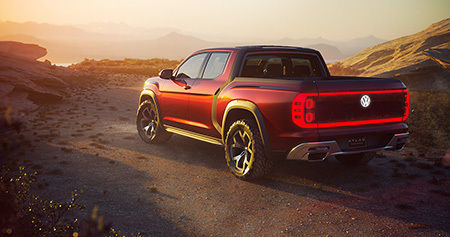 The five-seater that was recently showcased in New York makes a sportier and more compact impression than the seven-seater Atlas. Its appearance is dominated by its powerful silhouette. The angle of the C-pillar has been increased, thereby lending the vehicle a particularly dynamic appearance in comparison to the seven-seater version. The latest driver assist systems also help make the new model more attractive, along with a running gear designed for comfort and the eight-speed automatic transmission – all features that cater to the tastes of the US customers.

A concept car presents Volkswagen’s ideas for a pickup truck
They might be buying more and more SUVs – but the Americans’ love of their pickup trucks will never wane. This type of vehicle body accounts for the highest growth rates after the SUV. The second sensation that Volkswagen presented in New York was a picture-perfect concept car for a pickup truck built on the same basis as the Atlas. While there has been no decision in favour of a quick production launch of what will be the third model on one and the same MQB basis, the vehicle certainly demonstrates what the Brand is capable of. It also sends a strong signal to US customers that Volkswagen is back. In February alone, Volkswagen vehicle sales increased by six percent there. This means that its sales figures grew considerably better than the overall market – and better than most competitors.
Images (5) 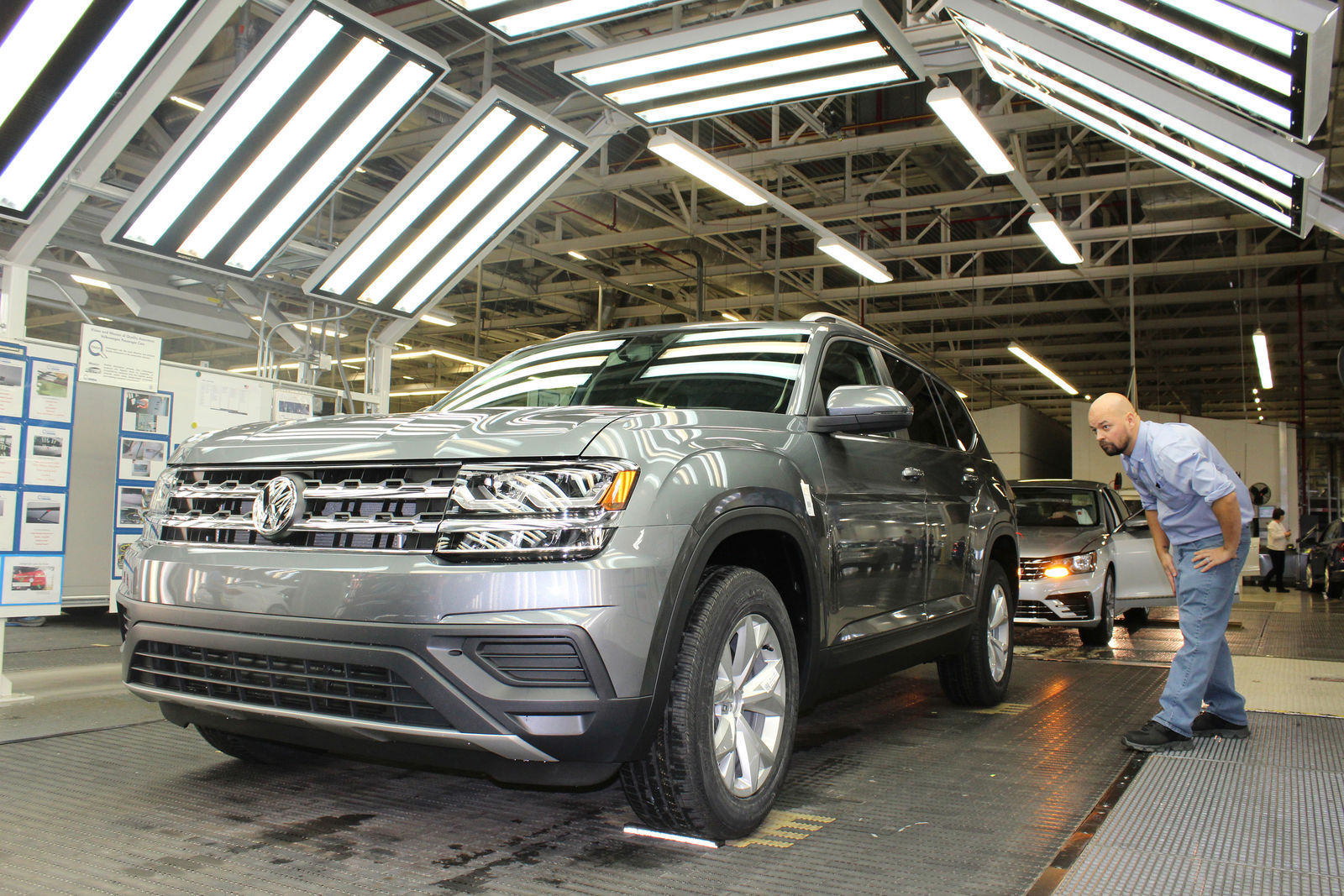 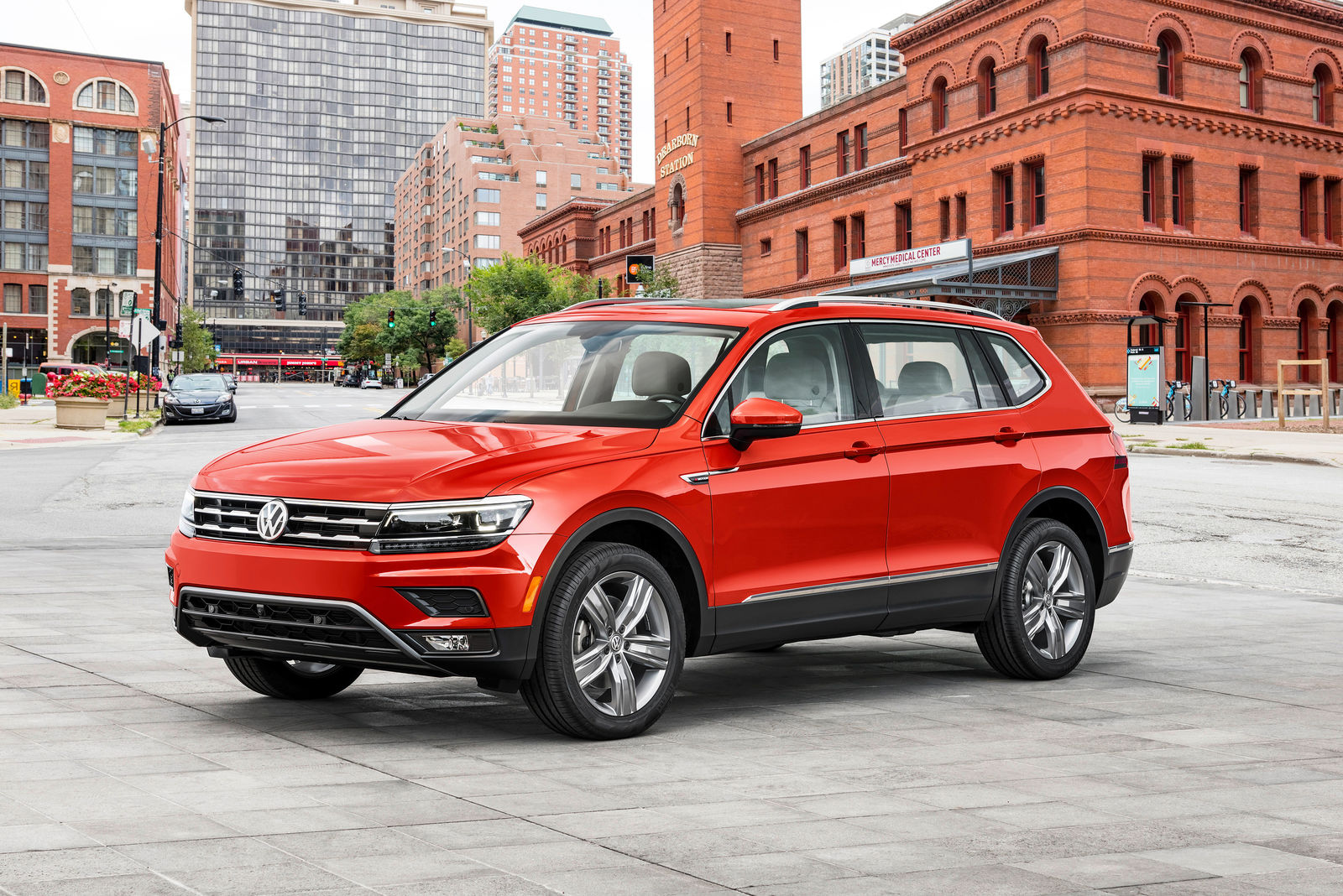 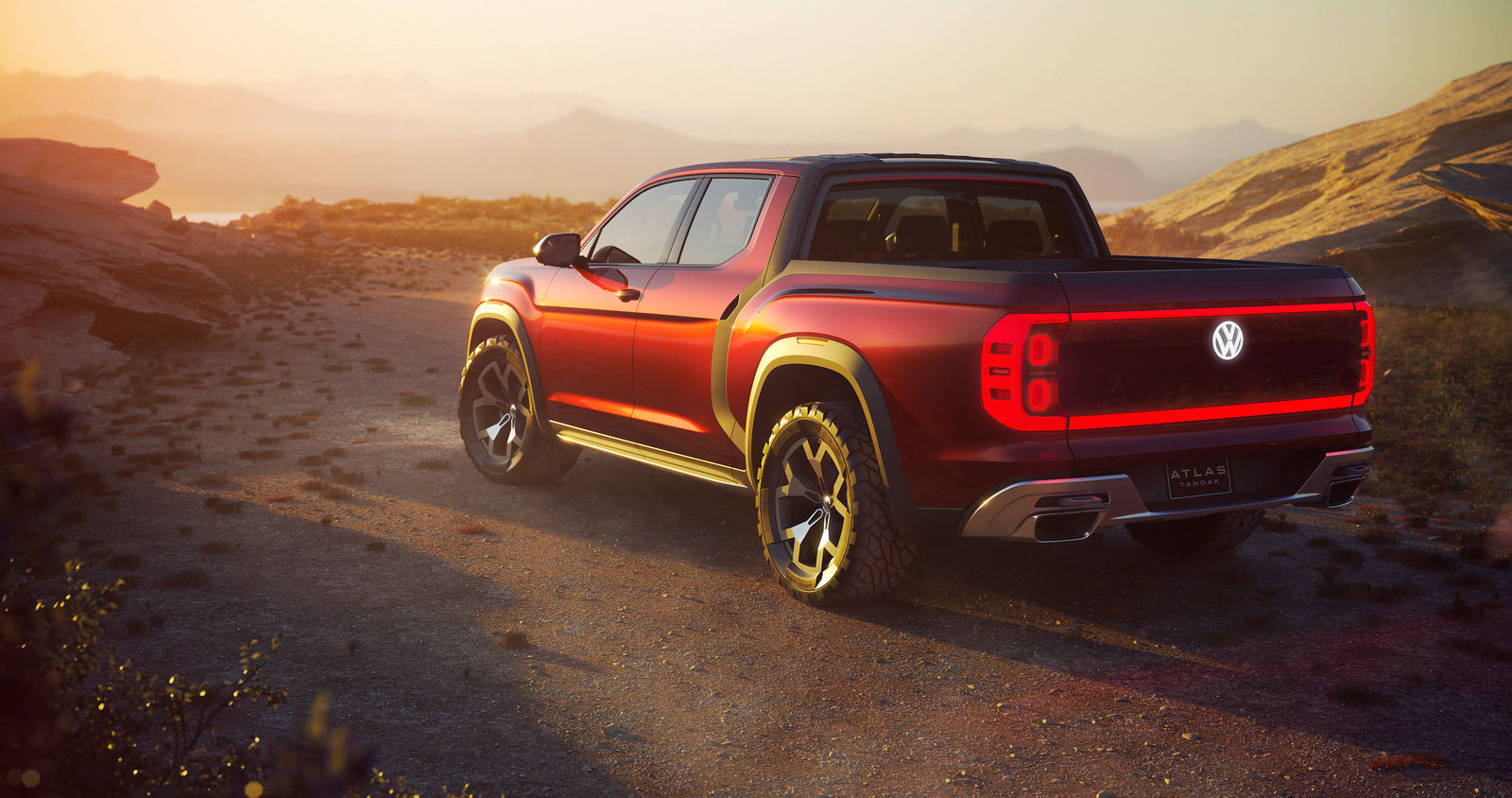 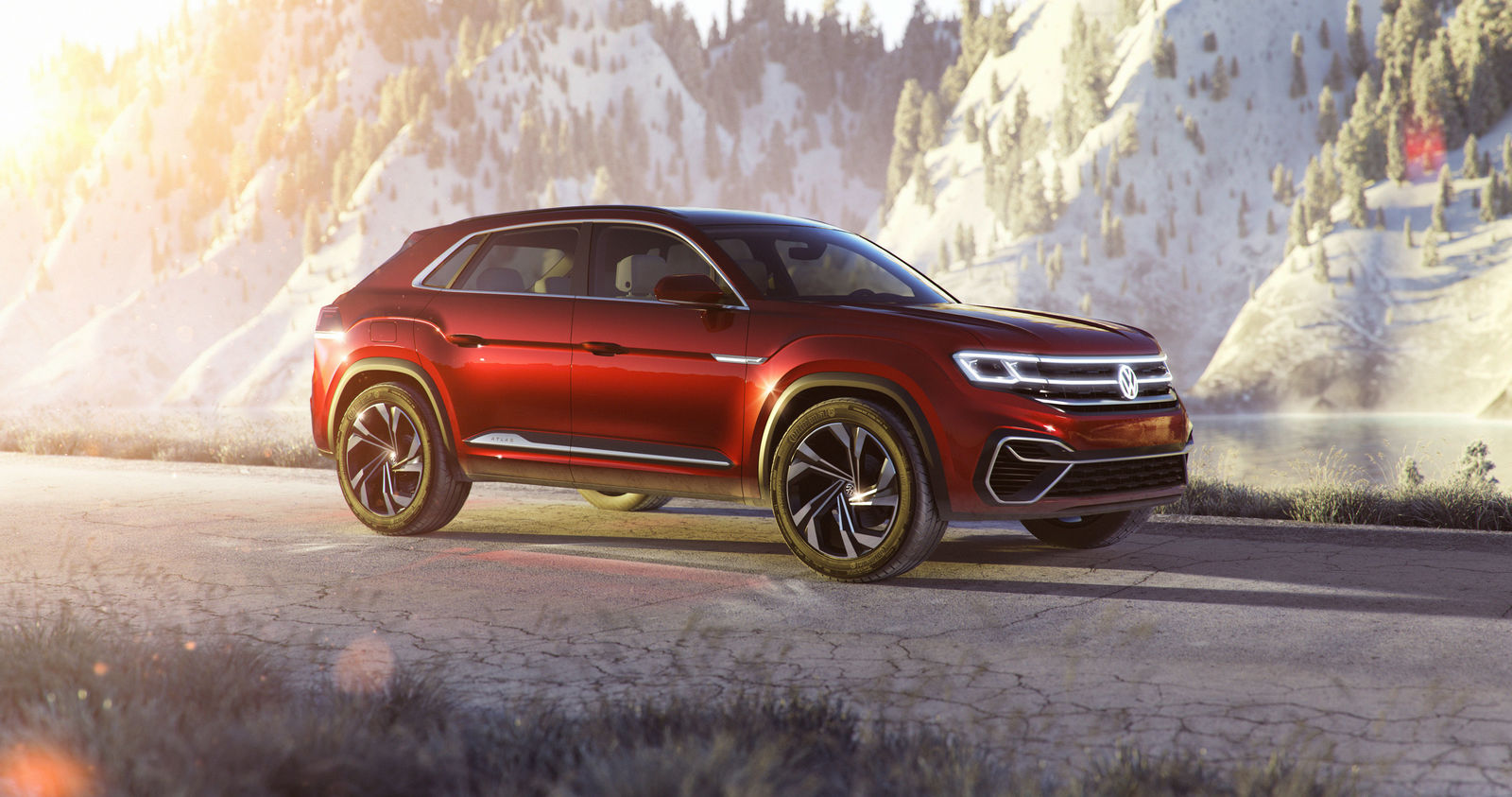