With investments in excess of two billion euros by 2020, Volkswagen do Brasil starts to recover market share. 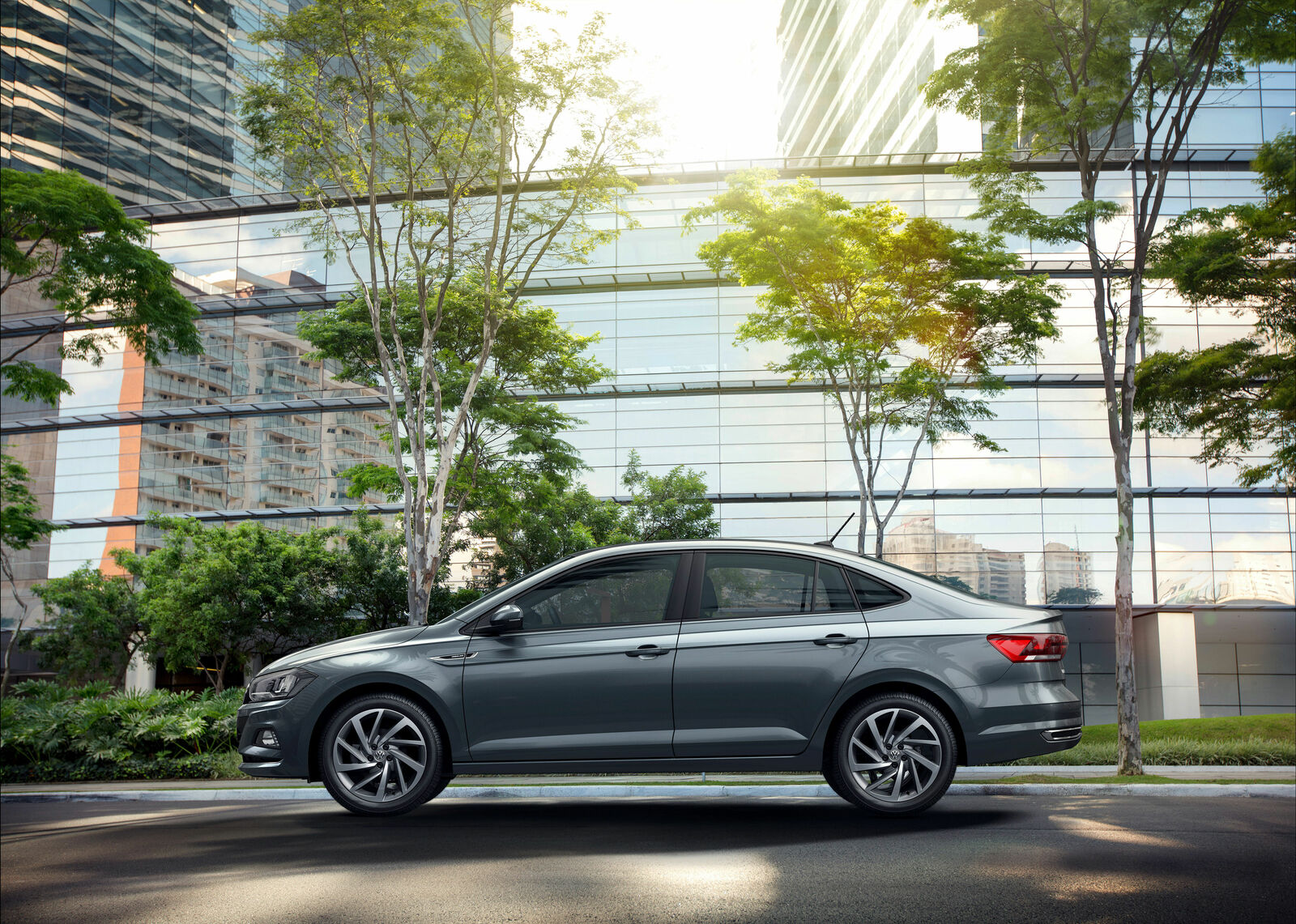 What a journey and what a comeback: Volkswagen’s recent market history in the Brazilian passenger car market over the last decade has been almost as varied as the topography surrounding Brazil’s second largest city, Rio de Janeiro. The country more associated with tropical rainforests and sun-kissed beaches was struck in the frosty grasp of a half-decade long recession beginning in 2013. Volkswagen, having just lost its market leadership, consequentially suffered the consequences head-on, seeing a halving in its market share. However Volkswagen took this as the cue to develop a new strategy for its adopted home market. In 2017 the first vehicle of its new €2.026 billion strategy launched – the New Polo (Novo Polo) – as part of a new 20 model launch plan. The gloves are off.

Volkswagen’s relationship with Brazil dates back to the early 1950's. 1956 was the year the groundwork was laid for Volkswagen’s very first factory, outside of Germany. One year later, this Volkswagen plant in São Bernardo do Campo, near São Paulo, started to produce the Kombi model – 370 cars at that time, with a 50 percent local content component share. The small bus is now a sought-after hero for fans of vintage cars.

Four questions on the Brazilian market

Half of all the new passenger car sales in South and Central America are sold in Brazil, the only market in the world where flex-fuel - a mix of petrol, and Ethanol derived from sugar cane - is the dominant fuel source accounting for nine-in-ten sales according to Anfavea data. The Portuguese speaking nation, home to 200 million residents, is a top ten global passenger car sales volume market according to OICA data, with over two million new passenger cars registered here last year. Belonging to the so-called BRIC (Brazil, Russia, India and China) group of “emerging markets”, coined by Jim O'Neill, chief economist at Goldman Sachs in 2001, Brazil is once again showing its huge market potential. After suffering a recession lasting half a decade, coinciding with the period in which it hosted the world’s largest sporting events, the Football World Cup in 2014 and the Summer Olympic Games two years later, the market returned to growth in 2017.

As the market once again begins its upward ascent, aided by the ubiquitous global appetite for SUV/Crossovers - recording its highest Brazilian sales share last year, accounting for every fifth model sold - Volkswagen is in the process of taking full advantage, with its biggest launch offensive in the company’s history. Twenty new models will reach the Brazilian market by 2020, with investments totaling €2.026 billion, four of which will be SUV/Crossover models. Alongside the Mexican manufactured Tiguan Allspace introduced last year, the locally manufactured compact T-Cross, specially adapted for the Brazilian market, will join the line-up later this year. Launched in 2017, the New Polo (Novo Polo) based on the modern MQB (Modular Transverse Matrix) platform, on which the majority of Volkswagen’s European models are based, was the first model of the new strategy to launch, followed just 60 days later by the Virtus fastback small sedan, based on the same platform. Virtus, especially developed for the Brazilian market, not only finished its debut year as the top selling model in its sector, but in the process accounted for nearly every second car sold in the compact sedan sector.

Volkswagen accounted for close on 15 percent of the Brazilian car market last year, gaining over two percentage points over the previous year, while accounting for almost all Volkswagen Group passenger cars sales, with Audi and Porsche making up the remainder. Both locally manufactured Audi models – A3 Sedan and Q3 SUV/Crossover – made up the majority of Audi sales last year while all Volkswagen models apart from the Passat were manufactured locally in Latin America. Volkswagen’s best-selling model last year remained its Gol with just under 80,000 units making it a top four selling model last year. Volkswagen are once again aiming to achieve similar successes as it achieved with the Gol, first launched in 1980, leading the top sellers list for 27 consecutive years, up until 2013.

Although electrified car sales remained low in Brazil last year, soaking up less than half a percent of total sales, heavy goods vehicles could well likely set the electric pace in this market which has one of the highest renewable energy mixes in the world. According to the IEA (International Energy Agency) almost 45 percent of primary energy demand is met by renewable energy, making Brazil’s energy sector one of the least carbon-intensive in the world. Having presented its e-truck last year, Volkswagen, which markets heavy trucks under the Volkswagen brand in Brazil, will soon begin rolling out its fully electric e-truck. The model is in the test phase and goes into production in Brazil next year.

It was only the beginning of the special relationship with Volkswagen and a country in which, after football, the passion is… the car. Just as every Brazilian supports a football team, they are also a fan of a car model. Brazilian owners of the “Fusca” (Beetle) used to give their cars a nickname – and still today the endearing habit of chatting to their cars as a close friend remains, no matter the model.

Since those early years, Brazil has become one of the most important markets in the world, with just over 81 million vehicles produced over six decades according to Anfavea, Brazil’s national automotive industry association – of which, 23 million by Volkswagen, represented by four passenger car factories in the country. Brazil has the sixth biggest vehicle fleet in the world touching 44 million cars across the country according to Anfavea (in 2000 there were “just” 19.3 million).

Brazilians usually spend, or better, loose many hours a day in traffic, especially during the rush hour in the big cities. Since the 1990’s, for instance, São Paulo is under a car routing system in which twenty percent of the fleet is not allowed to drive one day a week. This idea was also created to decrease air pollution. One more specialty: Over two million of the 2.5 million light-vehicles delivered in 2018 came with flex fuel engines, or close onto 90 percent of total deliveries. Brazil’s flex fuels chapter started after the 1973 oil crisis, when the Brazilian government made mandatory the use of ethanol blends with gasoline. As a by-product of sugarcane derivative, ethanol sends less pollutants into the atmosphere. Besides that, it is cheaper than gasoline and diesel. While electrified cars are still in their infancy with just 0.2 percent share of new registrations last year according to Anfavea, Brazil is the largest market in the world for flex fuel models. In 2018 Volkswagen celebrated the 15th anniversary of this technology, since the Gol Total Flex model was launched in 2003. It was the first model that could be fuelled with gasoline, ethanol or both.

2018 was still a recovery year for Brazil following a strong economic recession between 2013 and 2016. Last year’s continued recovery suggests Brazil's new car market is returning to a stable footing, with full year new passenger car registrations recording over two million annual deliveries for the first time in three years. Volkswagen, seeing a rise of over 50 per cent in the final month of the year compared to the same period last year saw more than double the rate of growth of the total market during the whole of last year, helping its market share recover. 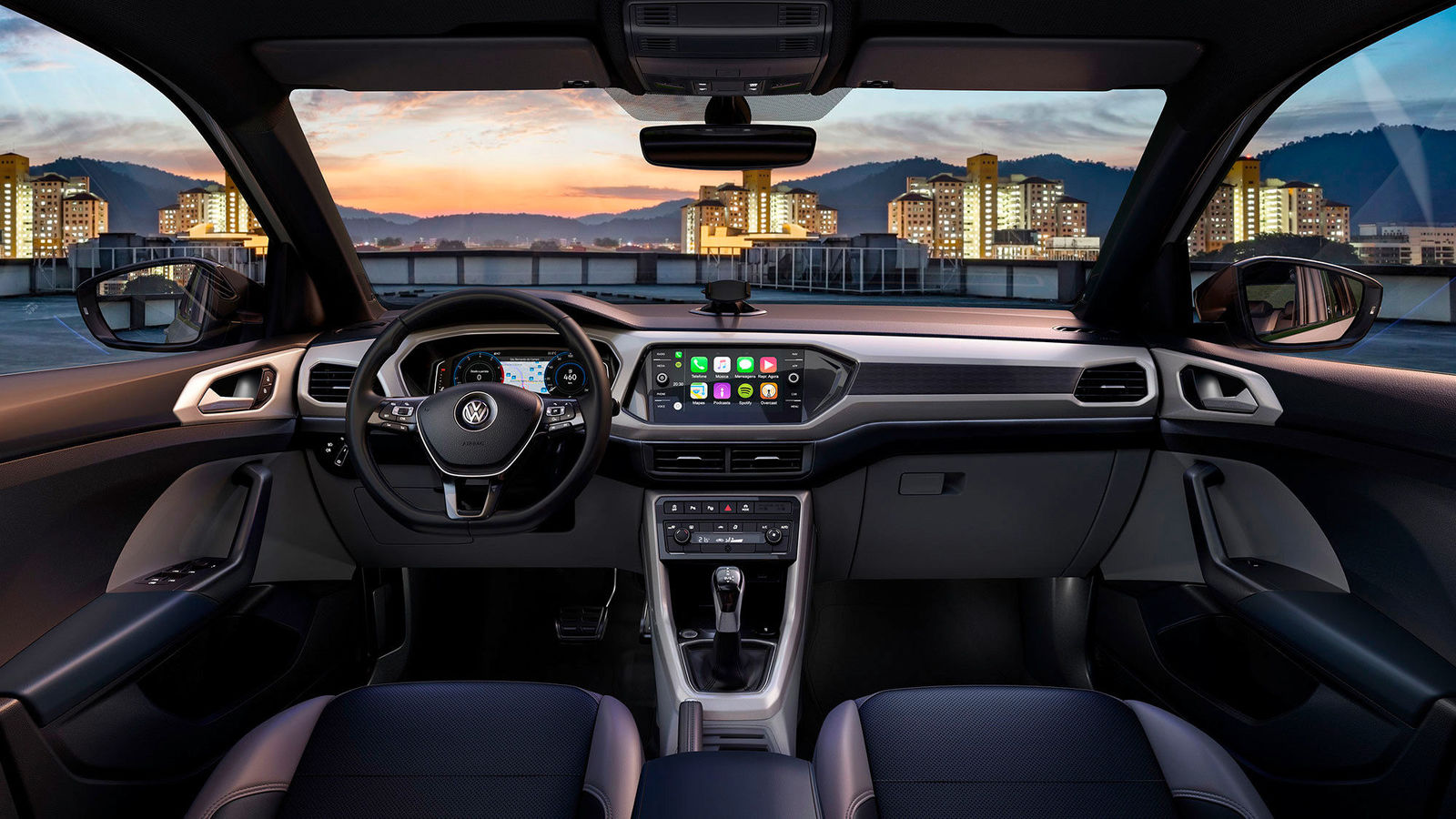 Interior of the locally produced T-Cross to be launched later this year, one-of-five SUV/Crossovers to join the line-up by 2020

Although there still remains room for some upward movement within the market, as historical levels last peaked at just under three million units during 2012. During that period Volkswagen’s Brazilian new car sales only narrowly failed to outsell Volkswagen’s domestic German market, emphasizing the significance of this BRIC (Brazil, Russia, India, China) member market. Underlining this, Volkswagen do Brazil launched “New Volkswagen”, the biggest commercial offensive in its history, with 20 new car models to be launched until 2020. Five of them will be SUVs.

This year’s market was dominated by both hatchback cars, and an accelerating SUV sector with respective sales shares of 41 and 20 percent according to Renavam data. Volkswagen do Brasil is well prepared for the growing appetite for SUVs, with the introduction of four further SUV/Crossover models by 2020, having introduced the new Tiguan Allspace already. The Latin-American-market-adapted and locally manufactured T-Cross compact Crossover will be launched in April this year. Bringing the appropriate models to market should help Volkswagen build on its already impressive 15 percent market share in its fourth largest individual market worldwide having recorded a 29 percent increase in sales over the same period last year, mainly thanks to the first fruits of its new product offensive. 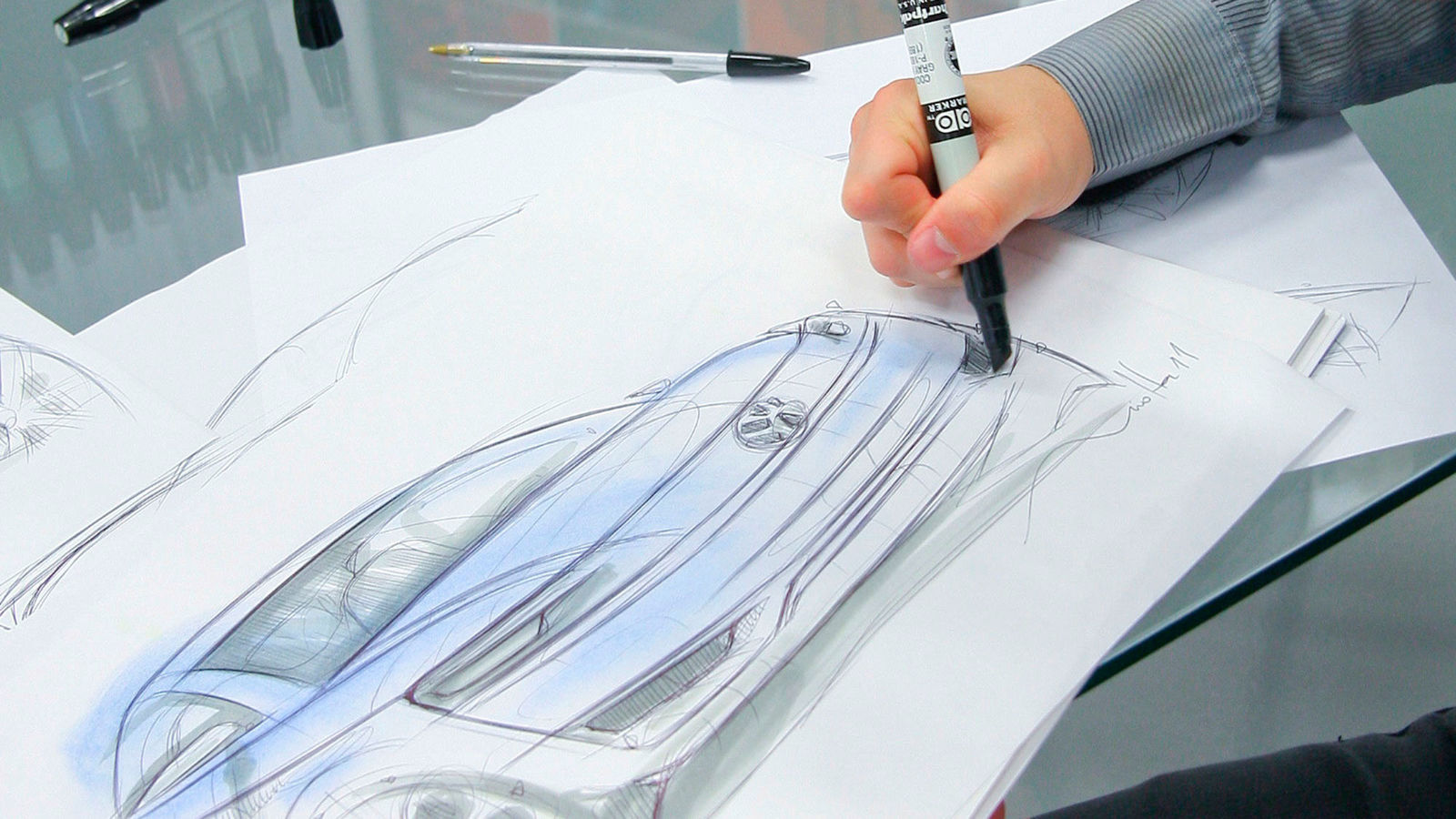 Besides the Tiguan Allspace, two other new models based on the modern MQB toolkit (Modular Transverse Matrix) have already been launched: the Novo Polo (a hatchback) and the Virtus fastback, a small sedan. The Virtus, especially developed for the South American market ended its debut year as the top seller in its segment accounting for almost every second vehicle sold in the compact sedan sector last year according to Renavam data. Volkswagen are once again aiming to achieve similar successes as it achieved with its Gol model launched in 1980. The Gol lead the top sellers list for 27 consecutive years, up until 2013.

One reason for this success is a strong emphasis on localization and the wishes of the regional clients. For example, the front part of the Novo Polo was exclusively designed by Volkswagen do Brasil for South America only. The regionalization even goes as deep into detailing and defining the space for a Brazilian sized bottle in the drink holder.

The Virtus is a turning point in the company’s history. As the second product of the new Volkswagen strategy, it is the first vehicle in Latin America that offers artificial intelligence (AI) to the drivers. With this resource, the driver can talk to the car and get information from the owner’s manual for instance. There is also an Active Info Display, digital instruments and an 8-inch infotainment system. It's definitively a new technological experience inside the cockpit of a Brazilian car.

Last April, Pablo Di Si, an Argentinian and CEO of VW South America and Brazil, announced investments of €500 million in order to produce the new T-Cross in the São José dos Pinhais plant, under an “industry 4.0” concept. Opened in 1999 for the Golf and Audi A3 production, this factory is the flagship of Volkswagen do Brasil, with more than 2.6 million vehicles delivered so far. Many of the manufacturing processes are digital and include virtual simulation during the running plans of a new model. By all these means, Volkswagen continues to attract a loyal Brazilian following, while continuing to win over new fans with its individual signature of hightech contemporary vehicles. 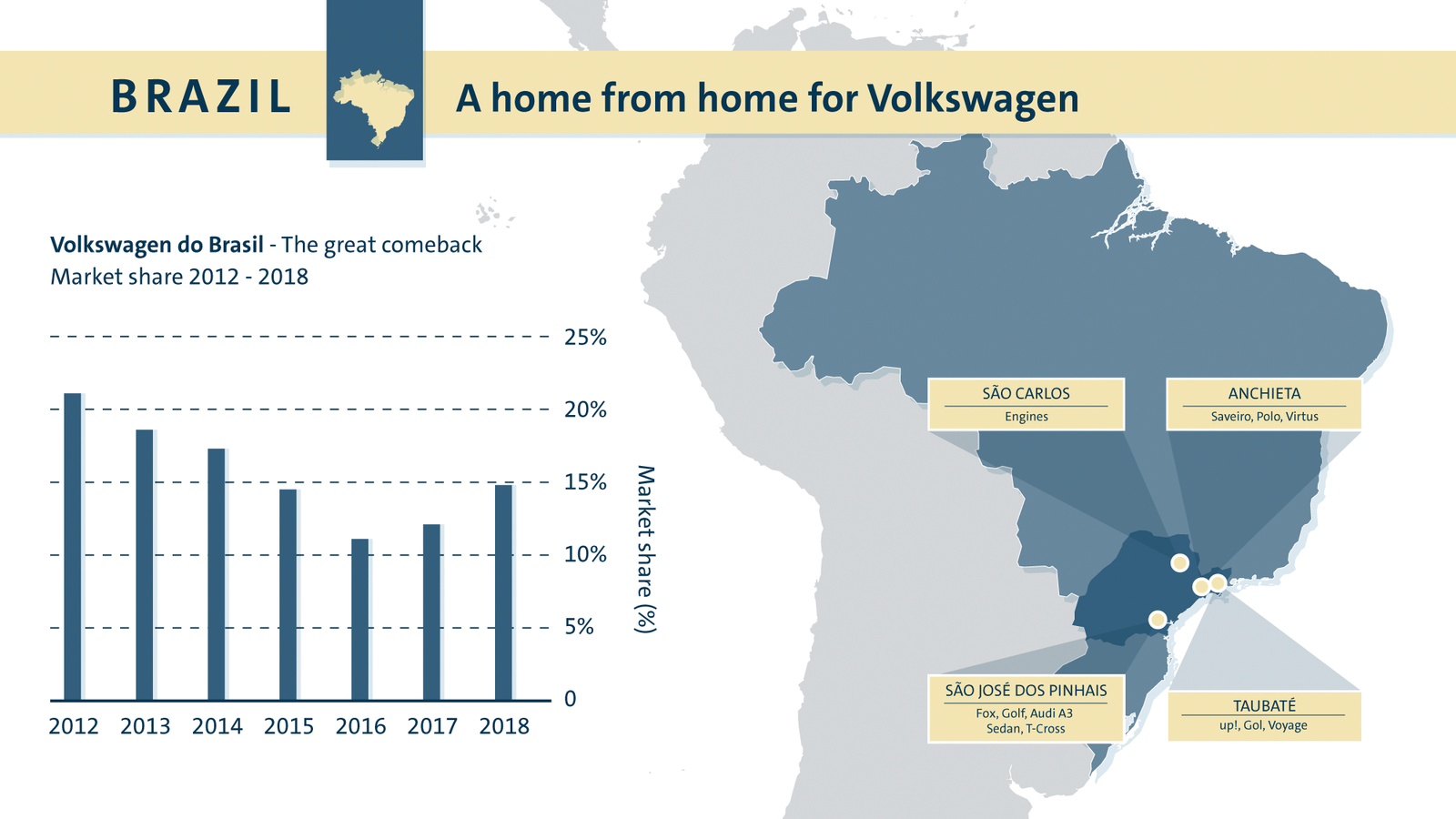 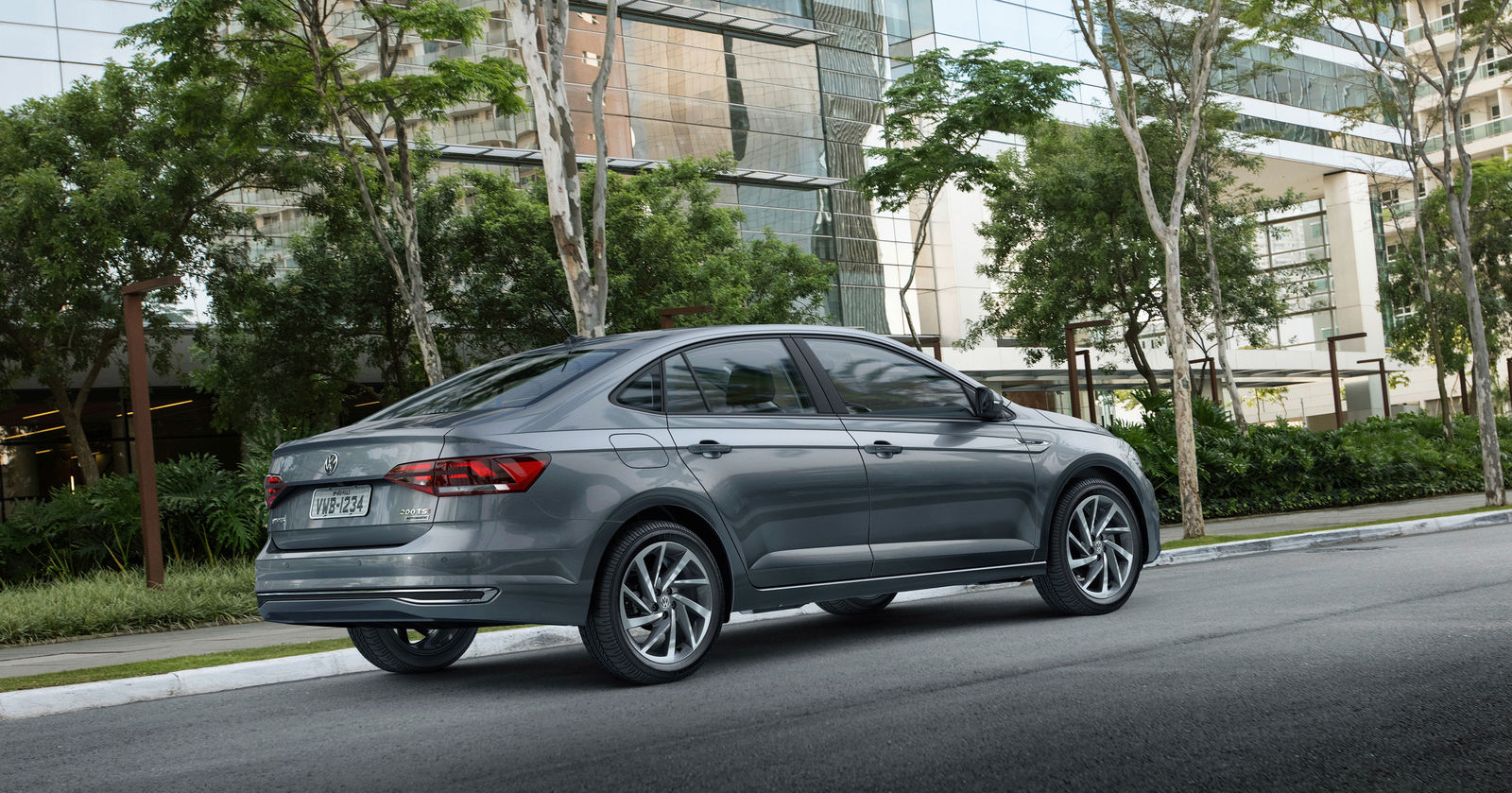 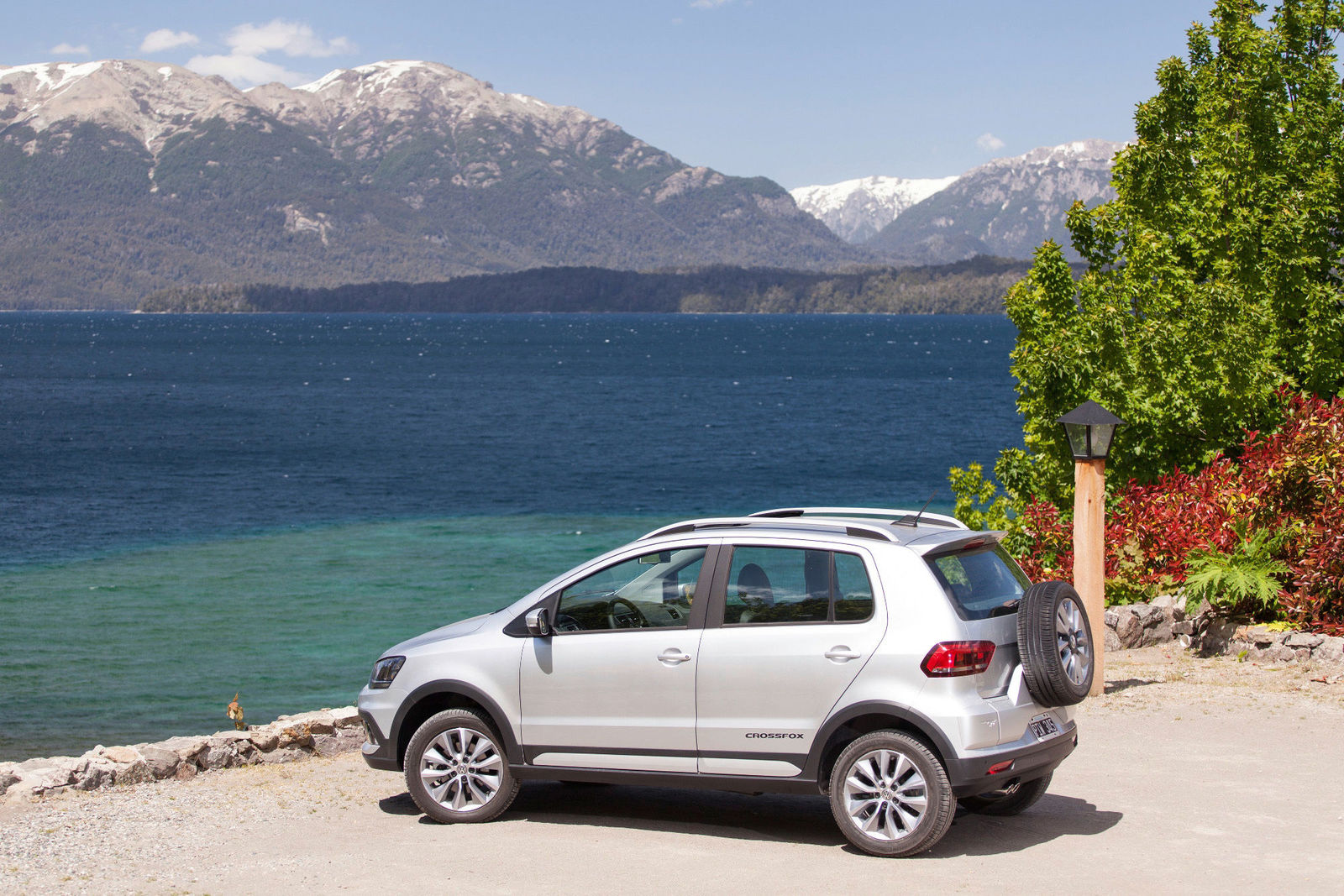 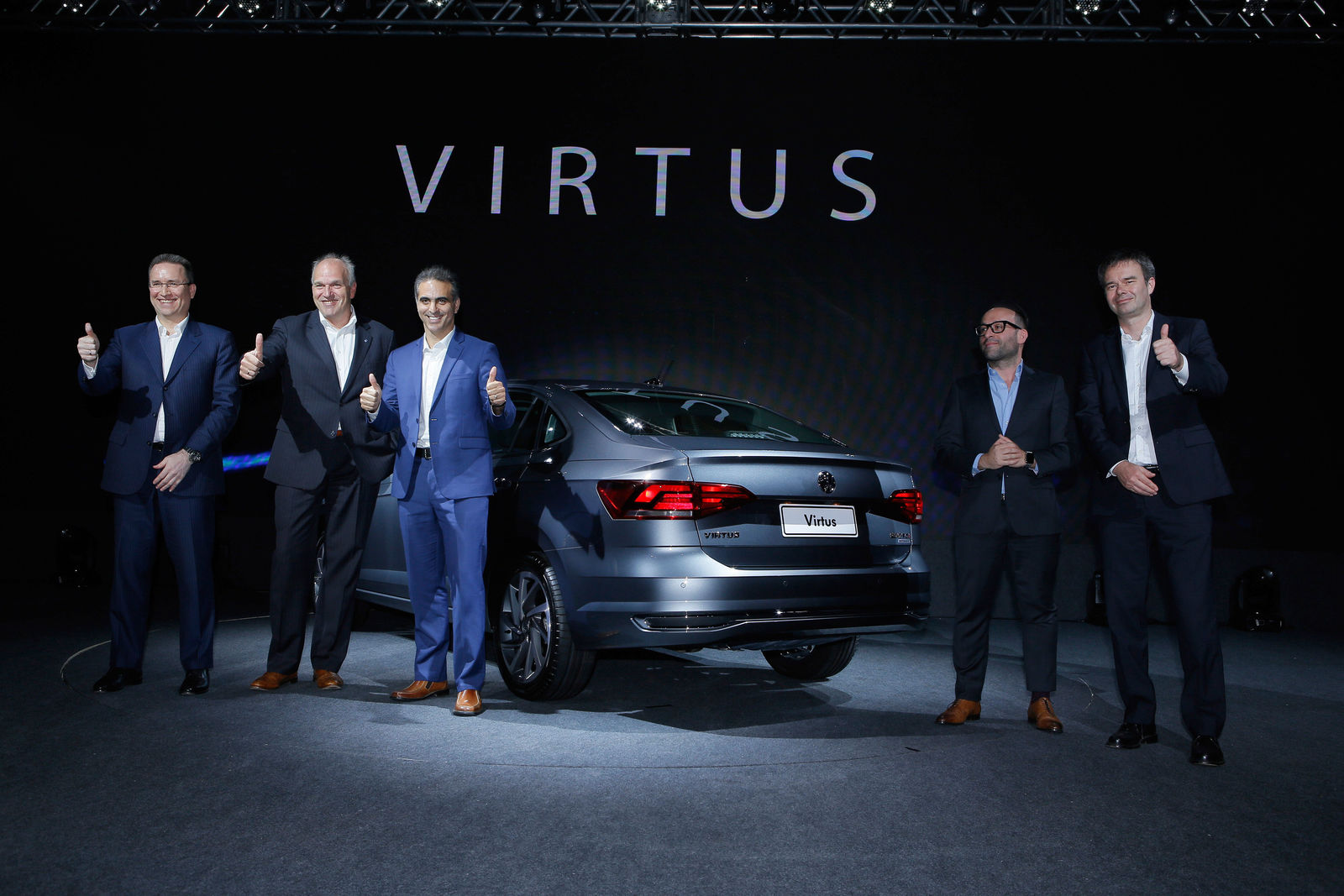