Automatically bound for the future

The history of autonomous driving at Volkswagen 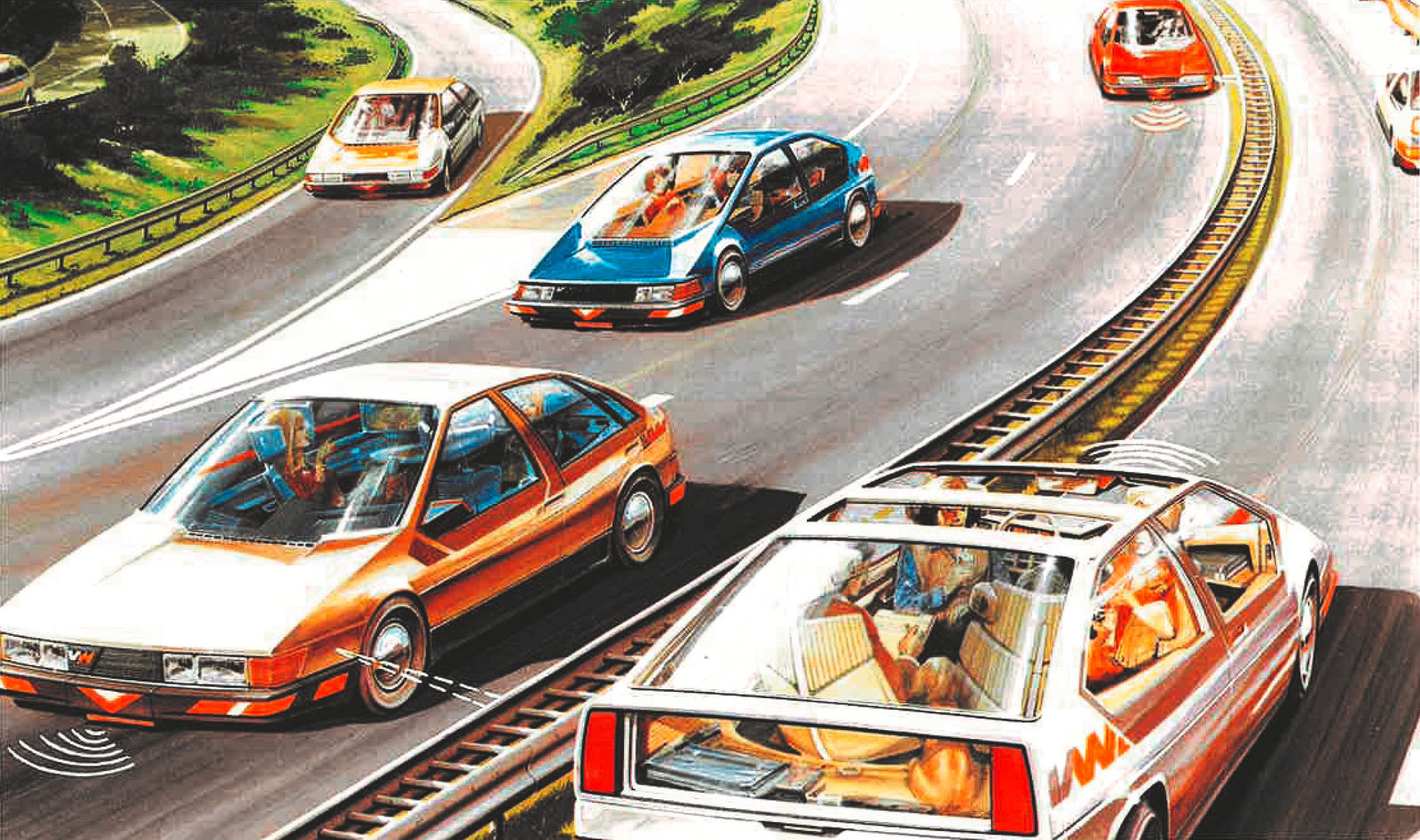 Moving pavements that convey pedestrians from A to B? Transport tubes that can take people from one place to another using compressed air? There were bold visions of the future of mobility way back in the 1970s – when computers as powerful as today’s standard family PC were as large as a living room wall unit.

Speaking of computers: Although they were initially huge, computers made a significant contribution to road traffic safety research as long as 40 years ago. Specifically, researchers back then were looking at ways of lowering accident figures and relieving drivers using electronics. 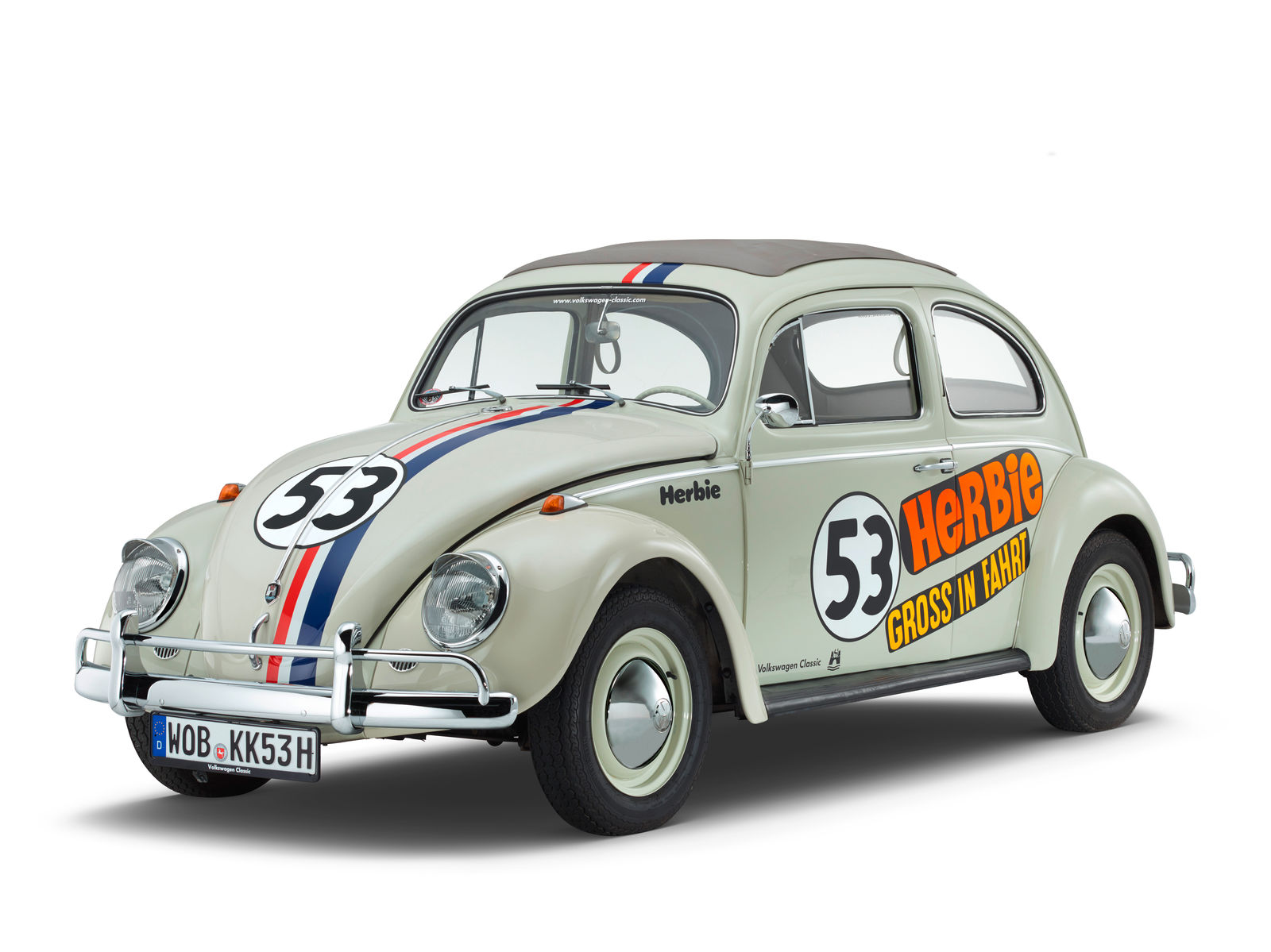 Famous role model: when he hit cinema screens in 1968, Herbie the Love Bug could already do what the developers at Volkswagen are working on today: cope independently in traffic – and take the wheel if necessary.

Volkswagen had already started rethinking mobility from the group up too – for instance as part of the European research project PROMETHEUS which was launched in 1986. In addition to car makers and automotive suppliers, the initiative brought together research bodies such as the Fraunhofer Institute for Information and Data Processing (IITB) and the University of the German Federal Armed Forces in Munich.

At the time, features which have now been optional at Volkswagen for years – such as adaptive cruise control (ACC), lane-departure warning “lane assist” and the collision avoidance system ‘Front Assist’ – were nothing more than pipe dreams.

Headed up by Dr Walter Zimdahl, a team from the Future Research Department established in 1970 paved the way for self-driving cars with their research project into ‘automatic steering with computer vision’ (as it was officially called).

Exciting idea: camera as an eye

The exciting idea for this came from Dr Zimdahl, when in 1982, “more or less by chance”, he happened to get hold of a handy TV camera from a Japanese electronics manufacturer. “We take that as a substitute for the human eye and connect it to an electric steering system,” was his revolutionary approach.

“The image evaluation was in essence relatively simple,” recalls the electronics pioneer. “It was directed towards the contrasts in brightness between the lane markings and the road surface, which were detected by the camera and then converted into control signals for the steering by the processor.” 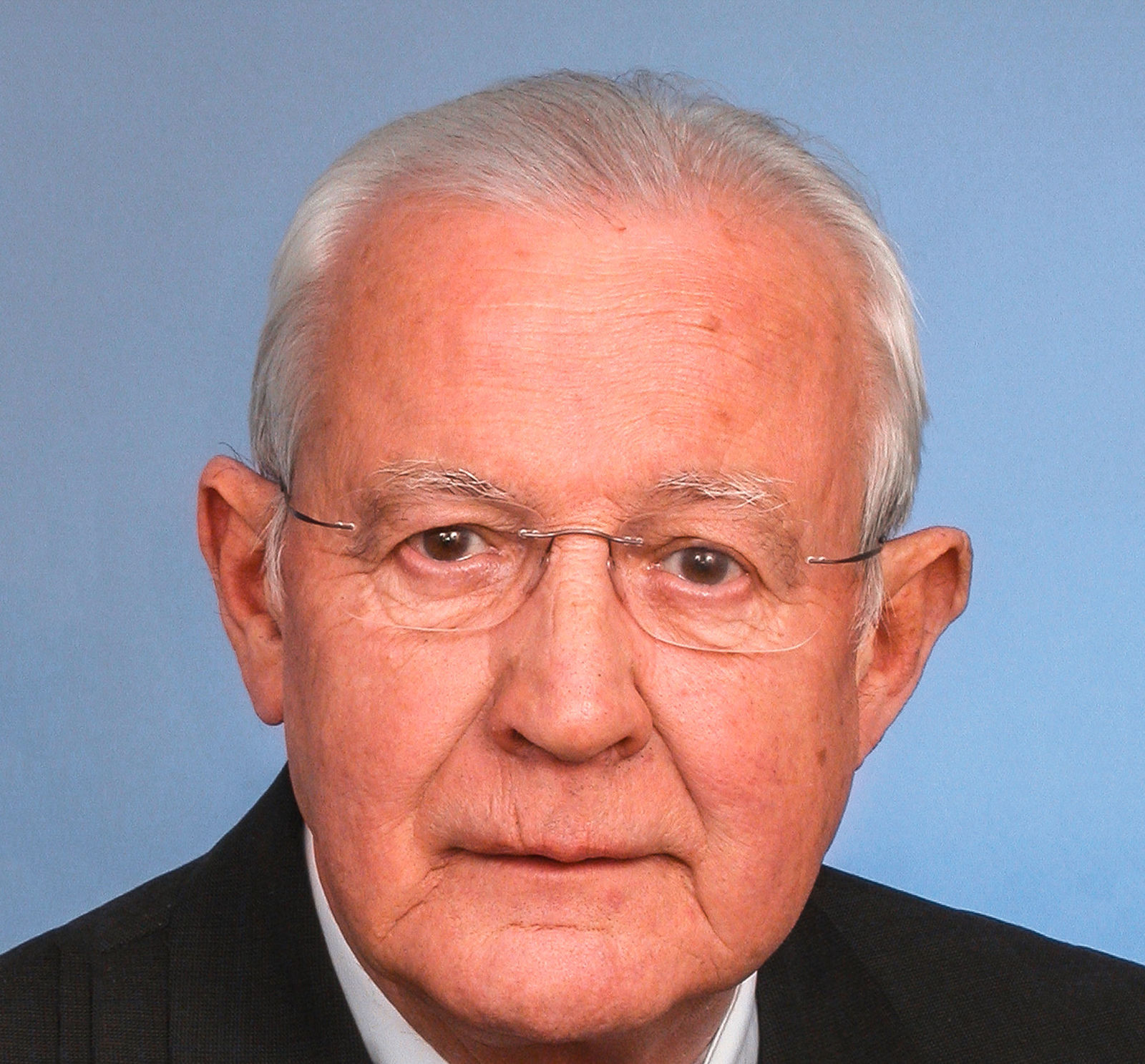 Prof. Dr Walter Zimdahl: “We had the idea of using a camera as a substitute for the human eye and connecting it to an electric steering system.” 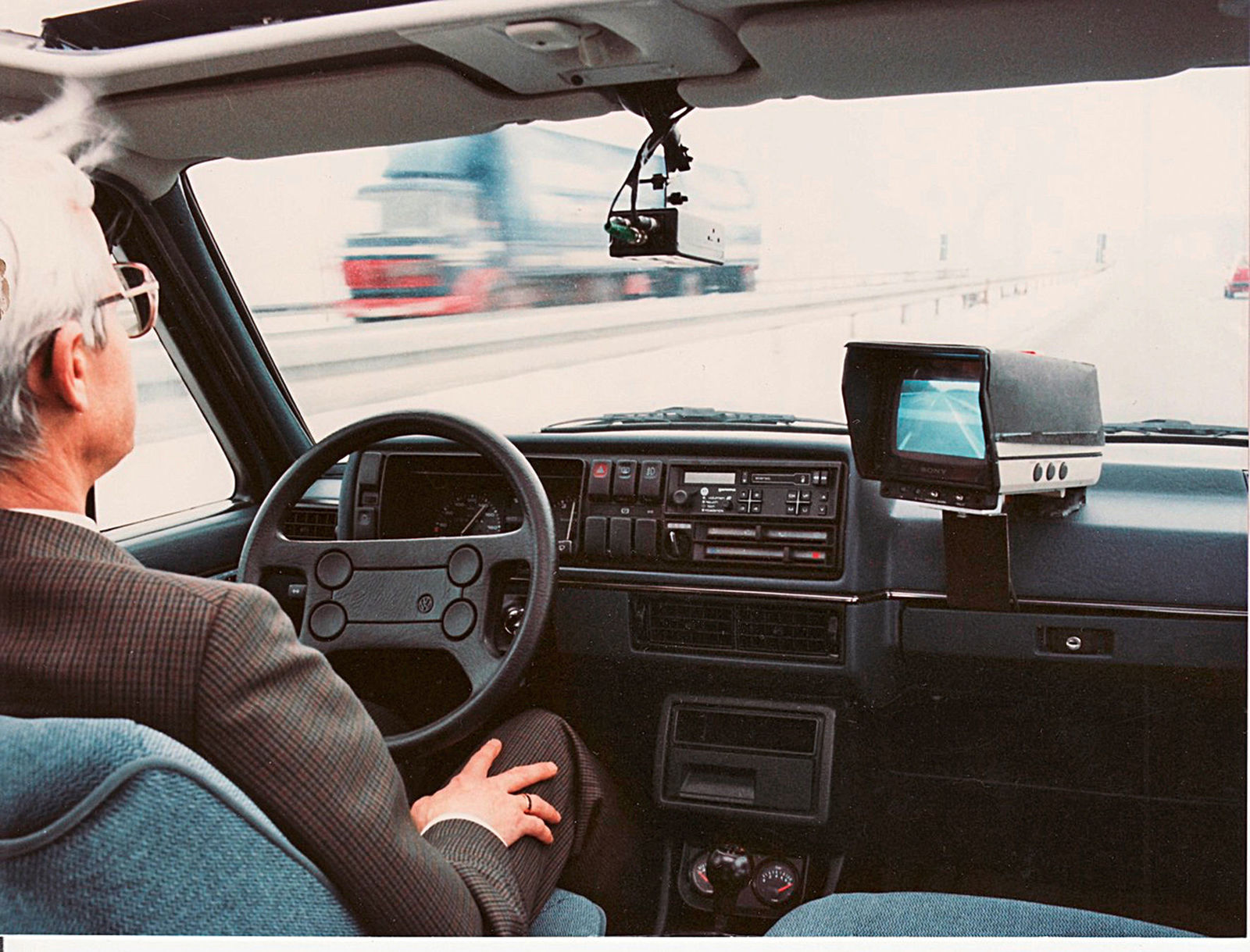 Hands off the wheel: Dr Walter Zimdahl tests the automatic steering in a Golf Mk2. The camera takes over the job of the human eye in this process.

In this way, “microprocessors were used to develop rapid electronics that enable a road vehicle to drive automatically on a carriageway with normal markings,” as Dr Zimdahl formulated in a highly regarded lecture on the OPTOPILOT, which he held at a VDI conference entitled ‘Electronics in motor vehicles’ in 1986.

The underlying idea was “to imitate the main human functions while steering using technical resources”. Intended to serve as the ‘eye’ was the miniature CCD camera attached at the height of the rear-view mirror. “This camera was roughly the size of a spectacle case and, with a wide-angle lens, scanned a zone four to 25 metres in front of the vehicle.”

But how do you teach a car to ‘think’ and steer as well as to see? Electromechanical steering systems would have helped. “Yet none of that was available then,” says Dr Zimdahl. “We therefore had an electric motor installed parallel to the steering column and then linked directly to the steering using gear reduction.”

It functioned well immediately. “Nevertheless there was, of course, always someone sitting on the driver’s seat with their hands parked on their thighs so as to be able to intervene in an emergency,” explains Dr Zimdahl. 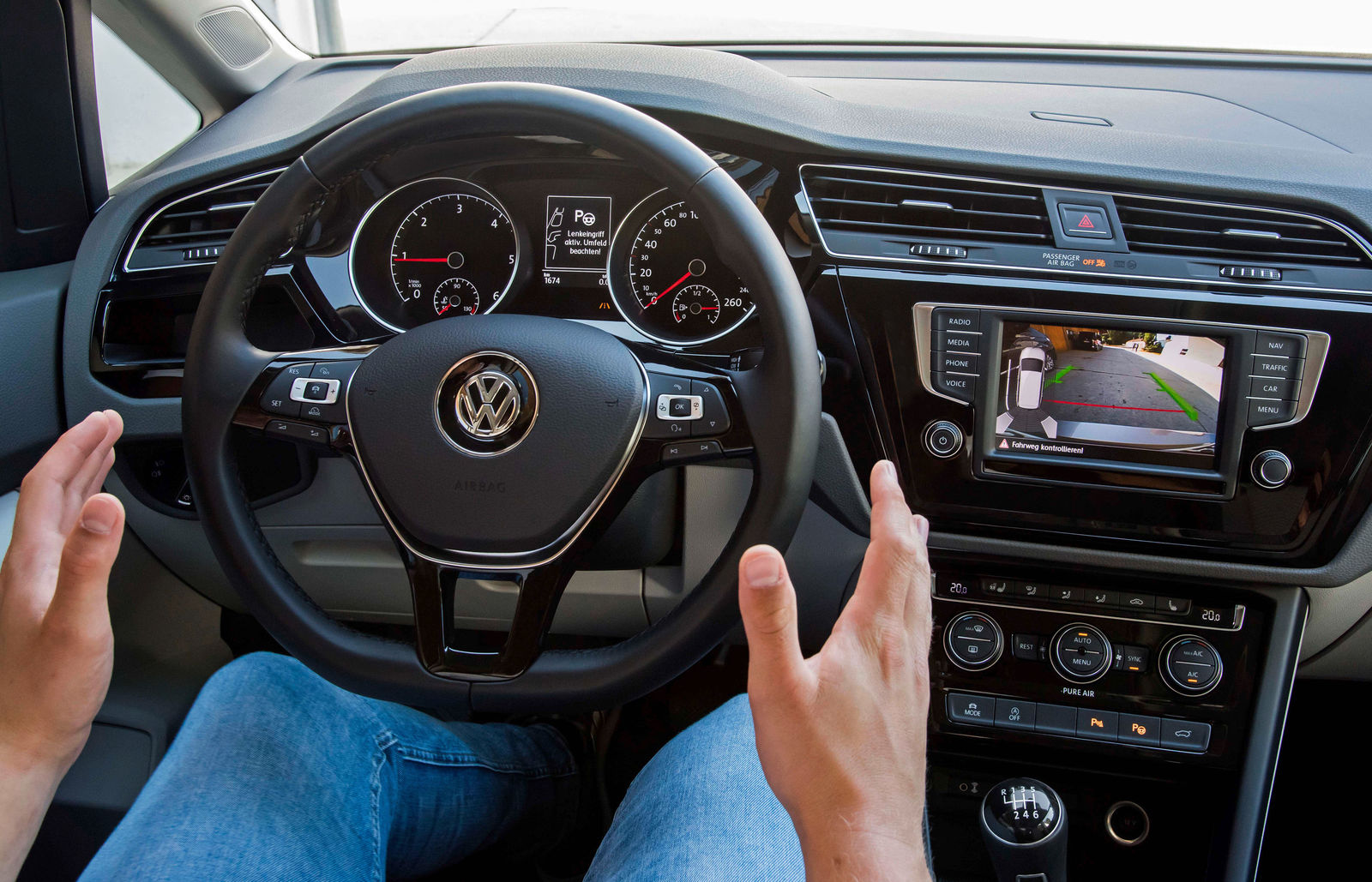 Hands off the wheel again: the Volkswagen Touran was the first model that could park and manoeuvre independently with Park Assist. 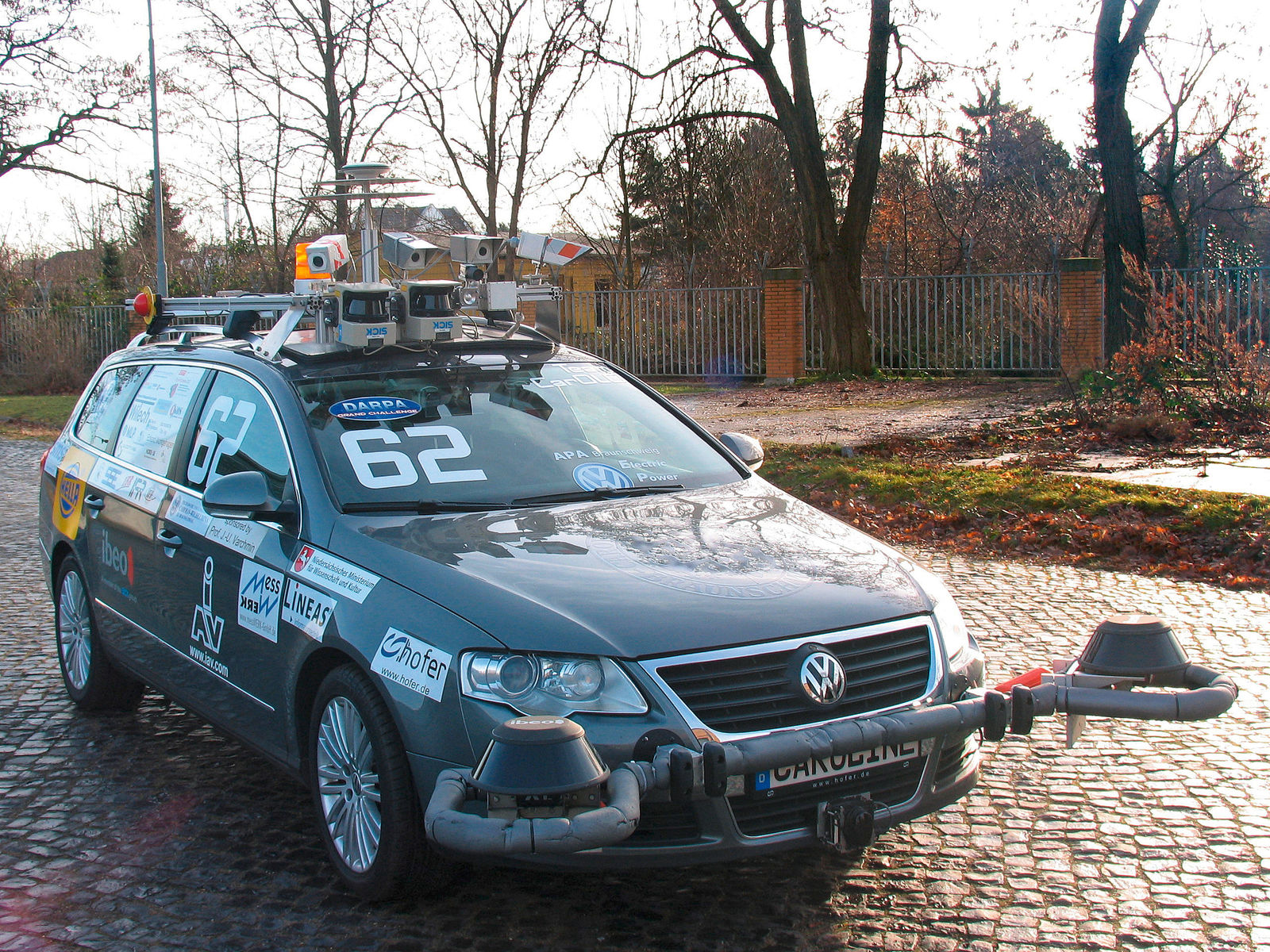 The next stage: with the autonomously driving car ‘Caroline’ based on a B6 Passat, the Technical University of Braunschweig demonstrated what is possible with the aid of cameras, lasers and radar in 2008. Unveiled in 2010, its successor ‘Leonie’ was even able to find its way independently through urban traffic.

That was not necessary – not even with the first driving trials at the company’s own test facility, which came about as part of an academic investigation by two students at the Technical University of Braunschweig. “In this way, we then drove with automatic steering at up to 100 km/h.” Any uncomfortable feelings during the trial – or at least butterflies in the stomach? “No,” says Dr Zimdahl casually with a chuckle, “I really did have absolute confidence in our students – and in our development work.” Confidence that was to pay off very soon.

Praise comes from a qualified source. His boss at the time, Dr Adolf Kalberlah, Head of the Future Research Department, still vividly recalls a technology demonstration on the testing site of a Munich competitor also involved in the PROMETHEUS project. “We had two Transporters with us that drove automatically and a third bus carrying all of the development heads and research directors.”

“I was there as a project manager in this third bus,” he explains. “And was then responsible for setting up a polystyrene wall at a certain spot, in front of which the cars stopped automatically with the aid of radar distance sensors and front camera.” And successfully too: “This trial worked so well that we received spontaneous applause from the assembled heads of research.” 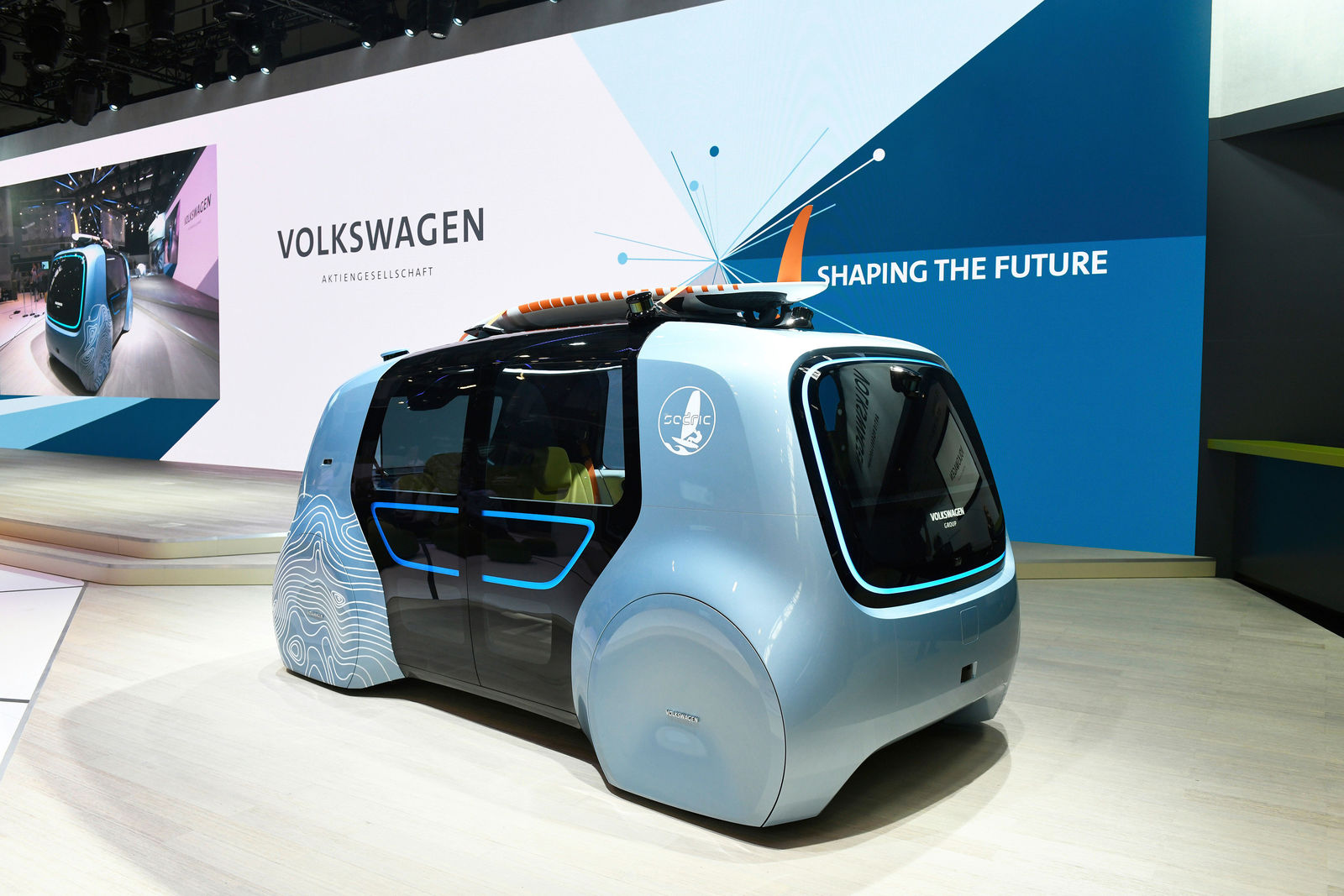 The self-driving car – or ‘SEDRIC’ for short – from the Volkswagen Group was developed for autonomous driving from the every outset.

One day, self-driving cars will be part of everyday life

Barely had the applause subsided when a relative silence descended upon autonomous driving – at least in the public sphere. Behind the scenes, the research continued. And fortunately, too, because the findings from those times are now providing the foundation for fully autonomous driving at Level 5. The Volkswagen concept vehicles are not presenting science fiction but very tangible visions of the future. Self-driving cars – in future they will be part of everyday life.