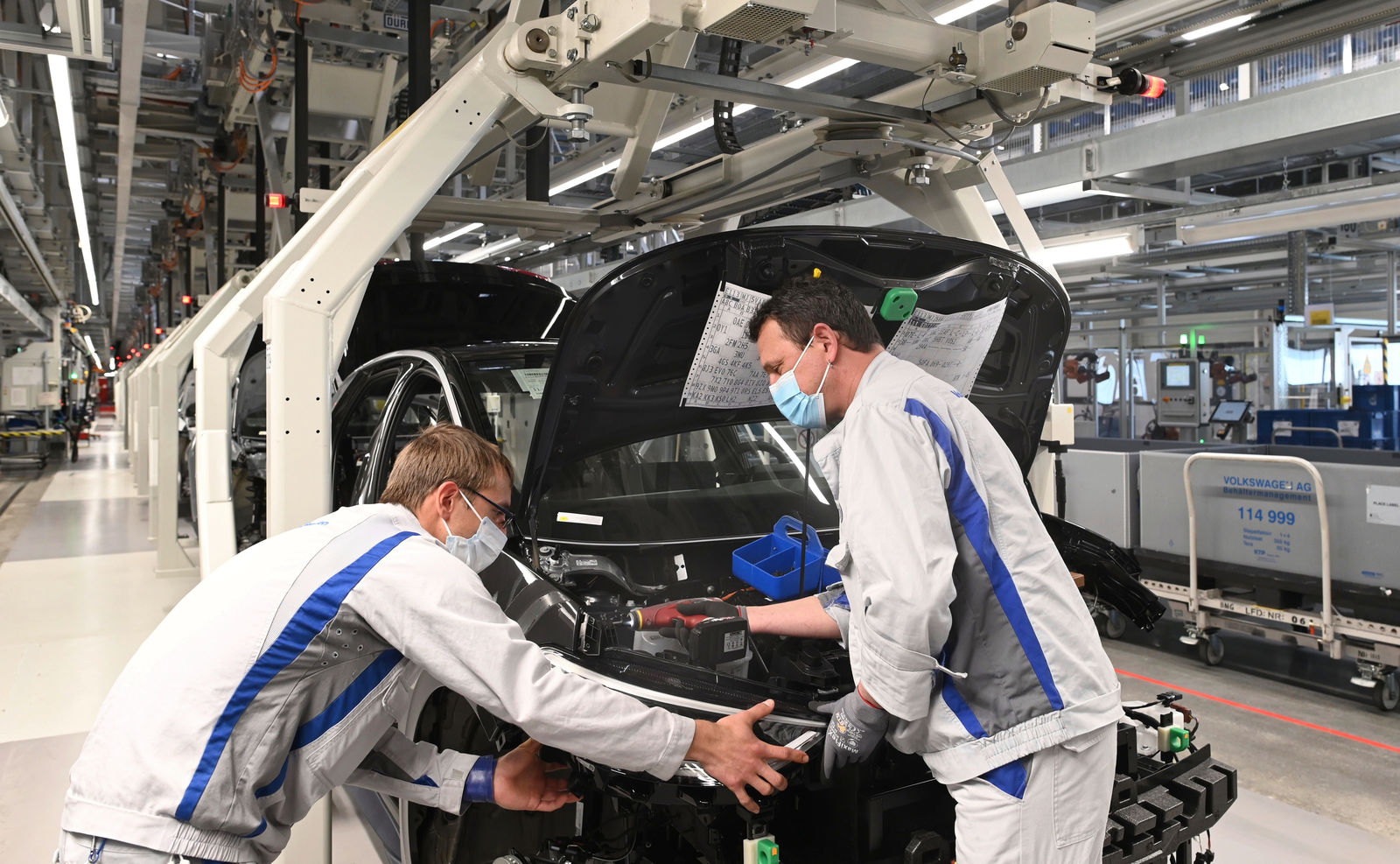 Two employees at Volkswagen in Zwickau install the headlight on the ID.3. For the restart of production, a catalogue of measures for health protection was agreed between the company and the works council, which provides for the wearing of mouth-nose protection at workplaces with a distance of less than 1. 5 metres from each other.
04/23/20
Zwickau/Dresden/Chemnitz
Company
Press Release

The Volkswagen plant in Zwickau is gradually restarting production of electric cars. Production of the all-electric ID.3 resumes today (Thursday), initially with reduced capacity and significantly slower cycle times. Numerous additional measures to protect the health of the workforce are being implemented, and the restart is also oriented to the gradual stabilization of international supply chains. “We all have a historic task to accomplish. That task is to protect the health of our employees - and at the same time get business back on track responsibly”, said Thomas Ulbrich, Volkswagen Brand Board Member for E-Mobility and Speaker of the Management Board of Volkswagen Sachsen.

According to Ulbrich, the present challenging situation calls for new priorities: “At Volkswagen, health takes precedence over speed. That is why the primary concern at the moment is not how many cars can be built per day. What is more important is that the e-mobility transformation process already underway begins gathering pace again today. The ID.3 is one of the key vehicle projects for Volkswagen.”

In the first ramp-up phase, 50 of the ID.3 will be produced per day in Zwickau at reduced speed, corresponding to approximately one third of the production volume prior to the corona pandemic. Zwickau is Volkswagen’s first vehicle plant in Germany to cautiously resume production following the stoppage that began in mid-March. Some units at components plants have already recommenced the supply of parts, accompanied by appropriate protective measures. Production has also already resumed at almost all Volkswagen plants in China.

The Chemnitz engine plant will also begin gradually ramping up production today, Thursday, April 23. This will be followed by the phased resumption of Golf Variant production at Zwickau on Monday, April 27. On the same day, the Gläserne Manufaktur Dresden will recommence production of the e-Golf at reduced capacity; customers have been able to collect their new cars in Dresden since April 20.

Jens Rothe, Chairman of the General Works Council at Volkswagen Sachsen, underscored that the protection and health of the workforce have priority as production starts up again. Volkswagen Sachsen and the General Works Council have set out clear rules in a works agreement. “We have reached agreement with the company on new measures to protect employees. One thing is clear: We will not be taking any risks, the health of employees has absolute priority – even if it means producing fewer cars”, Rothe said.

Production at Volkswagen Sachsen will resume step-by-step and on a plant-by-plant basis. The company and the Works Council have agreed a comprehensive package of measures to provide protection against the virus. These include specific rules on distances and hygiene, an obligation to wear mouth and nose protection in areas where minimum distances of 1.5 meters are not possible, shorter cleaning intervals, the separation of shifts in order to avoid contacts, and a call on employees to measure their temperature under their own responsibility before starting work each day.

In addition, numerous production processes are being optimized, and consistent minimum distances and increased hygiene standards apply in all areas. A works agreement on the action required for the resumption of production detailing the individual measures has been agreed. All the rules also apply to employees of external partners and service providers on the factory premises. 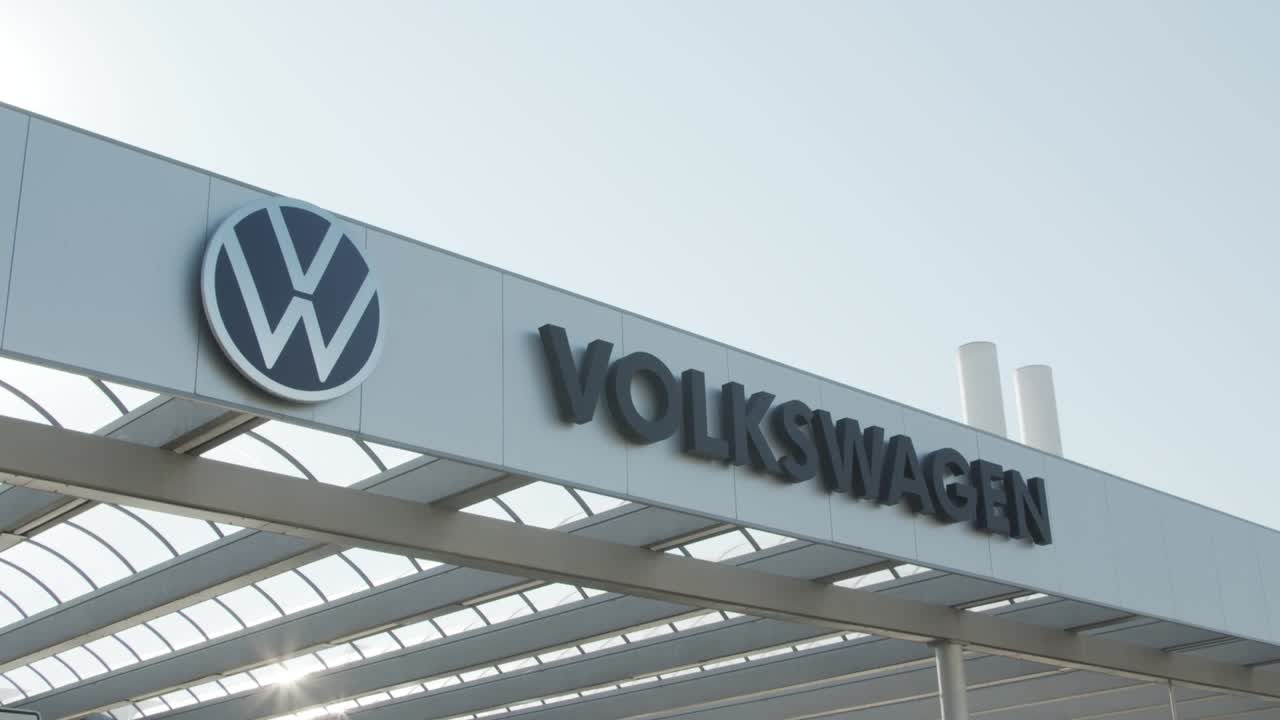 Resumption of production of electric cars in Zwickau 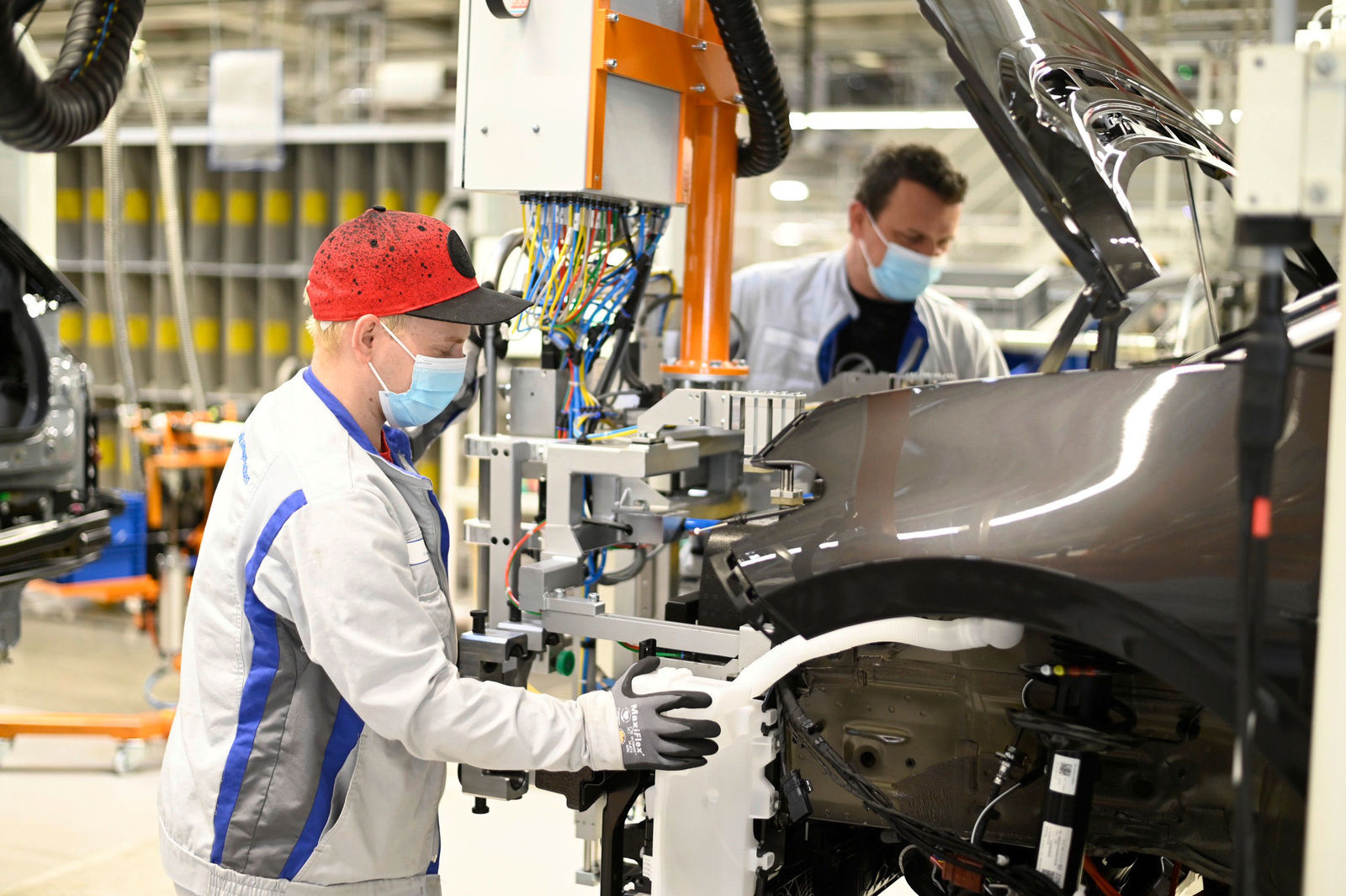 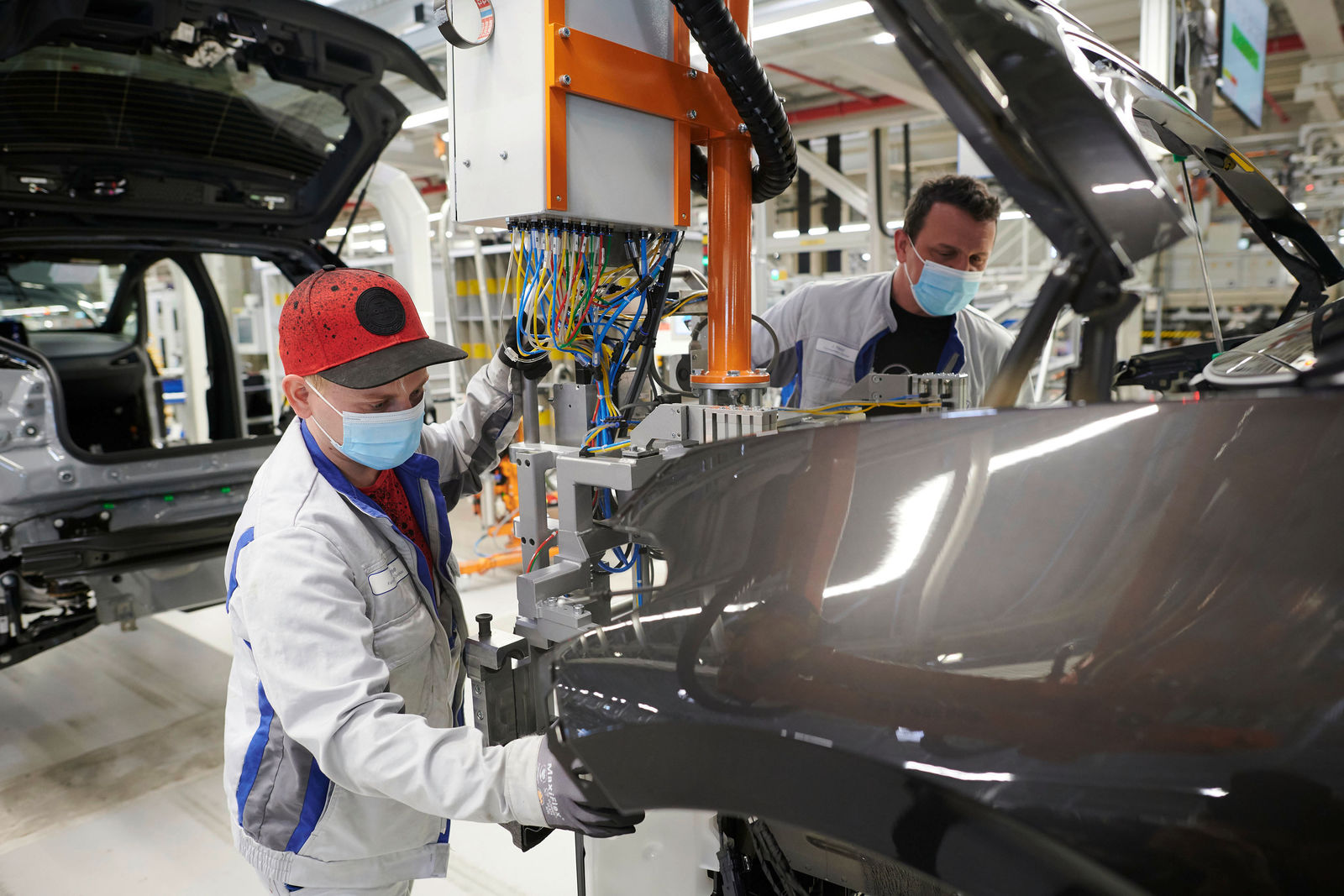 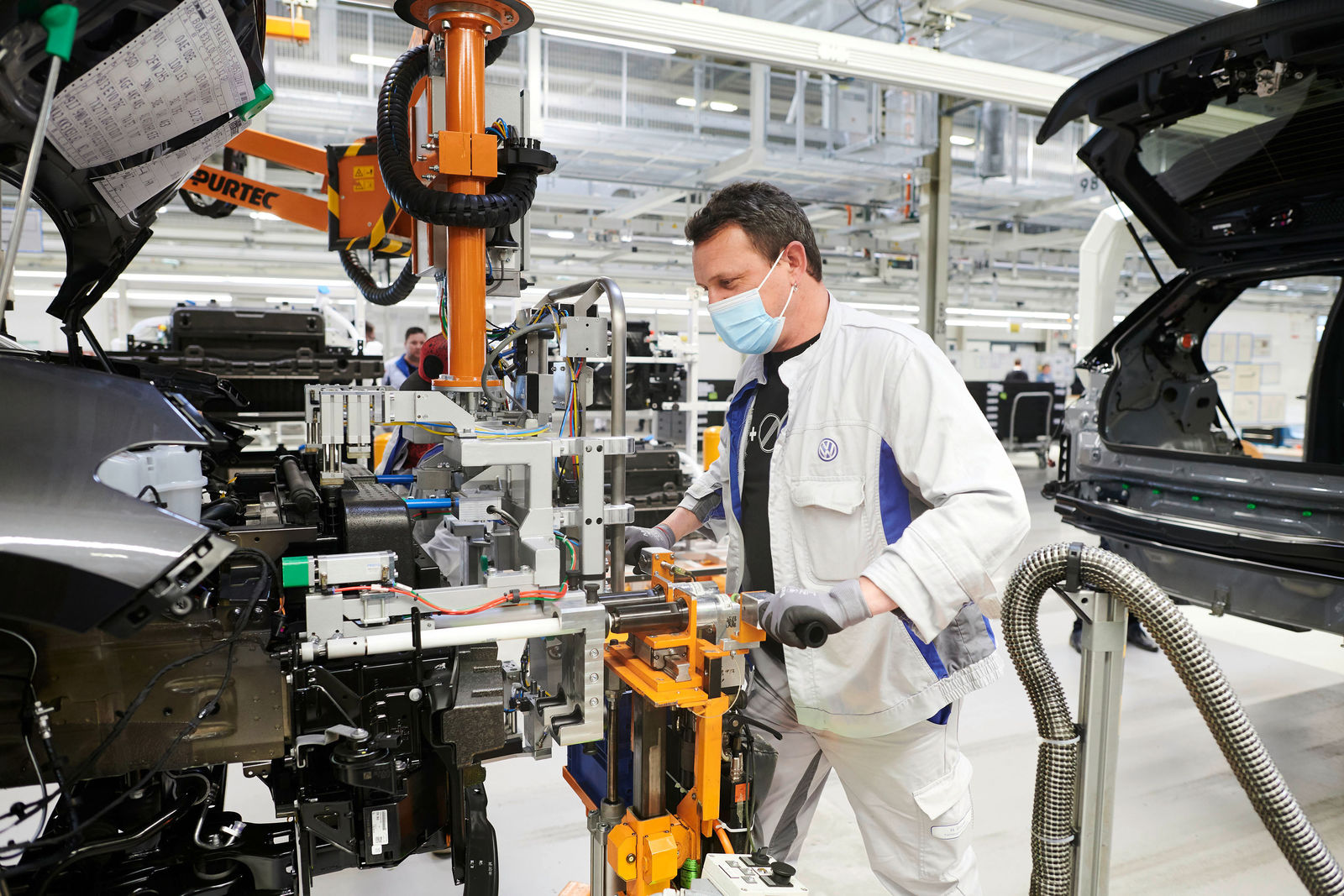 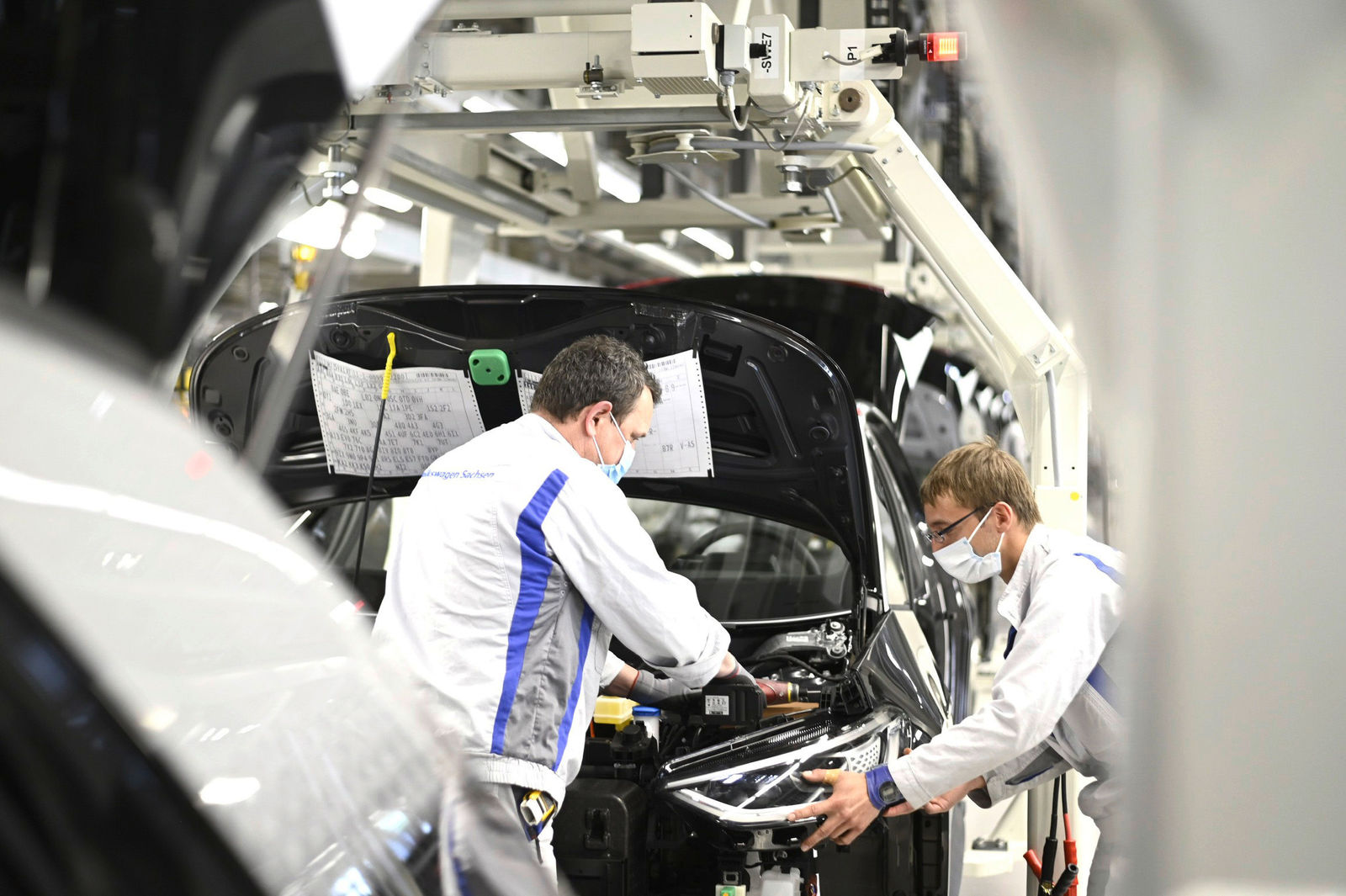 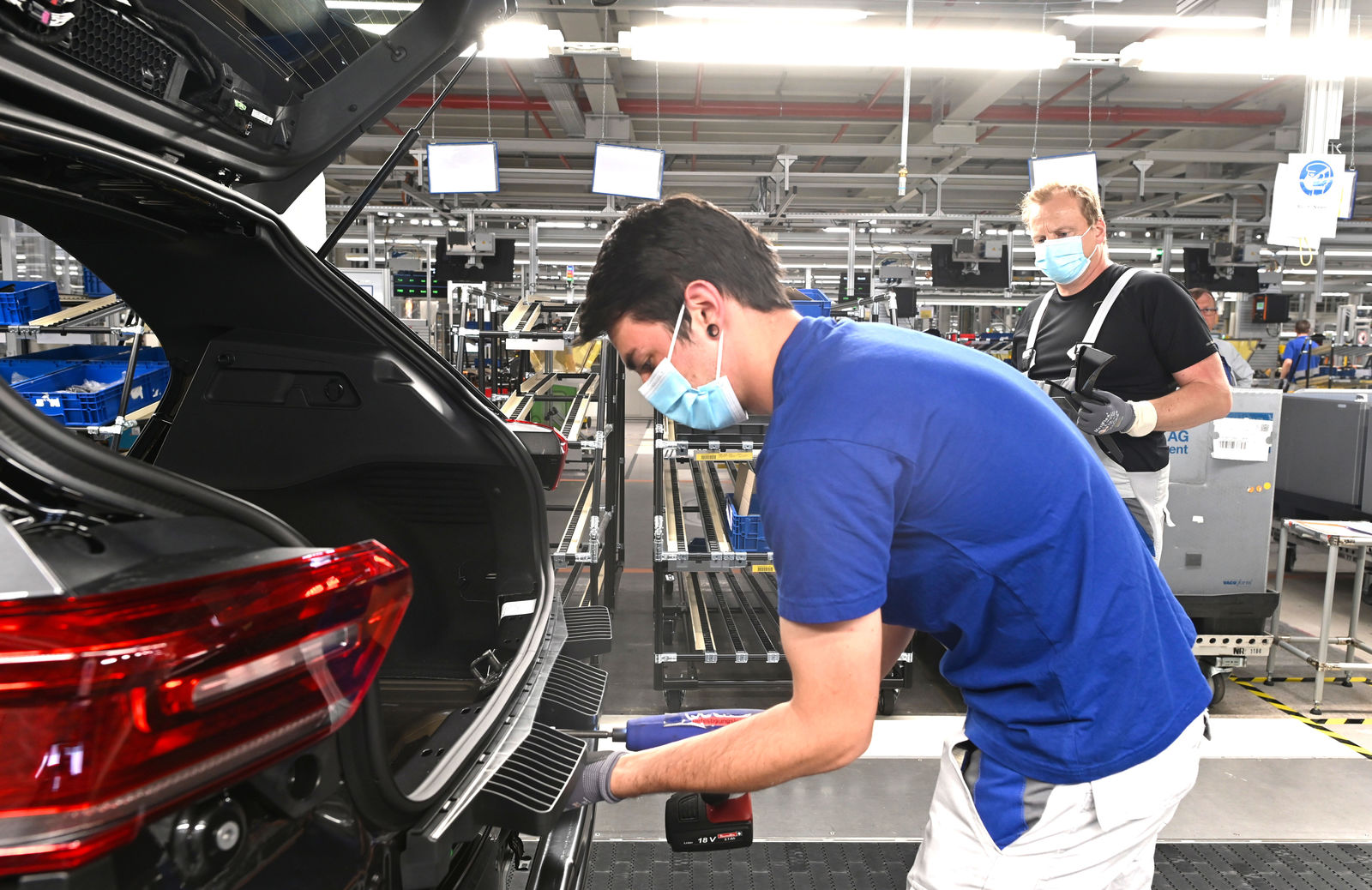 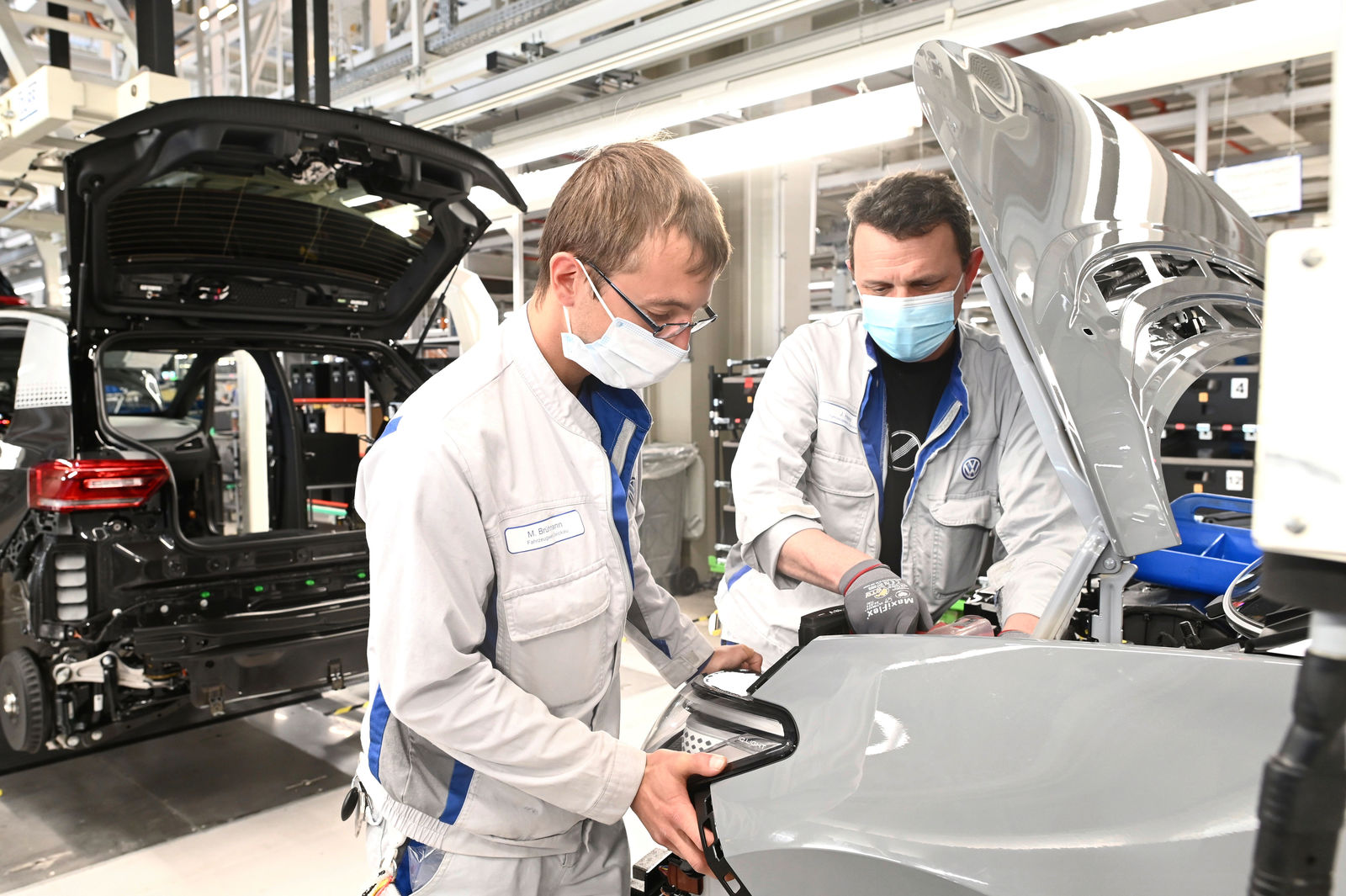 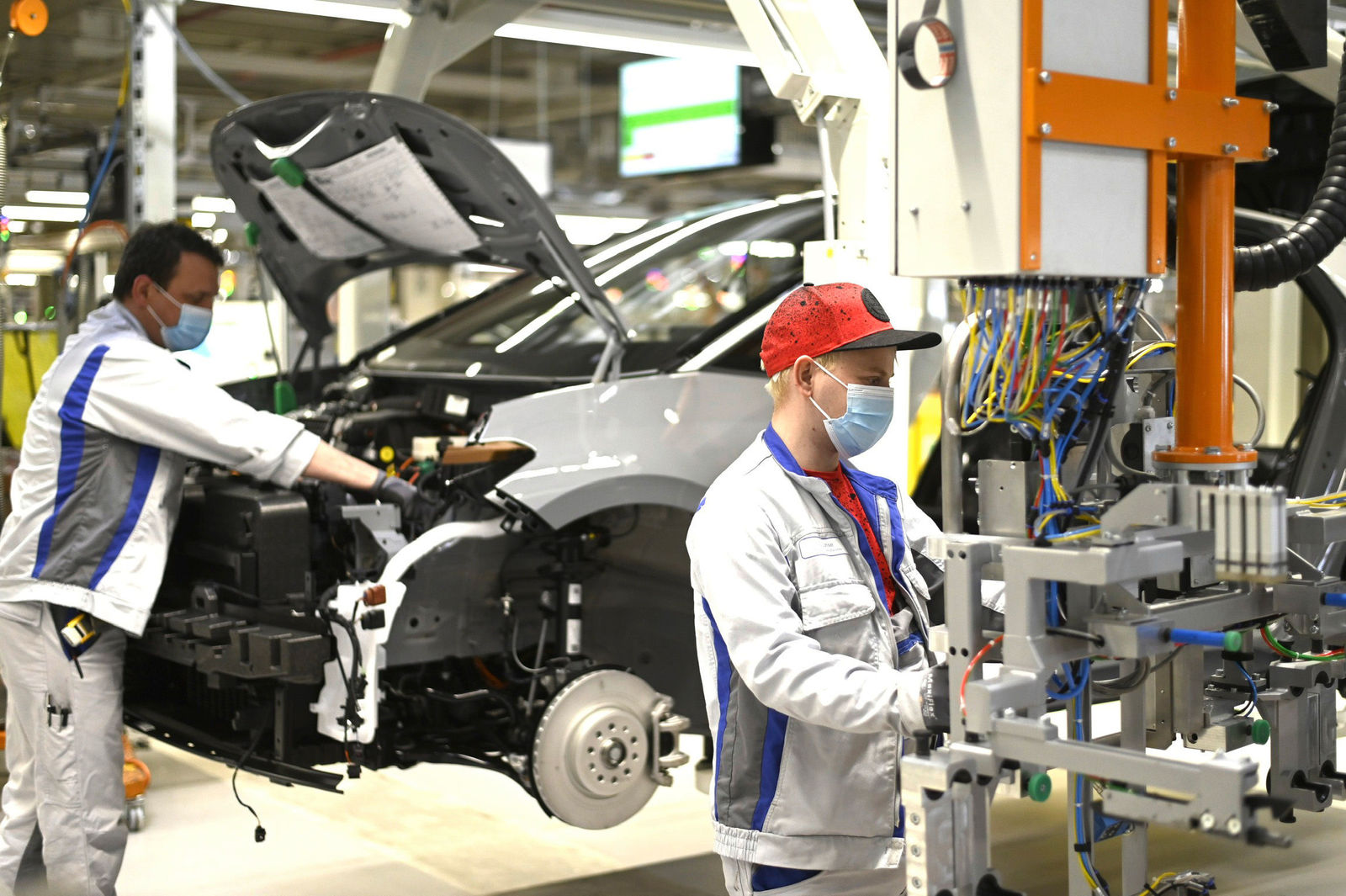 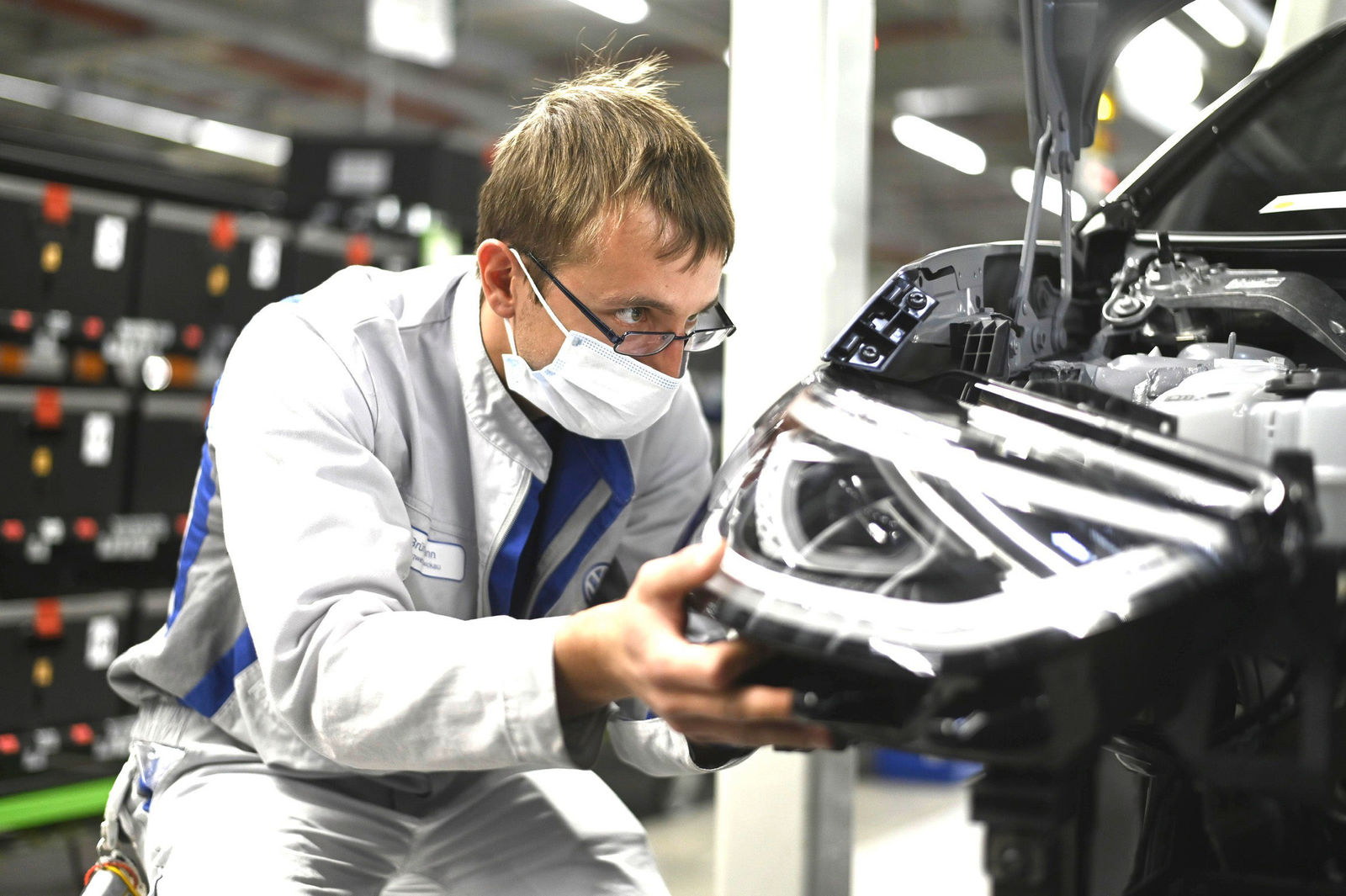 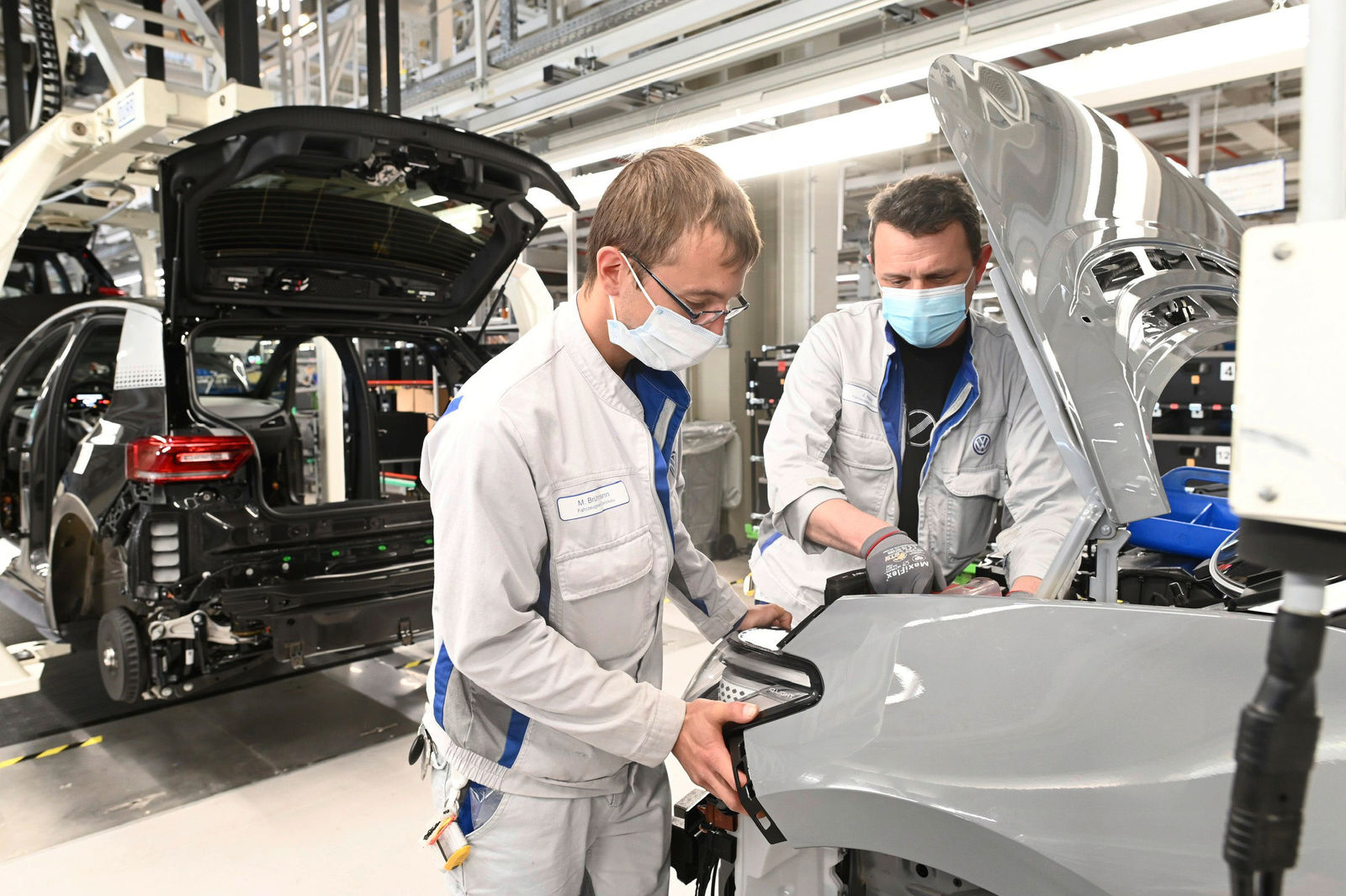 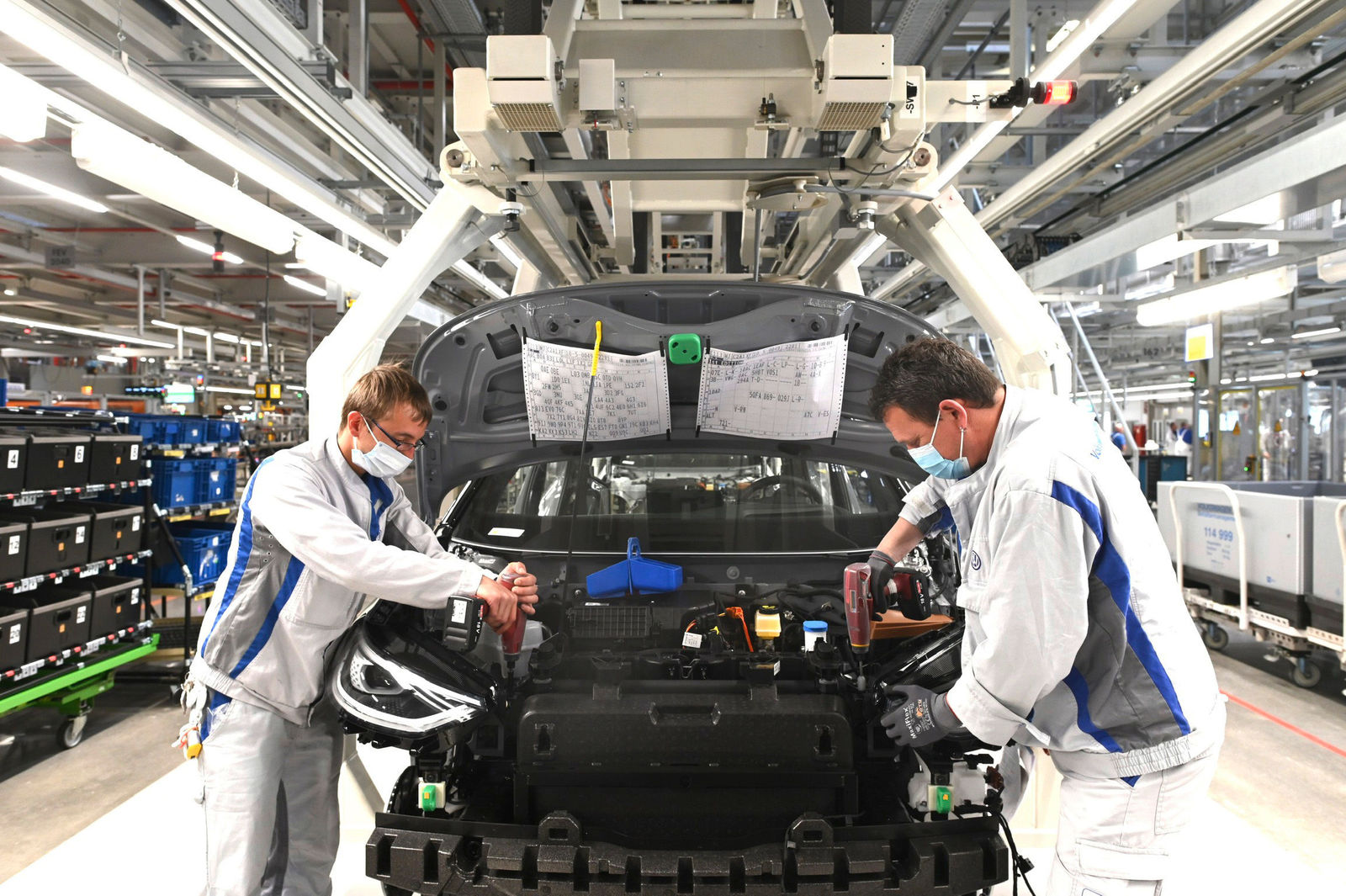