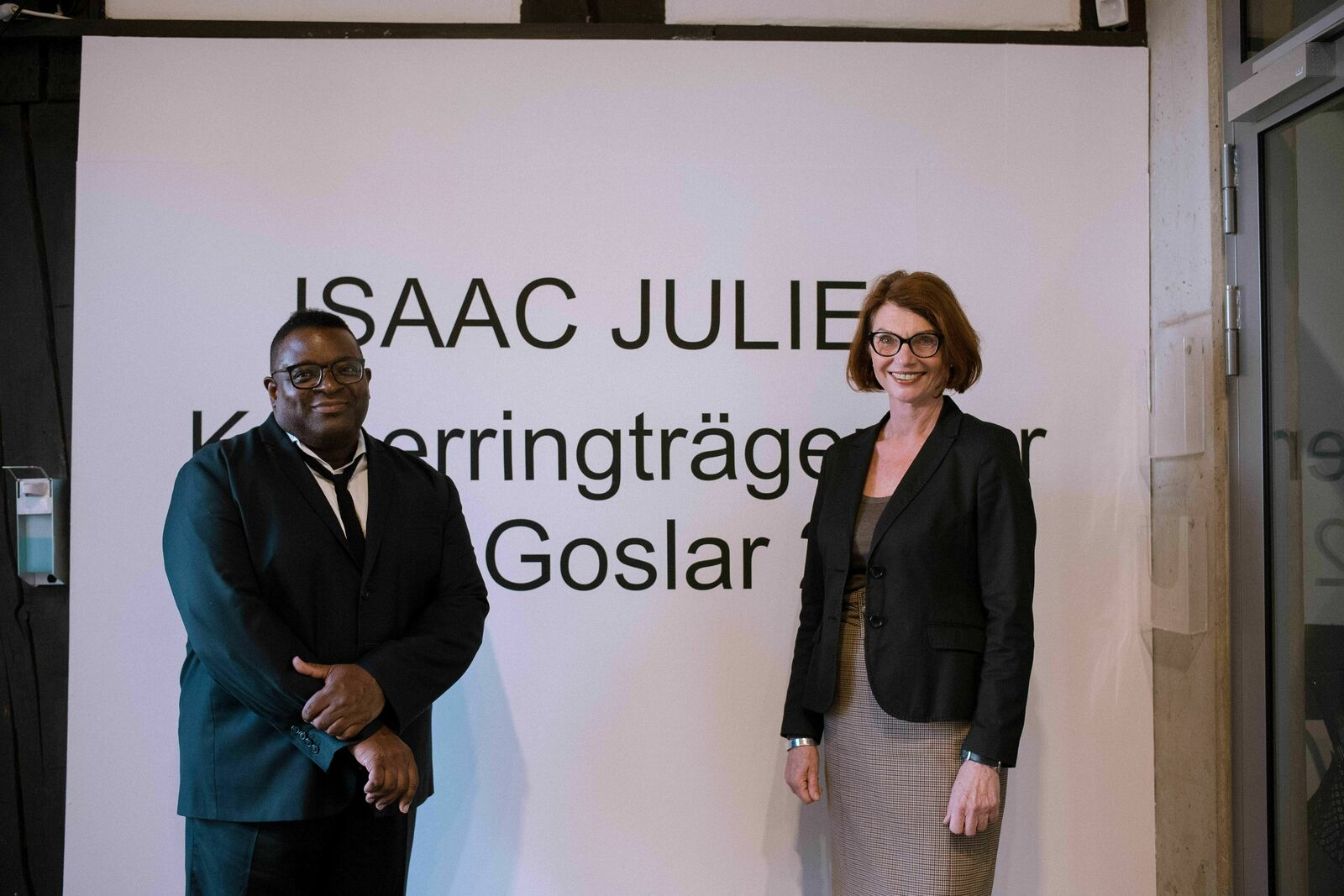 Isaac Julien is this year`s winner of the Kaiserring art award. Two artworks of the acclaimed British artist and filmmaker are on view at the Mönchehaus Museum in Goslar from October 8th until January 29th. On the right: Dr. Bettina Ruhrberg, director of the Mönchehaus Museum, Goslar. Foto Credit: Philipp Gladsome
10/08/22
Wolfsburg
Volkswagen Group News
Press Release

Volkswagen supports the exhibition of this year’s winner of the Kaiserring art award Isaac Julien. From October 8th until January 29th, two artworks of the acclaimed British artist and filmmaker are going to be on view at the Mönchehaus Museum in Goslar. In its role as partner of the exhibition Volkswagen helps the region to ensure that art is accessible to a large audience.

From October 8th, 2022, two key cinematic artworks are going to be on display at the Mönchehaus Museum: Looking for Langston from 1989, widely seen as Isaac Julien’s international breakthrough, and Lessons of the Hour from 2019, dedicated to the abolitionist Frederick Douglass and one of Julien’s most influential works in the recent years. The video installations are complemented by a series of independently created photographic works featuring scenes from both movies.

In their justification, the Kaiserring judges acknowledge the winner’s creations: “Isaac Julien tears down barriers between different artistic disciplines, by drawing from film, dance, photography, music, theatre, painting and sculpture and by combining them into a highly sensual visual narrative. Julien’s work addresses the important social and human subjects of our time and encourages others to rethink and explore social responsibility anew.”

Benita von Maltzahn, Director Cultural Engagement at Volkswagen: “With our support for the winner exhibitions we further empower leading artists of our time, and we help the region to create momentum. We are proud that Goslar is the place where every year one of the most important international art awards is being handed over. We are committed to make art and culture not only accessible for a wide audience but also stronger in the region. That’s why we are glad that the current show of Isaac Julien’s work adds a new attraction to Goslar.”

Since 1975, the city of Goslar has been awarding internationally leading contemporary artists with the Kaiserring. Among the recent recipients of the non-monetary award are Olafur Eliasson, Isa Genzken and Wolfgang Tillmans. The collaboration with the Mönchehaus Museum is a significant element of Volkswagen’s efforts to support culture and the arts in the regional spheres of corporate facilities and beyond. This engagement opens ways for new perspectives and ideas which are vital for a forward-looking and confident progress in society. The partnership for this exhibition project belongs to the wide-ranging corporate work with which Volkswagen assumes social responsibility in different parts of the world, and which is carried out together with strong partners in order to foster culture and the arts and to create encounters with creative visions for as many people as possible.

Isaac Julien (*1960 in London) is a British artist and filmmaker. His international activities for cinema, art museums and galleries span over four decades. He studied fine arts and film at the Saint Martin’s School of Art, and in the 1980s he was a co-founder of the “Sankofa Film and Video Collective”, which focused on developing an independent black film culture. 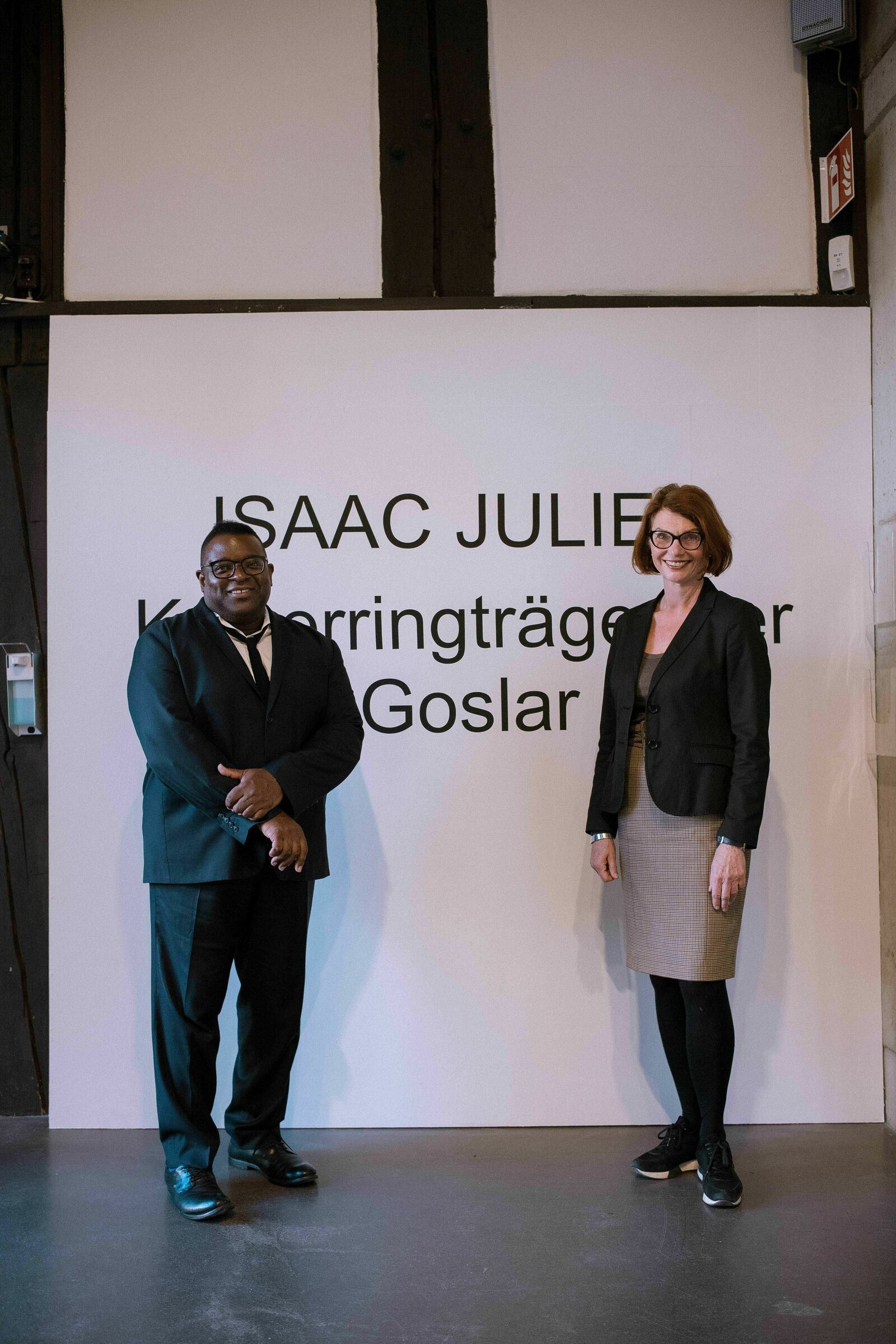 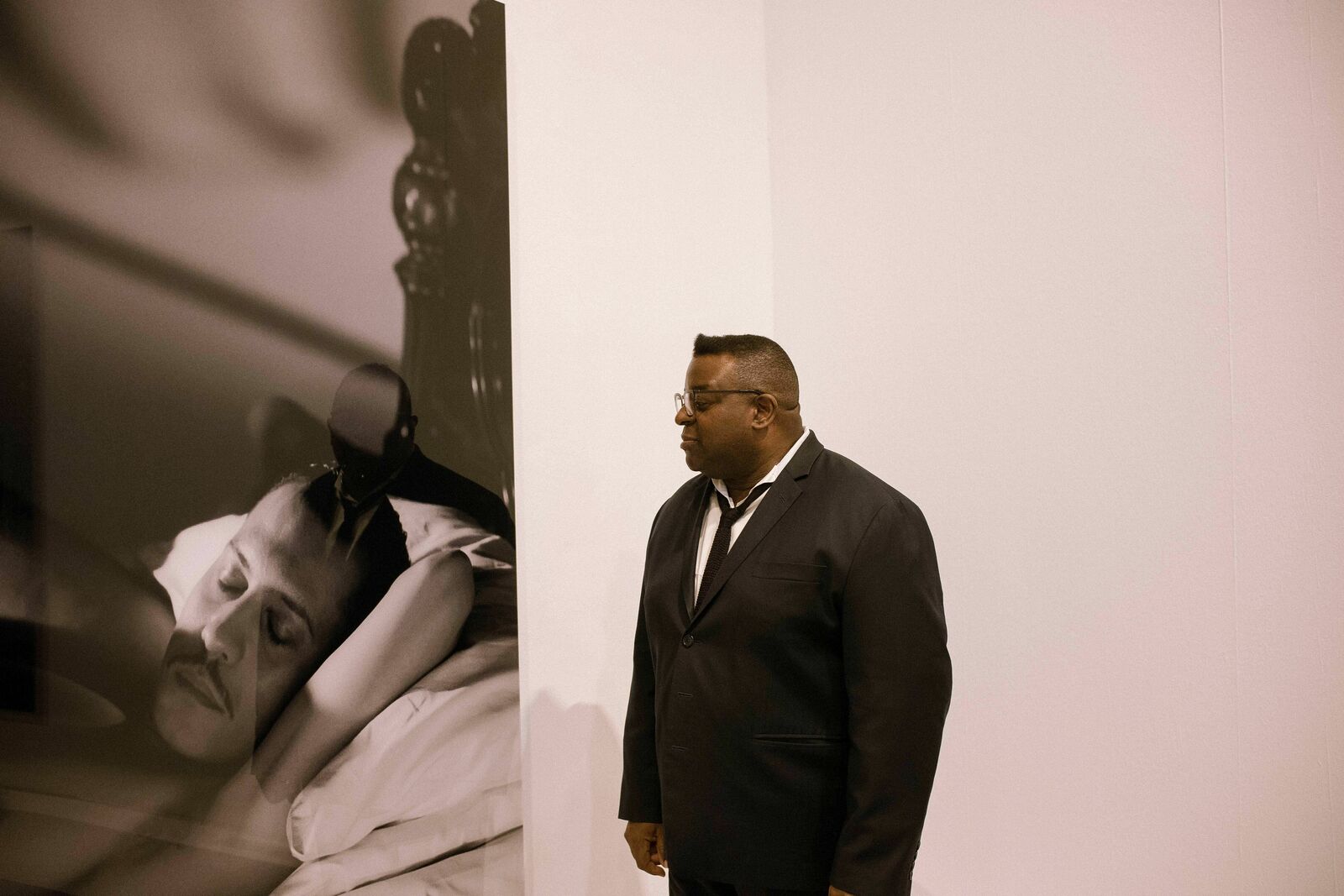 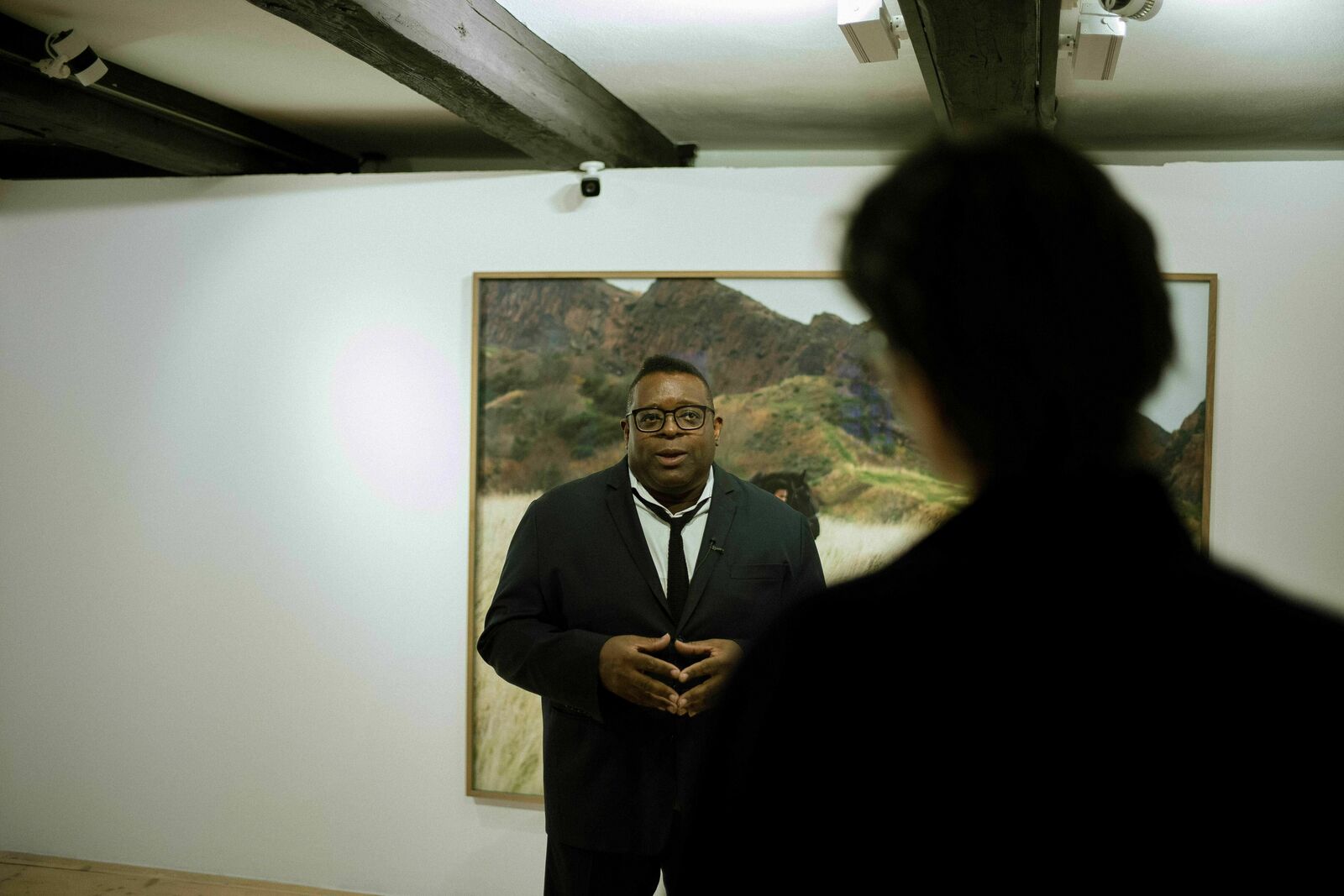 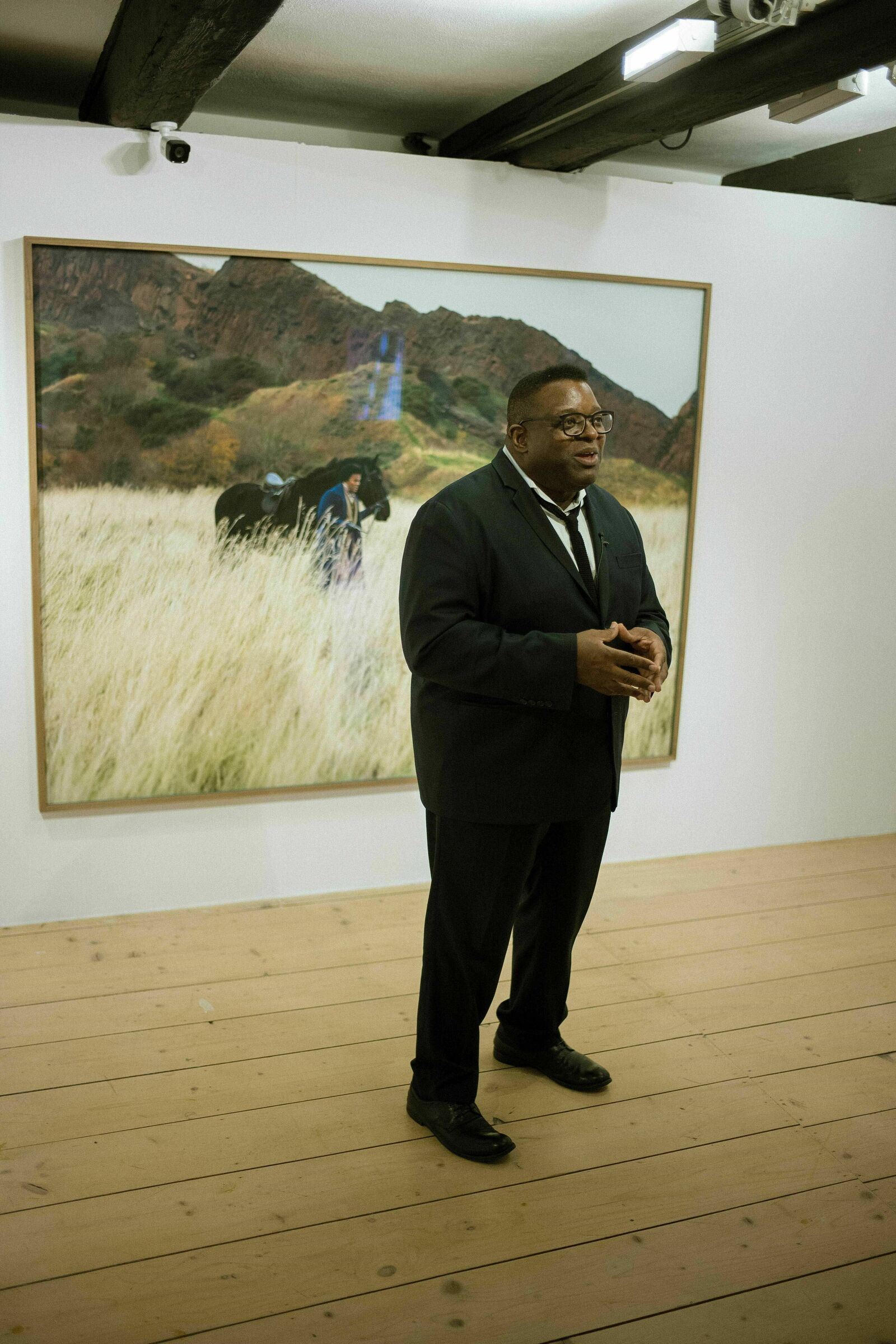 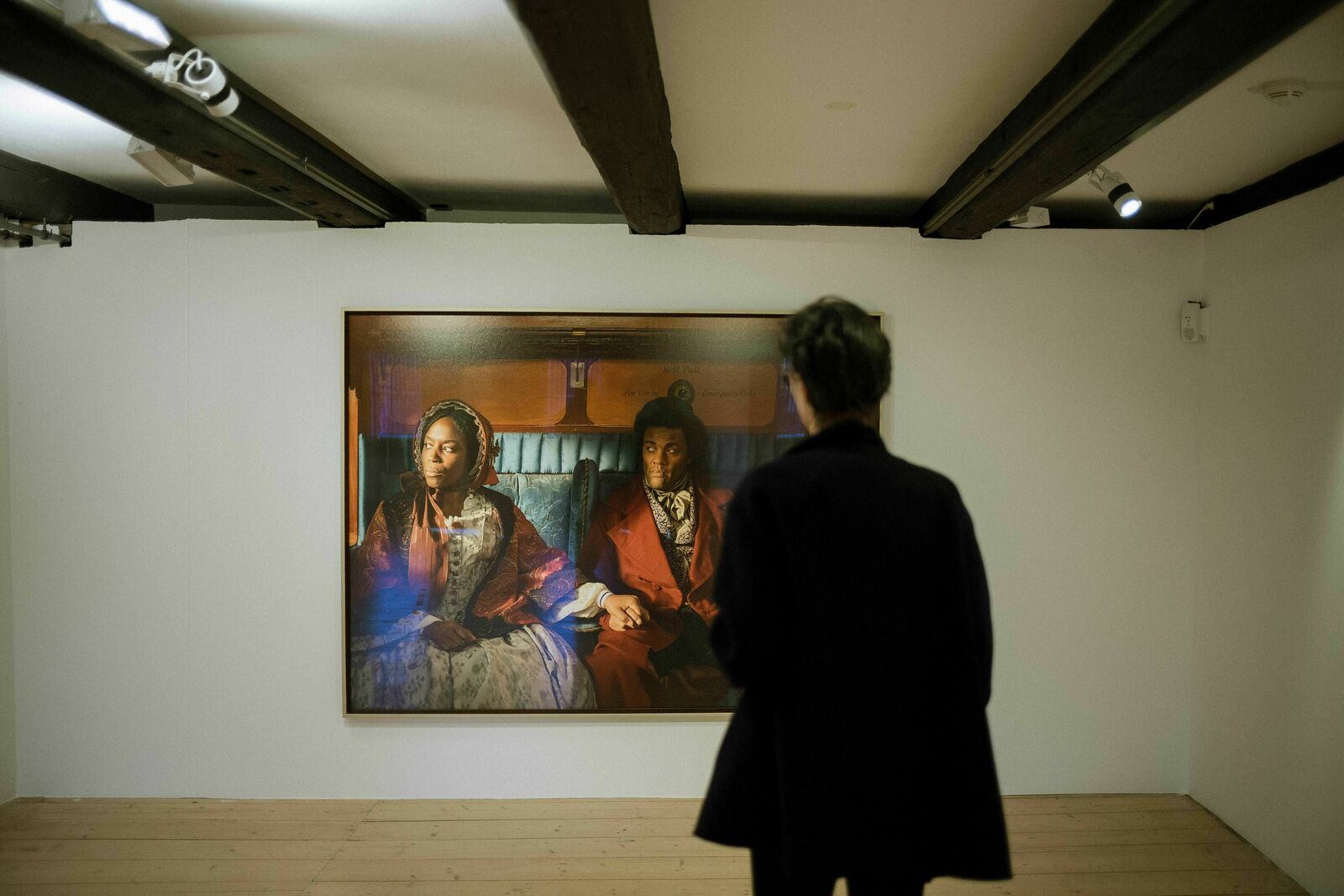