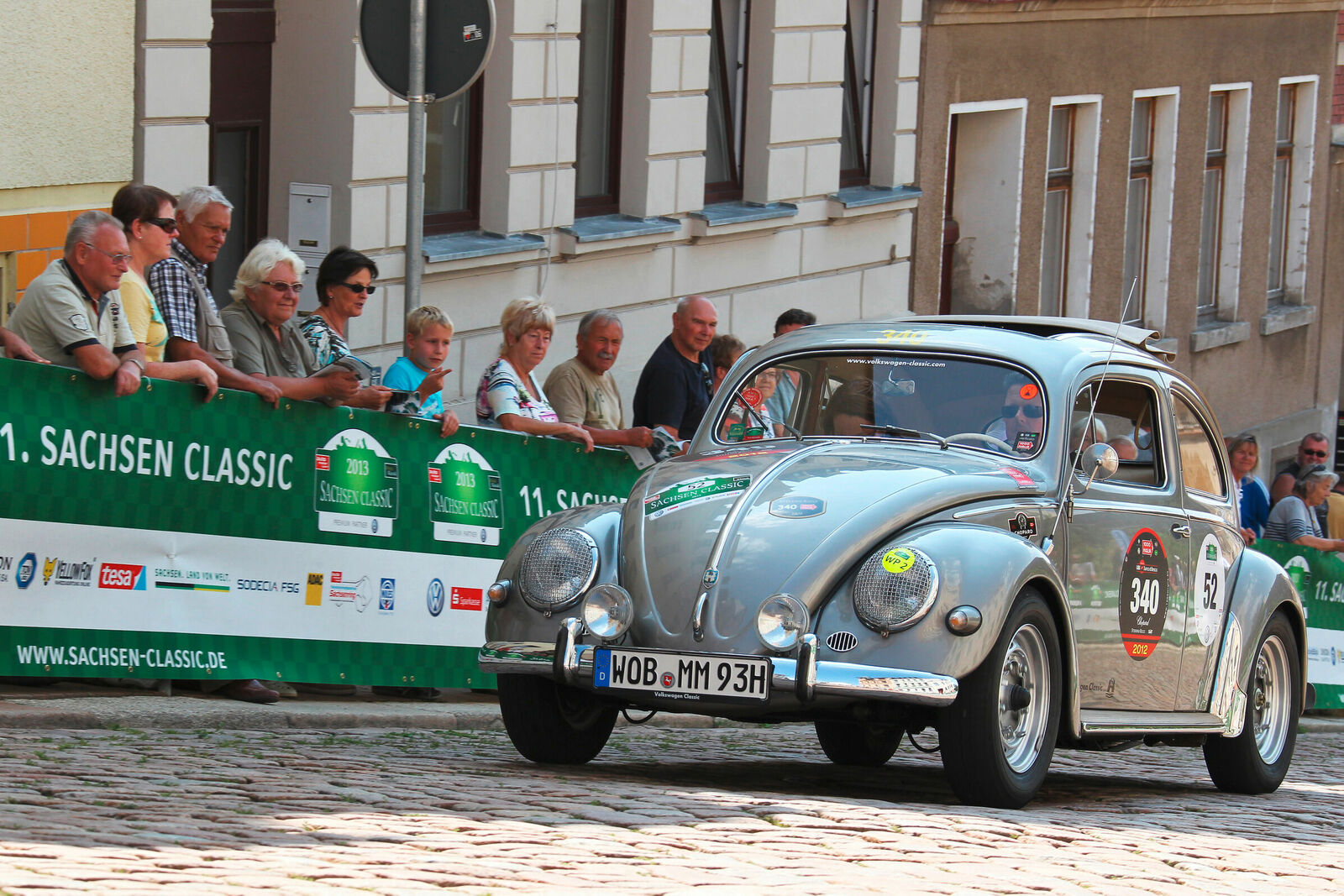 Volkswagen on tour this summer at the 2018 Sachsen Classic

Once again this year, more than 20 classic cars from the Volkswagen Group and Autostadt collections will be making an appearance at the Sachsen Classic. Volkswagen’s Zwickau and Chemnitz production plants will be the start and finish of the long-running regularity rally taking place from 23 to 25 August.

A festival atmosphere is guaranteed as close to 200 classic vehicles pass the many picturesque towns and villages that line the delightful route through Saxony and the Ore Mountains, all the way to the Czech Republic. There will be large crowds of enthusiastic spectators all along the route. This is what makes the Sachsen Classic so special and is something that goes back a long way. The region is considered to be one of the birthplaces of automotive construction – the company Horch began producing luxury vehicles in Zwickau some 112 years ago. The Volkswagen Group has likewise been based in the Free State of Saxony for some time with its production plants in Zwickau, Chemnitz and Dresden, and is also at home in the neighbouring Czech Republic with the ŠKODA brand. The Golf and Passat and their respective engines are manufactured in Zwickau and Chemnitz, while Die Gläserne Manufaktur in Dresden is considered Volkswagen’s centre of excellence in the area of e-mobility.

The Volkswagen Group has been supporting this rally which is open to vehicles built up to 1998 right from the start. At the 2018 event, Volkswagen Classic, Volkswagen Nutzfahrzeuge Oldtimer, Audi Tradition, ŠKODA Classic and the Autostadt will be presenting more than 20 fascinating examples of automotive history from their collections.

Volkswagen Classic is taking nine vehicles to the event in Saxony, including fired-up water-cooled models and sporty air-cooled candidates. Four modern classics promise serious G-Lader driving enjoyment: a Polo G40 from 1992, a 1989 Golf Mk2 G60 Rallye and a Passat Variant G60 from 1996, while the rare Corrado G60 16 V, a 154 kW (210 PS) one-off built by Karmann in Osnabrück in 1989 for testing purposes, will be a real eye-catcher.

Five teams will spend three days savouring air-cooled driving enjoyment in Saxony. Members of the Dresden Kreuzchor choir will hit the road in an uplifting summer yellow T2 a/b camper van from 1972. And the Volkswagen Saxony team will line up with four very special Beetles: the powerful 1302 ‘Theo Decker’ Beetle from 1972, the 1302 S Rallye ‘Salzburg’ from 1971, the ‘Mille Miglia’ Oval Beetle from 1956 and – making its touring debut – a newly restored US model of a 1303 Cabriolet from 1980.

Two by four plus two by two on tour

The Autostadt in Wolfsburg will enter the 2018 Sachsen Classic with two very special pairings: the Volkswagen Type 261, a T1 pickup from 1956, will hit the rally route with a Ducati Scrambler 350 from 1973 loaded on the back. And the exclusive duo comprising a Volkswagen Beutler pickup from 1951 and an NSU Quickly from 1953 as its load will likewise attract a lot of attention. The classic Ducati will also be in action itself when the motorbike group sets off on the Thursday.

A total of 560 kilometres and numerous demanding special stages will be tackled over the three daily legs. Zwickau’s main square will once again be transformed into a fascinating automotive open-air museum for the start of the event on 23 August. There will also be a motorbike stage, with the classic two-wheelers setting off at 10 a.m. on the Thursday. The Sachsen Classic rally traditionally gets under way at 12.01 p.m. On the Thursday, the rally will depart from Zwickau and make its way through Saxony. It will head into the Czech Republic on the Friday, while the Saturday leg will explore the Ore Mountains. Once again in 2018, two of the route highlights will be the spectacular ‘Steep Wall’ in the town of Meerane – a hill road with a 12 per cent gradient – and a detour to include the Sachsenring circuit.
This year, the classic car tour will finish in Chemnitz, with the entrants scheduled to arrive on Straße der Nationen from 3.45 p.m. on 25 August.

Lower Saxony will also be sending culinary greetings to Saxony: the Currywurst camper van and the Volkswagen ice cream van will be located on Zwickau’s main square to provide sustenance in style. It will therefore not only be the classic cars that will delight many of the fans at this year’s Sachsen Classic, but also the Wolfsburg company’s top-selling ‘genuine part’ – Volkswagen’s sausage with curry sauce. 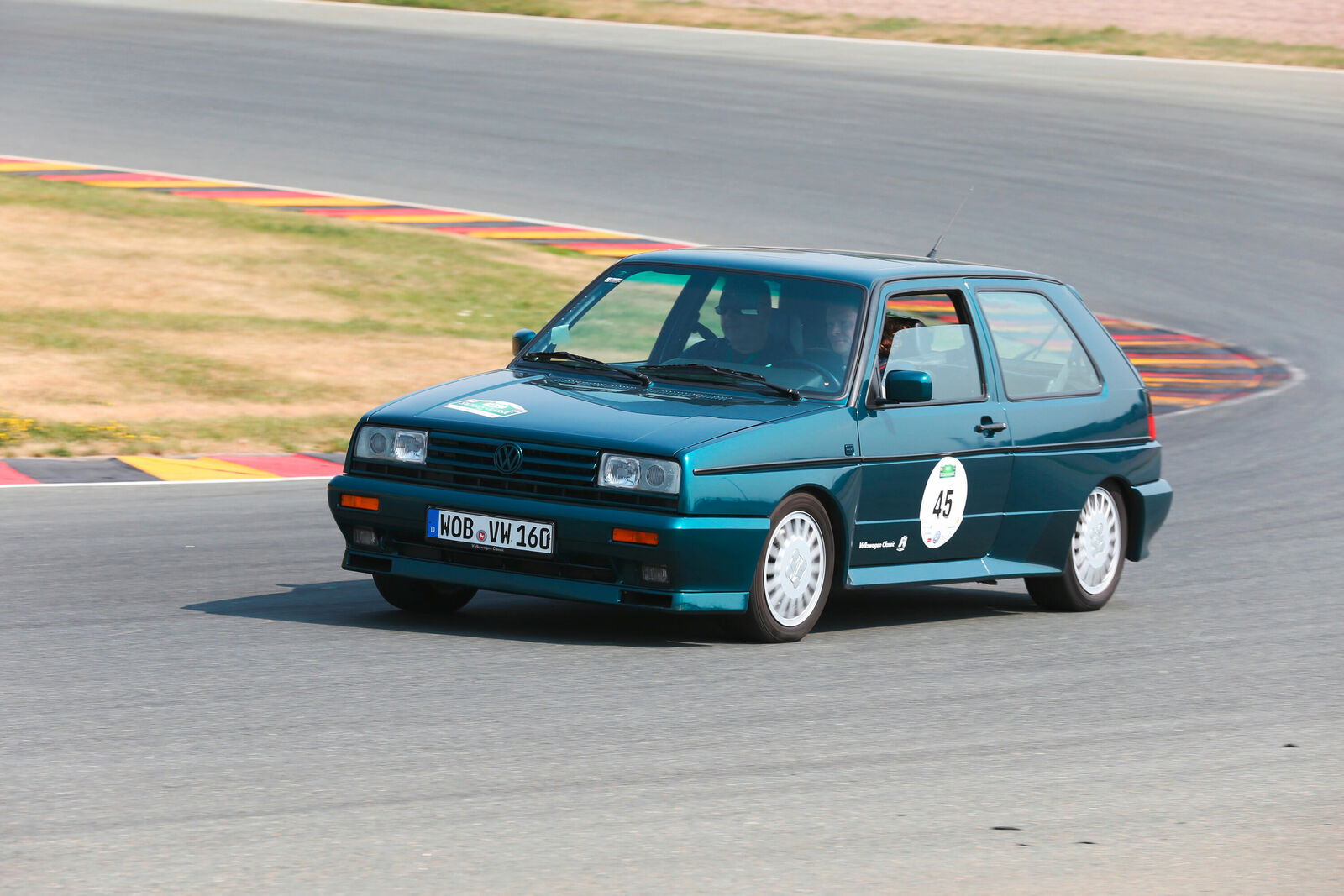 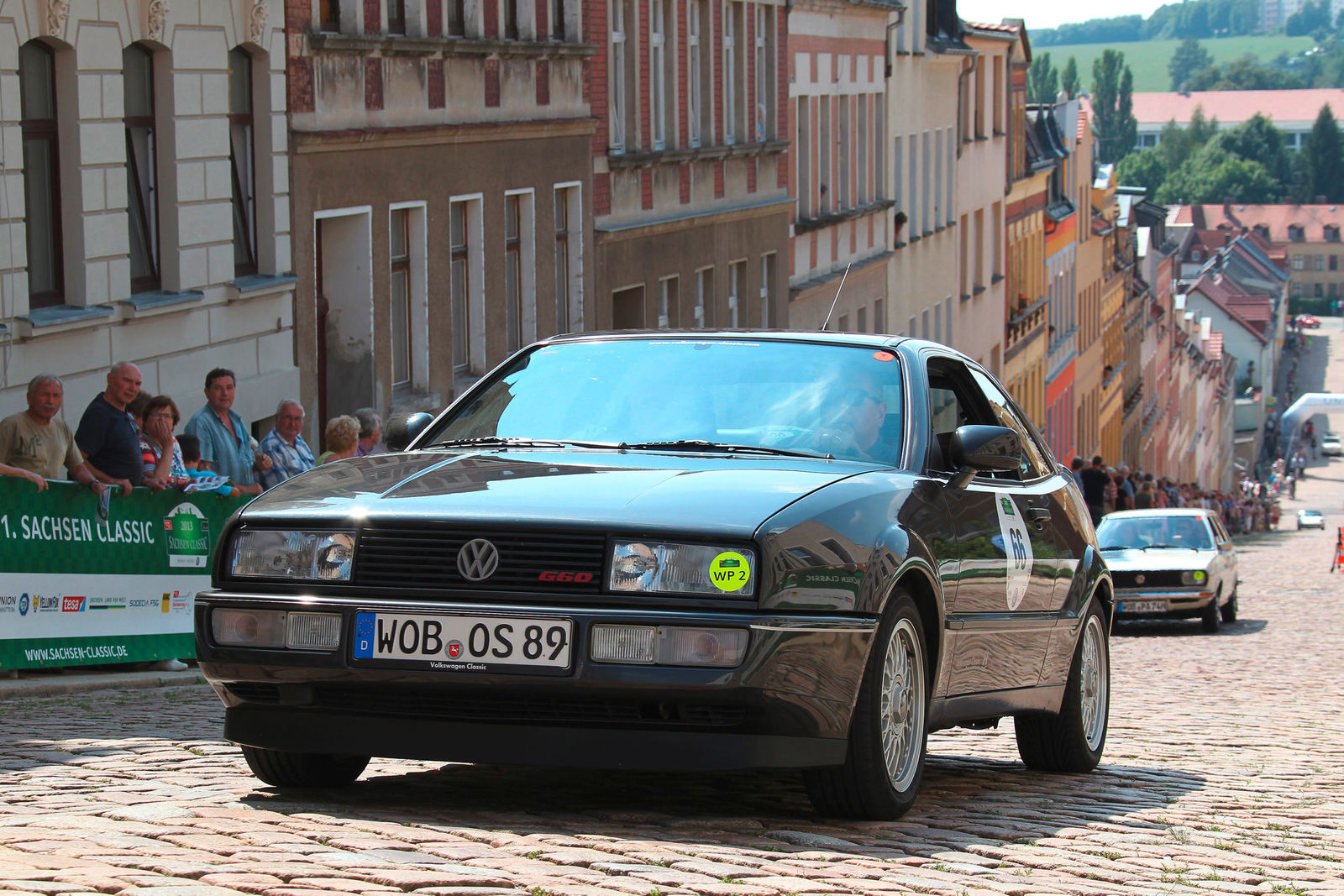 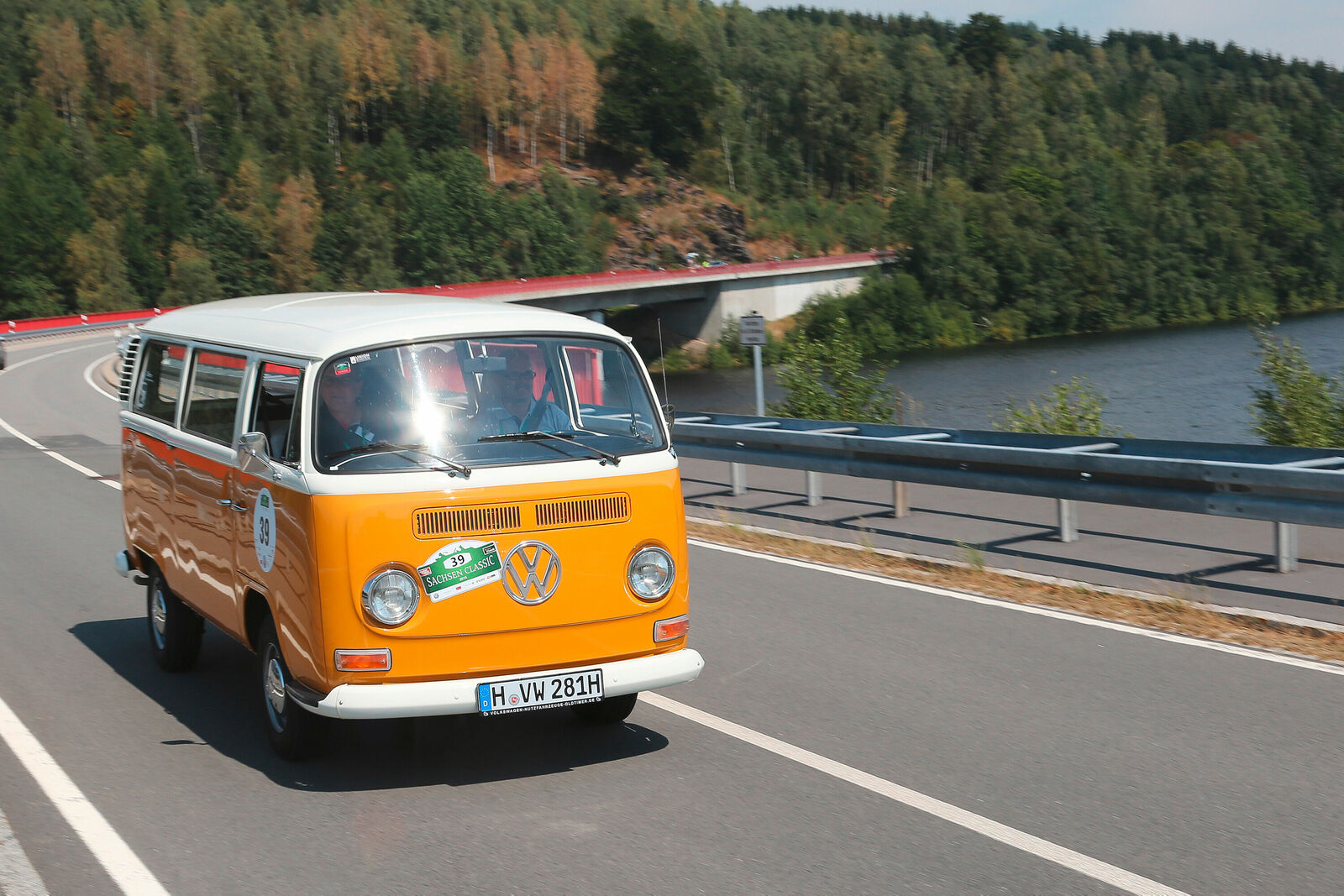 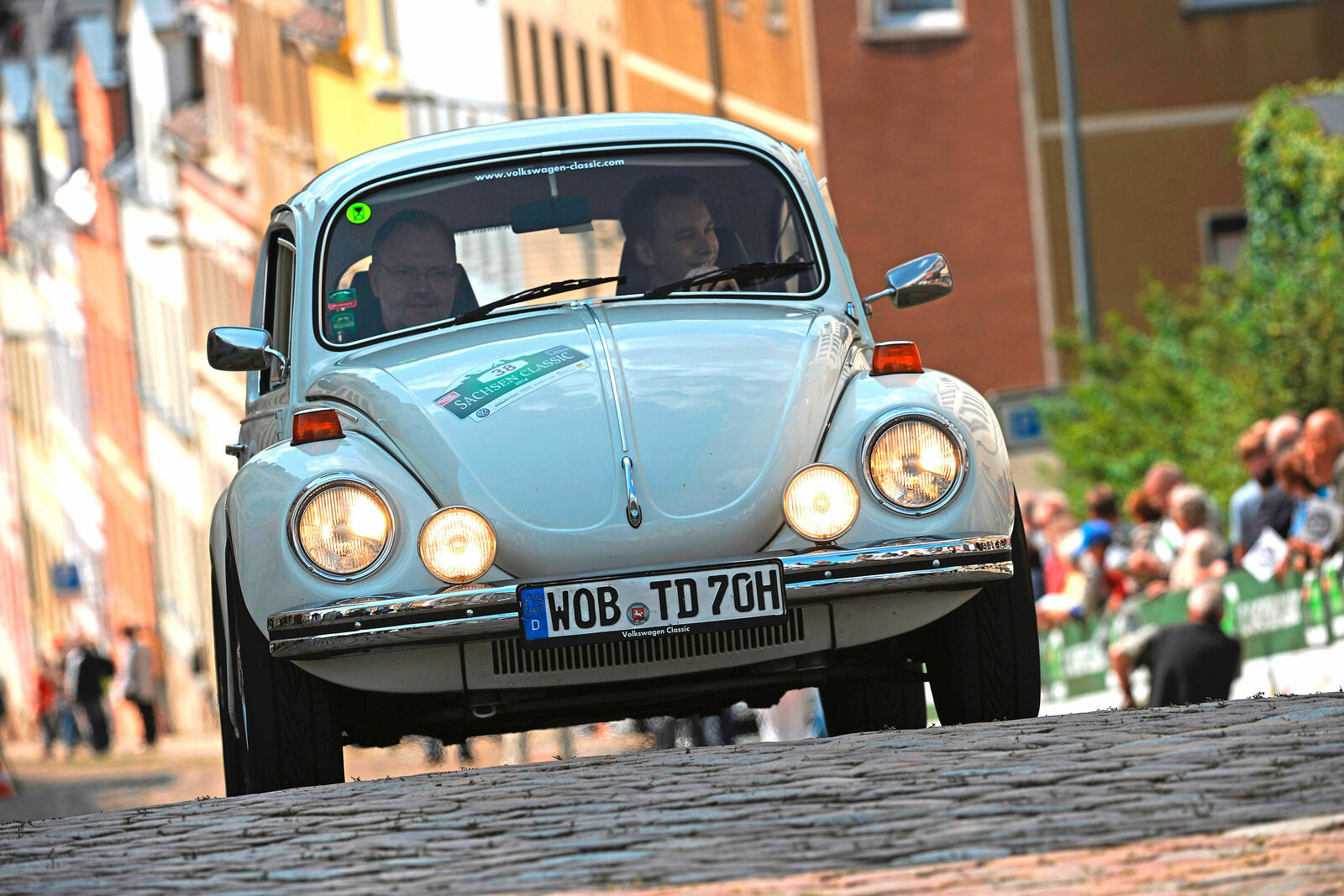 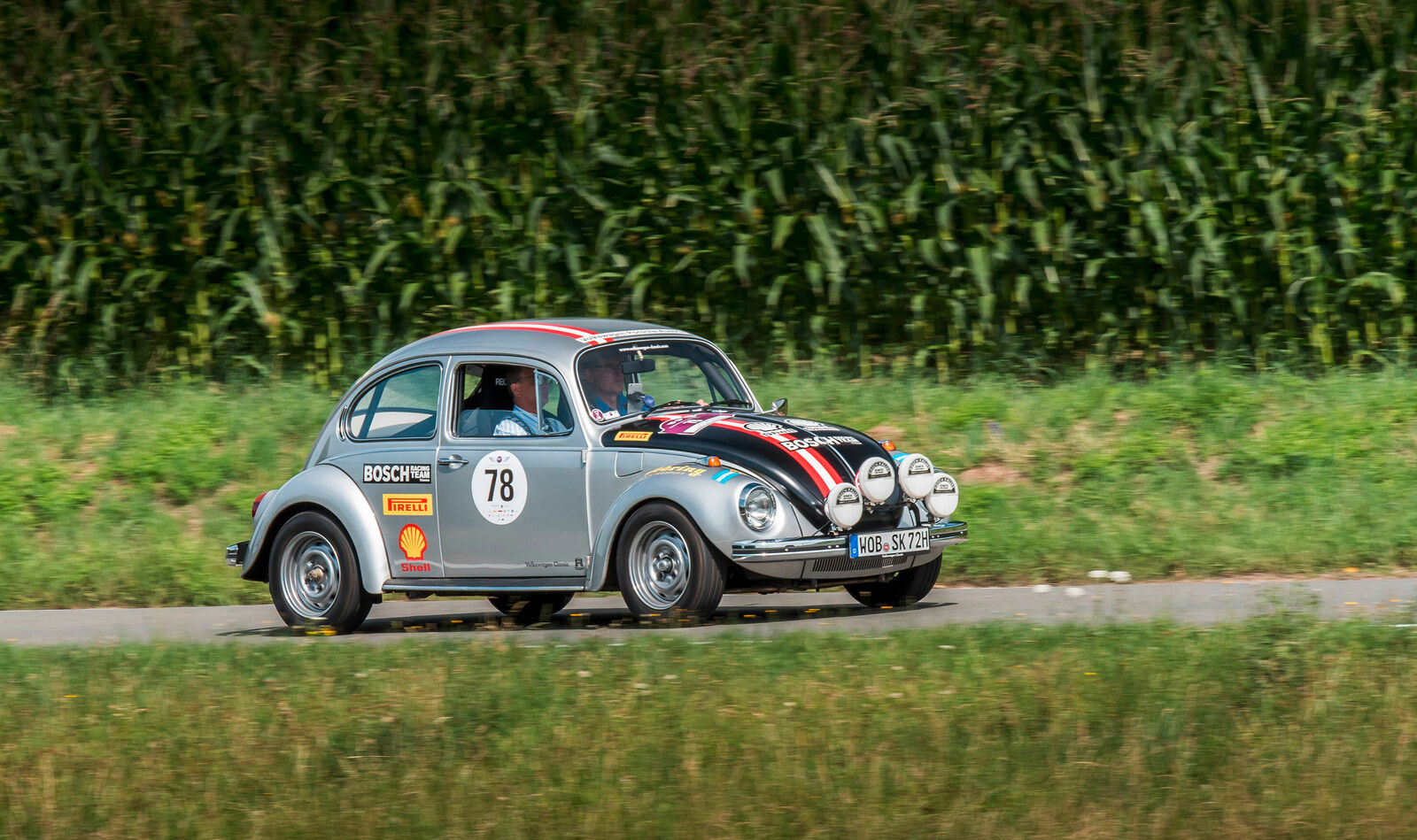 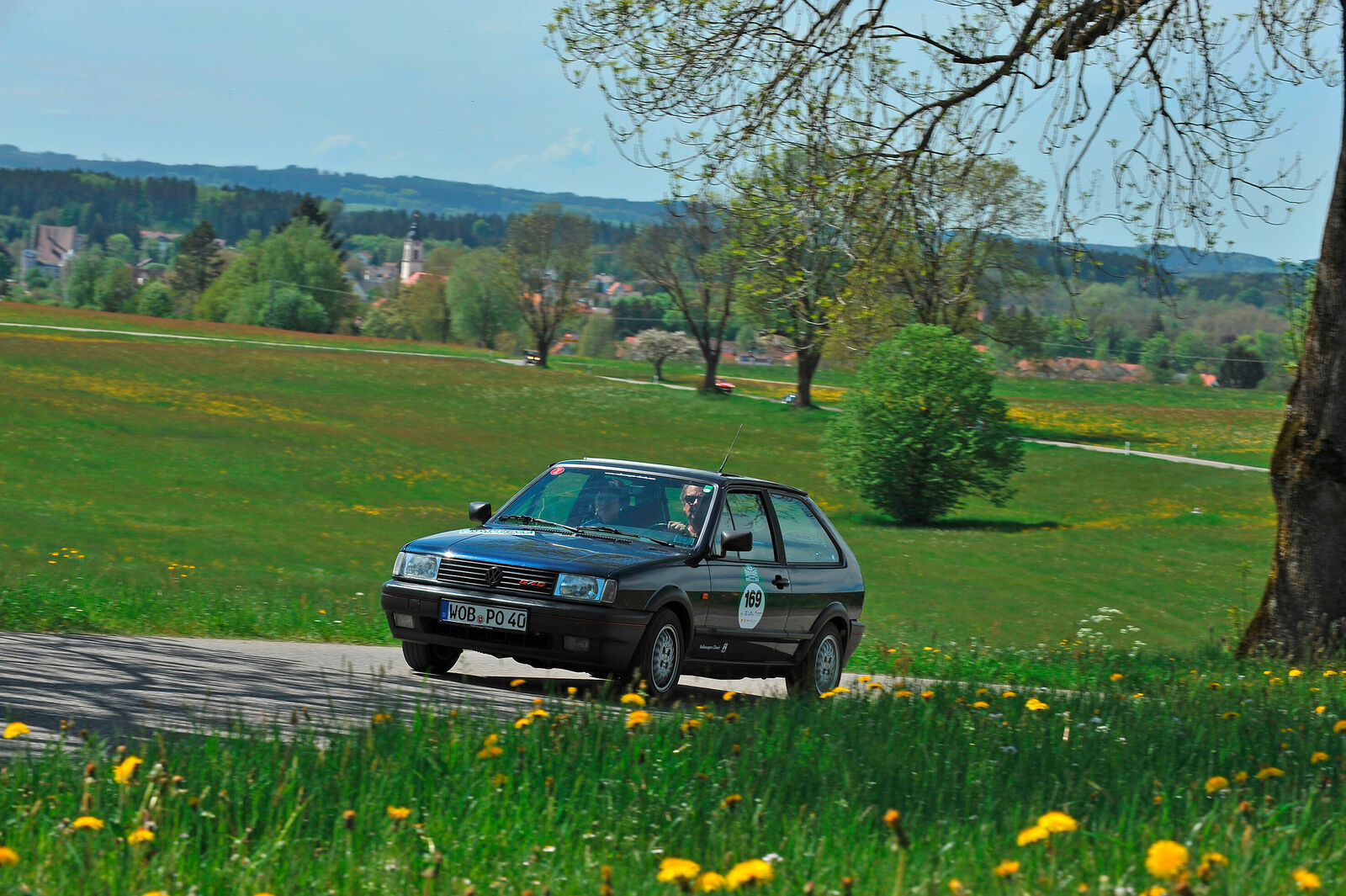 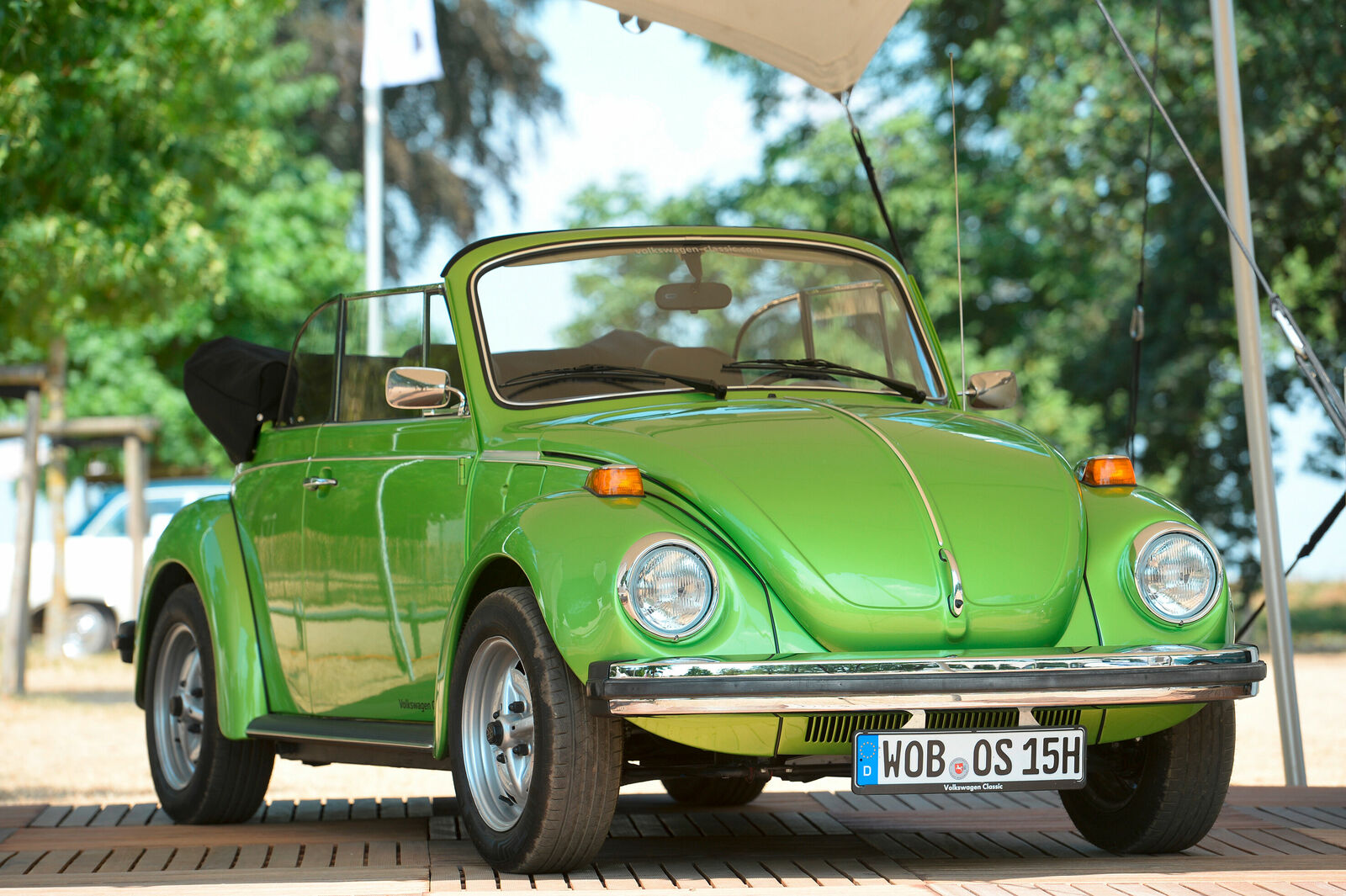 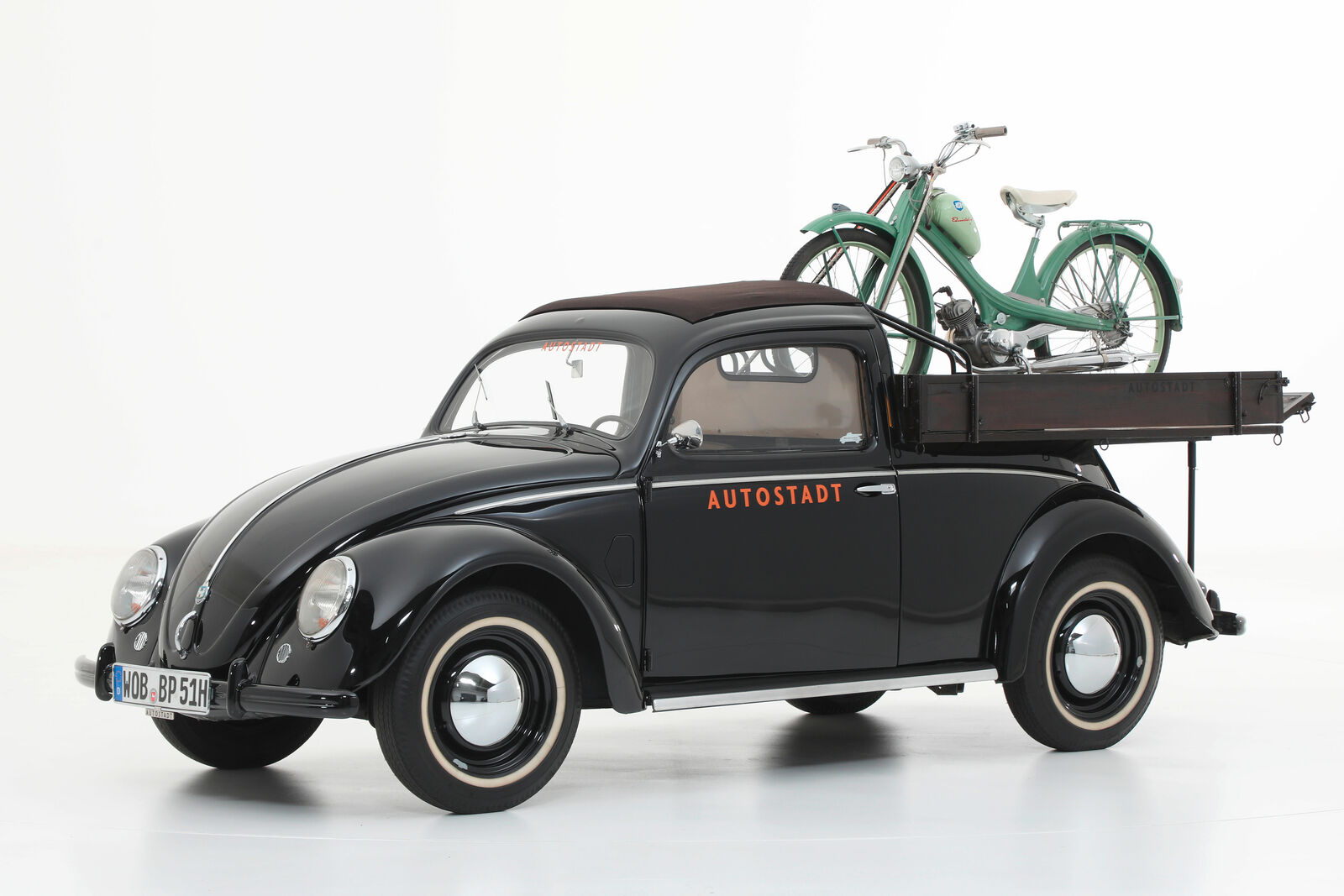 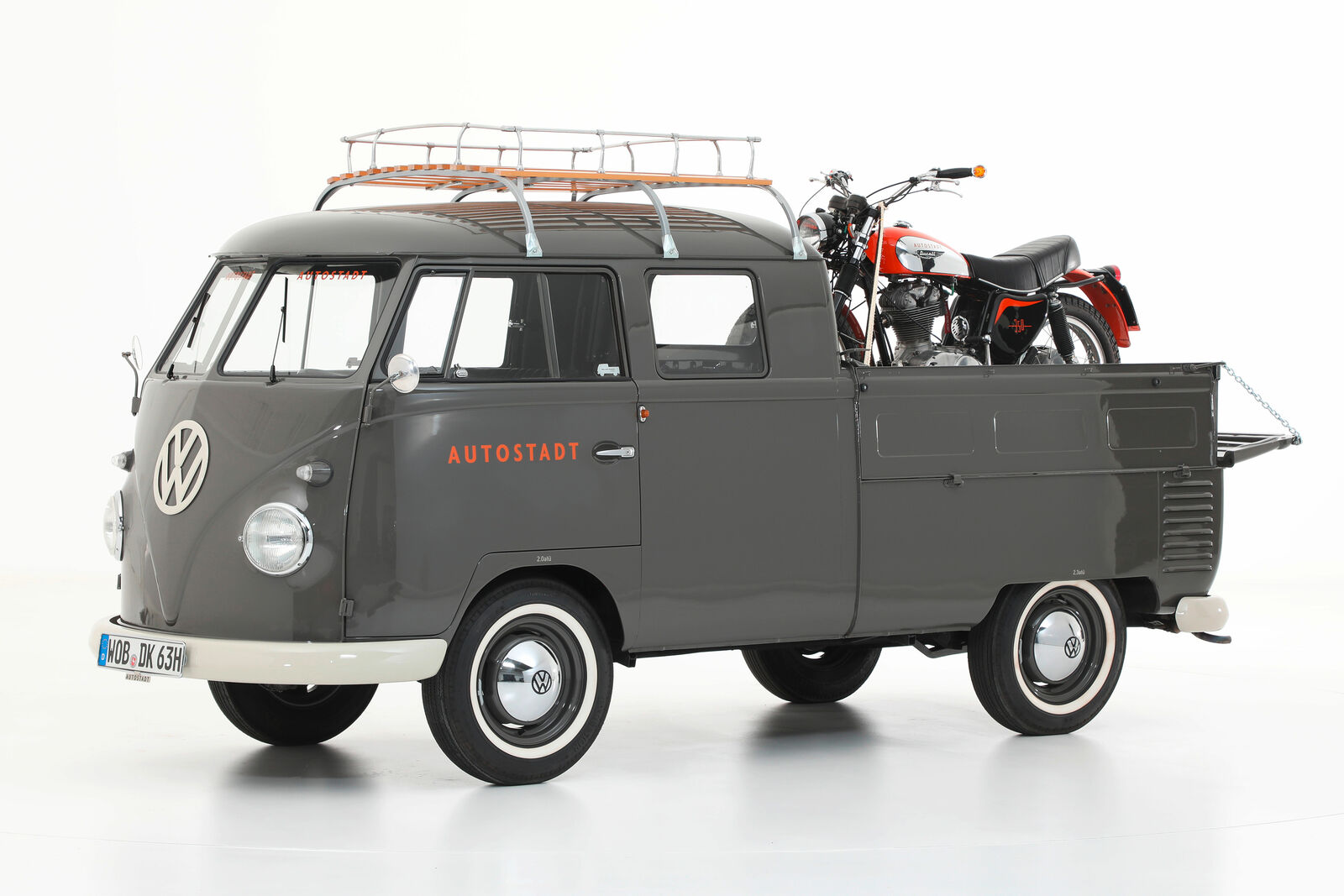