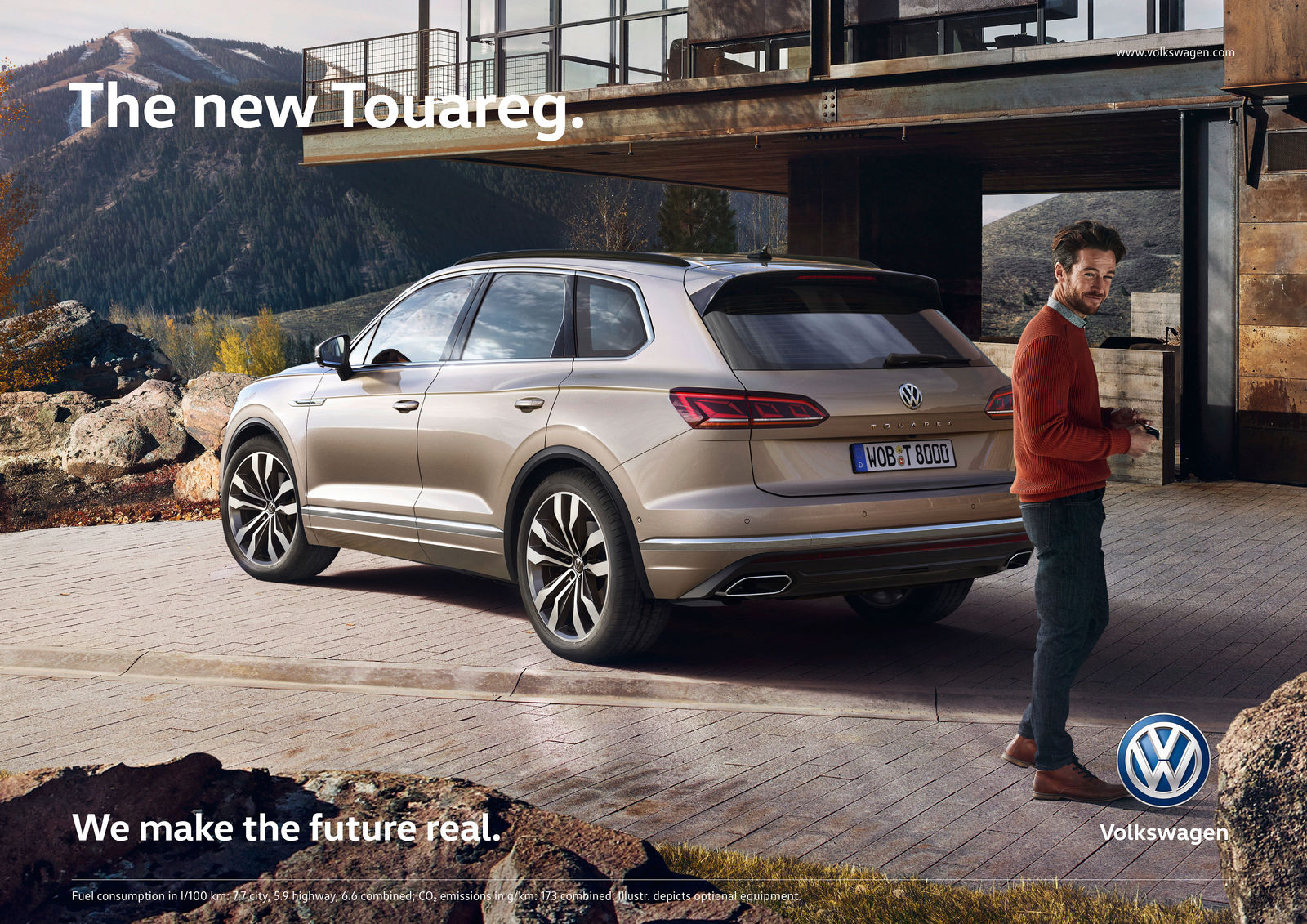 Volkswagen is taking the next step towards the market launch of the new Touareg. Since June 1, a 360° campaign including TV, printed media and social media channels is to be launched in Germany. Other European countries are to follow from mid-June. The Touareg is the brand’s new flagship and will occupy a leading position in the luxury SUV segment with its innovative operation, comfort and safety systems. The campaign designed by Grabarz & Partner presents these features in an appealing and humorous way.

The new Touareg campaign focuses on innovations such as the fully digital Innovision Cockpit or the new LED matrix headlights. The groundbreaking functions are presented in various media in a humorous way using classical father-daughter situations.

The TV spot focuses on the most important day in the life of a teenager, her prom, or school-leaving ball. Her father lends the new Touareg to his daughter to drive to the ball. What first appears to be a demonstration of trust is soon revealed as an attempt by the father to ward off possible admirers: the innovative and exciting car attracts the attention of all the young man. The online films focus on the LED matrix headlights, the ambient lighting and the Night Vision assistance system of the SUV. Here too, the films play on typical everyday father-daughter situations.

The print media motifs underscore the the Touareg’s SUV features. The contrast between the glossy paintwork of the car and the rugged terrain of the surroundings makes the Touareg stand out at the same time as showing how it is authentically integrated in its environment. The social media channels will present a large number of moving image snippets, panorama shots, car shots and “making-of” scenes.

The official pre-sales stage of the new Touareg already started in April 2018. From the summer, the new Touareg will be delivered with the three design packages Elegance, Atmosphere and R-Line as well as in the basic version. Potential customers can obtain more information on the brand’s new flagship at www.volkswagen.de/touareg and in the social media.