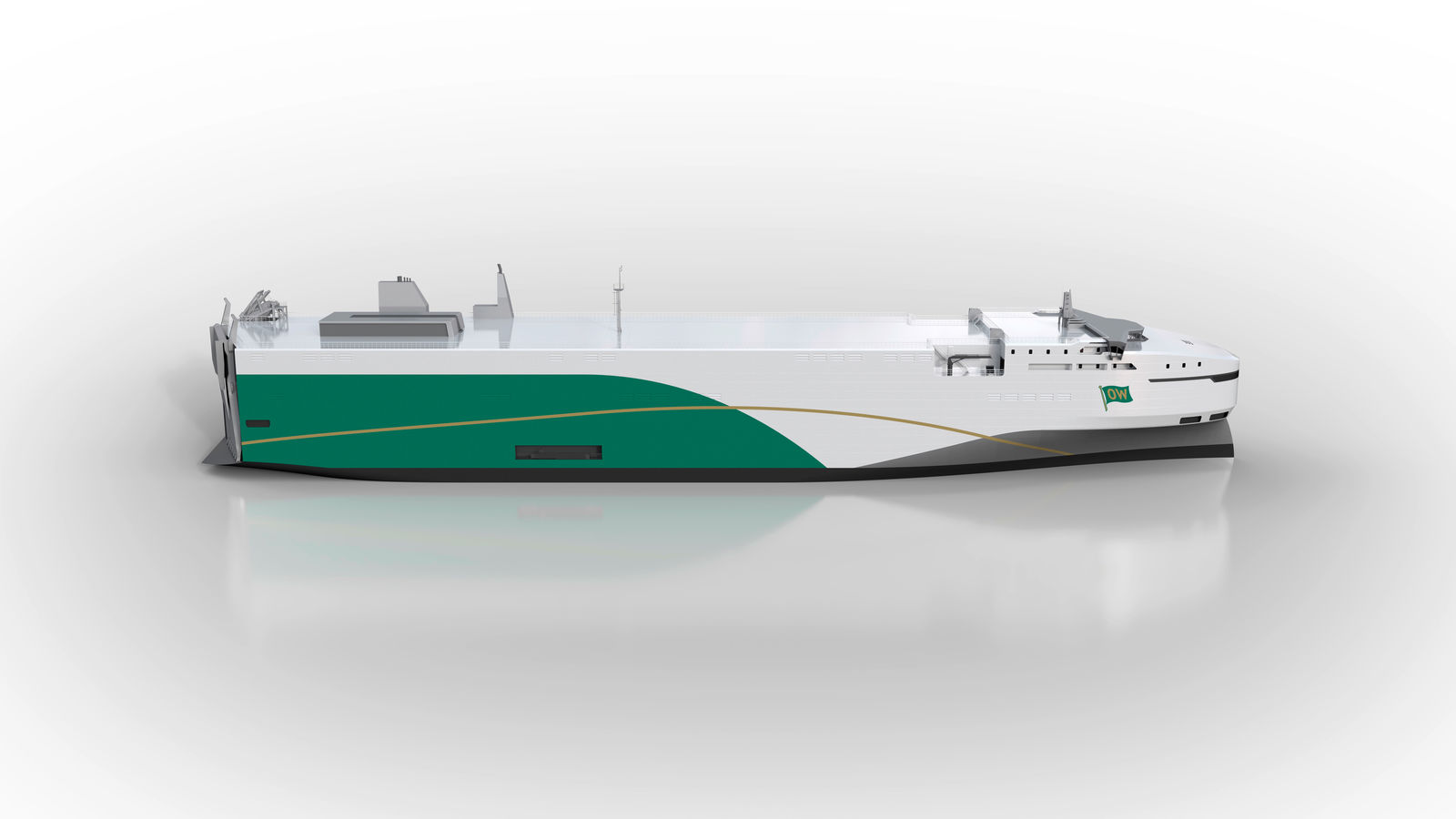 Volkswagen is the first automaker to transport most of its new vehicles overseas using low-emission LNG ships (LNG – liquefied natural gas). After the first two LNG car carriers entered service in 2020, Volkswagen Group Logistics has now ordered four more ships with dual-fuel engines that can be powered with environmentally friendly liquid gas. They should be traveling the world’s oceans by the end of 2023, serving the North American route between Emden in Germany and Veracruz in Mexico. On the return trip, the LNG ships will transport new vehicles destined for Europe. Soon, six of the nine car carriers crossing the North Atlantic for Volkswagen will be powered by LNG.

The further decarbonization of shipping will result in substantial CO2 reductions, with the use of liquid gas enabling Volkswagen to cut the ships’ CO2 emissions by up to 25 percent (tank-to-wake). “In line with the Group’s commitment to e-mobility and climate-neutral production, the LNG fleet used by Logistics represents a major contribution to making Volkswagen net carbon neutral by 2050,” says Simon Motter, Head of Volkswagen Group Logistics.

Volkswagen was one of the first car manufacturers to subscribe to the goals of the Paris Climate Agreement that aim to limit global warming to significantly less than two degrees by 2050. The Volkswagen Group has therefore committed to e-mobility as well as to the sustainable production and use of new electric vehicles. The company follows the principle of focusing first on the avoidance of CO2 emissions and then on reducing emissions as far as possible. Only unavoidable emissions are offset by climate protection measures.

In Germany, the Group has already switched all rail transport with Deutsche Bahn to green electricity and is extending this to transport throughout Europe. On coastal routes, the Group already operates two car carriers with biofuel produced from plant-based residues such as waste oil from the food industry. This has resulted in an 85-percent reduction in CO2 emissions (well-to-wake).

Simon Motter: “With these four additional LNG ships, Group Logistics is continuing its commitment to climate protection and pursuing the strategy of low-emission sea transport that was decided in 2016. The new ships will also permit the use of non-fossil fuels in the future, thus reducing CO2 emissions even further. Our aim is to make all our transport operations – by water, road and rail – environmentally friendly, clearly demonstrating the Volkswagen Group’s pioneering role in climate-friendly logistics.”

Exclusive long-term agreements have been signed with shipowners Wallenius Marine and SFL Corporation for the use of the four new car carriers on the North Atlantic route. The state-of-the-art ships are being built in China. They each have a capacity of around 7,000 CEU (car equivalent units), which corresponds to between 4,400 and 4,700 vehicles from the Volkswagen Group’s model mix. The ships will be powered by 13,300 kW dual-fuel engines from MAN Energy Solutions and, in eco-speed mode, will be able to travel at speeds of 15 to 16 knots (28 to 30 km/h).

In contrast to other LNG-powered marine engines, the two-stroke engines from MAN Energy Solutions use a high-pressure technology that results in virtually no methane slip, making the ships chartered by Group Logistics especially climate-friendly. The two LNG ships that came into service in 2020 are also equipped with this climate-friendly technology, which was a key factor in choosing these ships.

The use of LNG not only reduces CO2 emissions. It also cuts the emissions of nitrogen oxides by up to 30 percent, soot particles by up to 60 percent and sulfur oxides by as much as up to 100 percent. The liquid gas-powered car carriers require no modification to be able to run on alternative non-fossil fuels such as biogas, e-gas from renewable sources and biodiesel.

It will also be possible to retrofit two of the new ships with battery cells to achieve further reductions in fuel consumption. All four LNG ships will have shore power connections which means they can eliminate all local emissions in ports providing this facility.

Each year, Volkswagen Group Logistics organizes some 7,700 ship departures worldwide. As well as utilizing capacities on hundreds of scheduled cargo vessels, eleven car carriers operate exclusively for Volkswagen. In the future, six of them will be powered by LNG. Two of the eleven charter vessels on the European coastal routes are powered by biofuel. Each year, the Volkswagen Group ships 2.8 million new cars. 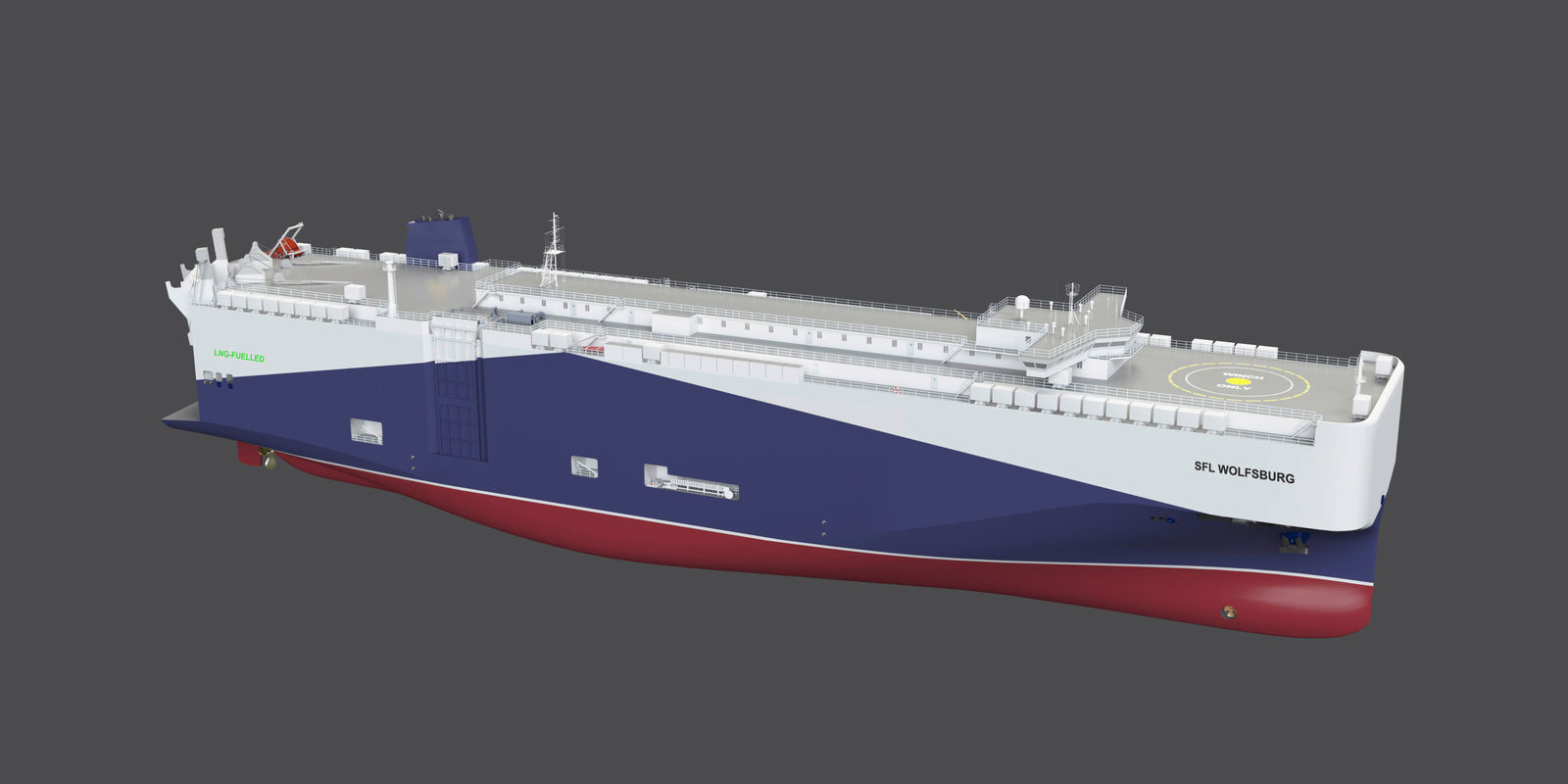