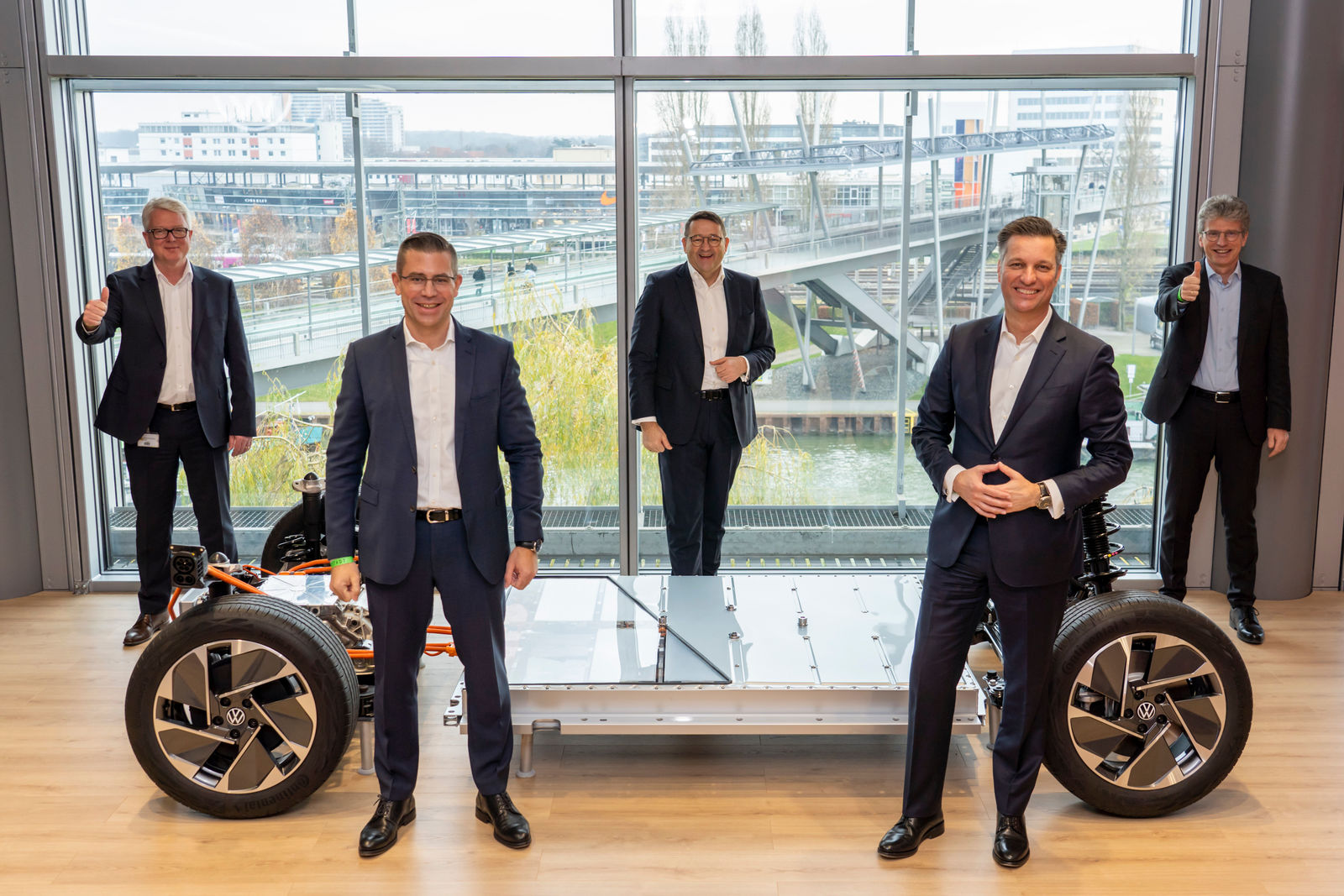 Volkswagen enters into strategic partnerships for the industrialization of battery technology

The Volkswagen Group has entered into three more strategic partnerships, further strengthening its position in the field of batteries. The new partners are the leading materials technology group Umicore, the battery specialist 24M Technologies, and cleantech company Vulcan Energy Resources Ltd. Although these three partnerships are independent from each other, they share a common goal: The industrialization of battery technology and the volume production of even more sustainable, cutting-edge batteries. The Volkswagen Group is consistently implementing its technology roadmap for the in-house development and production of battery cells, as presented at its Power Day earlier this year. In Europe alone, the Group plans to build six Gigafactories by 2030.

Thomas Schmall, Member of the Board of Management of Volkswagen Group for Technology and CEO of Volkswagen Group Components: “Volkswagen is implementing its battery strategy very consistently and at a high pace. Volkswagen’s unified cell must be at the forefront of performance, costs and sustainability right from the start. With our new partners, we are one step closer to reaching this goal. Together, we will focus on key parts of the battery value chain and develop cutting-edge technologies.”

Volkswagen AG and Umicore, a leader in clean mobility materials, plan to establish a joint venture designed to supply Volkswagen AG’s European cell factories with cathode materials. For Volkswagen AG, this is the next logical step towards vertical integration of the supply chain, having already decided to set-up large-scale, in-house production of the unified cell.

One key pillar is establishing a long-term partnership that includes the sharing of investments and having a framework to develop next generation technologies, among other things. Moreover, the joint venture aims at jointly building up precursor and cathode material production capacities in Europe, and sustainably securing responsibly sourced raw material capacities at competitive prices. Close cooperation to foster cost optimization activities and increase efficiencies in production processes are also on the agenda.

“We are very pleased to become a long-term partner for Volkswagen in achieving its ambitious e-mobility strategy in Europe and in bringing our long-standing and proven expertise in rechargeable battery materials to this unique joint venture,” said Mathias Miedreich, CEO of Umicore. “The complementarity of our extensive technology, innovation and industrial know-how, will provide a strong framework to develop next generation battery material technologies, giving us a considerable first-mover advantage in this fast-growing market.”

All proposed approaches and processes are subject to final agreements and customary conditions, including certain regulatory approvals. At the same time, Volkswagen AG and Umicore N.V. target at potentially including additional elements of recycling and refining into the scope of the joint venture at a later stage.

In essence, the JV will support Volkswagen AG in establishing a European battery supply chain and sends a strong signal for the ongoing roll-out of future-oriented battery cell technology in Europe.

In order to develop cutting-edge production technology for its cell plants, Volkswagen AG is investing into Cambridge-based battery start-up 24M, a spin-off from the Massachusetts Institute of Technology (MIT). The goal is to industrialize the 24M technology, a semi-solid process that is an improvement over the dry coating process, in the automotive battery area.

The target is to generate considerable cost optimization in future battery production, by reducing material usage and eliminating several steps from the conventional production process. For this purpose, a new Volkswagen-owned subsidiary will further develop and upscale the technology for automotive applications based on 24M IPs.

Prospective benefits include up to 40 percent less production area, considerable savings on investment and more efficient product recycling, as well as the reduction of the CO2 footprint of battery production. Implementing the process in large-scale production is targeted for the second half of the decade. Completion of this transaction is subject to customary closing conditions.

Volkswagen AG and Vulcan Energy Resources Ltd have signed an agreement regarding the supply of CO2-neutral lithium from the Upper Rhine Valley in Germany. The binding contract focuses on providing lithium hydroxide over a period of five years starting 2026. The product will contribute to securing Volkswagen demand for future in-house cell production both in Germany and Europe. Further aspects of a possible strategic partnership are under negotiation.

Managing Director Francis Wedin: “Through this agreement, Vulcan Energy will become a major enabler of Volkswagen’s world-leading target to produce carbon neutral EVs, including all raw materials in the battery supply chain. We look forward to working closely with Volkswagen Group to build sustainable, local lithium supply for the German and European automotive sector.”

Vulcan is currently developing a project to produce CO2 free lithium in the Upper Rhine Valley using a local and lithium-rich geothermal brine. Its Zero Carbon Lithium project aims to establish a sustainable and regional source of lithium from Europe’s largest deposit. The production process does not require fossil fuels or evaporation ponds.

Umicore is a global materials technology and recycling group. It focuses on application areas where its expertise in materials science, chemistry and metallurgy makes a real difference. Umicore’s activities are organized into three business groups: Catalysis, Energy & Surface Technologies and Recycling. Each business group is divided into market-focused business units offering materials and solutions that are at the cutting edge of new technological developments and essential to everyday life.

24M answers the world’s need for affordable energy storage by enabling a new, more cost-effective solution — SemiSolid™ lithium-ion technology. By re-inventing the design of the battery cell as well as the manufacturing method, 24M has solved the critical, decades-old challenge associated with the world’s preferred energy storage chemistry: reducing its high cost while improving its safety, reliability, and performance. Founded and led by some of the battery industry’s foremost inventors, scientists, and entrepreneurs, 24M is headquartered in Cambridge, Massachusetts, USA. 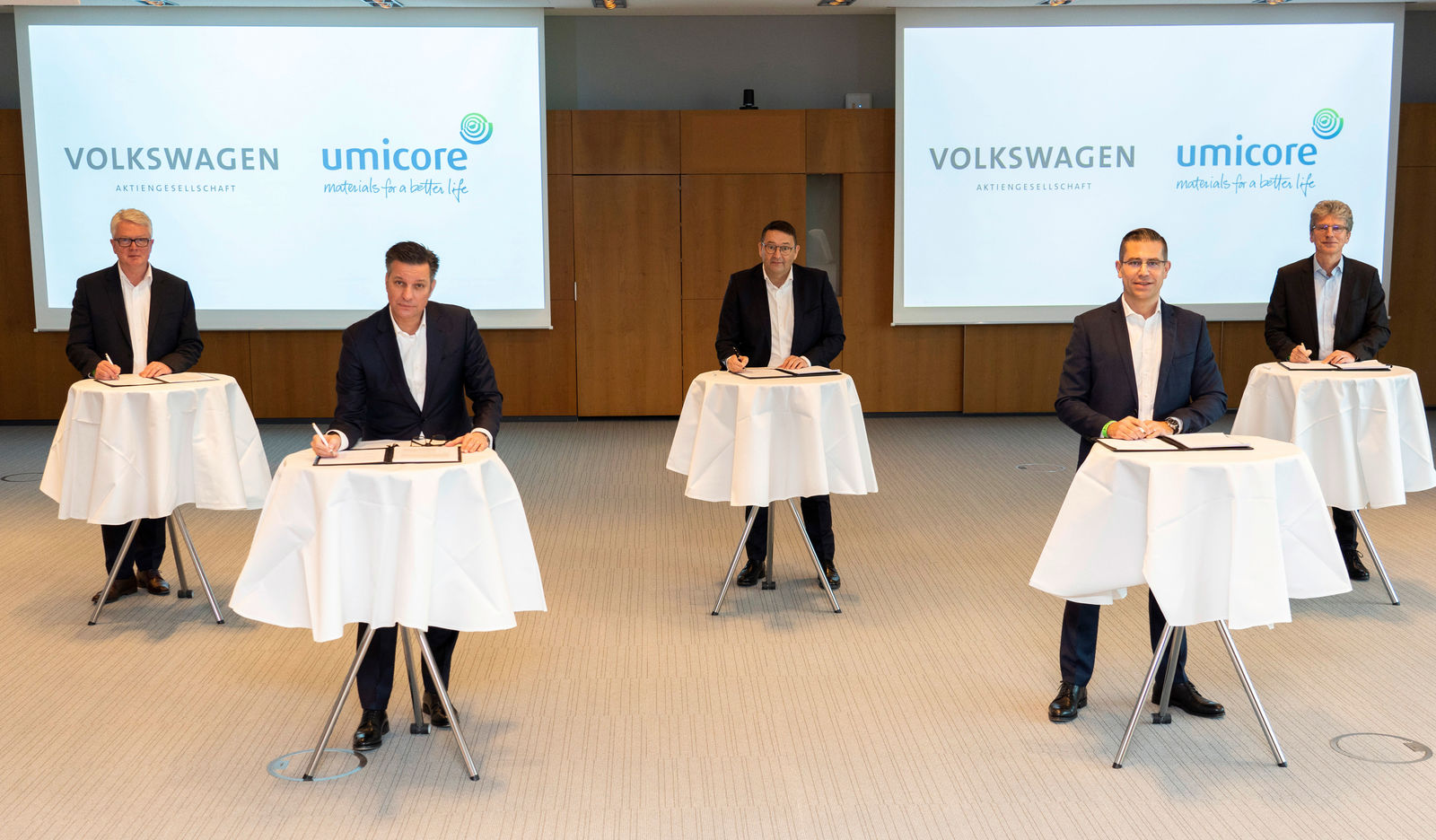 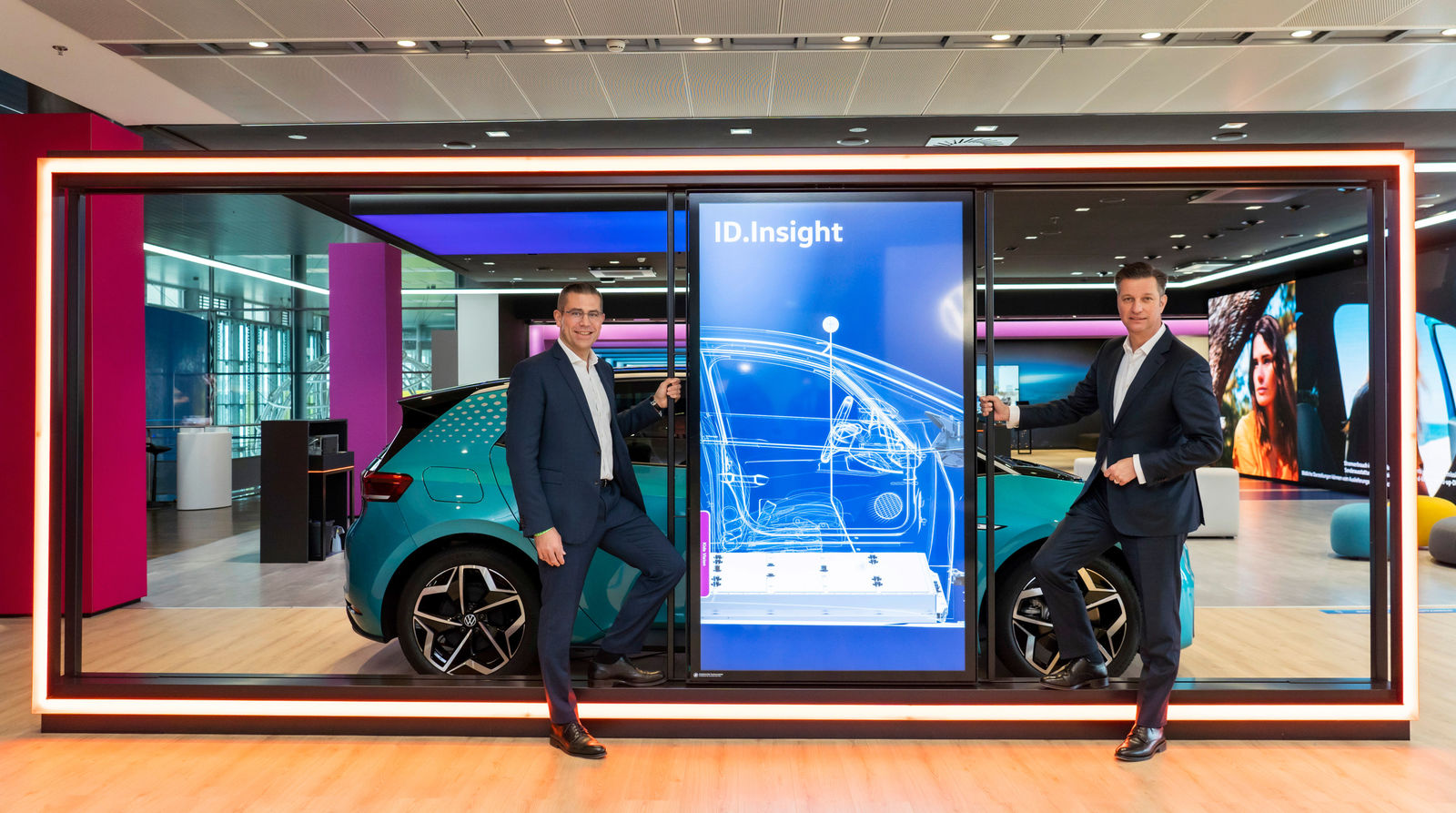 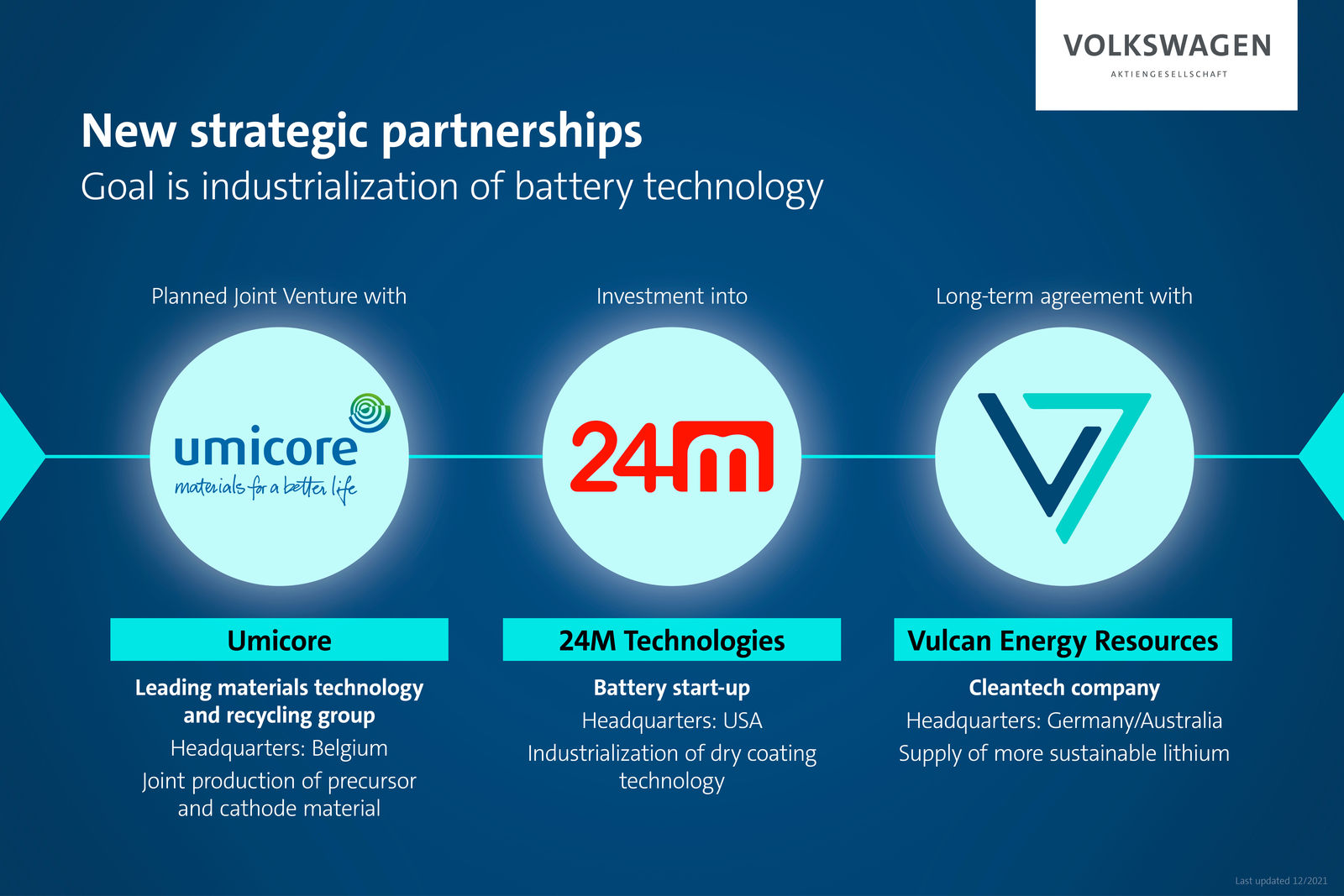 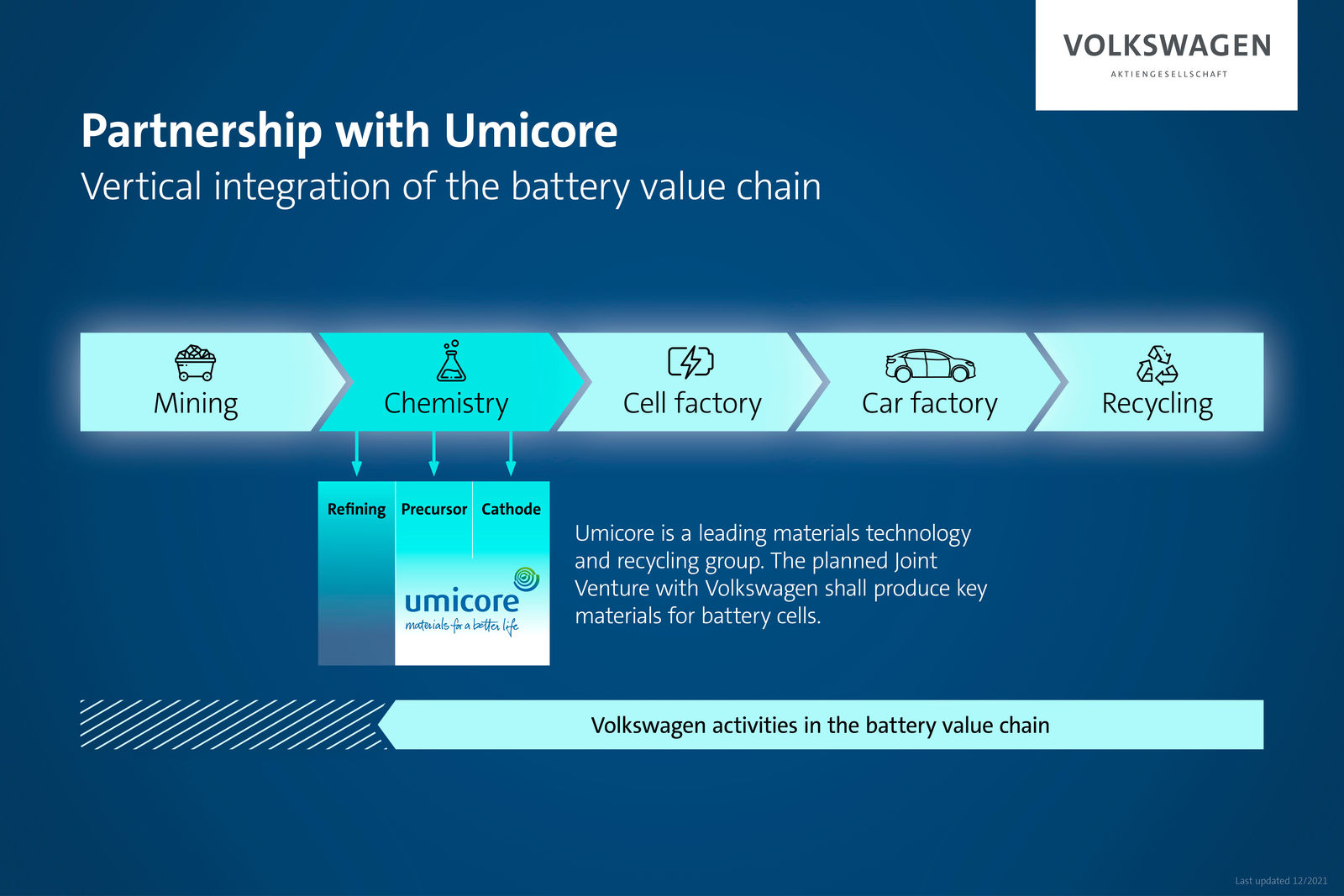 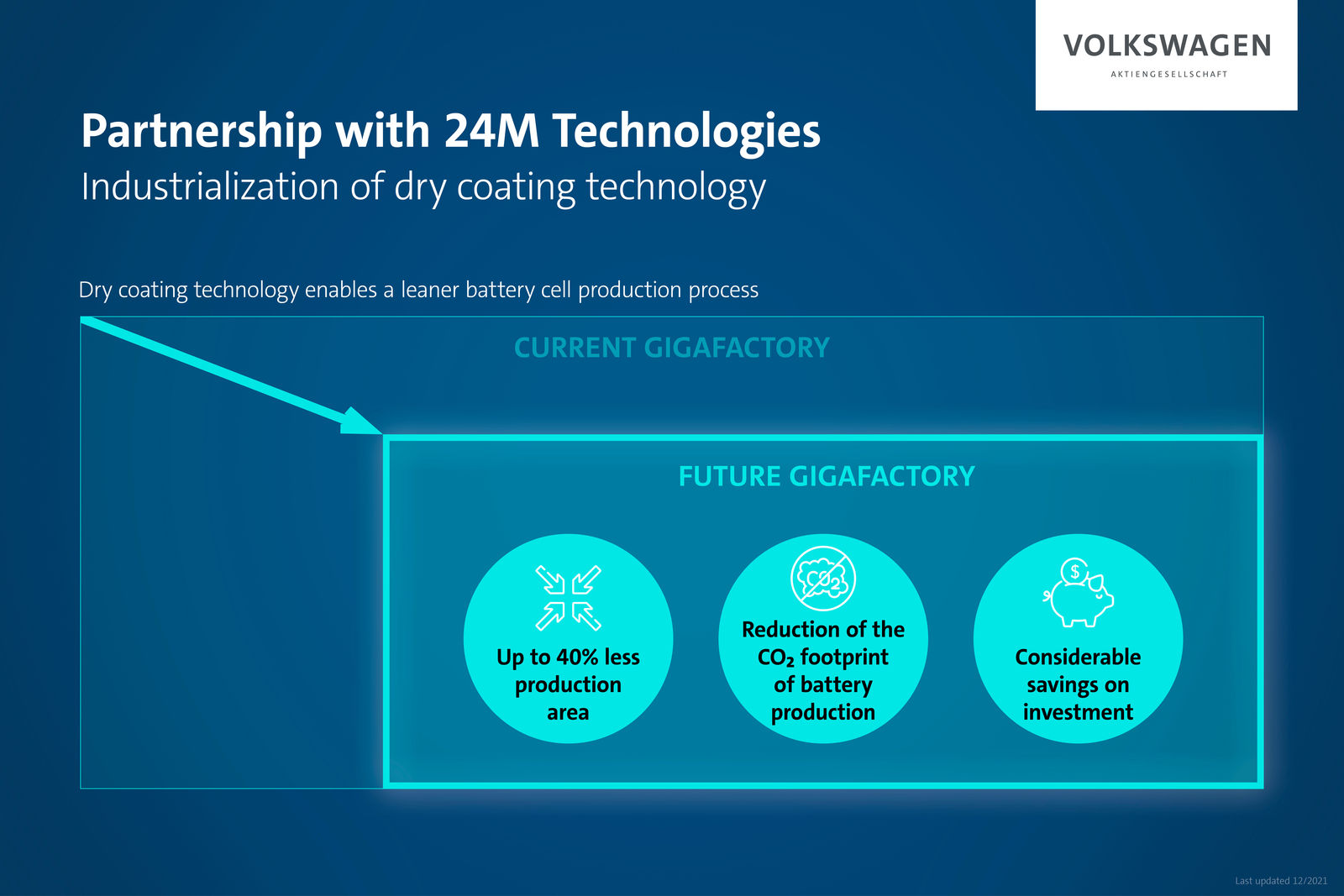