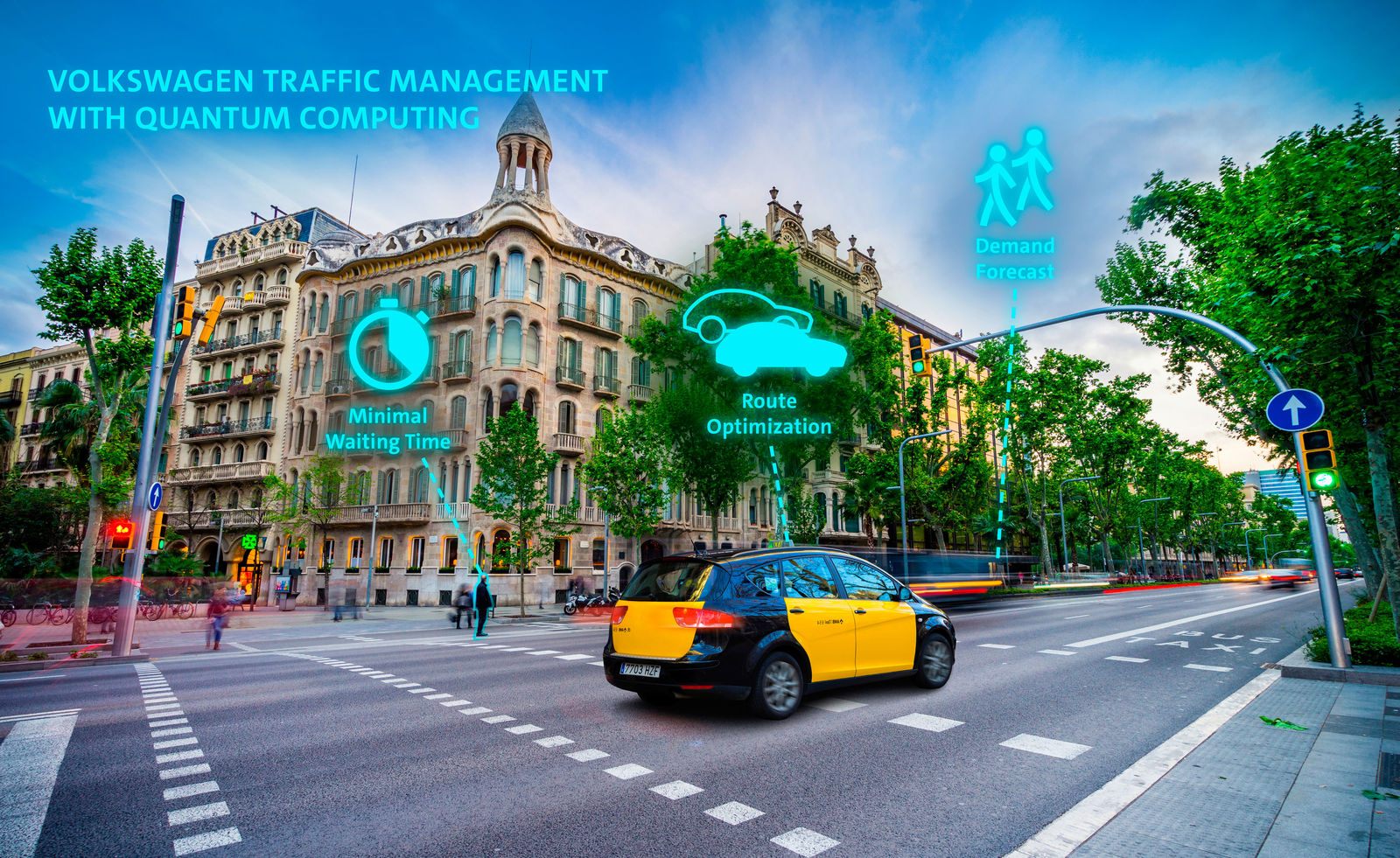 The Volkswagen Group is making further progress with its work with quantum computers. For the first time, Volkswagen experts have succeeded in using a quantum computer to develop a traffic management system that will replace forecasting for urban traffic volumes, transport demand and travel times with precise calculations. As a result, public transportation organizations, taxi companies, and transport service providers will be able to deploy their fleets considerably more efficiently while minimizing waiting times for passengers. Volkswagen and quantum computing company D-Wave are presenting the project at the WebSummit technology conference in Lisbon.

Quantum computers can solve highly complex tasks such as traffic optimization much faster than conventional supercomputers. In some cases, a solution is only possible using quantum computers. Volkswagen sees considerable potential in using this cutting-edge computing technology for building new applications and business models within the company.

“Volkswagen is forging ahead with practically-oriented research on quantum computers and is gaining essential specialist knowledge,” says Florian Neukart, Principal Scientist at Volkswagen’s CODE Lab in San Francisco. “We want to gain an in-depth understanding of applications of this technology which could be beneficial to the company, including traffic optimization. Public transport organizations and taxi companies in large cities are highly interested in managing their fleets efficiently. Our quantum-optimized traffic management system could help make that a reality.”

To develop the new traffic management system, Volkswagen experts first analyze anonymized movement data (from smartphones or transmitters in vehicles) with conventional computers to calculate traffic accumulation and the number of people involved. The second step, optimization, is completed with a quantum algorithm. For example, it’s possible to assign precise numbers of vehicles to different destinations (“demand spots”) on a predictive basis to provide transportation for all waiting passengers.

This would eliminate such costly transportation inefficiencies as taxis and buses driving considerable distances without passengers, long passenger wait times, or a shortage of vehicles in high-demand locations. Public transportation operators could add additional trips to fixed timetables to better align with demand. For Volkswagen, this quantum-optimized traffic management system could be offered as a new commercial service. Volkswagen experts also see application possibilities for their algorithm in traffic infrastructure and vehicle networking, especially as it relates to autonomous vehicles.

The Volkswagen experts first want to test the algorithm in Barcelona as they have an adequate database for this city. They are cooperating with the telecommunications service provider Orange and the data science specialist Teralytics. As a general principle, the algorithm could be scaled up or down for any city.

Highly specialized IT experts from Volkswagen, including data scientists, computer linguists and software engineers, are working together at the IT labs in San Francisco and Munich to develop the potential of quantum computers for applications which will be beneficial for the company. The main focus is on the programming of algorithms on quantum computers. These are subject to different laws than in the case of conventional computers. In the field of quantum computing, the Volkswagen Group is cooperating with technology partners D-Wave and Google, who provide the Volkswagen experts with access to their systems.