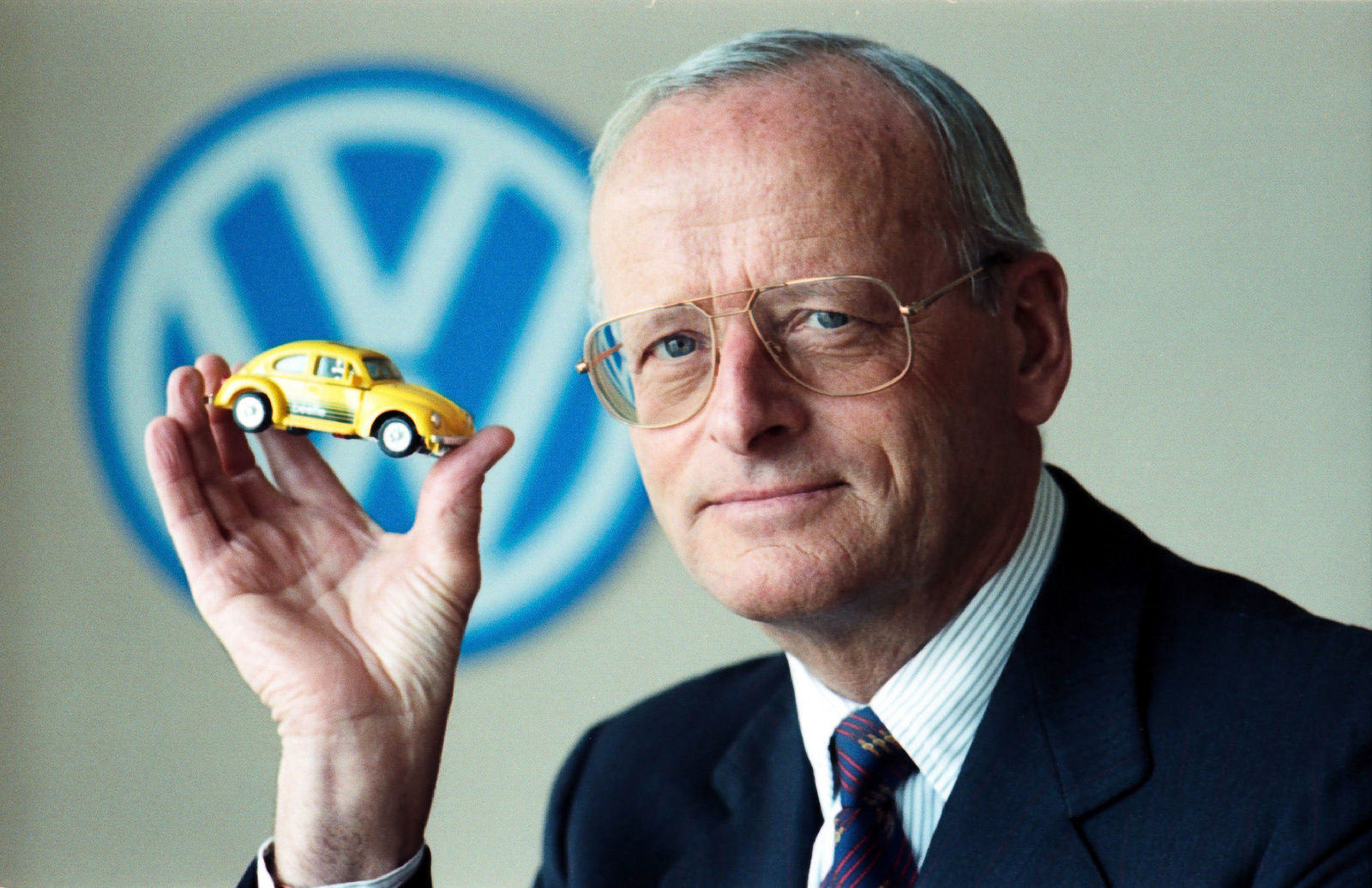 Volkswagen congratulates former Chairman of the Board of Management, Prof. Dr. Carl H. Hahn, on his 95th birthday

Former Chairman of the Board of Management of Volkswagen, Prof. Dr. Carl H. Hahn, celebrates his 95th birthday on 1st July 2021. This provides the perfect opportunity to take a look back at the career of a man still looking ahead with curiosity and great openness ¬– characteristics that made him highly successful as a manager and defined his ten years as Chairman of the Board of Management at Volkswagen in Wolfsburg. From an early stage, Hahn believed in success in China and was the first to realign the automobile industry in Saxony after the reunification of Germany.

Carl Hahn Junior came to Volkswagen, still Volkswagenwerk GmbH, at the age of 28 in 1954. Back then, he was assistant to the managing director at the time, Heinrich Nordhoff. It was he who sent Hahn to the USA in 1959 to set up and lead Volkswagen of America. The “Think Small” advertising campaign for the Beetle, which he developed with the DDB agency, was a memorable one and became a classic. Now iconic, the campaign was truly revolutionary at the time. Hahn’s entrepreneurial courage and vision was rewarded: the advertising concept bore fruit as was hugely successful. Together, Volkswagen and DDB set new benchmarks in advertising.

In 1964, Hahn returned to Wolfsburg as a member of the board with responsibility for sales. During his time on the Volkswagen Board of Management, he was a strong advocate of the multiple-brand strategy. He was the driving force behind the founding of the Audi brand and ultimately laid the foundation for the philosophy behind the current group of brands under Volkswagen AG.

In 1972, Hahn’s career took him to Continental for a few years as CEO, before he returned to Wolfsburg in 1982 as Chairman of Volkswagen AG. In the following years, he set many things in motion within the company. Hahn was instrumental in the company’s success, which continues to this day – with two initiatives in particular: the market launch and successful presence in China, and the development of the state of Saxony into a state-of-the-art automotive site for electromobility and digitalisation. What took great entrepreneurial courage and vision at the time is still contributing significantly to the identity of the Volkswagen Group to this day. In 1992, Hahn moved onto the Supervisory Board, before retiring in 1997. To this day, he has lost none of his interest in Volkswagen and the further development of the company.

During his time at Volkswagen, Hahn, a committed European, always pursued a consistent strategy of globalisation. The Chinese market, which he had on his agenda from the moment he became Chairman of the Board, played a key role in this. Hahn recognised the potential before all his competitors and Volkswagen started the ball rolling in 1983 with a trial assembly of the Santana in Shanghai. Just one year later, Volkswagen entered into a joint venture with the Chinese government, laying the foundation for a new, jointly-operated factory in Shanghai. This was followed in 1991 by a second joint venture with FAW in Changchun, which positioned Audi on the Chinese premium market. To this day, those in China remain grateful to the former head of Volkswagen for showing the right instinct. As recently as 2018, Hahn was crowned “Man of the Year”. He had always believed in success in Asia: “It was not hard to identify the potential here. Not when you consider the efficiency and drive of the Chinese,” he said.

Born in Chemnitz, Saxony still has a very special place in Hahn’s heart. His father, Carl Hahn Senior, enjoyed success as a manager at Zschopauer Motorenwerken (DKW) and Auto Union AG. As such, his son Carl Hahn Junior was familiar with the region’s automotive tradition and believed firmly in the opportunities presented there. After the fall of the Berlin Wall, he was one of the first to invest in the location by bringing Volkswagen to Zwickau. Nowadays, there can be no doubting that this was the right move. Saxony is playing a pioneering role in the fields of digitalisation and electromobility. The plant in Zwickau has become Volkswagen’s prime location for the shift to e-mobility and, as the most efficient factory for electric cars in Europe, is an industrial flagship. Volkswagen in Saxony is ready for the future. This comes as no surprise to former boss Hahn: “With their creativity and high quality standards, the people of Saxony will always forge ahead in industry.”

On 1 July, employees at all Volkswagen sites wish their former Chairman of the Board of Management, Carl H. Hahn, all the best on his 95th birthday. 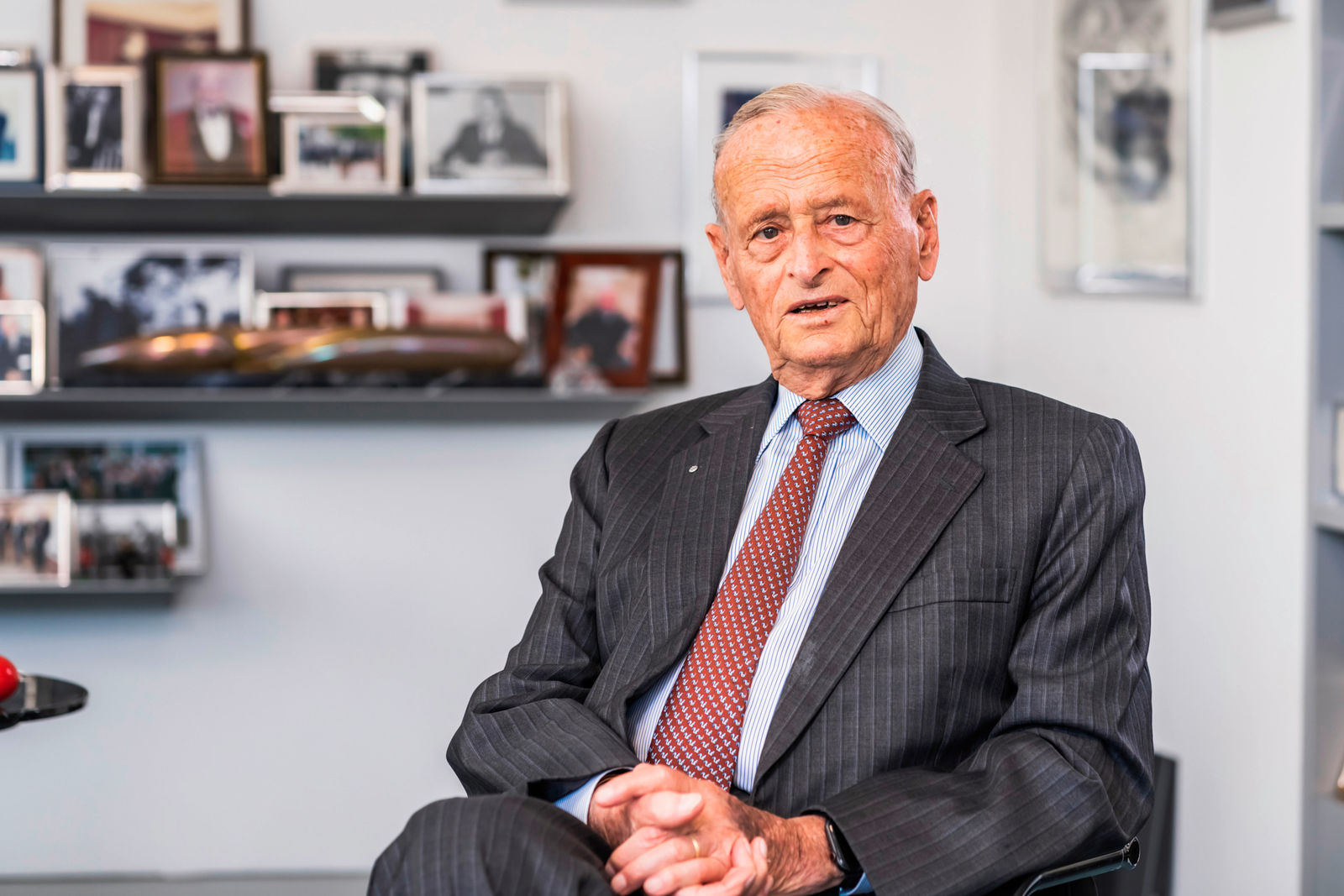