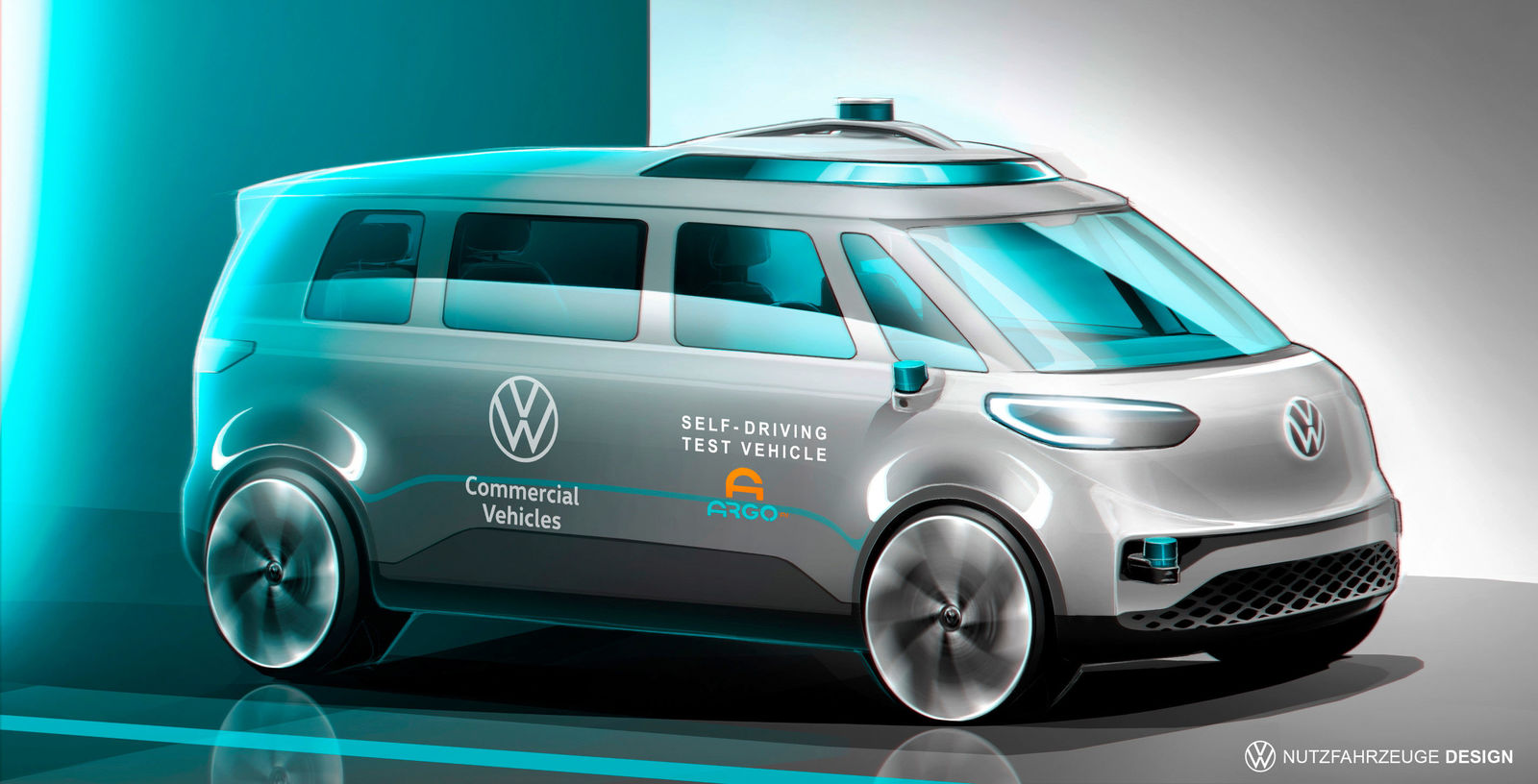 Volkswagen Commercial Vehicles (VWCV) is consistently and rapidly advancing the development and implementation of autonomous driving. “With the confirmation of the group’s supervisory board for our Autonomous Driving R&D program, we are setting the course for the future of mobility. Autonomous, electric driving will make an important contribution to urban mobility and road safety. Our vehicles are the logical first choice to apply such systems to", explains Carsten Intra, CEO of Volkswagen Commercial Vehicles, after today's Supervisory Board meeting of the Volkswagen Group.

The introduction of auto-nomous systems for traffic use in 2025 is currently being prepared at Volkswagen Commercial Vehicles. Christian Senger, Head of Autonomous Driving: "This year, for the first time, we are conducting field trials in Germany, in which the self-driving system by Argo AI will be used in a version of the future ID. BUZZ by Volkswagen Commercial Vehicles. The aim is to develop a ride-hailing and pooling concept similar to what MOIA offers today. In the middle of this decade, our customers will then have the opportunity to be taken to their destination in selected cities with autonomous vehicles."

As part of their cooperation, Ford Motor Company and Volkswagen Commercial Vehicles have invested equally in Argo AI, a company specialized in software platforms for Autonomous Driving. The goal: the consistent and fast development and use of autonomous systems. In addition to the initial investment of one billion US-Dollars, Volkswagen also brought its subsidiary AID (Autonomous Intelligent Driving) into Argo AI. With the budget for the autonomous driving budget now confirmed by the Supervisory Board, VWCV is taking the next significant step towards the future of autonomous mobility.

The commercial vehicle brand is responsible for the development of fully autonomous systems and their commercial use in urban areas. VWCV will develop and build Special Purpose Vehicles (SPV), such as robo-taxis and vans.

Additionally to the investments in Argo AI, the Group is also investing billions in projects of the Car.Software Organisation that develops, in parallel and independently of Argo AI, assisted and automated driving functions up to level 4 for the private mobility sector of all Volkswagen Group brands.

Volkswagen Commercial Vehicles develops the vehicles in which Argo's self-driving system (SDS) will be used. They are based on the all-electric ID. BUZZ, which will have its world premiere next year. The developments are already running at full speed, to not only electrify the iconic Bulli, but to also transform it into a groundbreaking autonomous vehicle with SDS.

About the Volkswagen Commercial Vehicles brand:

‘We transport success’. As a stand-alone brand within the Volkswagen Group, Volkswagen Commercial Vehicles (VWCV) is responsible for the development, construction and sales of light commercial vehicles. They include the Transporter, Caddy and Amarok ranges, which are produced in Hannover (D), Poznań (PL), Września (PL) and Pacheco (ARG). Our vehicles transport construction workers, families and adventurers, bread rolls, parcels and surfboards. Every day they help countless people all over the world to do a good job, they operate as mobile workshops and they bring paramedics and the police to wherever they are needed. Within the Volkswagen Group, Volkswagen Commercial Vehicles is also the lead brand for Autonomous Driving, Mobility as a Service (MaaS) and Transport as a Service (TaaS), and in future will therefore be developing and producing corresponding Special Purpose Vehicles (SPV), such as robo-taxis and robo-vans. In this way we are transporting an entire society, with all its requirements for clean, intelligent and sustainable mobility. Working at the company’s sites around the globe are more than 24,000 employees, including around 15,000 at the Hannover site.