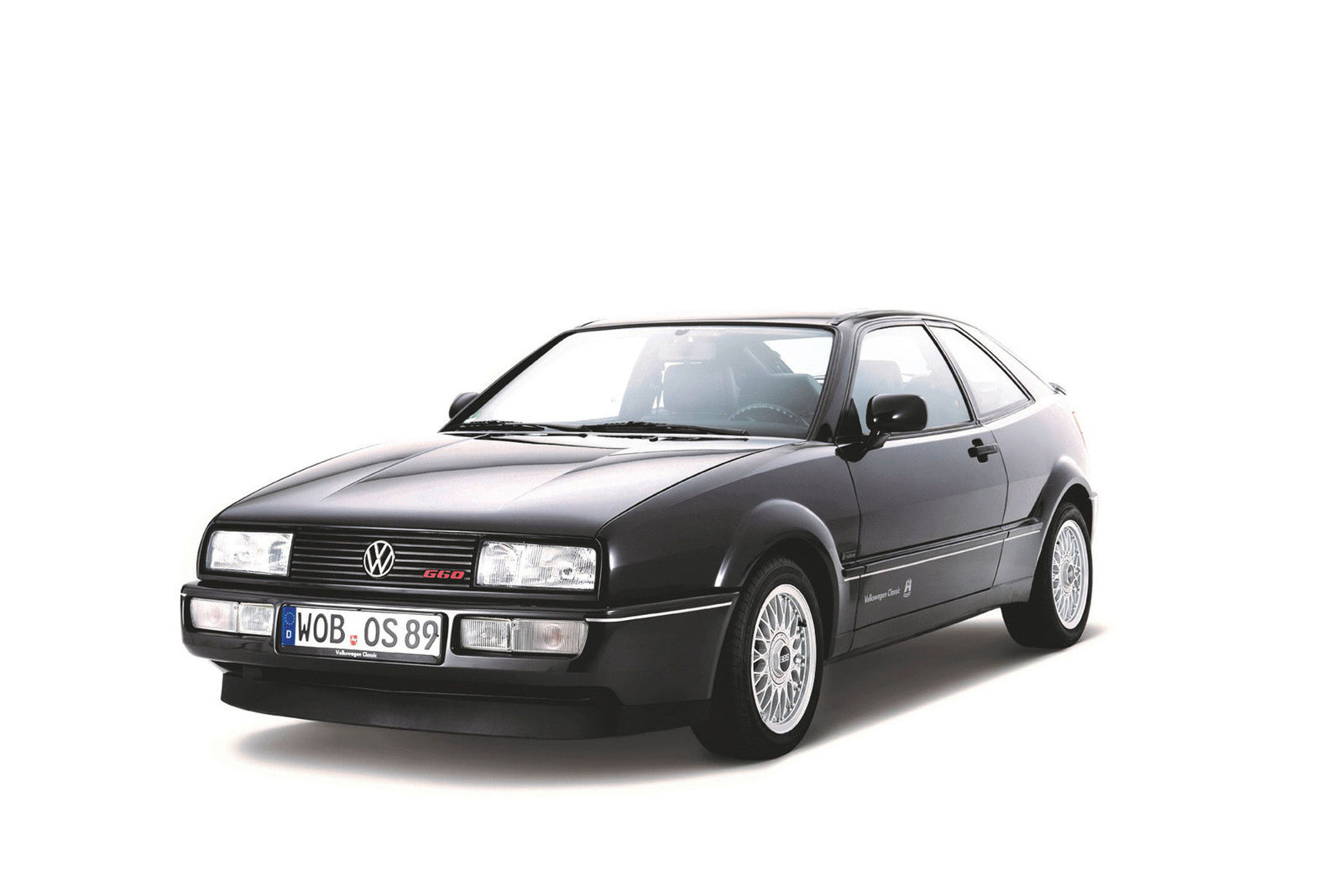 Congratulations, Corrado! The sporty coupé is celebrating its 30th birthday in 2018. The Volkswagen brand is presenting two very exclusive models from this series at the Bremen Classic Motorshow, which begins today.

The Bremen Classic Motorshow traditionally marks the beginning of the new classic car season. Volkswagen is attending the small but impressive classic car show in the northern German city in its own right for the first time in 2018. Its centrepiece will be a sports coupé celebrating its 30th birthday this year – the Volkswagen Corrado. The dynamic 2+2-seater was introduced in 1988 and was originally planned as the successor to the Scirocco II. But the latter continued to be manufactured alongside the Corrado until 1992, while production of the Corrado ceased in 1995.

The Golf II served as the technical basis for the Volkswagen Corrado unveiled in autumn 1988. When introduced, the coupé had a high-torque 1.8-litre four-cylinder engine which was charged by a mechanically powered G-Lader supercharger. This G60 engine boasted power output of 118 kW/160 hp. Two further engines were added to the Corrado range in 1991 – a 2.0-litre four-cylinder engine with 102 kW/136 hp and the top-of-the-range 2.9-litre VR6 engine (140 kW/190 hp) that accelerated the Corrado to up to 235 km/h. The range was extended downwards in 1993 with a 2.0-litre engine offering 85 kW/115 hp.

A specific feature of the sports car made in Osnabrück was the rear wing that was raised automatically to improve the vehicle's roadholding at high speeds. In addition to being delivered within Europe, the Corrado was exported to the USA and Canada.

Volkswagen Classic is presenting two highly exclusive Corrado models to visitors in Hall 5: a prototype with a 154 kW/210 hp 16V G60 engine which was produced by Karmann in Osnabrück in 1989 and later became part of the Volkswagen Classic collection. The second exhibit is equally fascinating: it is the last left-hand drive Corrado to be manufactured – a 140 kW/190 hp VR6 in classic green pearl-effect paintwork, which rolled off the production line on 6 July 1995.

The look of the Volkswagen Classic Parts stand is entirely in keeping with the Corrado, presenting select spare parts from among the extensive Corrado array – featuring everything from model lettering to an entire side panel.

And this isn't the only reason why the Bremen Classic Motorshow is worth a visit: it will once again feature more than 600 exhibitors spread across space of 47,000 m². The total of eight show halls can be comfortably navigated in a day – offering a major advantage over larger and more expansive shows. In addition to the manufacturers' stands, visitors can come and discover more than 100 different club stands and an extensive private spare parts market.