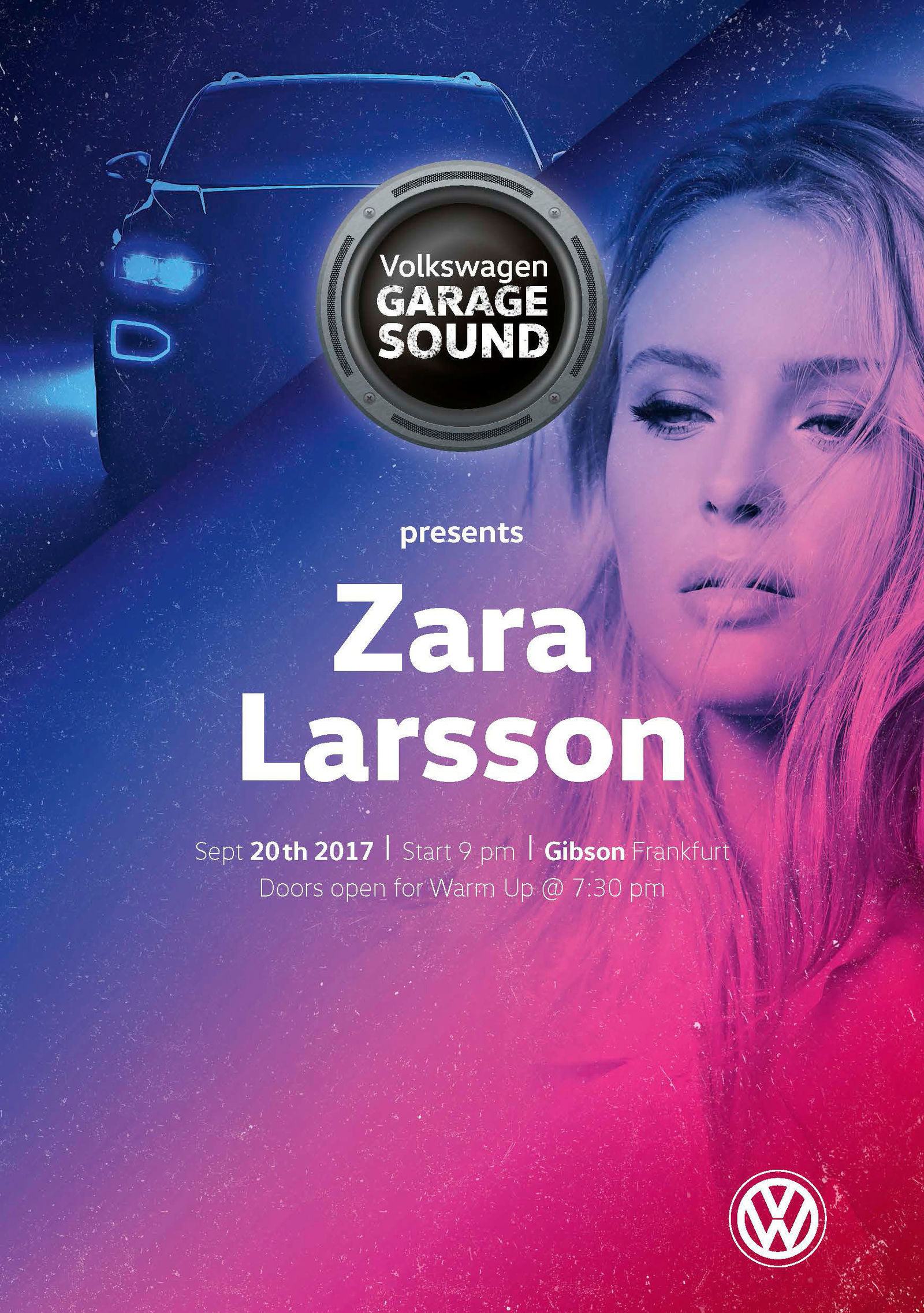 Volkswagen will be receiving support for handling the singer from Sony Music Germany. Daniel Kamps, Director Live Entertainment GSA Sony Music Brands I Live I Licensing, emphasizes: "With our rising global star Zara Larsson, we have found the perfect artiste for Volkswagen as she not only embodies the claim of the new T Roc ‘born confident', but also opens the brand up to entirely new target groups. We are looking forward to 12 exciting months with Zara and Volkswagen, and especially to her Garage Sound gig in connection with the IAA."

Zara Larsson is looking forward to her performance, too: „Really excited to be performing at Volkswagen Garage Sound in Frankfurt! I'm bringing my band and dancers so it's going to be a really fun show!" saying the artist, who made quite a splash worldwide with her hit single „Lush Life" two years ago. This year, her first album „So Good" has been successfully released.

Volkswagen Garage Sound is an international concert series strongly focusing on 360° digital communication campaigns associated with new products which are being launched. Since 2015, international stars like Jessi J, Charli XCX und Anne-Marie have thrilled up to 1,000 fans with concerts in an intimate atmosphere. In addition to the live events, music fans can also experience Volkswagen Garage Sound in the digital media.