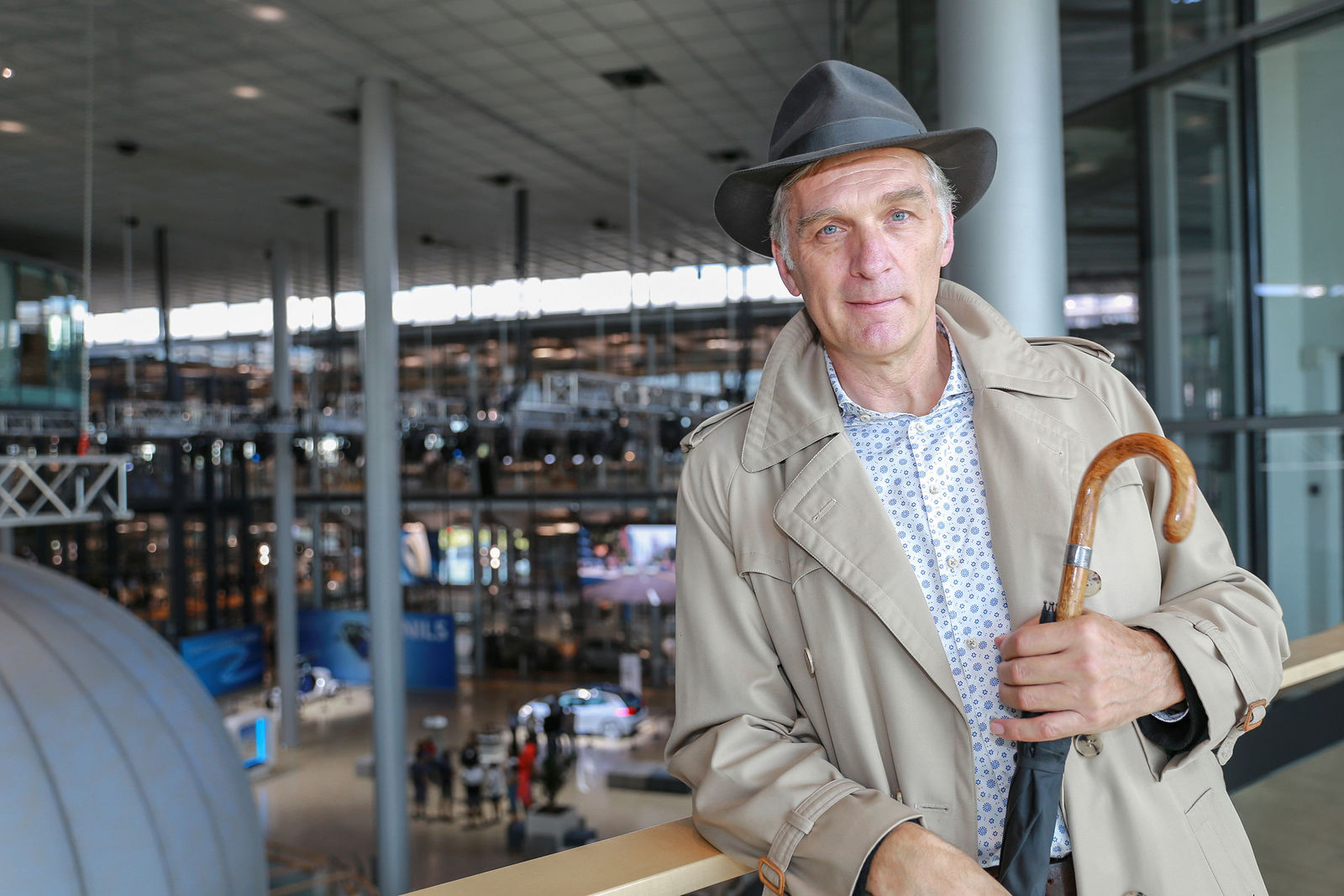 Walter Sittler plays Erich Kästner. In the background: The experience world of the Transparent Factory, which is transformed into the stage on the 1st weekend of Advent.
08/22/19
Dresden
Company
Press Release

On the 120th anniversary of Erich Kästner’s birth, actor Walter Sittler takes on the role of the famous Dresden-born author once again – this time with scarf and skis in tow. In this play, their third based on the life and work of the best-selling author, director Martin Mühleis and composer Libor Síma bring a wintry Christmas story to the stage. The premiere will run on Saturday, 30 November in Kästner’s hometown of Dresden. Volkswagen is also providing Dresden’s Erich Kästner Museum with a Crafter panel van which is traversing rural regions with less well-developed infrastructure throughout Germany as a mobile showroom.

“Erich Kästner deserves a place among the great authors who, by speaking about their own internal worlds, explain the world as a whole,” says Walter Sittler in an interview in the author’s hometown.

“The Gläserne Manufaktur is the perfect venue. We are very happy that the premiere is happening here in this special anniversary year. Walter Sittler is the perfect person to play the humorous and sharp-tongued Mahner Kästner, whose words are more poignant today than ever. He very subtly manages to bring Kästner to life in the hearts and minds of the people watching,” says Jana Heinrich, who is responsible for Marketing & Events at the Gläserne Manufaktur.

This wintry story is a montage of essays and accounts, Christmas poems and excerpts from the author’s novels. Winter was a very special time for Erich Kästner, and no fewer than six of his most beautiful stories such as “The Flying Classroom” and “Three Men in the Snow” take place during the colder months. As a chronicler of his own time, Erich Kästner used the subject of “Christmas” to analyse the period’s society and people. This Christmas programme is typical of Kästner with its melancholic and ironic texts, humour and matter-of-factness that all go to show how relevant his observations still are today. Libor Síma also composed the music for the previous two Kästner plays. For Sittler’s programme, he composed a new arrangement of the most beautiful European Christmas songs for a German literary-musical review of the 1920s to the 1950s.

Following the premiere on Saturday, 30 November at 8 pm, two further performances will take place at the Gläserne Manufaktur on Sunday, 1 December at 3 pm and 7 pm. Tickets will go on sale at the Gläserne Manufaktur and all the usual ticket offices on Saturday, 24 August at 10 am. Tickets are also available online at www.glaesernemanufaktur.de. There are three price categories: €39, €49 and €69 incl. VAT plus a booking fee. Following the performances in Dresden, the play go on tour around the German-speaking countries.