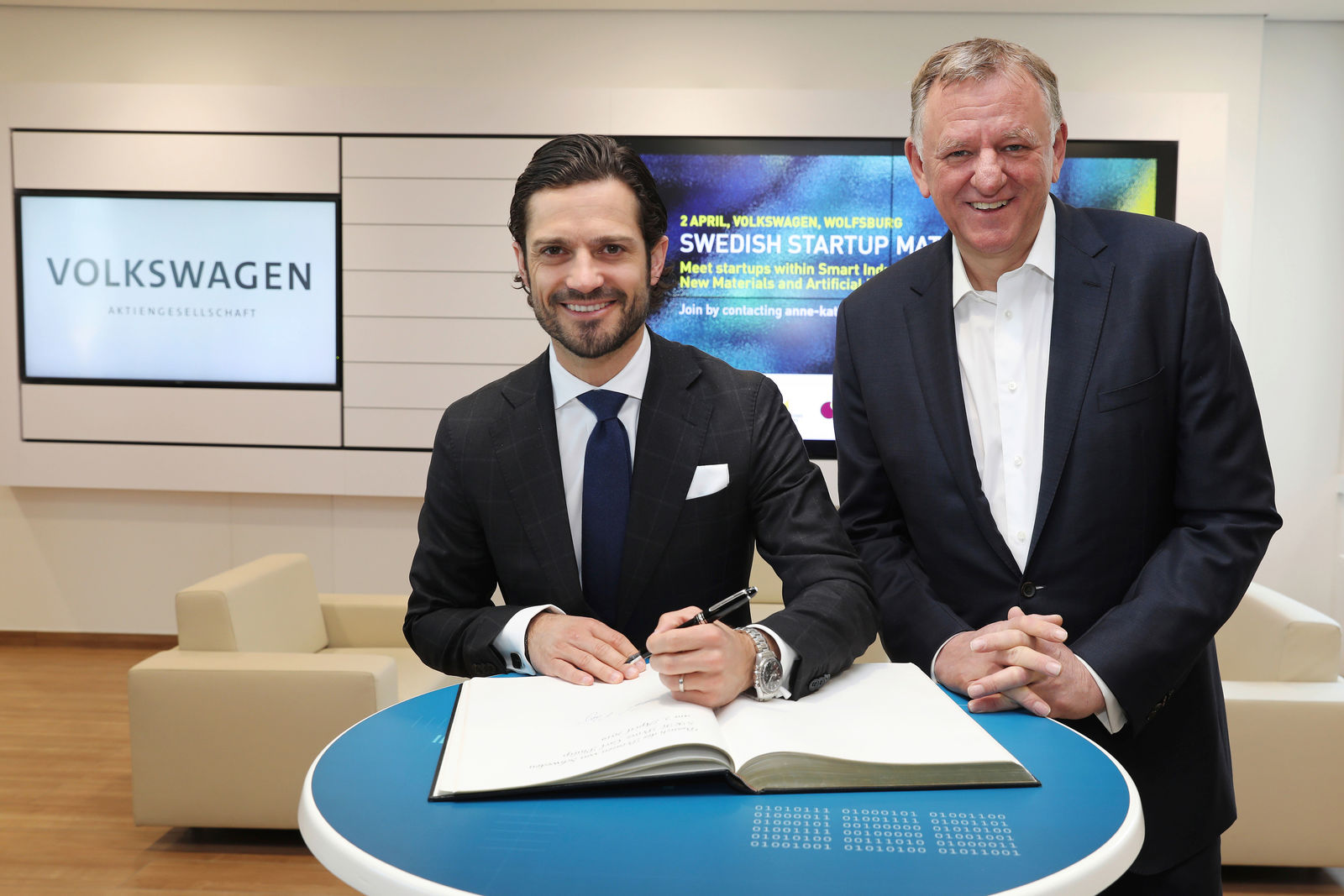 Sweden is the Partner Country of Hannover Messe 2019. During his official visit to Germany, Prince Carl Philip was welcomed by Volkswagen Group representatives in Wolfsburg and found out more about the company’s e-mobility strategy. The Swedish Prince was one of the first to test the Group’s new generation of electric cars, including models from the Volkswagen ID. family. Sweden is one of Europe’s largest markets for electric vehicles.

Andreas Renschler, CEO of TRATON SE and a Member of the Volkswagen Aktiengesellschaft Board of Management, said: “Sweden is a role model in the area of climate protection. Today, more than half of the electricity generated already comes from renewable sources. That is an essential prerequisite for making e-mobility sustainable for passenger cars as well as trucks and buses.” He went on to say: “We have several innovative e-mobility projects in Sweden, for example, Scania will soon begin testing self-driving electric buses for Stockholm’s public transport system.” Sweden is one of Europe’s largest markets for electric vehicles and therefore an important sales market for the Group’s electric models.

With reference to Prince Carl Philip’s test drives, the Volkswagen Brand Board Member for Technical Development, Dr. Frank Welsch, commented: “Prince Carl Philip of Sweden is a talented racing driver and an expert on cars. He was a successful participant in the Porsche Carrera Cup Scandinavia from 2008 to 2011. And he visited the Rally Sweden and the Volkswagen Motorsport team. I am delighted that an acknowledged specialist is one of the first to test our new generation of electric vehicles that will hit the market from 2020. Sweden will be one of the major sales markets for our ID.”

His Royal Highness Prince Carl Philip met with 34 Swedish startup entrepreneurs in Germany for Hannover Messe 2019 on his visit to the Volkswagen Smart.Production:Lab in the IT:City, Wolfsburg. These selected startups participated in an Innovation Day at Volkswagen where concepts and innovations such as electrically-powered automated transport concepts and virtual reality solutions as well as machine learning and artificial intelligence software tools were presented. The event was designed to intensify Swedish-German cooperation in the field of innovative manufacturing technologies and Industry 4.0.

The Volkswagen Group is one of the largest industrial investors in Sweden. Scania invested €2.4 billion in Sweden in the last ten years. Scania produces trucks and buses in Europe, South America and Asia and is one of the world’s leading manufacturers of sustainable transport solutions. 96,500 trucks and buses were delivered to customers in 2018 – 19,000 of which were built at the Swedish plant in Södertälje. 20,700 of Scania’s total workforce of 52,100 are employed in Sweden.

In early 2018, Scania invested €10 million in the battery manufacturing company Northvolt. The collaboration concerns the industrial scale production of battery cells. A joint research consortium called European Battery Union led by Volkswagen and Northvolt was announced recently. The consortium is applying for funding from the German Federal Ministry for Economic Affairs and Energy to finance the research, development and industrial scale production of battery technology. 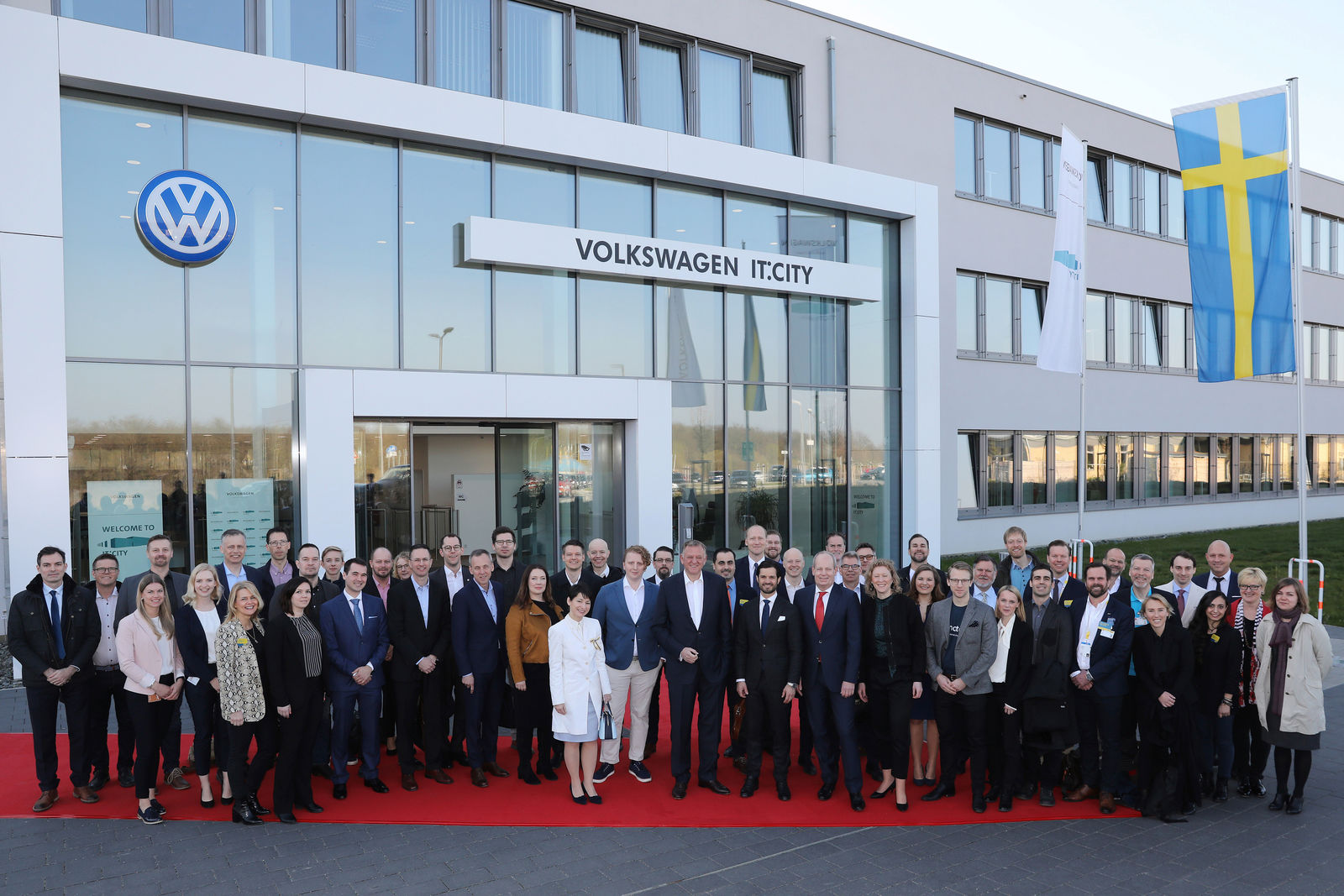 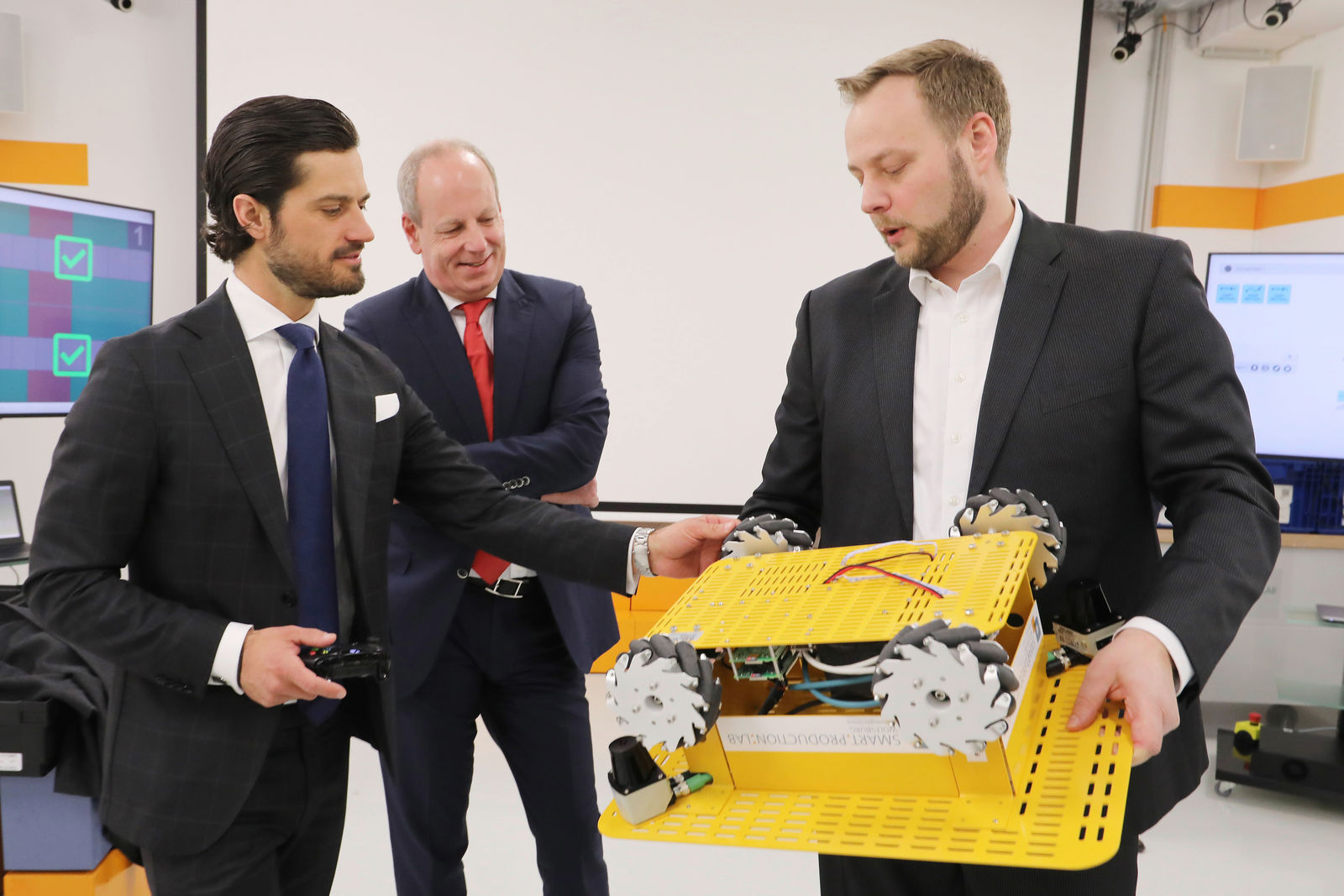 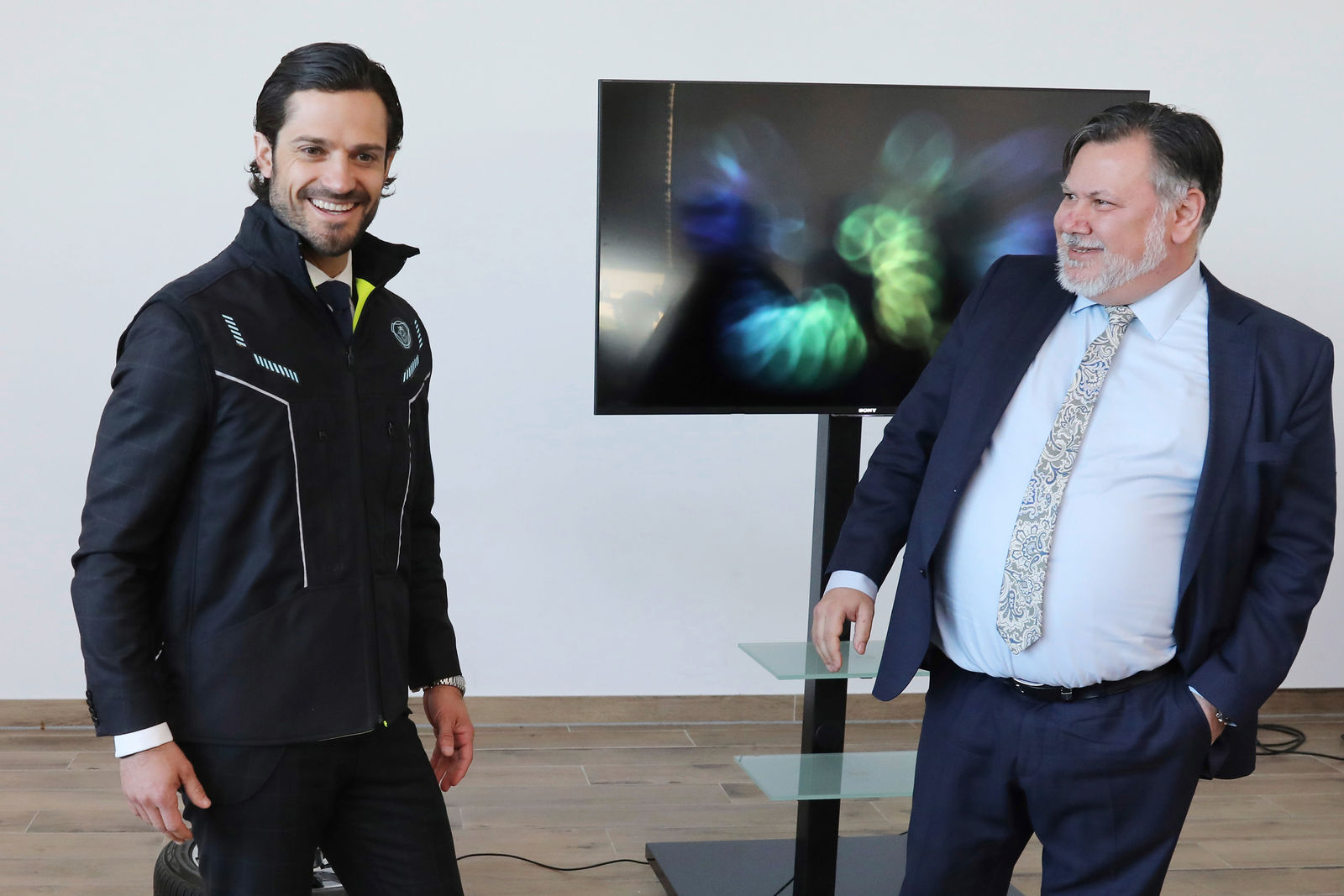 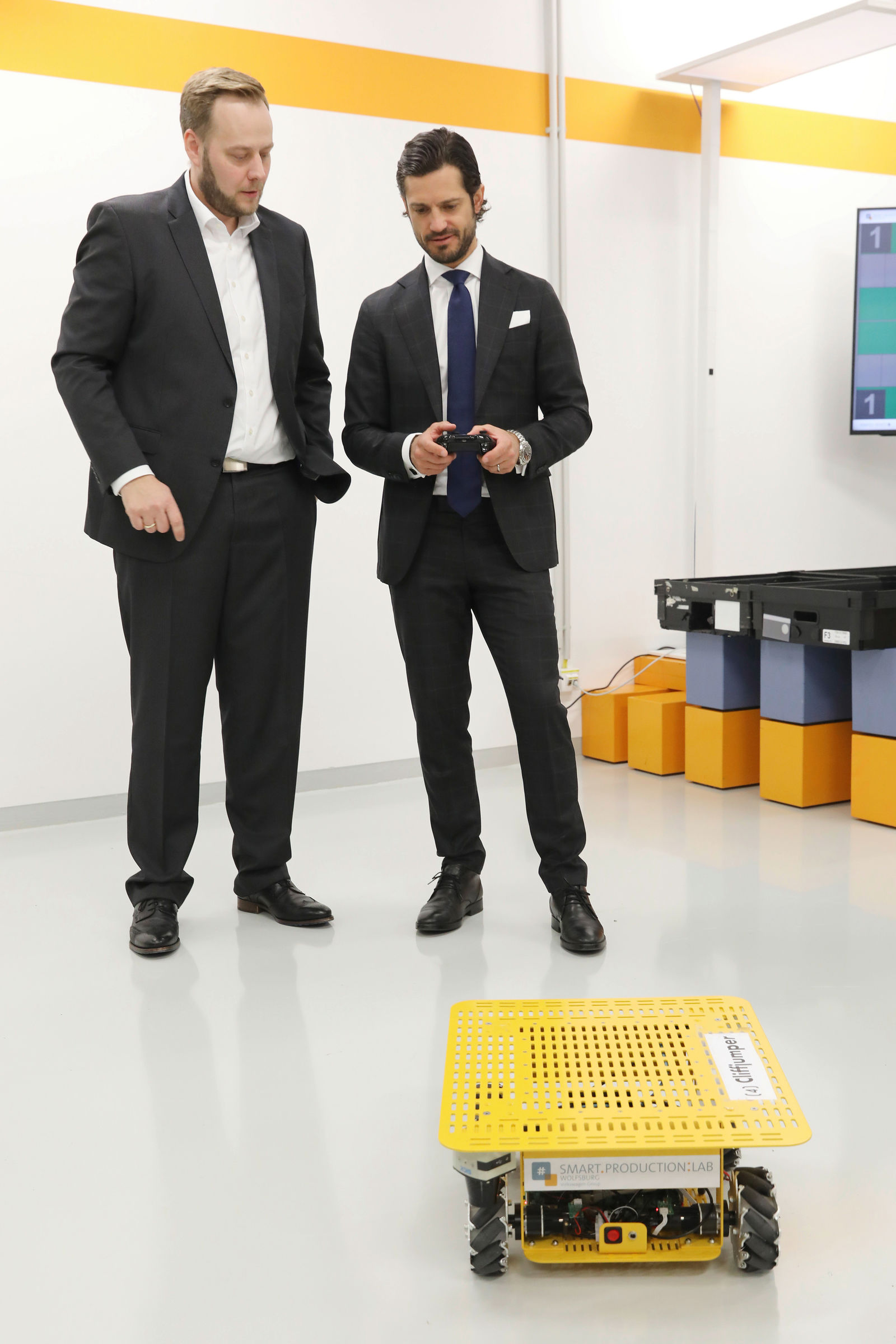