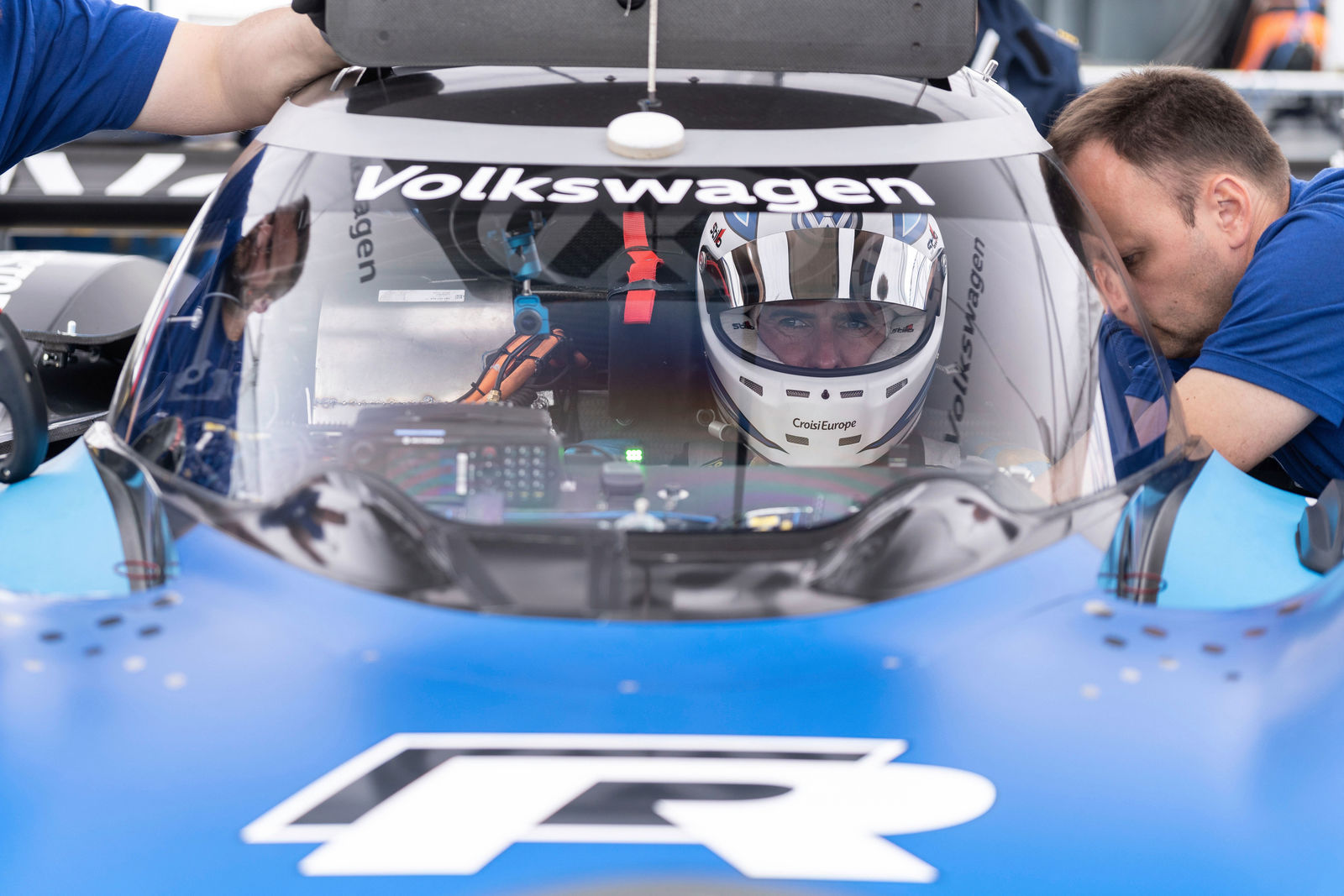 Onboard video showing the ID.R’s record lap on the Nordschleife

6:05.336 minutes. During this time, Romain Dumas (F) lapped the Nürburgring-Nordschleife in the Volkswagen ID.R. An onboard video from the driver’s perspective shows what it feels like to drive around the legendary circuit at an average speed of 204.96 kilometres per hour. The impressive performance capabilities of electric drive from Volkswagen can be experienced right up close – this was the fastest lap ever driven in an emission-free racing car on the 20.8-kilometre-long race track in the Eifel.

Within just twelve months, Volkswagen Motorsport has already set three track records with the ID.R. On 24 June, 2018, Dumas won the famous Pikes Peak International Hill Climb (USA) with an impressive track record of 7:57.148 minutes. Barely three weeks later, the Frenchman drove the ID.R to a new best time for electric vehicles of 43.86 seconds at the Goodwood Festival of Speed in England. Now, the e-record on the Nordschleife has followed.